If hair really were a woman’s crowning glory, there would be no need for tiaras, earrings, barrettes or diamond-encrusted crowns, right? In fact, women love hats. Just look at little girls playing in a closet. 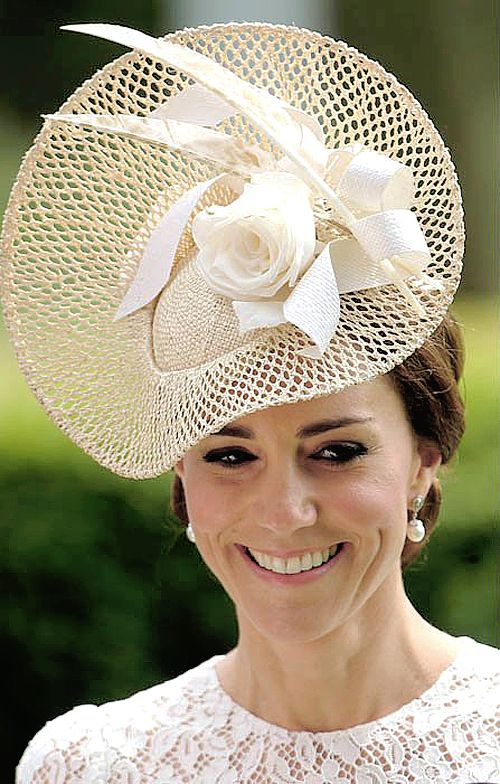 It is the fastest way to change a look, to hide in plain sight, to dress up or dress down. Then there are the enduring celebrations where hats are de rigueur. Like the Kentucky Derby, Royal Enclosure at Ascot or the Women’s “Hat Lunch” to support New York’s conservatory garden in Central Park. 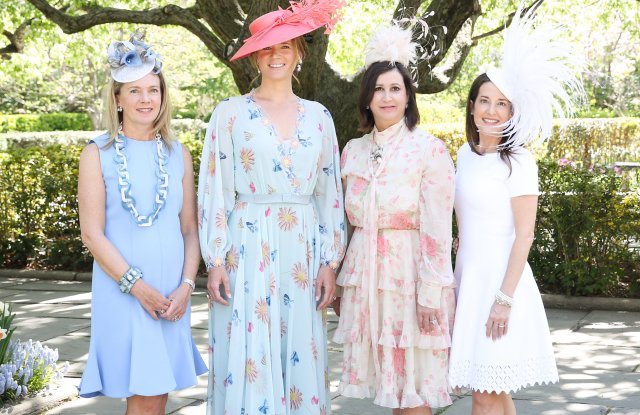 Just this week, these two women, who didn’t know each other, bonded over an over-the-top floral hat at Bergdorf Goodman’s that is selling for $2400.  No matter your style, hats make fashion fun. 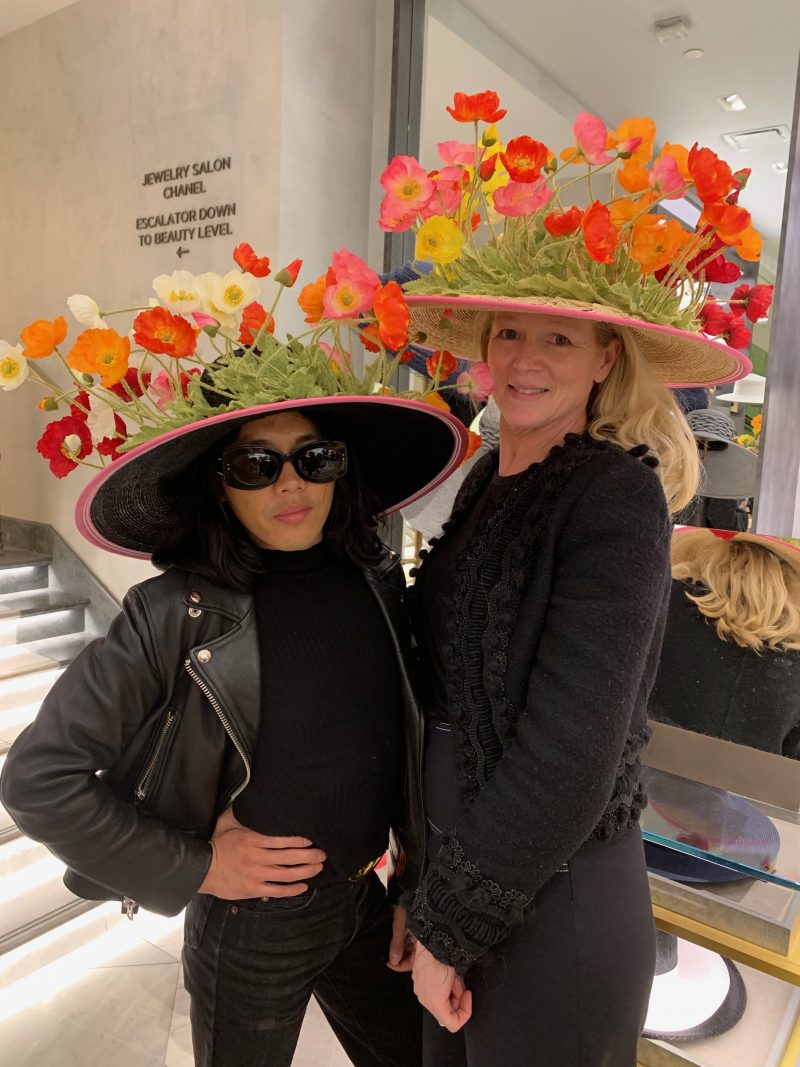 Vizcaya, in Miami, has already had its hat luncheon for 2020 at where 350 of the city’s fanciest young women turn to Suzy Buckley’s Shapo hat shop for some whimsical finery, then give a substantial amount of money for preservation for the Italianate villa on the water.

Of course the British love wearing hats, especially for weddings. I  traveled to a formal wedding in Germany once, carrying a hat I bought on the way to the airport, something from a jumble shop on Lincoln Road in Miami Beach. When I changed planes in London, I was joined by a parade of elegant swans carrying Philip Treacy hat boxes, all heading to the same wedding, so I knew right away I was going to be outclassed. Philip Treacy, by the way, although he is known for his witty fascinators and  little wispy billowy designs,  also did a line of sturdy hats based on orchids. 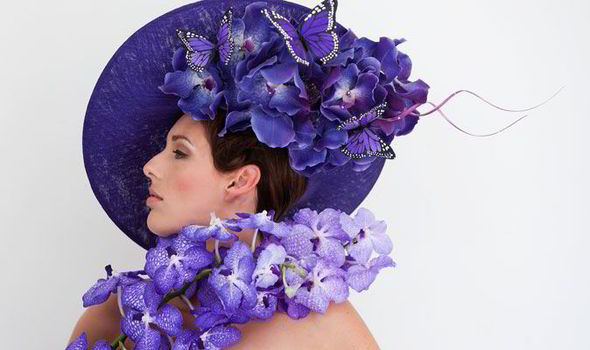 Big or small, his hats start around $500 and go up, steeply.

Back to me at that wedding in Germany. Without a Philip Treacy hat. There were nighttime festivities in a forest, music and dancing by a lake on the family property, while the local gentry discussed boar hunting. The day of the wedding, I picked some flowers, tucked them into the hat band and sat there, quite happily, watching my friend, a minor royal, get married in her family’s chapel, to a man in a morning coat and top hat. After all, I was wearing a hat. I was properly dressed. The flowers made me feel secure. They weren’t expensive but natural and pretty. Some simple flowers elevate anything. 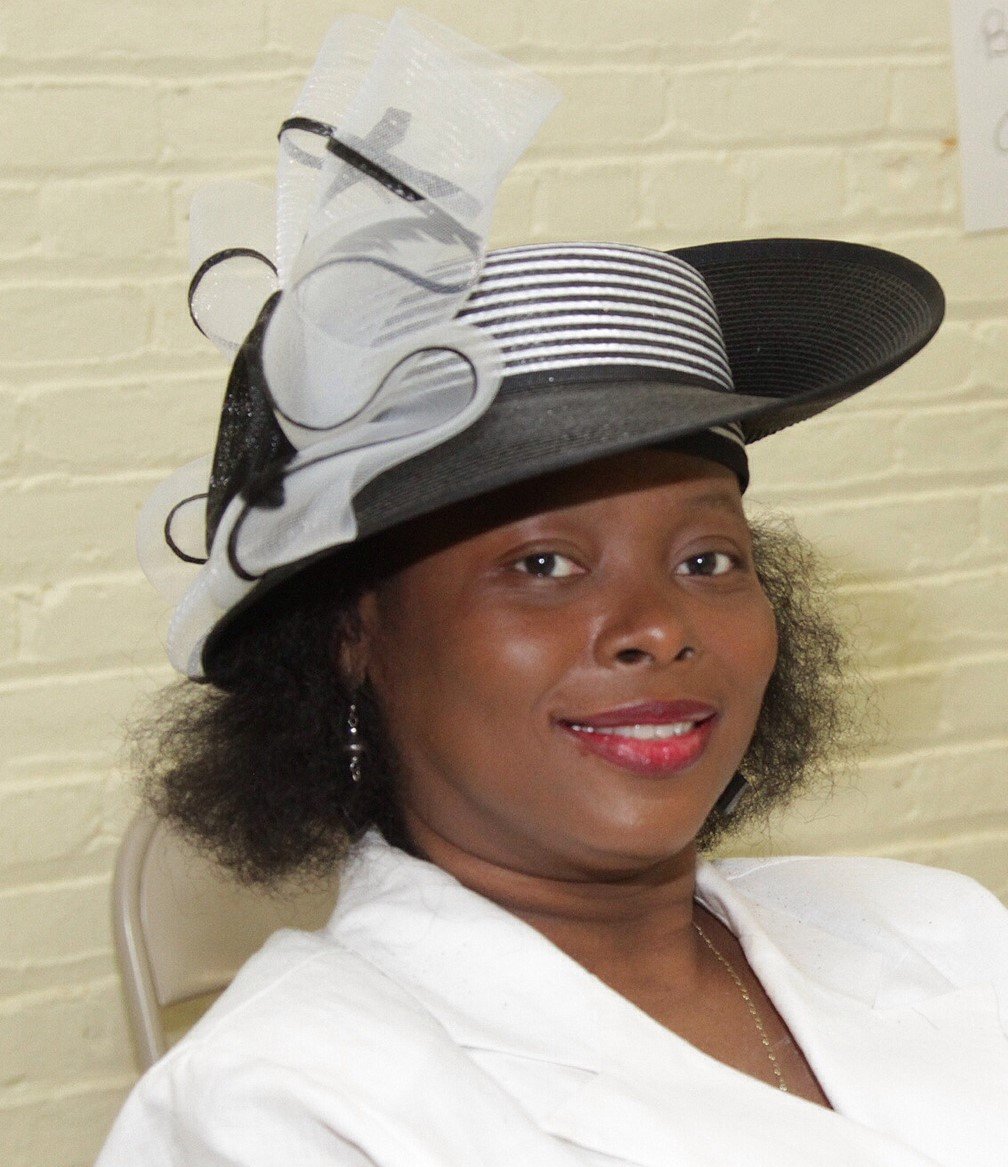 Then there are the church hats of my childhood. Oh my. Those are a subject unto themselves.  Southern ladies have carried on the tradition of wearing extravagant church hats. One of  them noted, “It makes me stand up a little taller.” You almost have to.

And it’s not like those hats are blocking anyone’s view of a movie screen. The point during worship is to look inward, after all.

Erykah Badu was once known for her elaborate head wraps, and some black entertainers carry hat-wearing with them onto the red carpet. 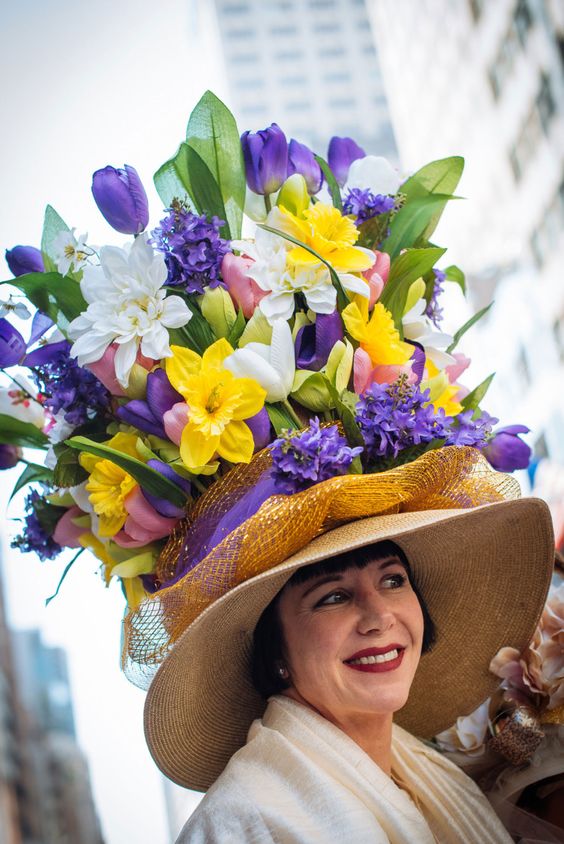 Easter bonnets have become something of a joke. They haven’t attracted the respect of other holidays. But we say, who cares? Wear a hat. It’s fun. 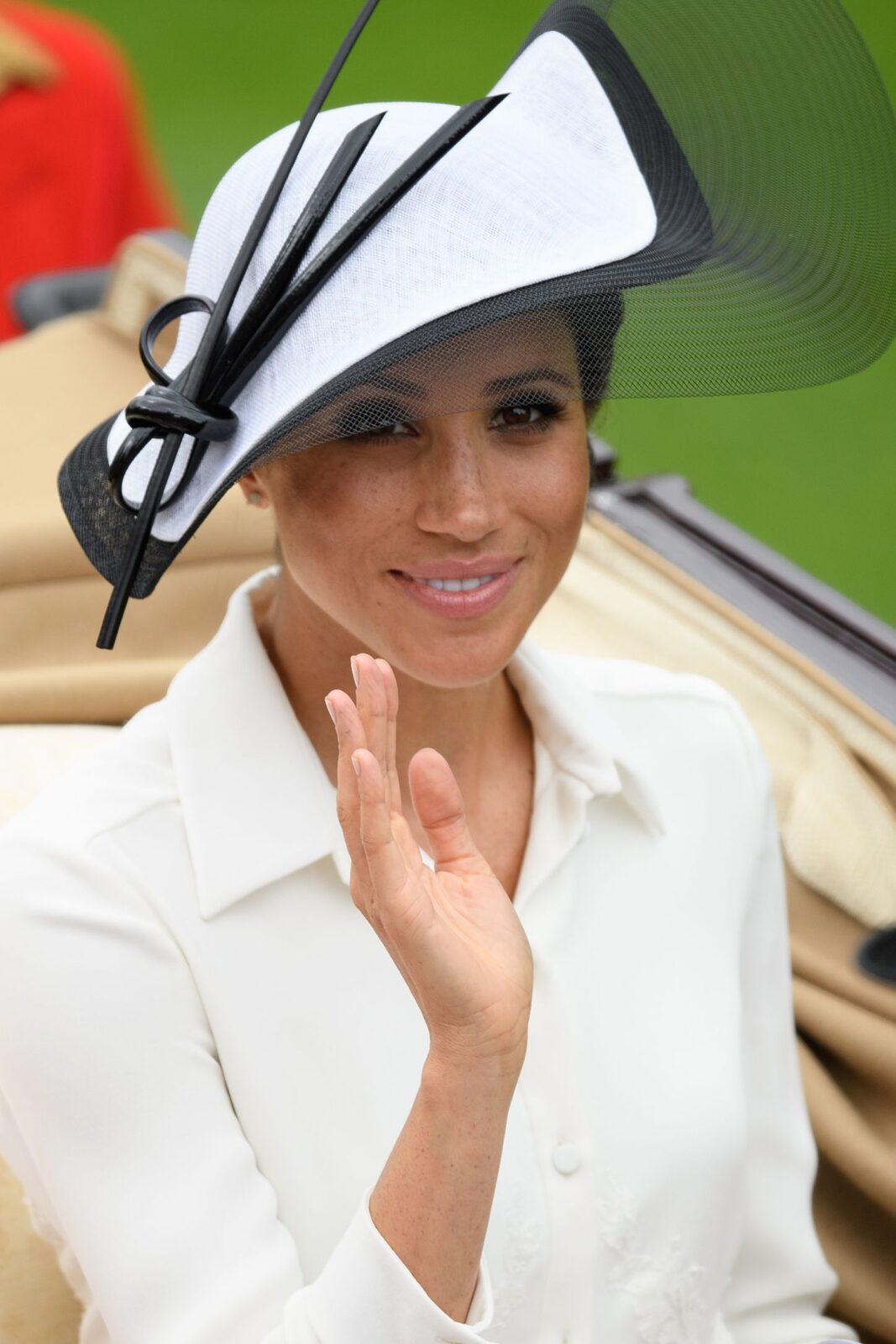 The two lovely young duchesses now prancing around Windsor in London have certainly upped the style quotient of wearing hats, although they both have been caught hatless more often than was thought proper just a few years ago.

One place the Royals are expected to wear hats, of course, is at the Royal Ascot races in June, where their hats must have a base of at least four inches. (Is there a hat monitor who checks these things? Are there stand-by hats for women who arrive with a too-small hat?) Meghan Markle arrived last year in a smart black-and-white (wait for it) Philip Treacy. She also wears Stephen Jones’s hats, not as frisky, but certainly not stodgy either.

In America, the parallel event comes in May with the Kentucky Derby. Here there is no worry about a hat being too small.

Etsy begins offering Kentucky Derby and Kentucky Oaks (the race for fillies) hats as early as January, with prices running from $25 to $300. Most hat makers on Etsy request at least three weeks for an order. 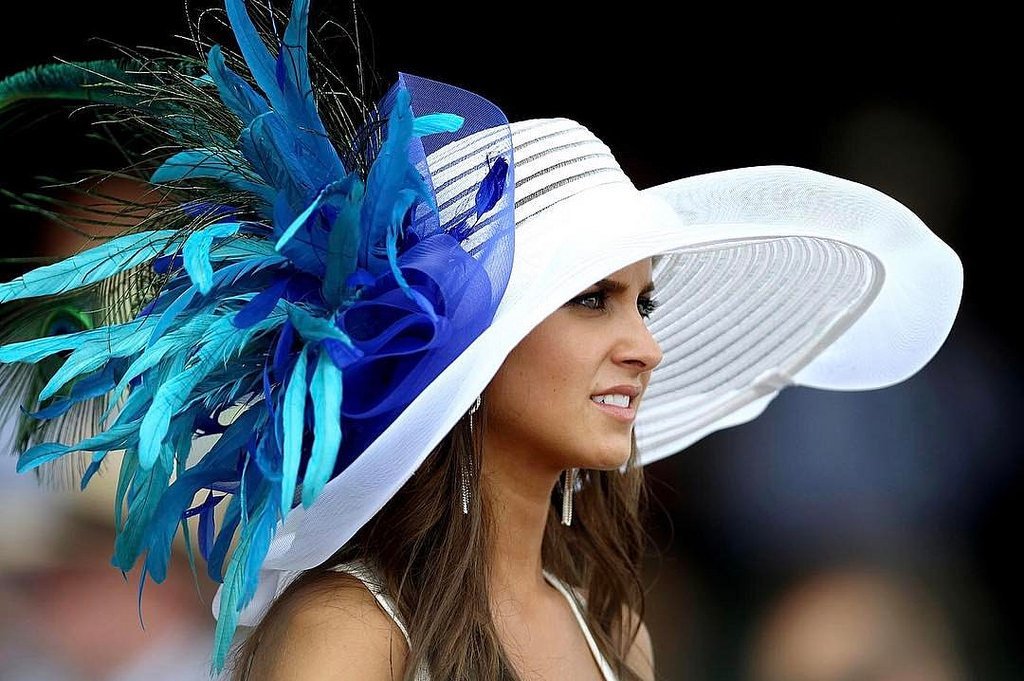 Another popular milliner is Eric Javits, who creates beautiful designs for women across the country. His custom designs are often seen at the New York City hat luncheon. If you are still puzzled by the term “fascinator,” here is an example by Philip Treacy that was widely ridiculed as the “pretzel.” It was worn by Princess Beatrice to the wedding of Prince William and Kate Middleton in 2011. It was not flattering, perhaps, is the best that can be said. Treacy defended it as “modern.”

High-end milliners aren’t as plentiful as they were at other periods of history. The word entered the English language in the 15th century as “milaner,” someone from Milan, Italy, who sold fancy goods, straw hats, ribbons, silk and lace and worked mostly in big cities. Turns out Halston, Jeanne Lanvin, Coco Chanel, Elsa Schiaparelli and the photographer Bill Cunningham all started as milliners and went on to careers at the apex of fashion. 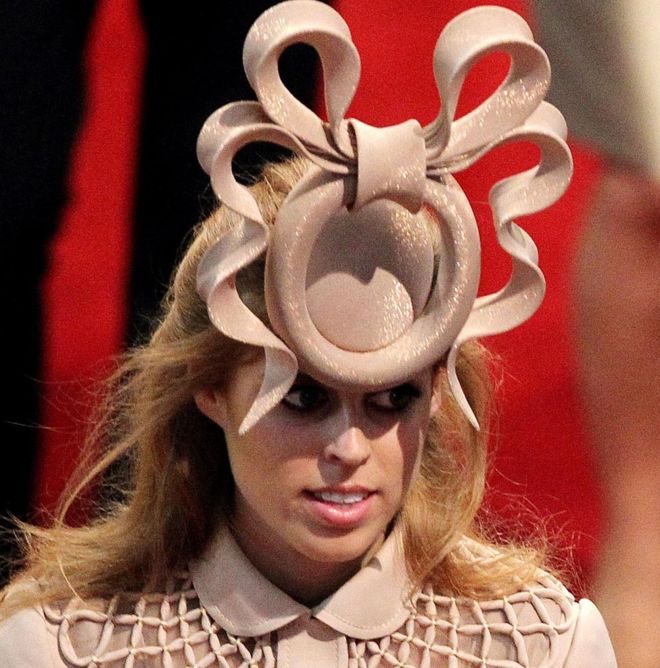 These days one can make extravagant hats in Anytown, USA, between doing the laundry and picking the children up from school.

Maybe it’s time to consider having a hat luncheon to jazz up the dreariness of routines. Either buy them on-line or make them.

Your creations may not end up at Ascot, but if there is a garden nearby, inspiration is close.