Here’s why the Kentucky Derby, which takes place this weekend, is often referred to as  “The Run for the Roses.” In 1883, New York socialite E. Berry Wall presented a bouquet of roses to the ladies at a party. Inspired by this gesture, Churchill Downs founder and president Meriwether Lewis Clark then declared that roses should be the official flower of the Derby. Thirteen years later in 1896, the tradition of draping a lush blanket of 554 red roses to the Kentucky Derby winner was established. 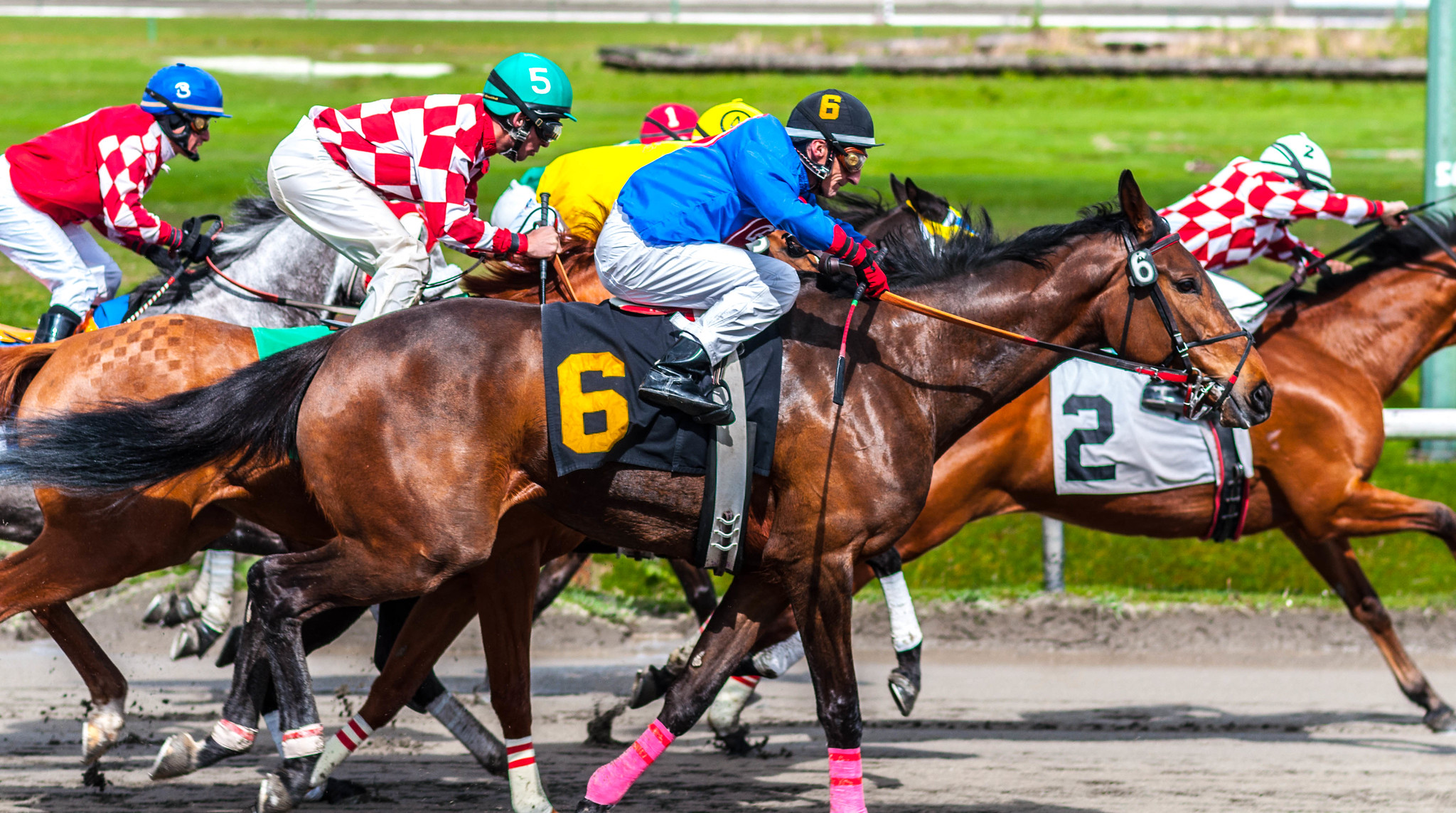 This tradition will also take place this weekend. Among the celebrities who are expected are Tom Brady, Backstreet Boys, Dennis Quaid, Boyz II Men, Johnny Gill, Richie Sambora of Bon Jovi and David Alan Grier.  Which horse may win?  Could be Roadster, Maximum Security or even Code of Honor or War of Will. Though you have to root for Improbable and of course, a horse, named Game Winner.

Called “The Most Exciting Two Minutes in Sports,” the Kentucky Derby started in May of  1875 – though traditions such as bourbon-filled mint juleps, festive hats and red roses blanketing winning horses were added as the event gained popularity.

The 1 1/4 mile race taking place at Churchill Downs in Louisville, Kentucky will mark the first leg of the coveted American Triple Crown followed by the Preakness and Belmont Stakes. Remember how American Pharaoh electrified the country in 2015 with his Triple Crown win for the first time in 37 years? This year Classic Empire is a favorite though all dream of breaking the record set by Secretariat’s 1.59.4 seconds in 1973.No one wants to be Kingman who in 1891 ran the slowest time of 2.52.25. 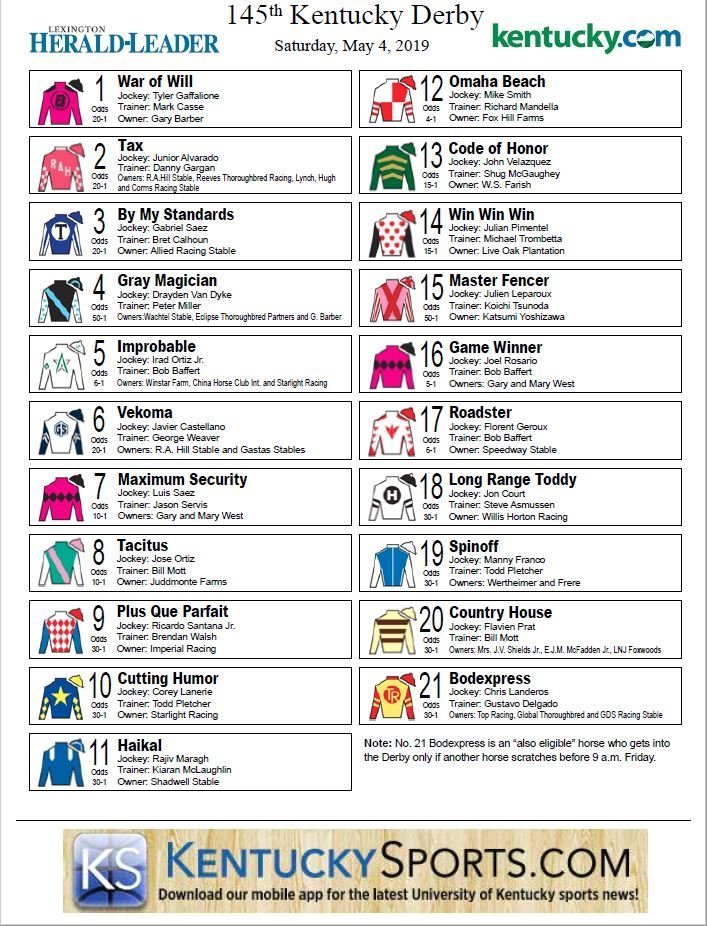 Here are some other fun facts about the Kentucky Derby.

What does the grandson of William Clark of the famous Lewis and Clark expeditions have to do with the Kentucky Derby?  Grandson Meriwether Lewis Clark created it after being inspired by his travels to England and France. Returning home after studying thoroughbred racing practices, he organized the Louisville Jockey Club and procured landform his uncles, John and Henry Churchill. Thus the track became known as Churchill Downs. Though officially, the racetrack wasn’t incorporated as Churchill Downs until 1928. 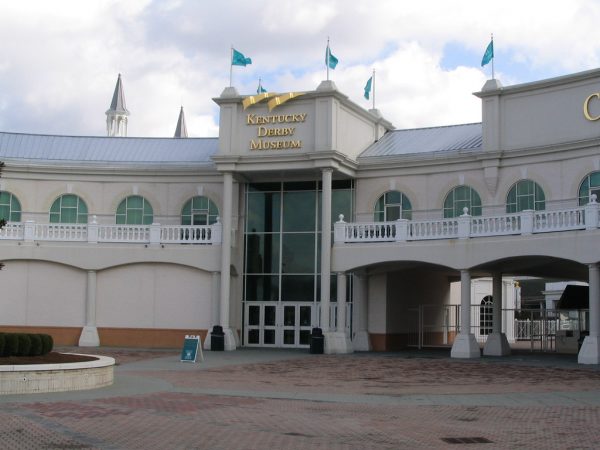 According to the Kentucky Derby Museum, a Louisville tailor named Matt Winn is really responsible for transforming it into a glamorous spectator event when he took the failing track over in 1902. Promoting it as a celebration of pre-Civil War antebellum culture, he reinforced traditions such as mint juleps, burgoo stew and women wearing large decorative hats. He also enticed celebs including Babe Ruth and Ginger Rogers to attend which solidified it as a special day on the calendar that continues to this day. Celebrities who have attended over the years include Michael Jordan, Josh Groan, Miranda Lambert, Ashley Judd, Chris Rock and even Tom Brady.

The late pop vocalist Dan Fogelberg loved horses so much that in 1980 he composed the song “Run for the Roses” which was released just in time for the Derby that year.

Unlike the Preakness and Belmont Stakes, which took hiatuses in 1891–1893 and 1911–1912, respectively, the Kentucky Derby has been run every consecutive year since 1875. 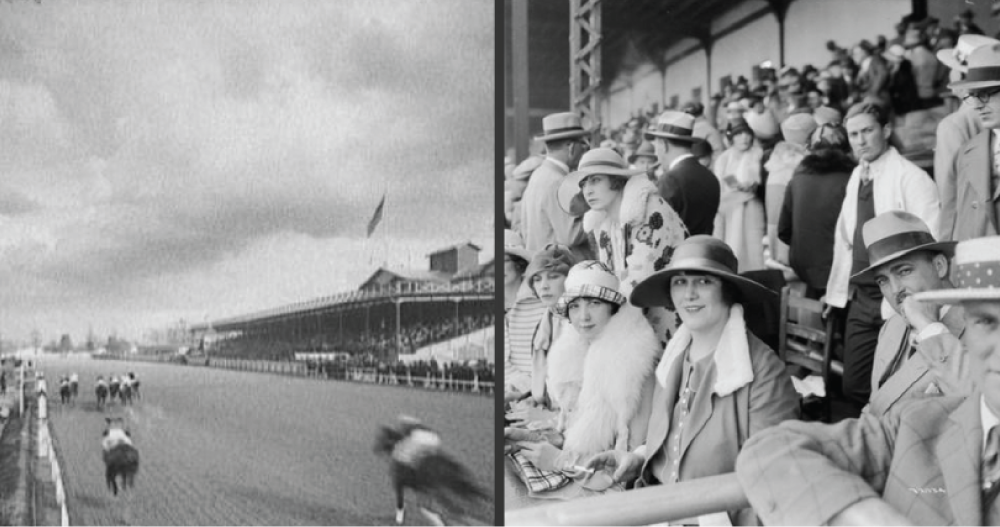 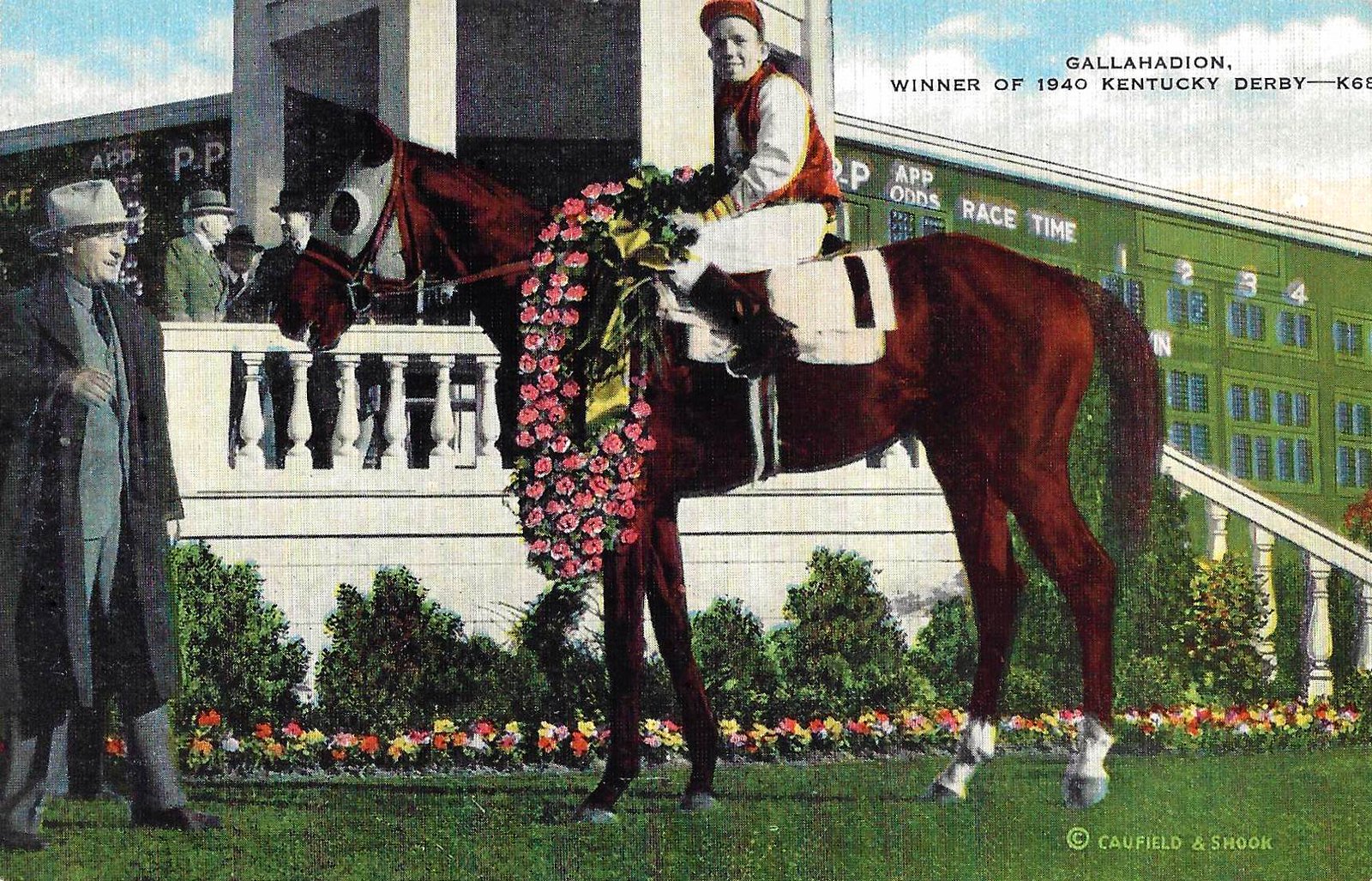 Did you know that 13 of the 15 rides in the first Derby were by African Americans? Furthermore, black jockeys won 15 of the first 28 races. Isaac Murphy is fondly remembered for winning three races.

Only six women have ridden in the Derby. Amid initial protests – the first woman even had to have a police escort for one of her previous races – Diane Crump persevered to ride in the Derby on Fathom in 1970. The best finish for a female rider? So far it’s Rosie Napravnik who rode Mylute in 2013. 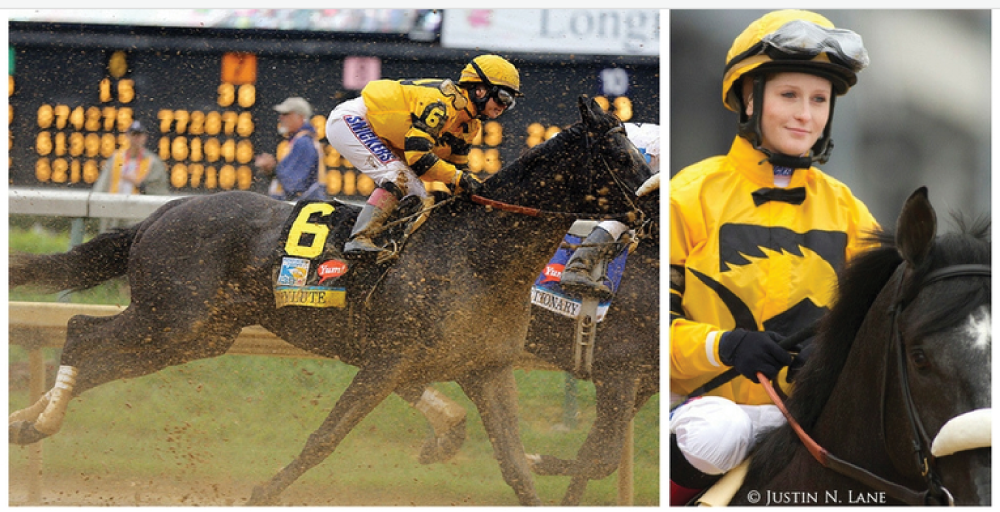 In an effort to be flush and make more cash, a court order in 2004 allowed jockeys to wear corporate advertising logos on their clothing.

Jockey Jerry Baily wore an ad for Wrangler when he won the 2003 Belmont Stakes aboard Empire Maker. Baily was one of the plaintiffs in the case that Thursday allowed Kentucky Derby jockeys to also wear ads in that race. (Source: CNN via Horsephotos.com)

Queen Elizabeth 11 of England, an avid horsewoman, attended the Kentucky Derby in 2007 on a visit to the United States. The Kentucky Derby has roots in England since Meriwether Lewis Clark was inspired by England’s Epson Derby. However, that race was one mile and a half and the Derby became shortened to one mile and a quarter in 1896. 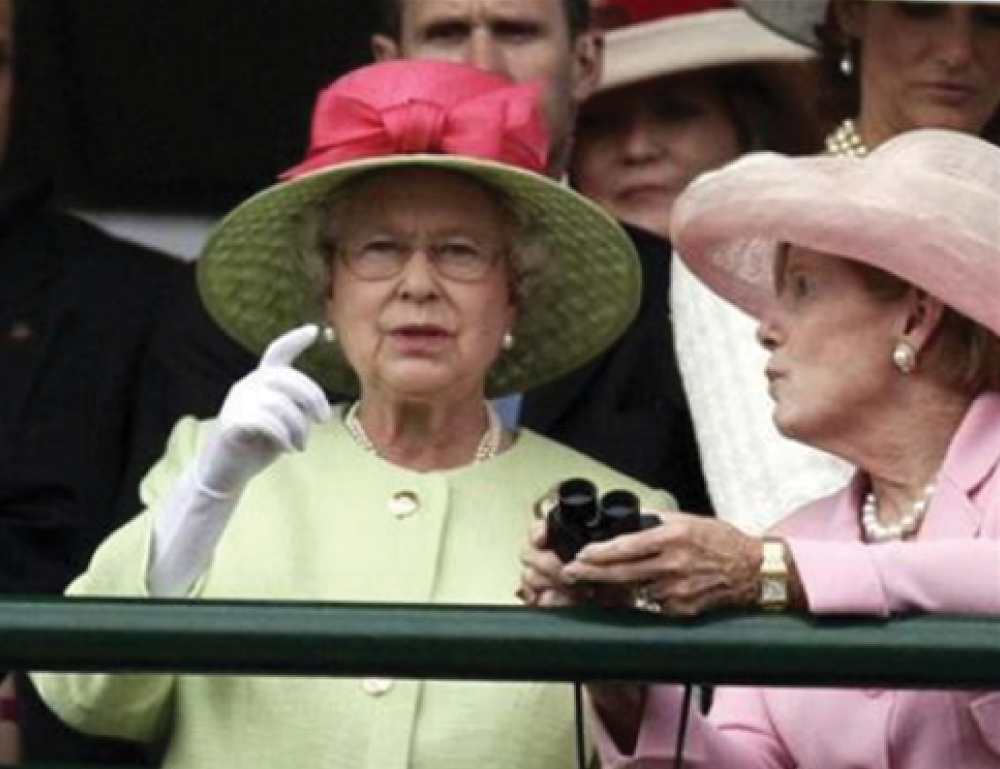 Calvin Borel may not be a household name but he’s a star. In 2010, he became the first jockey to win 3 out of 4 consecutive Kentucky Derbys. 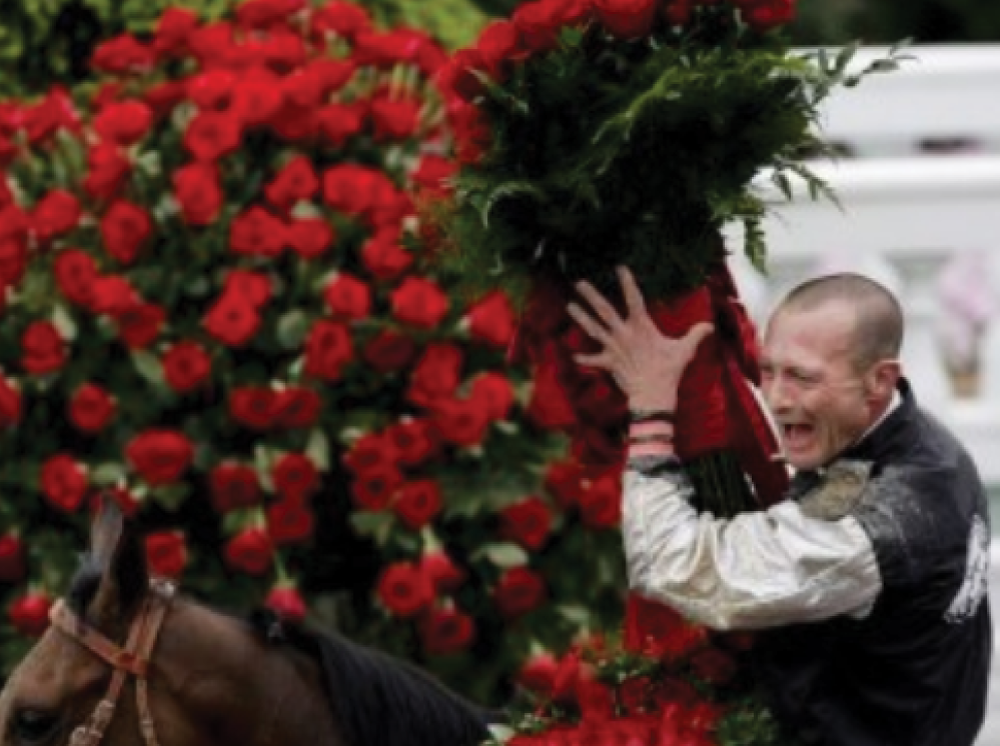 As the thoroughbreds begin their walk before the grandstands, the University of Louisville Marching Band will proudly perform Stephen Foster’s “My Old Kentucky Home.”  This tradition started in 1921. 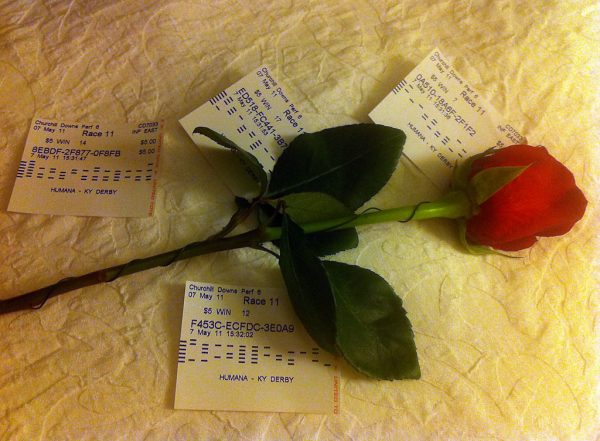