So important is cherry blossom time in Japan, there are a multiple of words, haiku and folk songs to describe the different moods and effects of seeing cherry blossoms. People also make time to picnic under them to appreciate the transience of the blooms and contemplate their philosophical meaning.

This time of year in Japan is seen as a transition from winter to spring, as a time for graduation from school, and also the evanescence of life. The Japanese word for cherry blossom, “sakura,” also means “smile,” but it can be a smile touched with sadness, because such exquisite beauty cannot last. 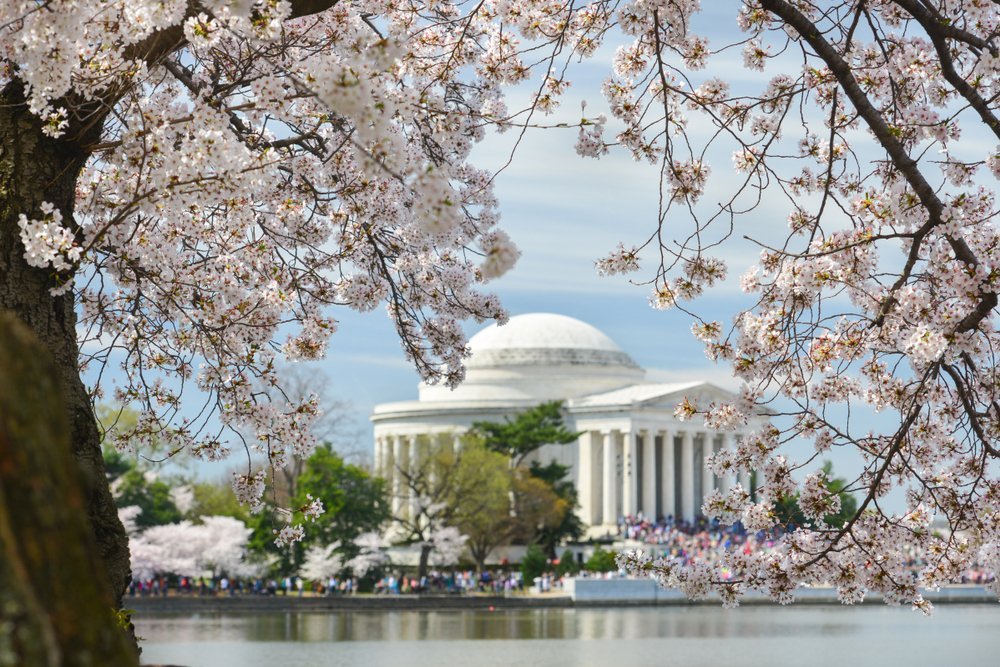 One of Japan’s most famous poets, Basho of the Edo period, wrote this haiku about sakura:

Very brief –
Gleam of blossoms in the treetops
On a moonlit night.

There is a Japanese word for the tradition of flower gazing, “hanami.” 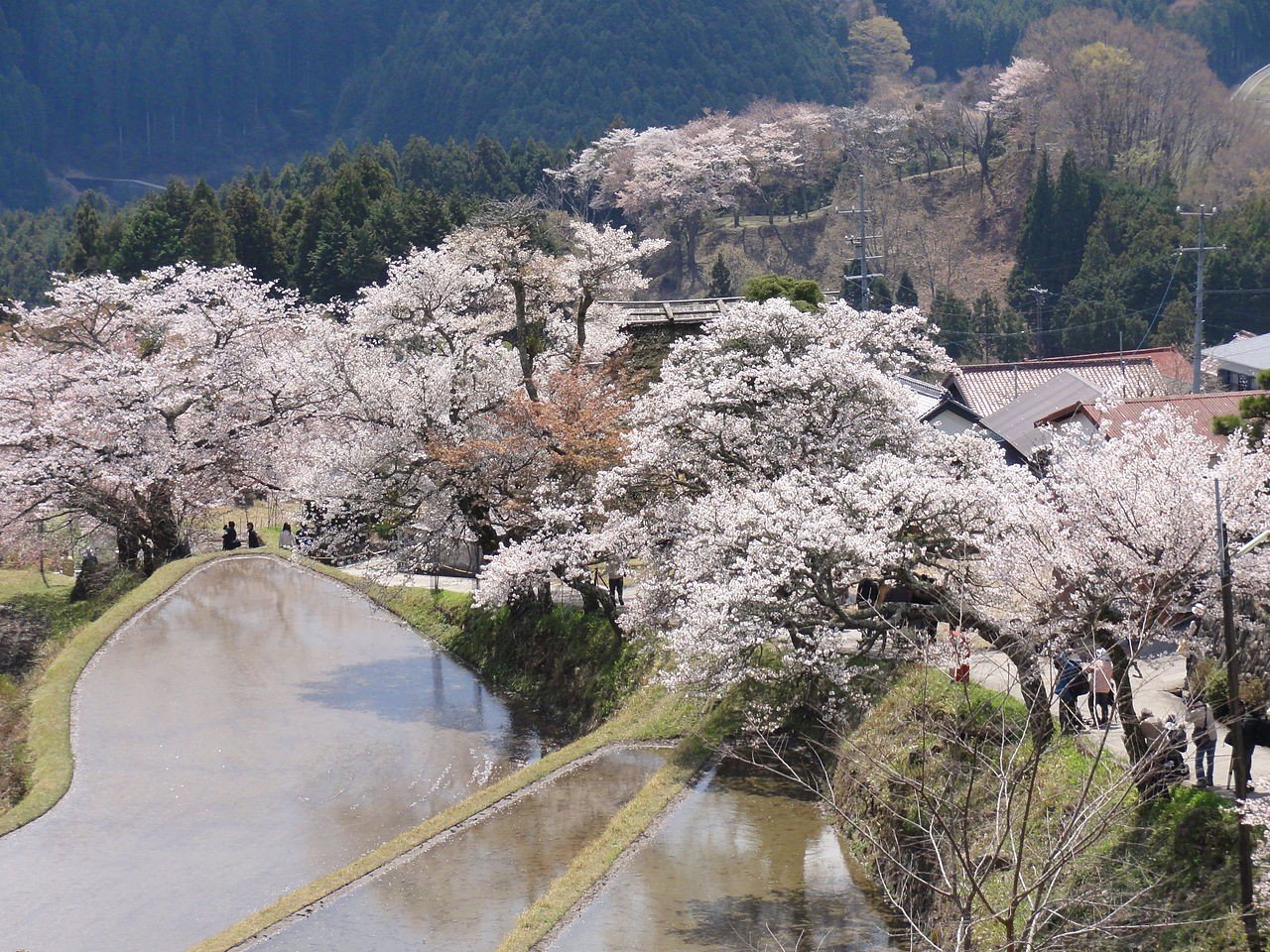 The ideal time is believed to be early in the day before a breeze disturbs the petals and while there might be a little dew on them. A light rain adds beauty. Too much rain and wind, of course, brings the petals to the ground. 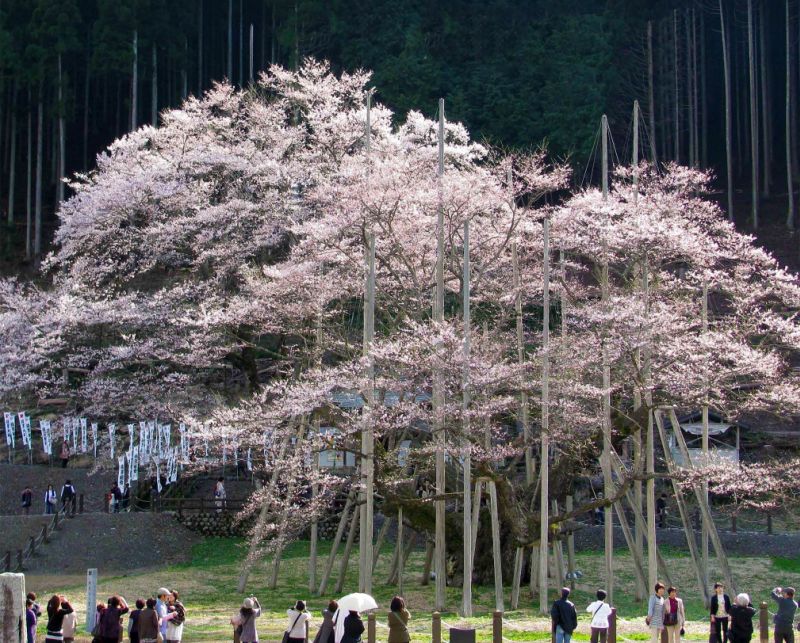 In North America, where are the best places to see cherry blossoms, on considerably younger cherry trees?

Obviously, the further south the better for an early peek. Dallas, Texas, has the edge by planting 150 cherry trees at its arboretum, and they bloom starting in the middle of March. No one expects to see cherry trees in Texas, so they draw a crowd every year.

Macon, Georgia, calls itself the “Cherry Blossom Capital of the World.” Even though the trees are not a natural match for the area, it’s home to more than 350,000 Yoshino cherry blossom trees. Their International Cherry Blossom Festival is March 22 to March 31. 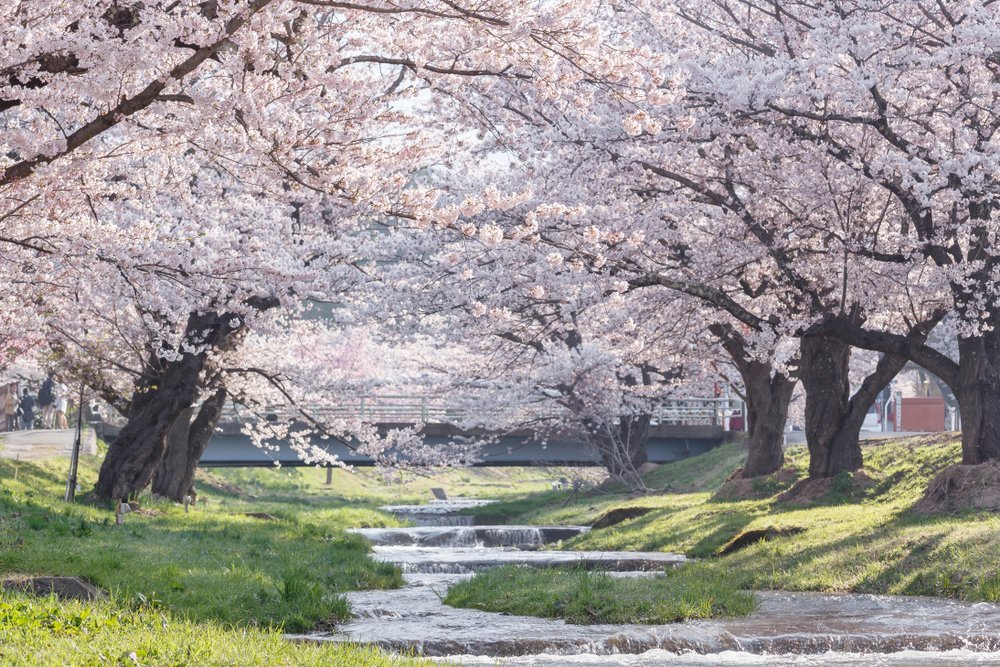 The Cherry Blossom Festival everyone knows about is the one in Washington, DC, began when the City of Tokyo, first in 1909, offered to donate 2,000 cherry trees to beautify the city. The president at the time, William Howard Taft, and his wife, Nellie, had lived in the Philippines and seen the cherry trees in Japan. The first shipment arrived in Seattle in 1910 and was transported to DC, where, when the trees were unloaded, it was discovered they were diseased.  Yes, there was a Department of Agriculture back then, and they found nematodes and insects they did not want to infect American trees. President Taft gave the order and the 2,000 trees were immediately burned.

It did not cause an international incident, but it set the planting of the cherry trees back a bit. It was 1912 before another crop was gathered, and this time 3,020 cherry trees of 11 different varieties had been grafted onto a special root stock in Japan, then shipped to Washington and transported cross country, in insulated freight cars to Washington DC.

They were planted in 1912. A triumvirate of women – Nellie Taft, Iwa Chinda of Japan, and Eliza Ruhamah Scidmore, the woman who had long campaigned for the new capital of the country to have its own grove of cherry trees – were there when the first two Yoshino cherry trees were ceremonially planted at the Tidal Basin, on March 27, 1912 in the presence of the Japanese Ambassador, to signal “friendship between the U.S. and Japan.”

Because we at FlowerPowerwithJill are thorough, we’re going to tell you the 11 original varieties that were planted. The park service has maintained cuttings of those trees and replanted their offspring ever since.

Taft lost the election the following November, but not because of the cherry trees.

However,  you do not have to elbow your way through the crowds on the Washington Mall. You can head to Cherry Hill in Georgetown, and the stunning gardens at Dumbarton Oaks, designed by Beatrix Ferrand. (Interesting note: She was born Beatrix Jones, of the wealthy social New York Jones family. Edith Wharton, born Edith Newbold Jones, was her aunt.) The cherry trees at Dumbarton Oaks come into full bloom a little later than the ones about the Tidal Basin, which – for those of you who always want to see things at their peak – were said to peak on April 1, 2019.

There is still a chance in April 2019 to catch up to Peak Cherry Tree Bloom in the gardens at Dumbarton Oaks, open Tuesdays through Sundays, possibly through April 15. 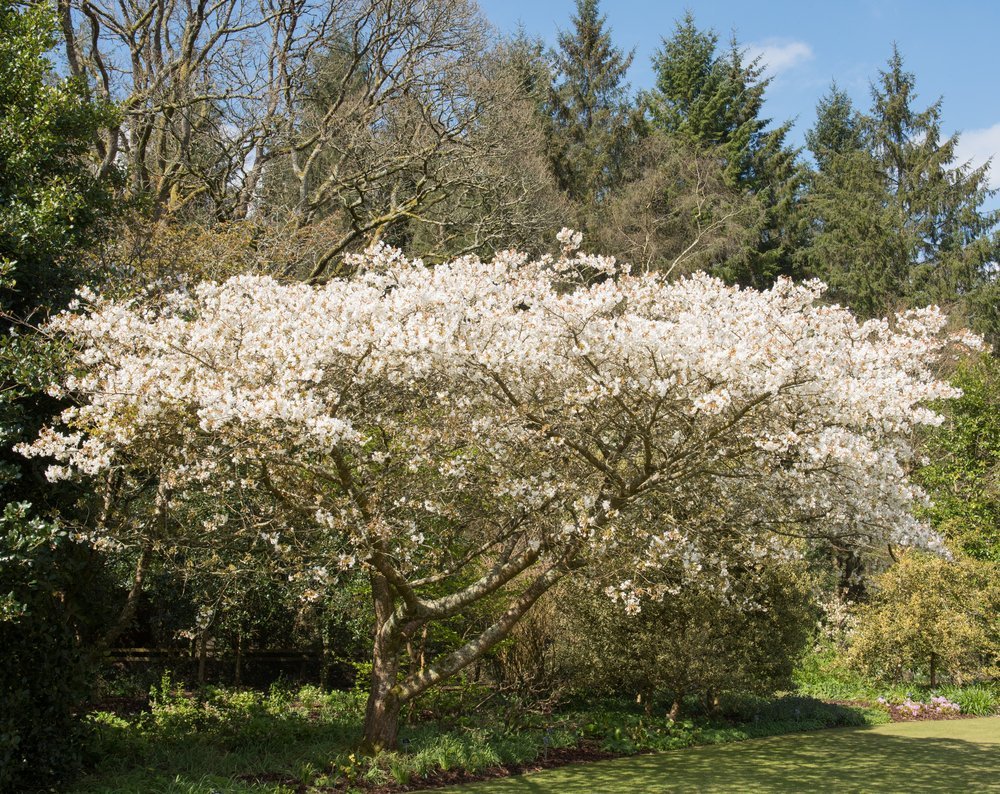 Washington DC’s Cherry Blossom Festival begins March 21 but it’s best to keep an eye on the National Park Service (NPS) official peak bloom prediction. The average peak bloom date, which is when 70 percent of the cherry blossoms are open, is April 4. The entire peak blooming period – remember, there are 11 varieties – may last two weeks.

The Japanese have gifted other cities with cherry trees, most notably Seattle, Washington. San Francisco and Vancouver, Canada. Japan gave a second donation, this time of 32 Yoshino cherry trees, to the University of Washington campus in Seattle in 2014, celebrating the anniversary of the gift of trees to DC.

“There are approximately 130 cherry trees on the University of Washington campus,” said Sara Shores, a UW arborist. “The best place on campus to see them bloom is in the quad. It’s a party. However, if you miss that bloom time you can still catch the Hisakuras, Shirofugen, Kwanzans and Mt. Fujis, which bloom after the Yoshinos.” 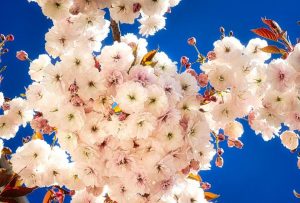 The loudest Japanese celebration of sakura in the United States is surely in Japantown in San Francisco, at the 52nd Northern California Cherry Blossom Festival. Although California produces a significant amount of cherries for consumption, no one is pretending this is a chance to quietly gaze at cherry blossoms. It is a celebration of Japanese food, music and culture and culminates with a parade drawing thousands to Polk Street and Fillmore in San Francisco on April 21.

Although Japan acts as though it invented the cherry tree, the trees it adores and has bred into hundreds of variations are ornamental. The wild cherry tree, the ancestor of the fruit tree, comes from around the Black Sea, perhaps in Turkey. The Greeks ate cherries, and the Romans did too. Romans took cherries with them as they colonized Europe. Today, Turkey is the largest grower of cherries, and China is fast becoming a new consumer. As a result, some countries with the right climate, like those high in the Himalayas, are beginning to grow cherries commercially.

Meanwhile there is one city in North America with more ornamental cherry trees than all of the others put together. That is Vancouver. The 500 trees Japan gave Vancouver in the 1930s to thank the Japanese-Canadians who served in WWI, have become approximately 37,000 flowering cherry trees and another 13,000 flowering plum trees, which bloom from April to May. The Vancouver Cherry Blossom Festival runs from April 4 to April 28. There are 35 types of flowering cherry trees in the city, including Akebono, Yoshino, Shogetsu and Shirofugen.

Even better than the National Park Service Peak Bloom service in Washington, Vancouver has an interactive map showing which types of cherry trees are blooming in which neighborhoods. They seem to have the street address of every tree in the city, and the dates it bloomed last year.

These are street trees, and bicycles are a preferred method for seeing them. This is a city that really loves its cherry trees.

Fortunately, you can appreciate this wonder of nature in many places, even your own back yard, where you can hanami.

See our story on Ikebana.