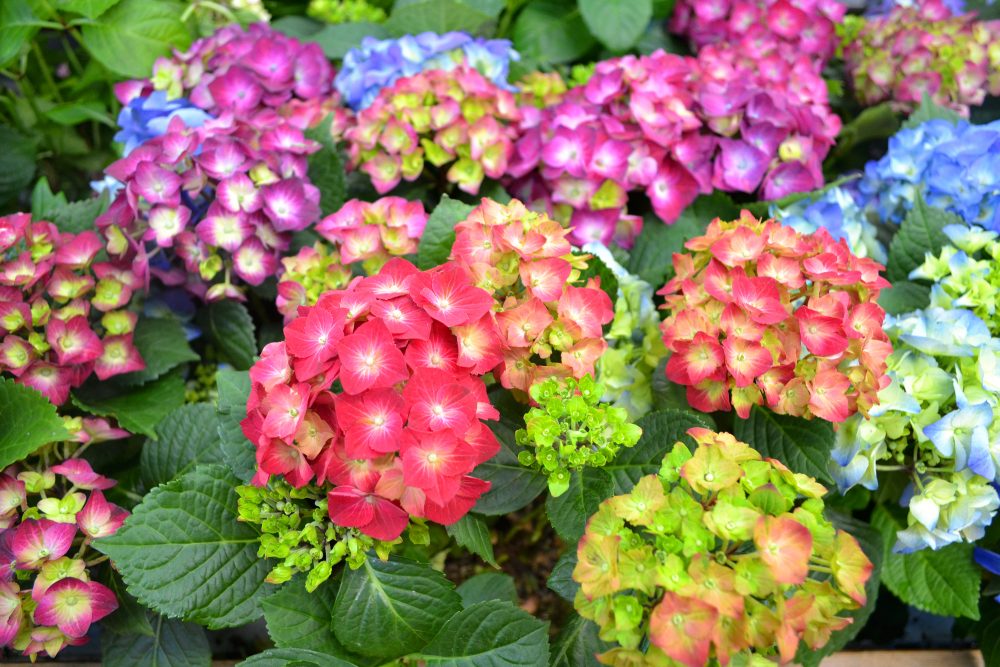 We are talking the true red hydrangea.

Is there any such thing?

And can it be grown anywhere north of Pennsylvania?

These are the questions that plague true gardeners who paw through garden catalogs each spring. But garden catalogs, some of them, are notorious for saturating their colors, making the Sunburst Locust tree look as though it was caught in suburban beams of  light sent from heaven, tomatoes redder than plastic beach balls and red geraniums practically radioactive.

So how can one trust a garden catalog? Below is a photographer’s photo of an actual Ruby Red hydrangea. The color “ruby” is purple-red, wine-colored, magenta or, say, light reddish-purple. 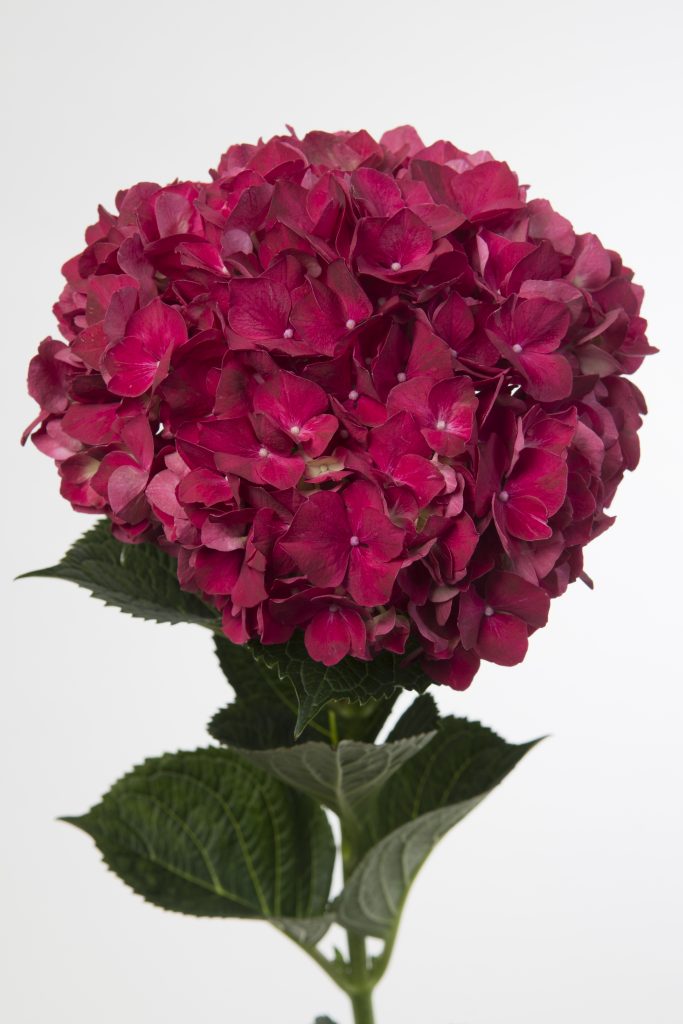 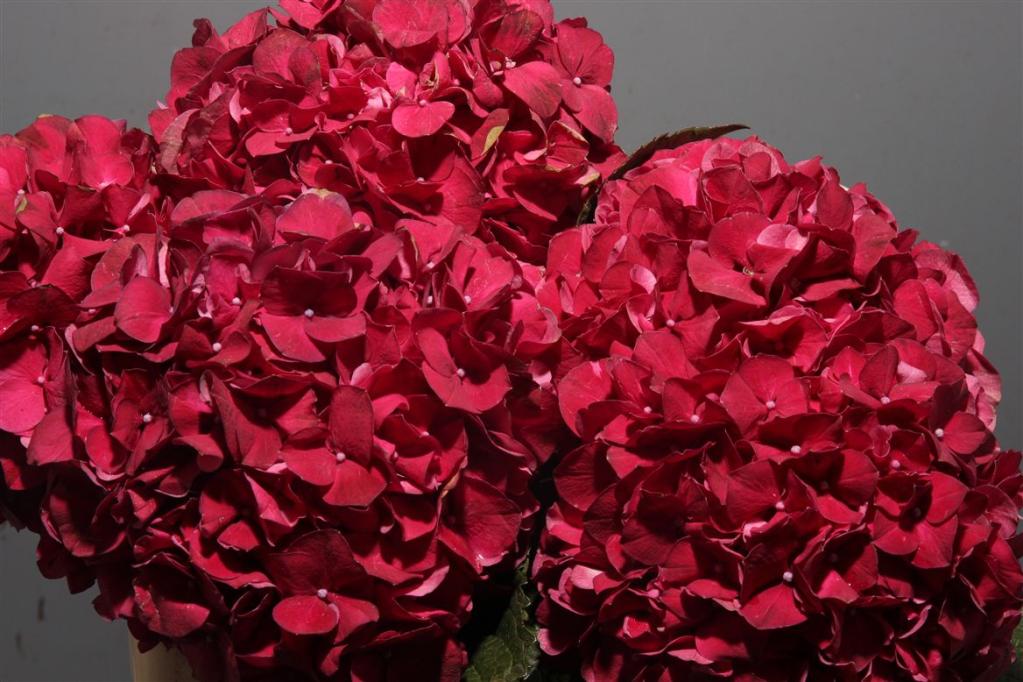 The promise is there in the names: Mophead hydrangeas called “Cardinal Red” and “Red Sensation.” 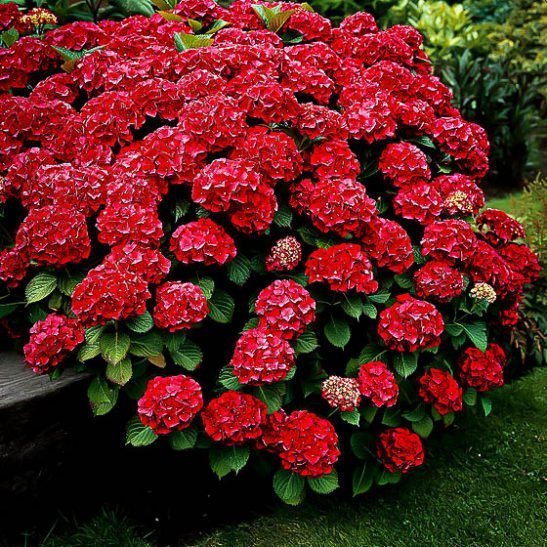 One catalog’s version of “Red Sensation.” The colors verge on Christmas red.

Plant breeders have been trying and trying and trying. Mophead hydrangeas are among the most popular landscape plants. Easy to grow, reliable rebloomers, summer and into the fall. Good for cut flowers, fresh or dried. Most of these are waist high, and spread to no more than three or four feet.

Red Sensation was bred in a greenhouse in the Netherlands in 2001, and given a patent in 2007, not just for its color but because it blooms on new wood. (One thing about hydrangeas is that enthusiastic pruners may nip off next year’s blooms, since they bloom on old wood; Red Sensation solved that problem, not by teaching pruning skills but by working around bad pruning.) Red Sensation has been so successful, there is even now a variety called Next Generation Red Sensation.

Monrovia sells Next Generation hydrangeas through selected nursery outlets, and has the good graces to call it a “light red” (isn’t that pink?) that ages to purple. Monrovia says Next Generation is good in hardiness zones 5 through 9, good news in my part of Upstate New York. 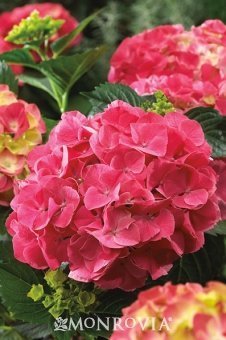 But wait! Here comes another promise of a real red hydrangea. It’s called Forever and Ever. It’s patented. It’s not crazy expensive. It doesn’t start green, or white. It starts red. The photos of it don’t try to make it look as red as a poinsettia. It starts pink/red, and then it goes purple. The literature at one seller says it will grow in hardiness zone 5. That seller, Sooner Plant Farm in Olympia, Washington, is already sold out of the smaller bushes. 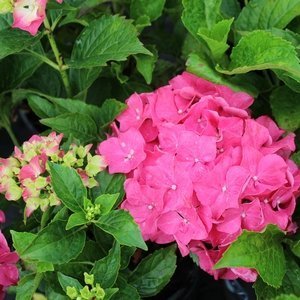 You see? The mental kabuki got me. I was convinced by the most “honest” catalog photograph. The one that looked the most pink, I hoped that one would turn out to be the reddest of them all.

One can go beyond the mopheads.

There is a lacecap (paniculata) hydrangea called Fire and Ice that claims it starts out white in the summer, goes rose pink in late summer and deep red in fall, and that it will grow as far north as hardiness Zone 3 – what is that, Banff? Again, I suspect that “deep red” is a way of saying “wine-colored,” or “light purple.”

There is an Oakleaf hydreangea called Ruby Slippers that has the advantage of being a native plant. (The mopheads and paniculatas come from Asia.) It has giant phallic-shaped panicles that start white and then turn, well, they admit, “deep rose,” or “reddish-magenta.” Those are other terms for “ruby,” after all. 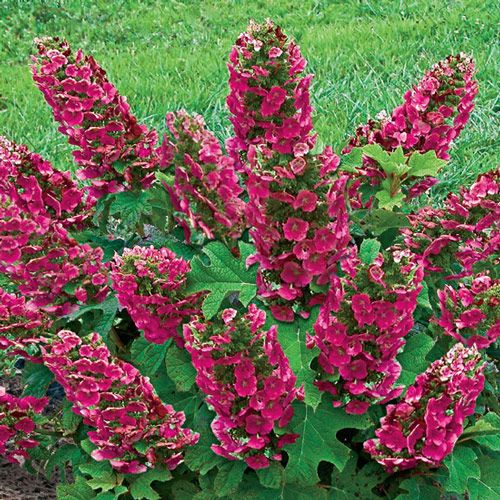 Ok, there are other ideas, and other factors.  Forget about buying one of these fake red hydrangeas. The colors are hideous anyway. Instead make your own red hydrangeas.

One expert claims the best bet is to start with a good, pink hydrangea called Ami Pasquier and then push it, via pH, into the red end of the spectrum.

Chemistry class: Blue hydrangeas get that way because of acid soil. Sand is acid. Clay is alkaline.

If you live in the rocky Northeast mountains of New England, as I do, you are living in clay. If you live on the shores of Long Island, or anywhere along a beach, you live in sand.

Those beautiful blousy hydrangea hedges Martha Stewart tends in the Hamptons are the most beautiful shade of blue because sandy soil has a pH that is acid. 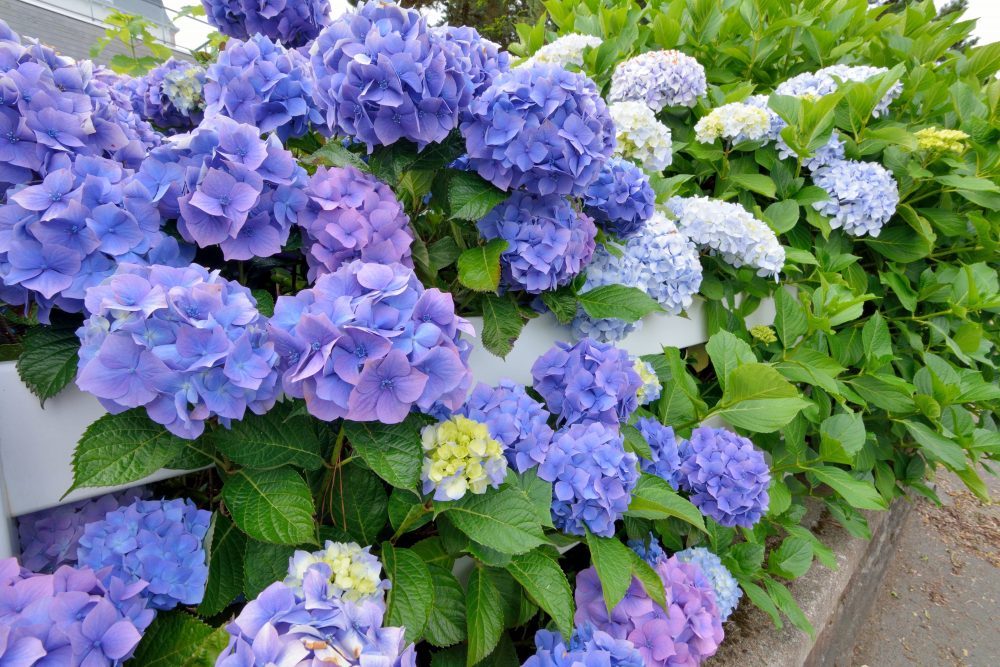 Because I live up here where there is naturally alkaline soil (clay) our hydrangeas naturally go pink. Of course there are hydrangeas that are bred to be pink or blue or white. And some start one color and then turn another. They will grow that way, against the soil’s pH.

But for the bluest blue and the pinkest pink, it’s best to go along with the pH.

It makes sense, then, to push the pH to make a pink go all the way to whatever is beyond pink.

What, you ask, is pH? It’s a logarithm that measures hydrogen in the soil. If you want to know more about logarithms, ask your algebra teacher. Neutral pH is 7; lower is acid; higher is alkaline. If you want a red hydrangea (and here I am going to reveal my feelings and say WHY WOULD YOU?) you would start with a pink hydrangea and then add some lime to the soil.

Not too much, and not too close to the base of the bush.

Or you would add lime to the water for the bushes.

Not too much and not too often.

Do not do both. And good luck to you!

Don’t we always want what we can’t have?