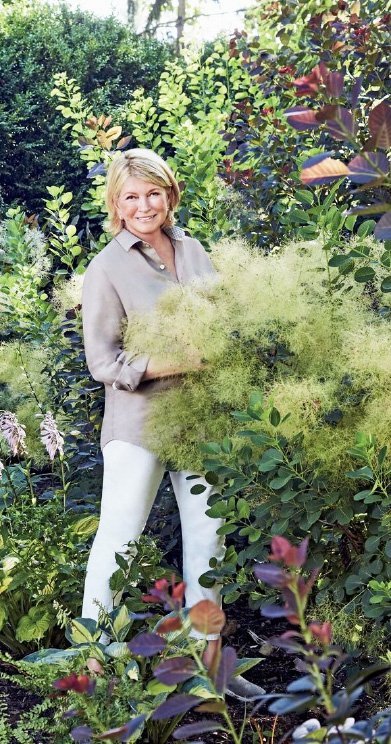 Reprinted from Martha’s Flowers: A Practical Guide to Growing, Gathering, and Enjoying by Martha Stewart with Kevin Sharkey.

Martha Stewart: The Goddess of the Garden

Let’s give credit where credit is due.

Martha Stewart is the Goddess of the Garden. What can’t this woman do?

For a pursuit that was plagued by a whiff of superficiality, this self-taught former stockbroker approached the domestic arts with serious study and scientific zeal. 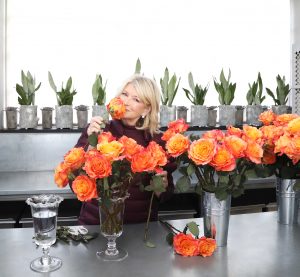 Her attention to detail and tenacious curiosity built an empire making her the first self-made female billionaire on paper in the United States. Thanks to her training, not as a florist or chef, but as a businesswoman, she could simultaneously bake, do spreadsheets and tap into the public’s appetite for recipes for a more joyful life.

Which is why I’m loving her latest book – her 90th but who’s counting? – called “Martha’s Flowers: A Practical Guide to Growing, Gathering, and Enjoying.” 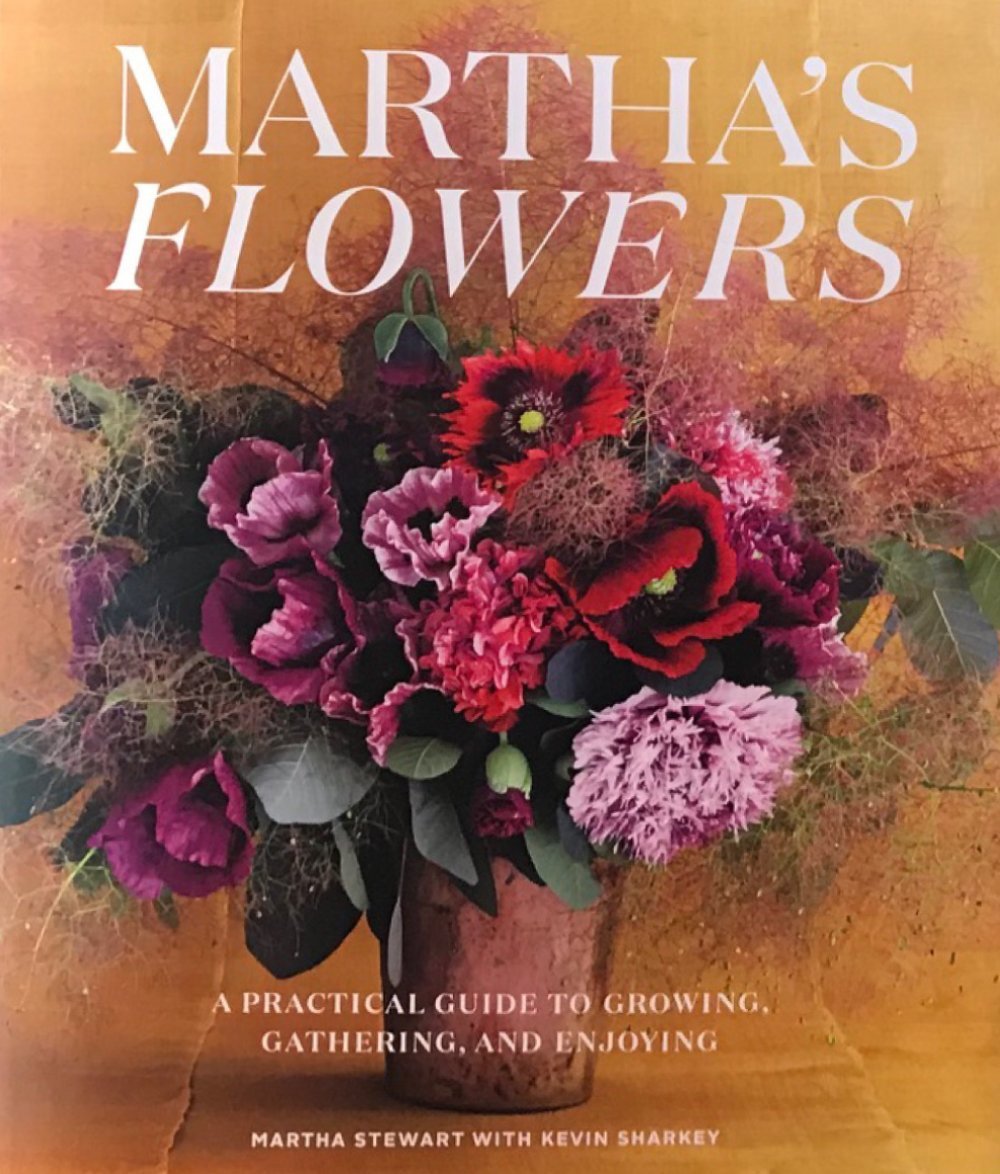 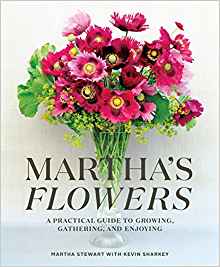 Collaborating with her longtime muse and florist Kevin Sharkey, “Martha’s Flowers” revives memories of her father and grandmother, master gardeners who taught her techniques she shares with her grandchildren, Truman and Jade. It also gives details on planting, while Sharkey dazzles with inventive floral arrangements.

Here are some tips from the book, which should be every gardener’s go-to source. 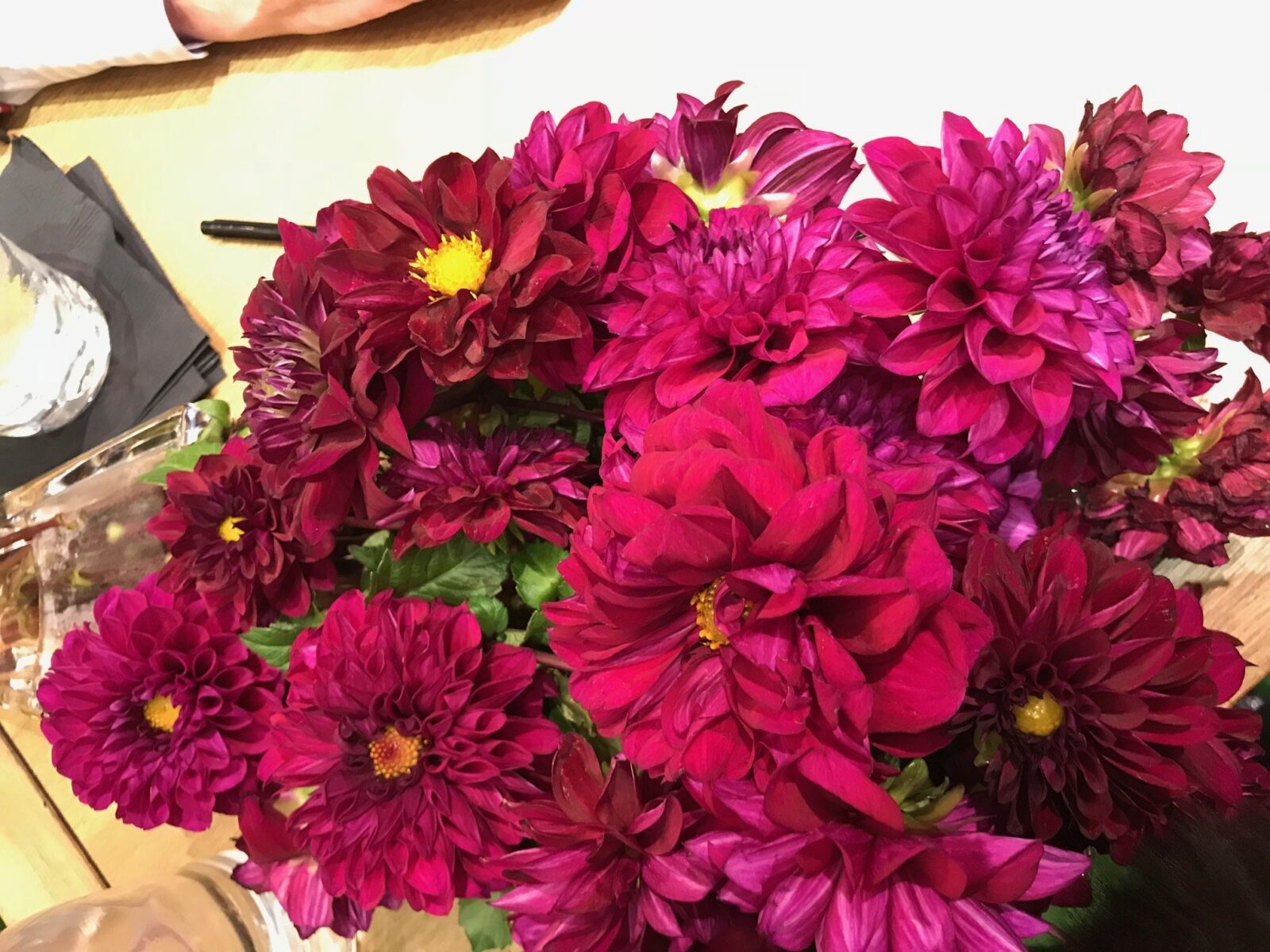 To prevent animals from destroying planted tulip bulbs, she suggests placing “chicken wire just below the bulbs for extra protection or plant bulbs in wire cages.” Other methods include sprinkling bulbs with cayenne pepper or dusting the ground about the bulbs with bone meal as a rodent deterrent.

Another helpful tip? Plant tulips in cool spaces, out of direct sunlight.

Did you know that azaleas and rhododendrons shouldn’t be planted in soil near the foundation? Cement may leach alkaline salts into the soil. Did you know that rhododendrons, and to a lesser extent azalea, can be poisonous to dogs, and people as well? Even so-called “mad honey” from bees that have feasted solely on rhododendrons can cause confusion, nausea, and vomiting in people.

I’ve been having trouble with my alliums, those purple puffballs that welcome summer. Now, thanks to Martha, I learned I needed to plant them in soil loaded with compost.

Also growing in her East Hampton home are bunches of peonies. “Influenced by writers like Vita Sackville-West and Elizabeth Von Arnim, I was determined to have as many of these beautiful flowers as I could,” she writes.

And Martha being Martha, she investigated all the artistic possibilities and colors from garnet to hushed pink. She cautions, however, that these plants don’t like transplanting – so be mindful of where you plant them the first time.

“Early morning is the best time to cut peonies, gathering them in the cool of the day means they are much less likely to wilt,” she says. Cutting them before they truly bloom – including roses – ensures a longer floral life in the vases that double as inventive pieces of art throughout the book. 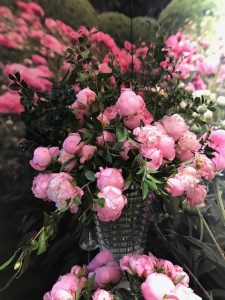 If your rose bed is looking sickly, Martha suggests spraying every five-to-ten days with a mixture of four teaspoons baking soda, one tablespoon horticultural oil per gallon of water. Spray only in the morning.

And as far as these garden staples, which she has been growing in East Hampton for over 25 years, it’s best to buy them bare-root or in containers. 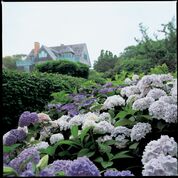 Reprinted from Martha’s Flowers: A Practical Guide to Growing, Gathering, and Enjoying by Martha Stewart with Kevin Sharkey.

Martha’s collective wisdom has pollinated and influenced all of our lives. We owe her a great deal of gratitude. She has influenced millions on how we entertain, how we tend to our gardens, how we cook our meals. In the pantheon of influencers, which include Lady Bird Johnson and Queen Victoria, Martha is worthy of Mount Rushmore.

In fact, so deep is my admiration, that for a few months I almost didn’t start “Flower Power with Jill.” 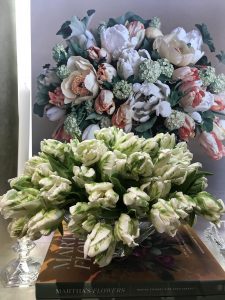 As I said to my friend Leslie, “How can I even think of doing this when there is Martha and marthastewart.com?” My darling friend replied, “That’s ridiculous. On any given street, there are all types of restaurants. So, she’s the five star one. The cozy cafes are popular too.”

Leslie’s words both comforted and motivated me. I could celebrate Martha and other artists in the floral landscape and be a curator. 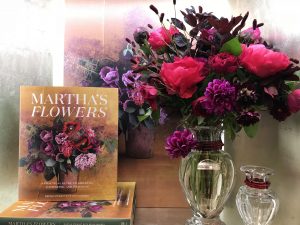 Because there is only one Martha. Like Demeter at the Eleusinian Festivals, she somehow never stops growing, sowing or improving with expert precision and discipline.