Hydrangeas: How to Plant, Grow, and Prune Hydrangea Shrubs 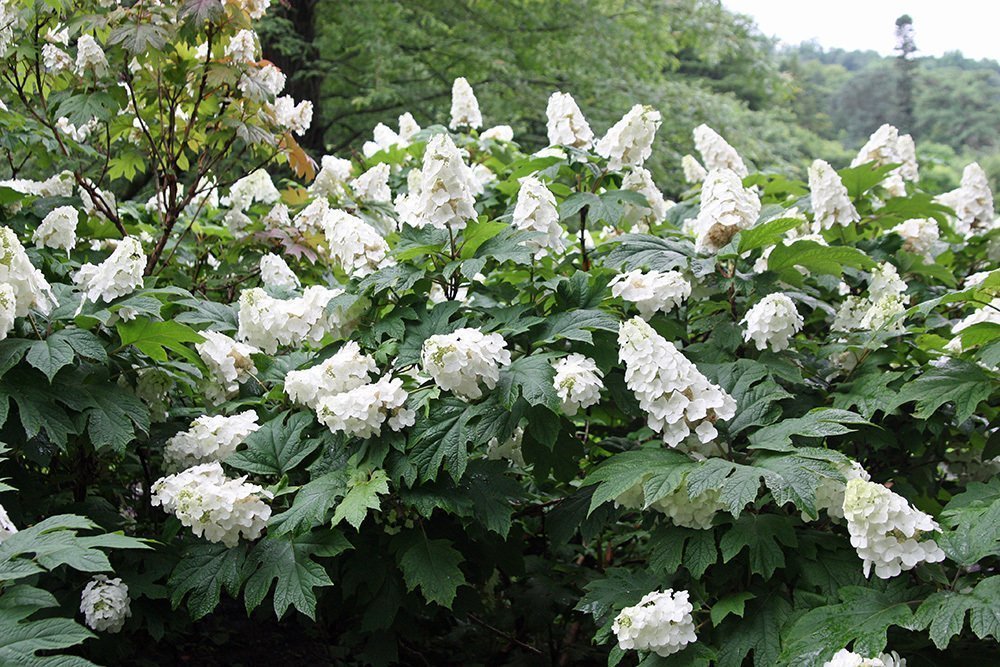 When to Plant? Plants in pots can be planted any time the ground can be worked. Cuttings are best rooted in the spring.

What does “hydrangea” mean? The word comes from the Greek for water “hudro” and vessel “angeion” – probably for the shape of the seed capsule.

When does a hydrangea bloom? Spring to autumn, depending on type. The Oak Leaf hydrangea, above, is especially cold hardy and could bloom from July through September, when the creamy white flowers turn pink. That’s when the leaves begin to put on a show. This hydrangea is tolerant of heat and cold.

Where to plant a hydrangea: We always think of hydrangeas as standing next to a house. That’s because most types like to be in the shade. If a bush is directly in the sun, be prepared to water it frequently. Unless it’s one of the panicle hydrangeas. 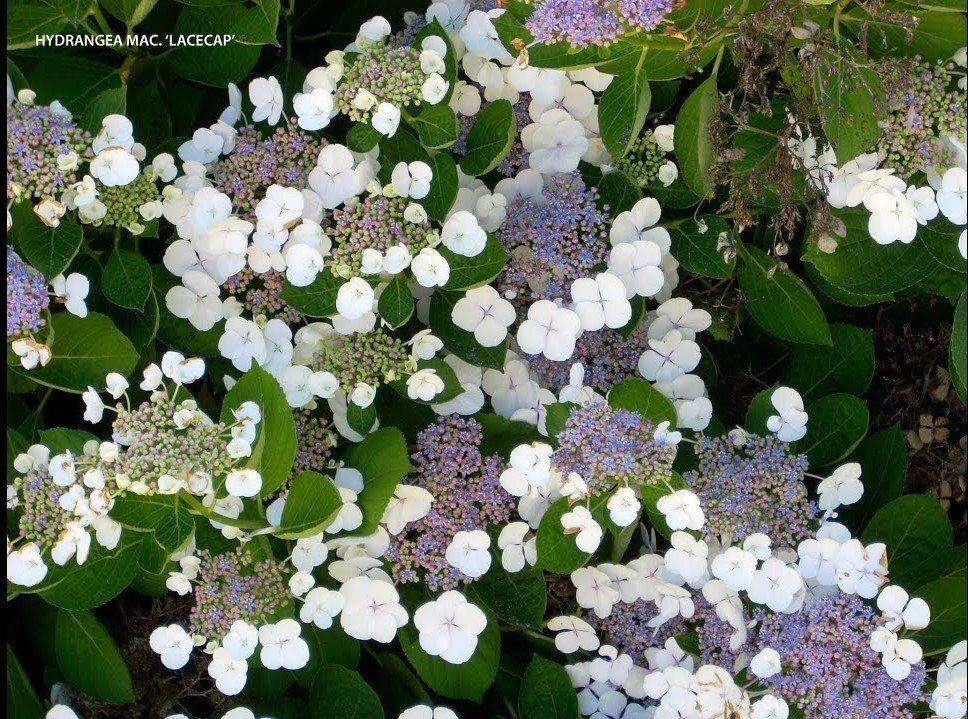 Growing Hydrangeas According to an Expert

Dr. Michael A. Dirr teaches in the Department of Horticulture at the University of Georgia.  He is the author of “Manual of Woody Landscape Plants,” and the reference book “Manual of Woody Plant Propagation.” He is widely considered the Hydrangea Guru. This is from his entry on The Flower Expert.

Hydrangea is a genus of about 100 species of flowering plants native to southern and eastern Asia (from Japan to China, the Himalaya and Indonesia) and North and South America. Hydrangeas produce flowers from early spring to late autumn. The flowers of hydrangea are carried in bunches, at the ends of the stems. Each individual hydrangea flower is relatively small. However, the display of color is enhanced by a ring of modified bracts around each flower.

In most species of hydrangea the flowers are white, but in some species can be blue, pink, purple and the mysterious red hydrangea. In hydrangea species the exact color often depends upon the acidity or alkalinity of the soil. Acidic soils produce blue flowers, neutral soils produce pale cream petals, and alkaline soils result in pink or purple. 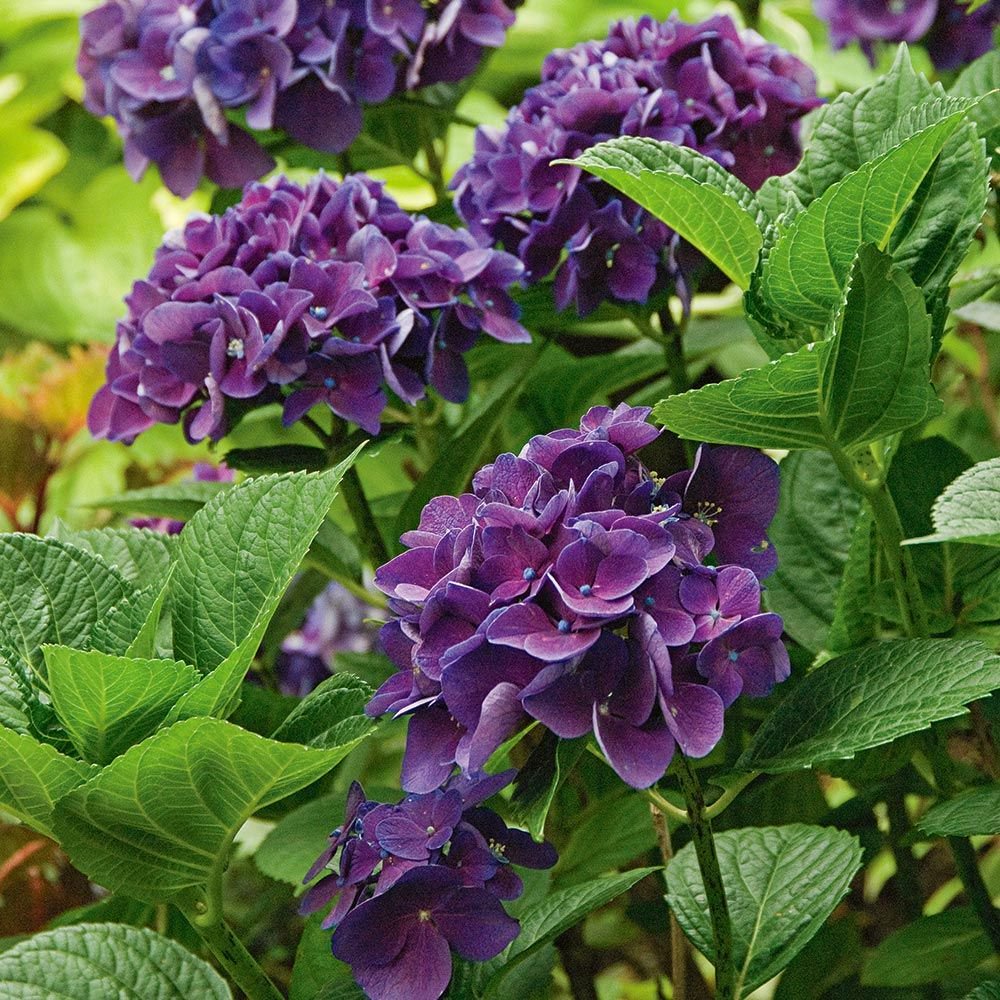 There Are Four Types Of Flower Blooms In Hydrangea

Long, somewhat cone-shaped flower clusters, which will bloom in full sun and bloom all season long. The most cold-hardy hydrangea.

The Oak Leaf hydrangea, an American native with tall flower spikes, does best in shade, and has colorful fall foliage.

Flattened clusters of what appear to be tiny, immature buds surrounded at the edges by, typically, 4- to 5-petal flowers. If you see a hydrangea and can’t figure it out, it’s a lacecap.

Propagation of hydrangeas is rather easy with cuttings obtained from the ends of non-flowering shoots with two or three pairs of leaves. Growing cuttings can be done at any time in the season. It is best to root them in sand in a shaded area.

Hydrangeas are easy to grow in well-drained soil, which should contain plenty of organic matter or humus. They grow without difficulty in a wide variety of soils but prefer fairly rich, moist soil. For planting, dig a hole approximately two feet across and one foot deep. A general-purpose fertilizer, such as 10-10-10 applied at a rate of 2 cups per 100 square feet in March, May and July is suggested. It is not necessary to remove mulch when fertilizing, but water soon after application to help dissolve the fertilizer and send it into the soil. 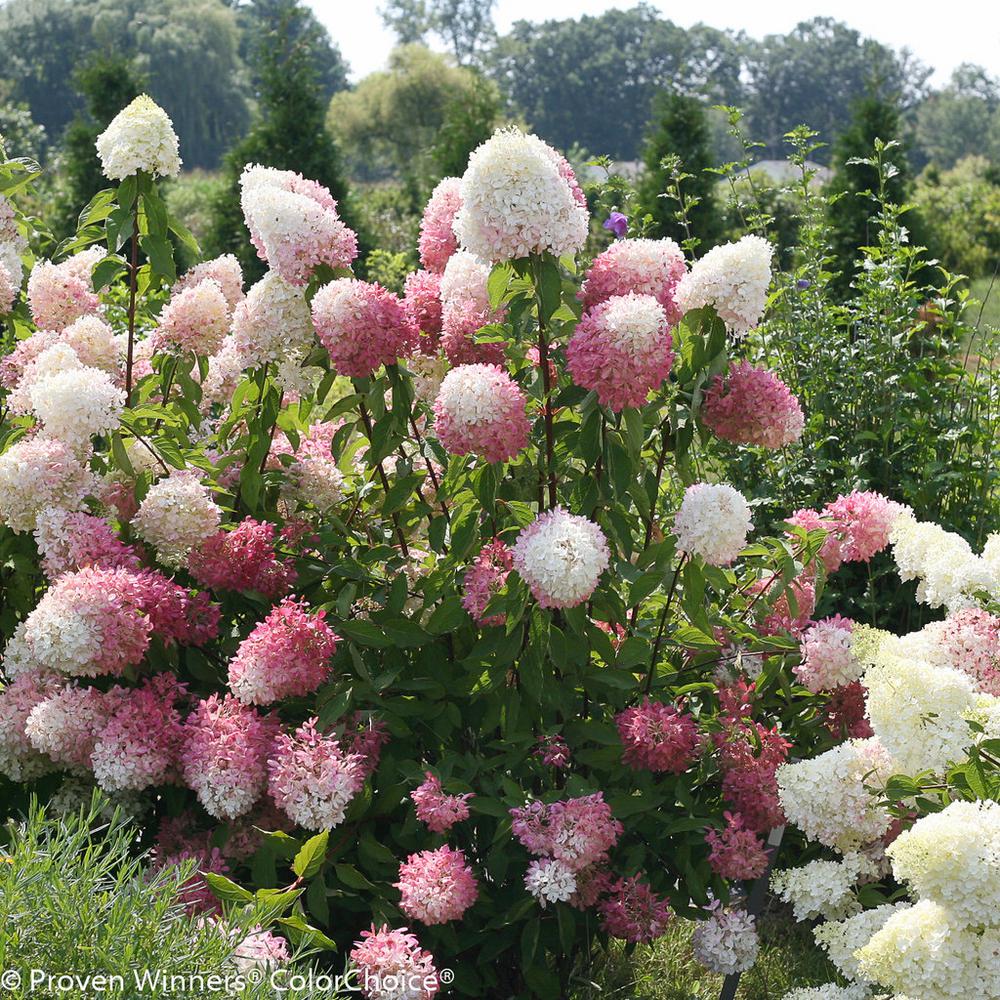 Only mop head hydrangeas that naturally have pink flowers will bloom blue if grown in an acidic soil. White blooms will always be white, while the blue or pink can be controlled by the pH of the soil (the closer to a balanced pH of 6.5, the lighter the color).

Hydrangeas need plenty of water, so plan to water thoroughly, once a week or more.

Pruning is the most essential factor in the growth of hydrangeas. Since the flowers appear on the previous year’s growth, prune only the stems that produced this year’s flowers; otherwise you will not have blooms next year. 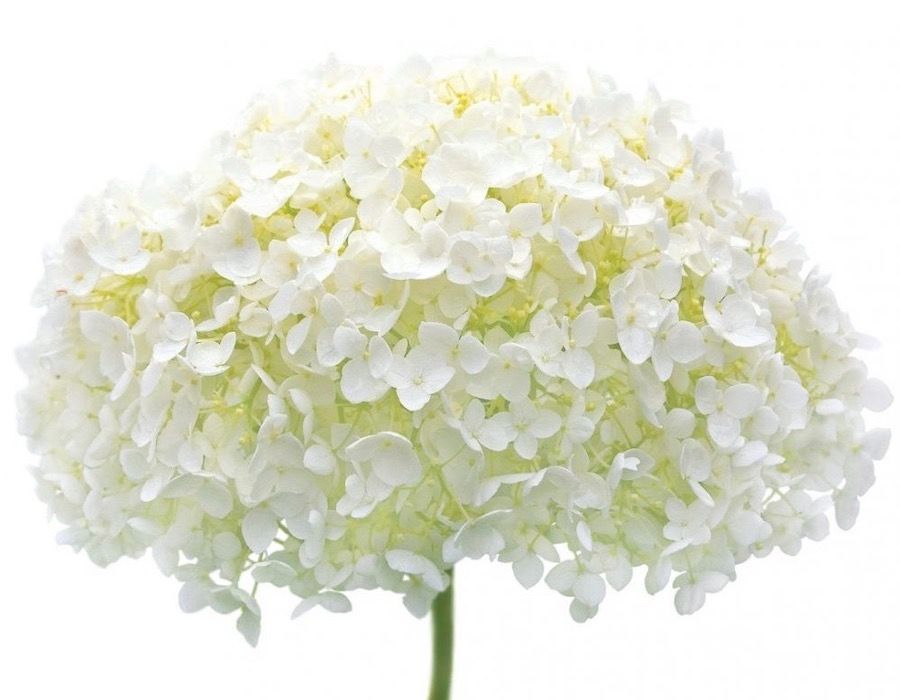 In severe, cold winter weather they should be covered. Pruning should be done in summer as soon as the flowering season is over.

When pruning, all the old flowering shoots should be removed down to the point on the stem where strong new growth is developing. If you want flowers, do not prune in late fall, winter or spring. 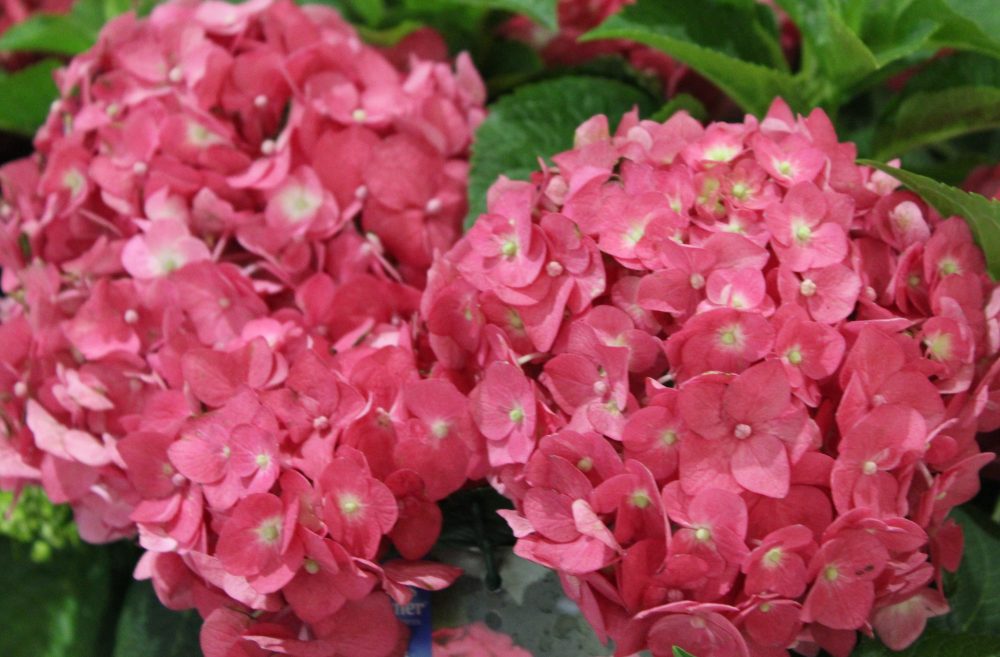 When you trim or cut back big leaf hydrangeas like what seems to be America’s favorite mop head, Endless Summer, above, you will remove flower buds for either the current year or next year.

​Don’t plant in too much shade. Some sun each day ensures the most flowers and best color, although in hot climates, only morning sun is recommended.

​Fertilize with a granular rose fertilizer, applied in early spring, late spring, and early summer. That will ensure consistent, vigorous growth for a fantastic display. Stop fertilizing in mid to late July.

​One last word about color. For hydrangeas to bloom blue, the soil they grow in must be acidic and contain aluminum.

Rather than just guess at what needs to be adjusted for blue flowers, get a soil test, or make peace with what you have.

They’re beautiful in pink or blue. Or white!