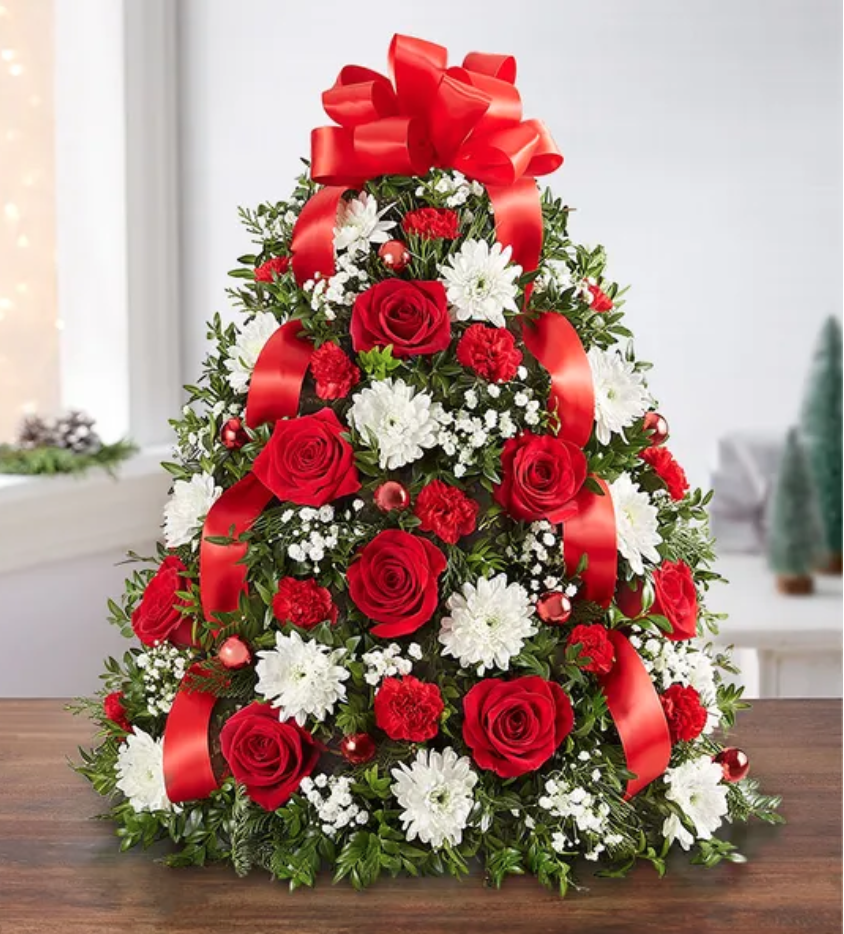 Did you know that the tradition of the Christmas tree can be linked back to German customs from the 16th century when Protestant Christians decorated trees with “roses made of colors paper” as well as apples, wafers, tinsel, and sweetmeats?

Have to love that flowers were part of the decor – and this is way before poinsettias and paperwhites became the flowers for Christmas. Cool fun fact, isn’t it?

It is a widely held belief that Martin Luther, the 16th-century Protestant reformer, first added lighted candles to a tree. Walking toward his home one winter evening, composing a sermon, he was awed by the brilliance of stars twinkling amidst evergreens. To recapture the scene for his family, he erected a tree in the main room and wired its branches with lighted candles.

This tradition continued for centuries.

Historically,  trees brought home during the holidays acquired popularity beyond the Lutheran areas of Germany and the Baltic areas during the second half of the 19th century, at first among the upper classes. Then Moravian Christians began to illuminate Christmas trees which for safety purposes then were replaced by Christmas lights after electrical lights were invented.

The Catholic Church understandably resisted this custom of holiday trees but the popularity couldn’t be overcome. (In 1982, a Vatican Christmas tree stood for the first time in Vatican City.)

However, it wasn’t only the Catholics that were initially resistant. As the History Channel reported, to the New England Puritans, Christmas was sacred and the tree was a pagan ritual.

The pilgrims’ second governor William Bradford wrote that he tried hard to stamp out “pagan mockery” of the observance, penalizing any frivolity. Then the influential Oliver Cromwell preached against “the heathen traditions” of Christmas carols, decorated trees, and any joyful expression that desecrated “that sacred event.” In 1659, the General Court of Massachusetts enacted a law making any observance of December 25 (other than a church service) a penal offense. People could be fined for hanging decorations. That stern solemnity continued until the 19th century when the influx of German and Irish immigrants undermined the Puritan legacy. 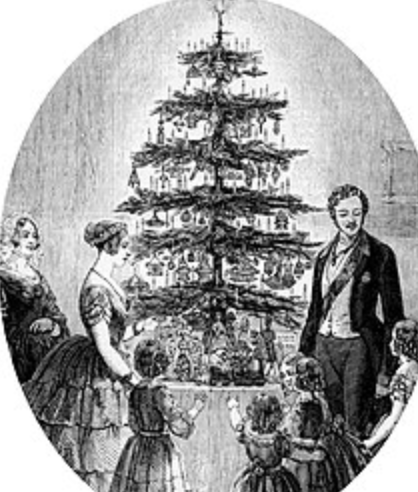 But it took the love story of Queen Victoria and her beloved Prince Albert who was German to rapidly shift perceptions and usher in an era where the Christmas tree became rooted in the holiday traditions.

After it was printed in 1848 how the family gathered around the holiday tree, others around the world adopted this trend since the couple was both widely popular and trendsetters. In fact, Queen Victoria sparked the trend of wearing white wedding dresses and flowers in a bride’s hair.

Technically, the German-born Queen Charlotte introduced a Christmas tree at a party she gave for children in 1800. The custom did not at first spread much beyond the royal family. Only after Queen Victoria celebrated the tree with her husband and family did it spread in popularity to all classes around the globe.

In 1847 Prince Albert wrote: “I must now seek in the children an echo of what Ernest [his brother] and I were in the old time, of what we felt and thought; and their delight in the Christmas trees is not less than ours used to be”

Anti-German sentiment after World War I in the early 1900’s briefly reduced their popularity but the effect was short-lived, and by the mid-1920s the use of Christmas trees continued unabated.

Today, we all can enjoy different cultures and their traditions and I for one am grateful for the big pine sweet-smelling holiday tree whether it’s pine, conifer, synthetic ones or even a Chanukah bush. Any reason to celebrate and bring people together through flowers and decor makes memories sweeter. 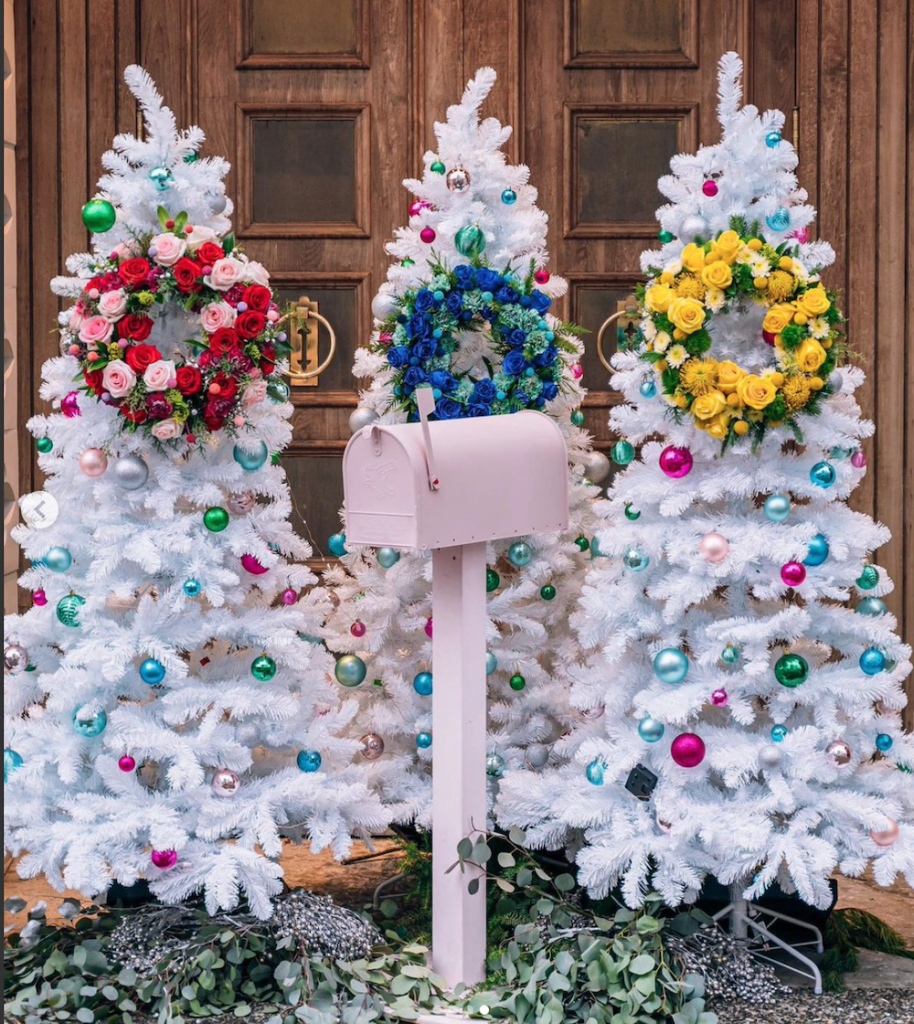