How the Poinsettia Took Over Christmas 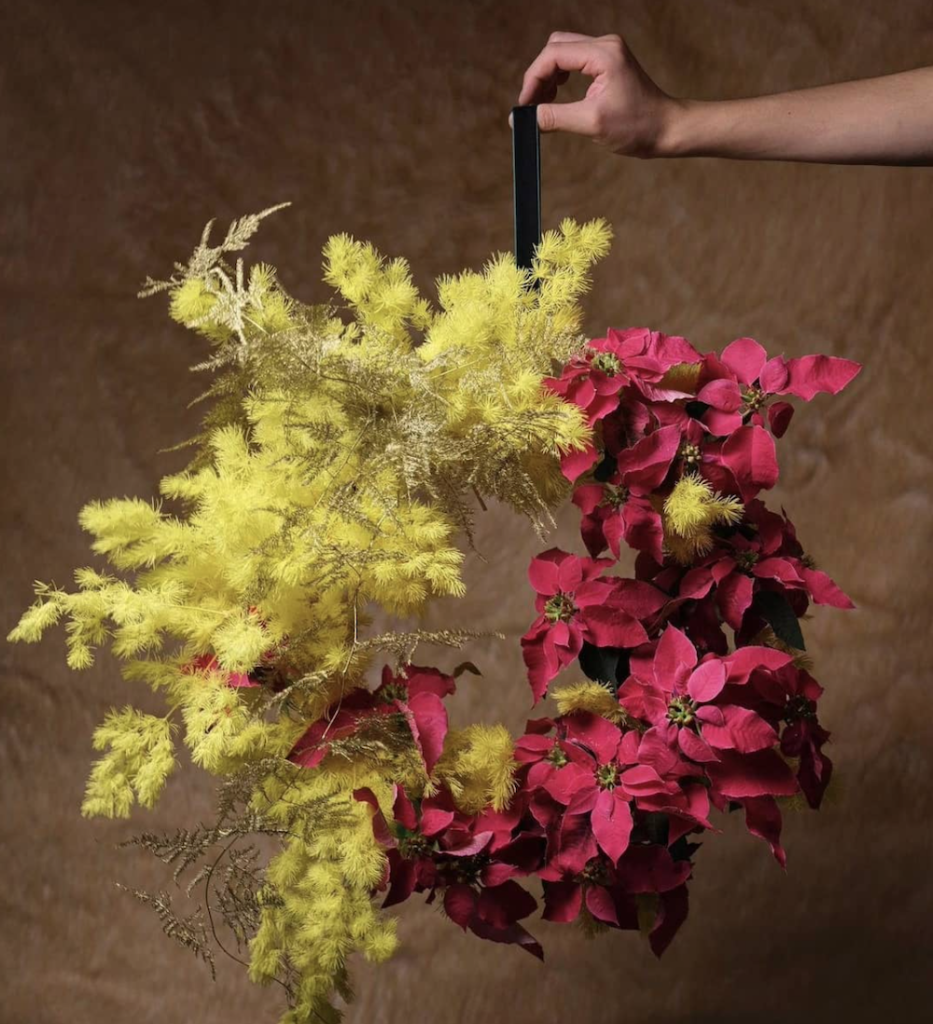 The poinsettia plant is a ubiquitous Christmas staple.

It’s one of the most popular plants in the world, with annual sales of ~90m units and a global retail impact of nearly $1B.

But behind the beautiful, blood-red bracts of the poinsettia, there’s a story rife with geopolitics, patent wars, a dethroned monopoly, and complex supply chains.

How did this Mexican shrub become America’s best-selling holiday plant?

To find out, The Hustle talked to poinsettia growers, breeders, salespeople, and historians.

Indigenous to Southern Mexico, the poinsettia (or cuetlaxochitl) was first used by 14th-century Nahua people for dye and medicinal purposes.

The plant’s brilliant red bracts — which are leaves, not flowers — were so revered by the Aztec emperor Montezuma that thousands of them were transported to the high-altitude capital of Tenochtitlan each winter.

After Spain colonized Mexico, Franciscan monks dubbed the plant flor de Nochebuena (“Flower of the Blessed Night”) and began to showcase it in annual Christmas processions.

For the next few centuries, the plant was cultivated and celebrated in Mexico – yet it remained obscure to the rest of the world. 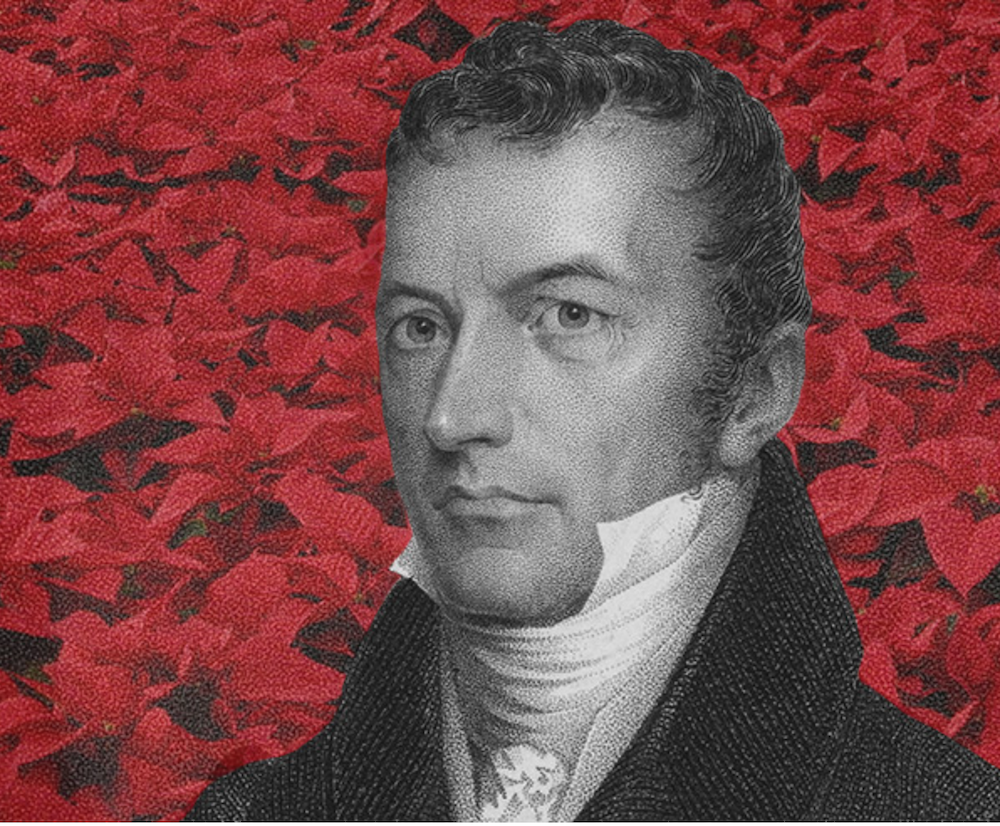 Then along came Joel Poinsett

Joel Poinsett, a wealthy Southern Unionist and slave owner, was appointed as the first US minister to Mexico.

While there, he failed in an attempt to purchase Texas and became a persona non grata for meddling in the country’s internal affairs.

But on a trip to the Southern town of Taxco in 1828, just before he was he recalled, he encountered the flor de Nochebuena and was so struck by it that he shipped specimens back to the US.

The plant — which eventually became known to Westerners as the “poinsettia” — made its public American debut at a flower show in Philadelphia and quickly became the talk of the town.

In news reports at the time, it was described as “the showiest flower to yet be seen” and praised for having “the most brilliant scarlet [leaves] ever produced in the vegetable or mineral kingdom.”

By the end of the 19th century, nurserymen were growing and distributing poinsettias for ~$0.25 ($8 today) at local markets.

But several things worked against the poinsettia as a commercial entity.

“Perhaps no other plant or flower we handle… is short-lived, wilts quicker, or is more disappointing to those who receive it,” wrote Fritz Bahr, an early floriculturist.

The plant would only last 2-3 days — and its weak disposition meant that it couldn’t readily be transported en masse.

It would take an enterprising family with a knack for marketing to help the poinsettia realize its full saleable potential. 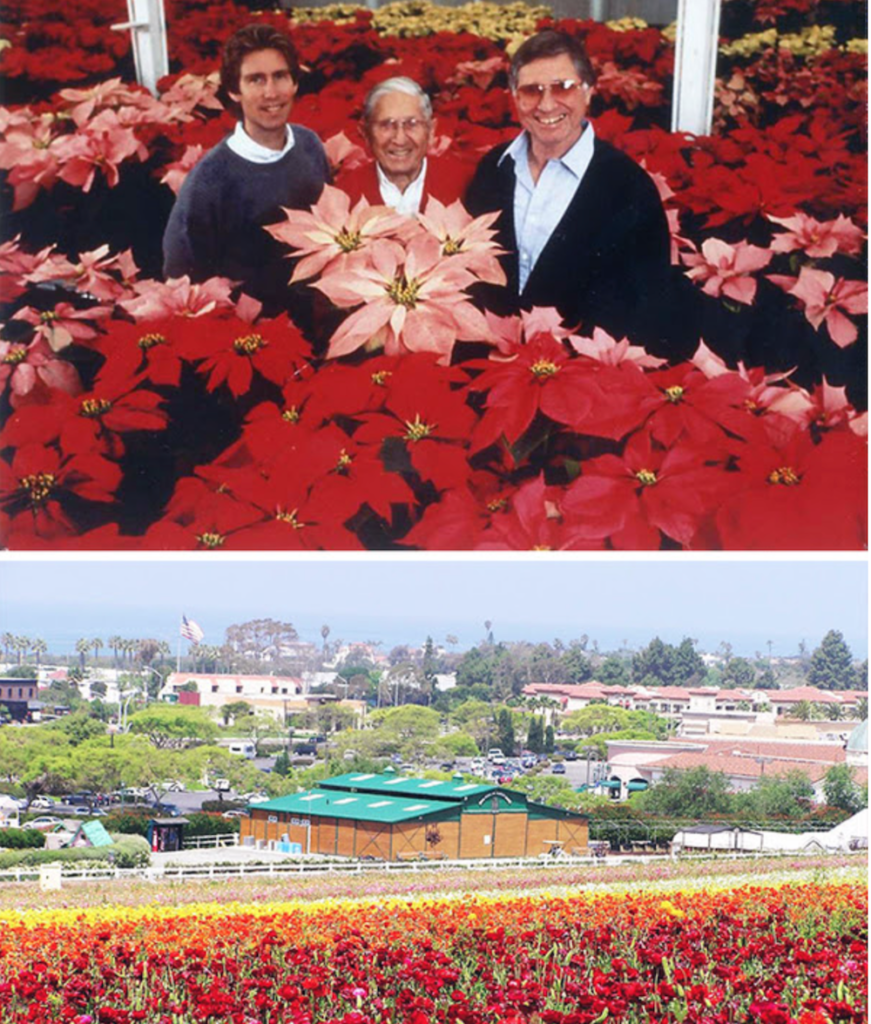 The ‘poinsettia prince’ and the rise of a monopoly

In 1900, a German immigrant named Albert Ecke packed his bags for Fiji, where he intended to open a health spa.

En route, he made a pitstop in Los Angeles and chose to settle there instead — a decision that would change the trajectory of agricultural history.

Ecke and his family established a dairy farm and a fruit orchard before eventually selling cut flowers, including poinsettias. By 1909, the poinsettias were selling so well that he made them the focus of his entire business.

His son, Paul Ecke, assumed the business in the 1920s and moved the operation to Encinitas, 25 miles north of San Diego.

In the wake of the Plant Patent Act of 1930, which allowed breeders to protect their new cultivars, he registered dozens of his creations, staving off competitors and copycats.

The specifics of Ecke’s prized breeding technique — which he acquired from an amateur German gardener — were guarded with the intensity of the Coca-Cola recipe.

“Nobody at the ranch knew the secret,” his grandson, Paul Ecke III, later told the Los Angeles Times. “My grandfather, my dad, and their breeder knew, and it was done at the breeder’s home so nobody could see.”

The result was a fuller, hardier plant with more branches — a product equipped to endure the tribulations of consumerism.

Marketed as the premier Christmas decoration

At the same time, under the leadership of Ecke’s son, Paul Jr., the company marketed the plant as the premier Christmas decoration, sending free samples to women’s magazines and making the rounds on prime-time TV programs like “The Tonight Show.”

By the 1990s, the family was selling 500k+ potted plants, and more than 25m cuttings — baby sections used to produce new plants — to other growers on a royalty basis.

At its peak, the company had a virtual monopoly on the US poinsettia market, maintaining a 90% market share and 150+ patents.

“The Eckes of Southern California are to poinsettias what De Beers of South Africa is to diamonds,” one reporter later proclaimed.

While competitors popped up, none could challenge the exposure, prominence, and rich IP of Ecke Ranch.

That is, until the worst possible scenario came to fruition.

In 1992, a graduate student named John Dole got his hands on an Ecke cutting and managed to reverse-engineer the company’s top-secret process — a method that involved grafting together 2 poinsettia plants.

“You don’t often see a situation in science where one paper makes a serious impact on the market,” Dole, now an associate dean at North Carolina State University, said. “But in this case, it really did.”

Competition flooded in, sparking a “golden age” for poinsettias.

The industry’s main focus shifted from cultivation to breeding, and dozens of new color variations popped up — hues of white, yellow, neon green, and pink — with names like “Premium Picasso” and “Monet Twilight.”

Big-box retailers also began to change the dynamic of the market.

“In the earlier years, poinsettias were mostly sold at independent garden centers and were thought of as an upscale plant,” says Dole. “But when the mass marketers started selling them, that perception changed.”

Home Depot, Lowes, and Walmart began purchasing vast quantities of poinsettias and selling them as loss leaders for as little as $0.99 each.

After slowly watching its monopoly decline, Ecke — the one-time king of poinsettias — sold its business to a Dutch conglomerate in 2012.

It marked the end of an era — and the beginning of a new, highly complex, international pipeline. 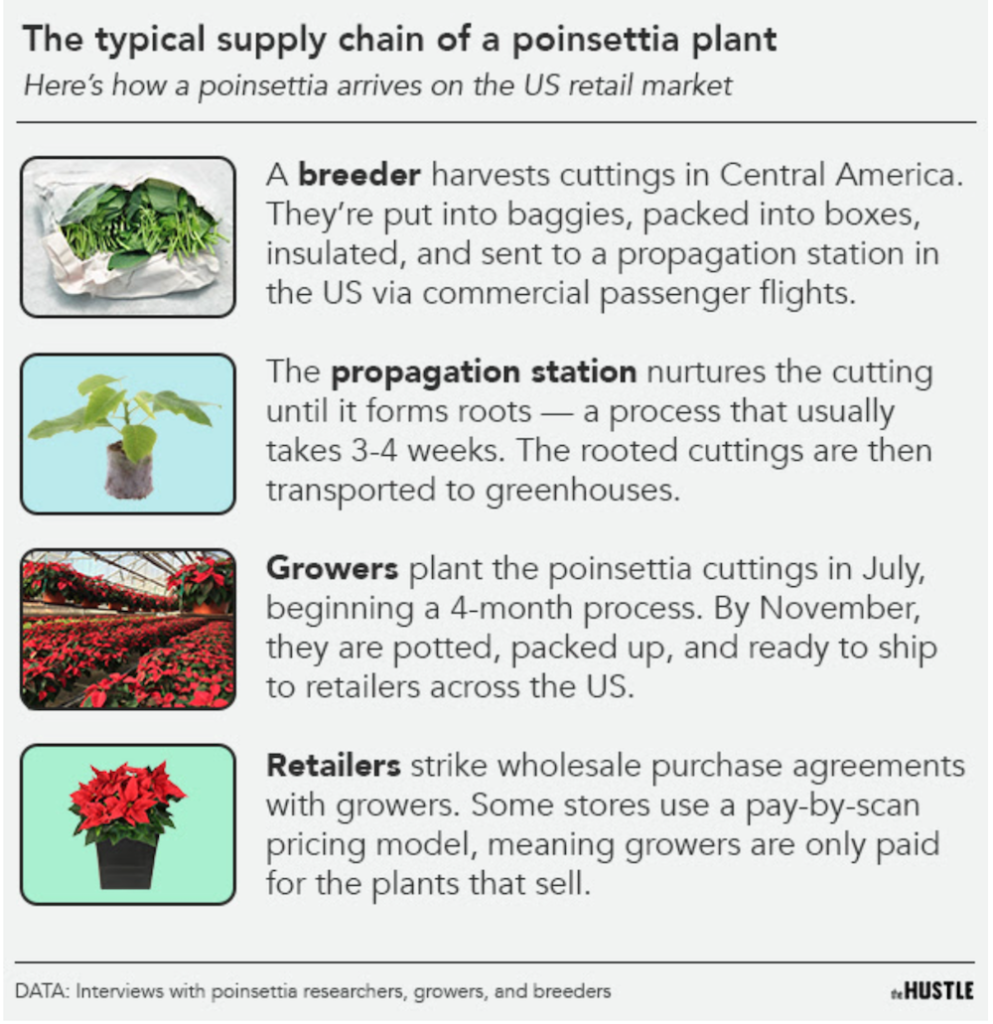 The modern economics of poinsettias

Today, Ecke is owned by Dümmen Orange, one of the largest plant breeders in the world.

Rebecca Siemonsma, who worked at Ecke from 2004-2012 and now oversees Dümmen’s poinsettia operations, says the company sells around 50m of the plants each year — more than half of the world’s supply.

In other words, it’s likely that the poinsettias you see at your local Home Depot come from Dümmen.

One faction who feels they’ve been left out to dry in this booming poinsettia market is Mexican growers.

Though Mexico sells ~$12m worth of poinsettia cuttings to the US market every year, a century-old foreign soil restriction prevents the country from selling its own native plant in potted form to US consumers. The Mexican Embassy has lobbied to change these restrictions with no luck.

Some growers feel embittered that a plant with deep native roots is now patented and controlled by foreign entities. Today, across the border, poinsettismo is used as a derogatory term to describe a person who is arrogant and intrusive.

But on US soil, the market — and the name — isn’t likely to change.

“Nothing says it’s Christmas time like a poinsettia,” says Wenke. “And I think it’ll be that way for a long time.”

Furthermore, with care, the poinsettia can last for months and bring cheer beyond the holidays.

This article originally appeared in the Hustle.