As Symbol of Hope, Vogue Puts a Single Rose on Its June Cover 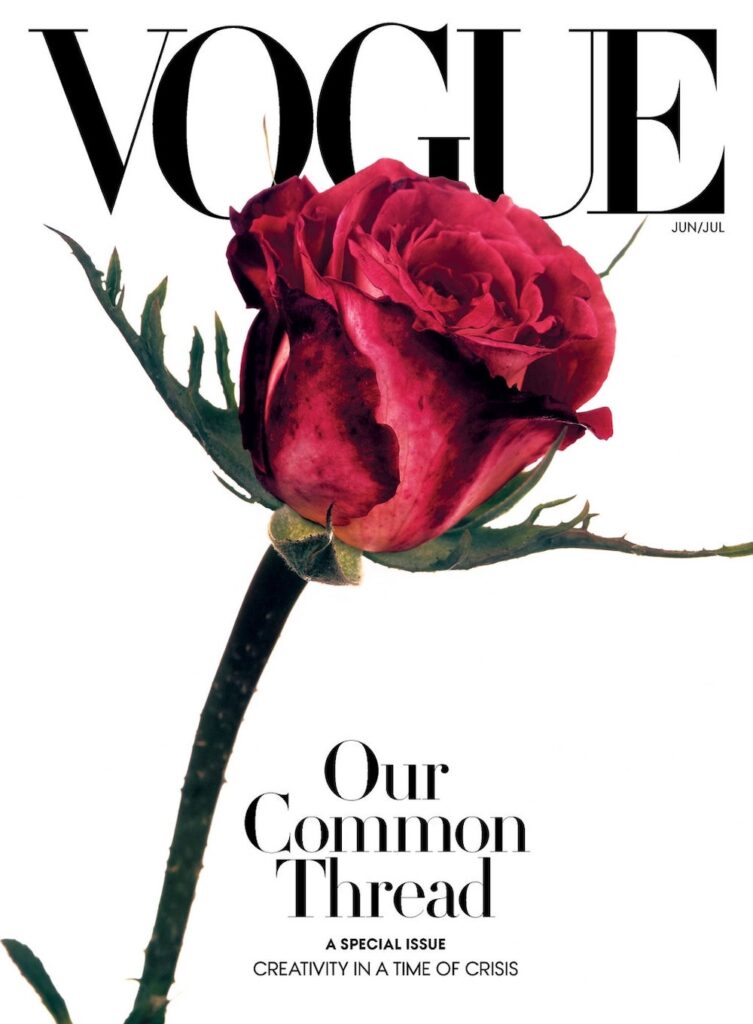 “I feel as if I had opened a book and found roses of yesterday sweet and fragrant, between its leaves.”

That’ sentiment is how we are feeling right now after discovering that Vogue magazine put a red rose on its June/July cover.

Not any rose. But a rose dug from the rich soil of Conde Nast’s archives which dates back to 1832.

This cover image marks the first still-life cover Vogue has published since September 15, 1962, another era of upheaval.

As the magazine explains in its opening letter, the rose is a “symbol of “beauty, hope, and reawakening” and this photograph was “a conduit between Vogue’s past and its present.” “The idea of heritage (as distinct from nostalgia) resonated when so many things we have taken for granted have been uprooted.” 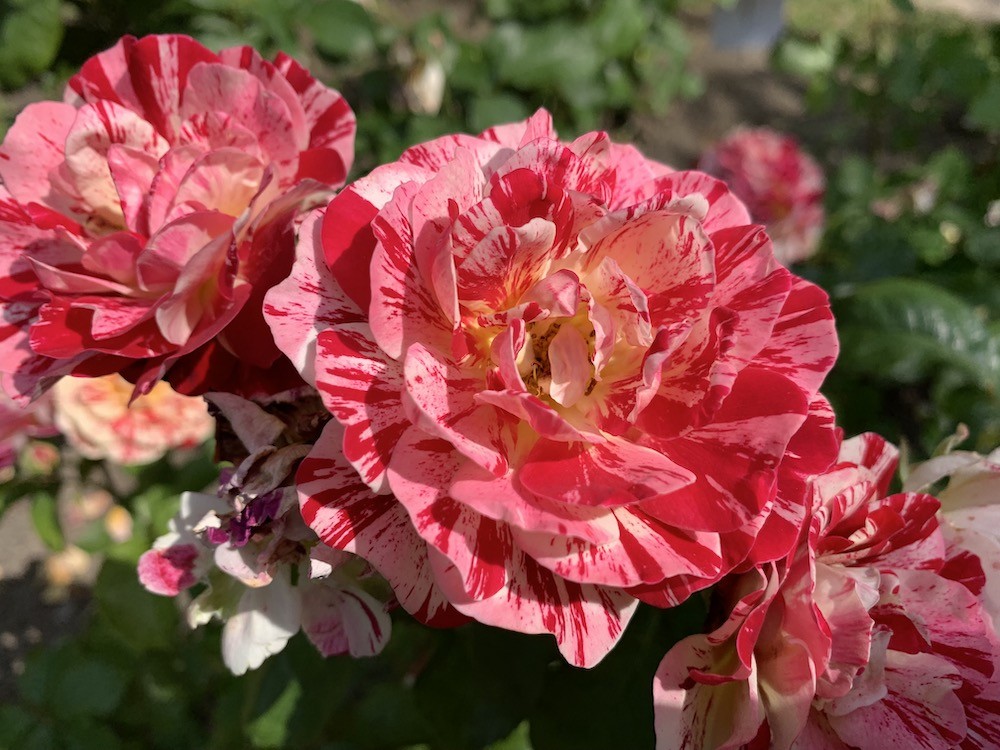 Merle Ginsberg, Writer at Large for the New York Post,  tips her hat to Anna Wintour –  the exacting editor who inspired the movie “The Devil Wears Prada” – for choosing this iconic image at this moment of time.

Recommended: These Extraordinary Flowers Show Us How Weird Can Be Beautiful

“Let’s face it – as we’ve stood on long grocery store lines for the last six weeks and seen celebs in gowns on fashion magazine covers, it all just looks so – wrong. SO yesterday,” says Ginsberg. “It’s no one’s fault. Those covers were shot before mid-March. But it’s refreshing to see a fashion magazine published after the pandemic’s breakout be so relevant and reflect the somber spirit of the nation.”

In fact, the world of fashion is in uncharted waters. This is a period that will be known as B.C. and Apres C.

“The cover is significant because it displays that Vogue can carry on purveying beauty and style without having to rely on traditional methods of production,” says Cosgrave, who also has a podcast, “A Different Tweed.”  “It might prompt younger readers to explore fashion history – how it began and the artistry which is truly involved in creating a superlative image.” 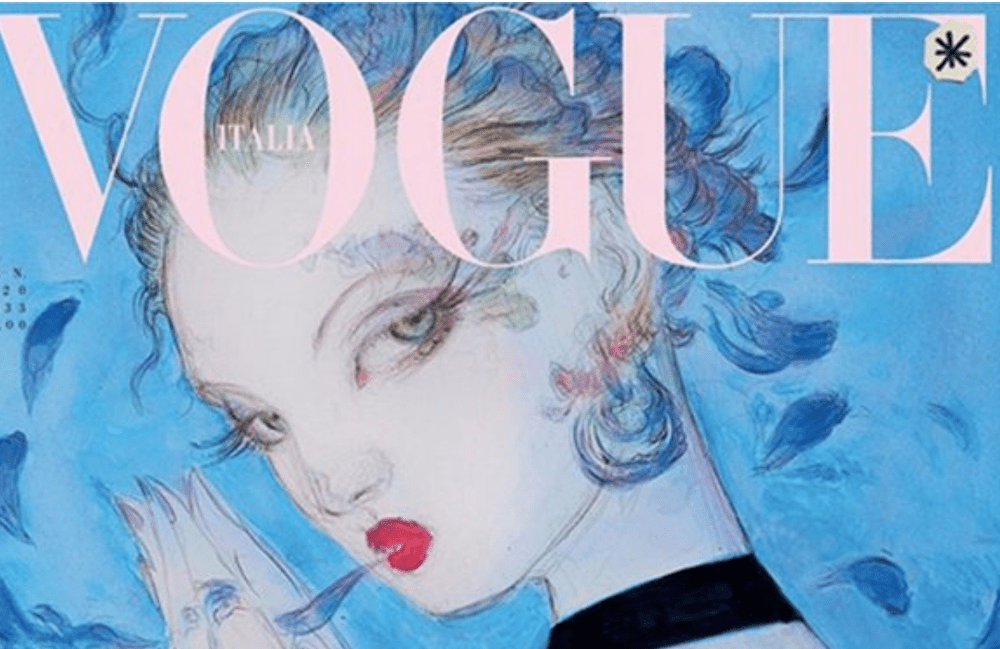 Already a  natural evolution of defining beauty is taking place organically as influencers share their truer selves to the Zoom cameras and on Instagram.

Kendall Jenner without make-up. A casual Tory Burch in her dining room. Drew Barrymore chatting in front of her tulip painting and playing with her daughter at the beach. Nicole Miller offering sustainability tips in a sweatshirt.

“I believe fashion and the entire fashion business are going to change radically,” adds Ginsberg.,who also writes for Los Angeles Magazine. “It’s time for the fashion business to finally get REAL: To take the environment seriously, take unemployment and our new economy seriously – to become far less escapist and about luxury and more about authenticity, usefulness and less pretension. In that vein, the Irving Penn rose – the first still life to brave the cover of Vogue since September 15, 1962 – is a gift of hope to the readers.”

Penn shot nine different flower portfolios between 1967 and 1971 – gathered into his 1980 book “Flowers.”  This one on the June cover was never published.

Wintour isn’t the only one who gravitated towards illustrations.

In fact, it’s the first time since 1932 that any Vogue International cover is absent chic color photography.

Emanuele Farneti, editor-in-chief of the magazine,  stated the challenge was “to demonstrate that it is possible to tell the clothes without photographing them.”

But Wintour’s cover is ApresC. It’s not an illustration championing fashion, but focuses on the ancient message of the rose — a symbol of beauty and endurance, as well as fragility.

Celebrating nature presses the reset button. Its simplicity allows us to refocus our priorities and perspectives. As Cosgrave notes about the U.S. Vogue cover, beautiful is no longer just about physical perfection. The rose is the June birth flower — but its selection is especially important now.

“There is beauty everywhere —particularly in nature. And now is the time to embrace, recognize and protect the natural world,” she says. “The rose is a symbol of love, and this is a good message to share right now.”