How One Of The Most Fragrant Roses Changed Many Lives

The other day I stopped into a local floral shop and asked, “What is the most special flower in the store.”

Joey, who works for Superior Florist, beckoned me to a wedding arrangement he was creating and shared the most fragrant rose I ever encountered. 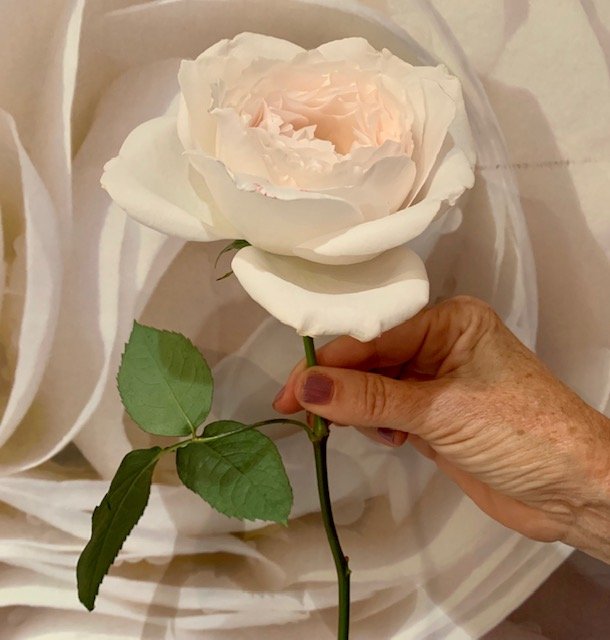 This act of generosity then had a ripple effect that made many people’s day and hopefully will make yours.

Leaving the store on Sixth Avenue of New York, I walked down the street and saw a couple bickering, their faces contorted with annoyance. Impulsively, I put the rose in front of them and said, “It’s 9/11 today and we all should be grateful to be alive. Smell this rose.”  As they inhaled this heavenly elixir, they both smiled and thanked me, their moods and body language transformed.

The rose’s magic powers then continued to inspire.

Heading into B&H video store, there was a long line to purchase an item. I serenaded the people waiting on line with the flower which sparked conversations among strangers. I then shared the flower’s fragrance with the cashier who stopped what she was doing, dug into her bag and showed us all her rose-designed iPhone case.  The customer she was waiting on said, “I can’t believe this is happening. I was just thinking about how I want to get flowers for a friend’s birthday and don’t know where to go.” The cashier then told him of a nearby Korean market that sold great flowers.  I peeled off a petal of the flower so she would have a souvenir of this encounter.

I then walked into the subway and sitting on a bench, trying to be invisible, was a haggard homeless woman, her Hefty garbage bags containing her few possessions, encased around her.

“Smell this,” I said gently.

Her lined face bowed down and jerked up as the scent engulfed her. “This is a rose,” she exclaimed, as her crinkled eyes widened in delight. “Oh I’ve never smelled a rose like this.”  “It’s beautiful isn’t it,” I said, connecting to her through this flower. “I always think of flowers as a universal kiss to remind us that solace and beauty exist.”

I then rushed into a subway car where the person on my left and right were given the opportunity to smell the rose too. Since this took place in New York, people are used to subways having some strange occurrences whether it’s someone with a boombox singing a Beatles song asking for money or a person selfishly hogging two seats.

But this one rose wanted nothing else but to bring joy.

Soon a conversation ensued over the rose, where I learned the person standing next to me was a teacher, the person sitting next to me a nurse. The teacher was thinking of teaching his young students about gardening in small spaces and we felt this rose was a sign.

Leaving the subway, I walked home, pumped from all these exchanges, and along the way waved the rose to people  I felt intuitively may need a little lift – the delivery man taking a break on his bike, a woman sitting alone in an outdoor cafe, and later, my doorman at our building.  The joy on their faces – as well as the surprise – made me giggle and feel in a small way I was making someone’s day. 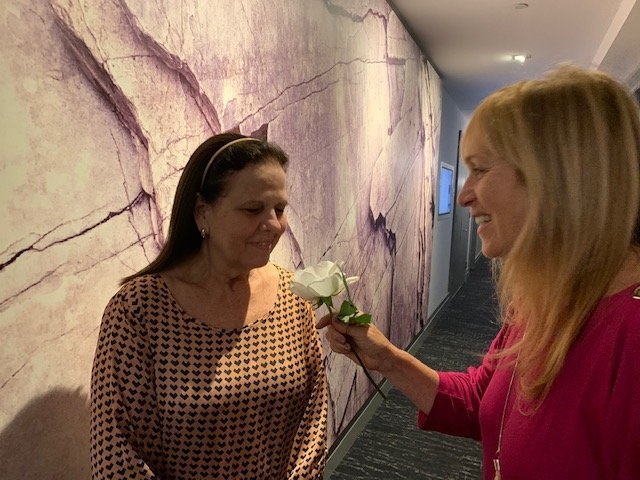 And this all happened because of the essence of one rose.

But then its feathery magic continued to cast a spell.

As luck would have it, I walked down West 53rd Street at the exact moment that actor James McAvoy was going into the studio door for “The Late Show with Stephen Colbert” to promote his movie, “It Chapter Two.” “Here check this out,” I said, as he grabbed the rose, thinking I was giving it to him.  I laughed and said, “No, this is for many people to enjoy. I only have one.”

He most likely thought he was having a strange New York moment but for me, it was a great New York moment. I’ve walked down that street hundreds of times and never seen a celebrity go into the studio.

As Chris Bergland wrote for Psychology Today, most people undervalue the power of scent. “Fragrances have the ability to evoke both positive and negative states of mind and reactions in milliseconds,” he says. “A positive smell can trigger a sense of security and the urge to tend and befriend while you rest and digest.”

According to a study by Rachel Herz of Brown University and Haruko Sugiyama at the Kao Corporation in Japan, childhood memories linked to scent stay with people throughout life. 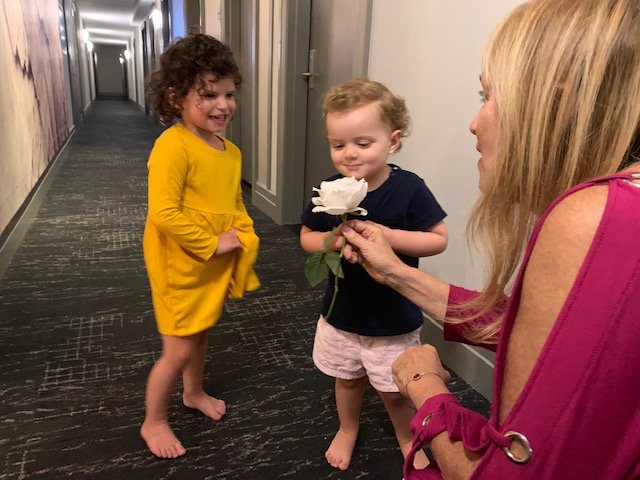 Many of us have positive memories of flowers – especially fragrant ones. It used to be that roses always smelled like a piece of heaven. But according to Beth Smiley, the publications director for the American Rose Society, breeders wanted the roses to last longer and be disease resistant which came at the expense of scent.

But this story wouldn’t have happened if some breeders – like David Austin -didn’t continue the old-fashioned pursuit of creating fragrant roses.

Nor would it have happened if I hadn’t shared this story with my colleague Frank Radice who suggested I write about these extraordinary series of events. I thought it wasn’t a story because it was supposed to be a random act of kindness. But he said, “It’s not about you. It’s about the story of this rose.”   In fact, this award-winning producer suggested that I find a special fragrant flower each month and take it on a journey and see what happens.

It may be a  monthly segment that we will do for Flower Power Daily.  Maybe we will call it,   “Stop and Smell A Rose.”

But for now, this luscious, magical rose was presented with love to my husband when he got home because women shouldn’t be the only ones receiving something so special. 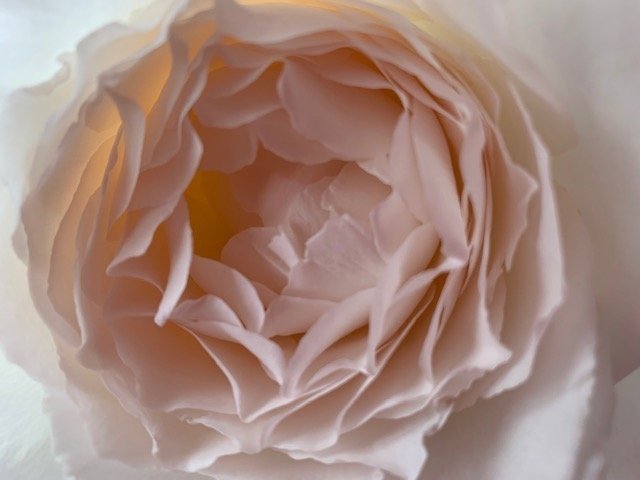 Jill Brooke is the former on-air correspondent for CNN and editor-in-chief of Avenue and Travel Savvy magazine. She is the founder of Flower Power Daily.