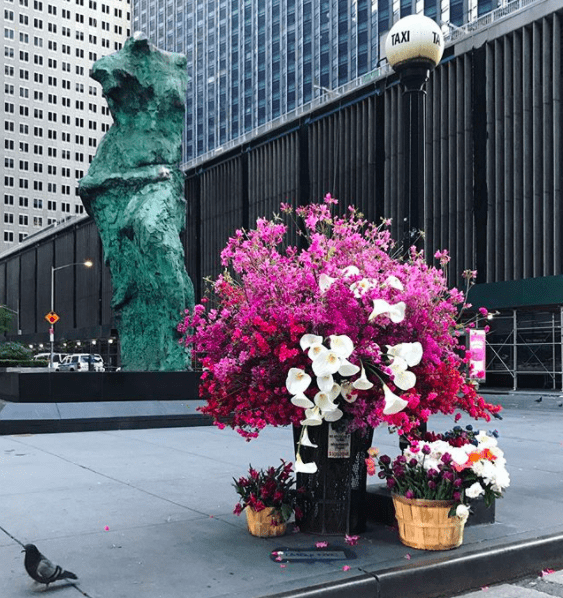 We have been fans of floral designer Lewis Miller’s Flower Flashes since he first started doing them a few years ago. With these spontaneous installations, he brings to life with vibrant blossoms the normally overlooked spots of New York City such as trash cans, phone booths, and fire hydrants.

But when the streets of New York became deserted over the past couple of months due to the Covid-related order to stay inside, Miller took to the streets with renewed vigor, and a new purpose.

Miller began dedicating his flower flashes to New York healthcare workers, those, as he wrote on Instagram, “who give us hope and serve as constant reminders that there is true goodness in the world.” His already-inspiring moments became instances of support and gratitude to those who have been risking their lives on the front lines of the pandemic. 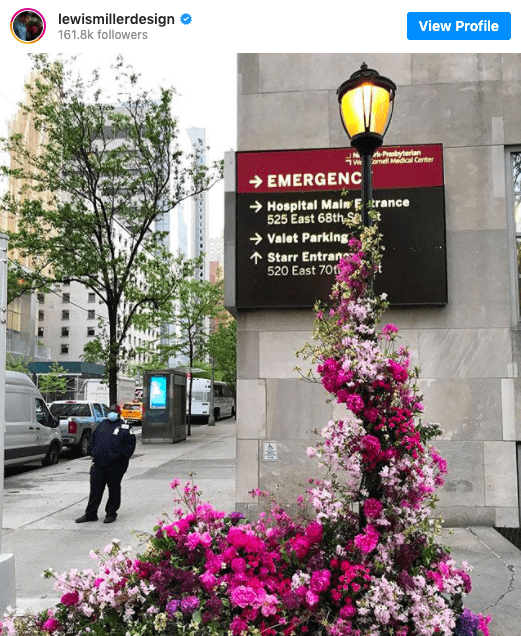 “With the city being so desolate and people being stuck inside, and it being a cold, dismal spring, we needed hope,” Miller told CNN. “Doing it for the health care workers was a no-brainer because they’re the ones that are out there doing the deed while the rest of us are sequestered inside.”

Recommended: In This Video, Lewis Miller Shows You How to Care for Cut Lilacs

And people have taken notice. “I used to walk this route to enter work every day for 7 years,” wrote one commenter, @garnishnashville, on his instagram post of May 18 featuring an installation outside of New York Presbyterian. “Thank you for brightening the paths for my former colleagues working on the front lines!”

In addition to his impromptu arrangements, Miller continues to sell Flower Flash Boxes (which give you all the blooms you need to create your own), with a portion of the proceeds going to the Greater New York Hospital Association—thus far, he has reportedly donated $60,000.

Maybe you’ll be lucky enough to see one of his Flower Flashes in the flesh. But if not, here are some of our favorites that he has done recently, during the pandemic and before. While Miller’s message of hope and joy is so relevant now, it is one worth carrying on into the future. 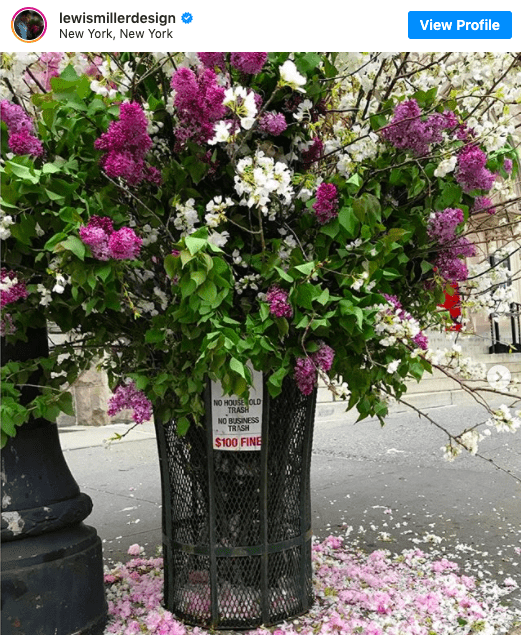 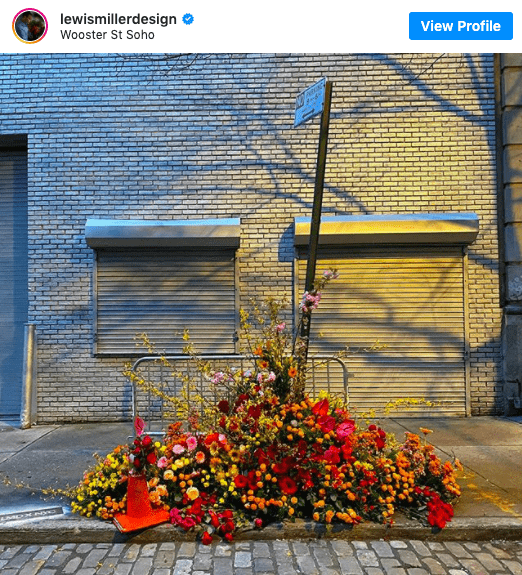 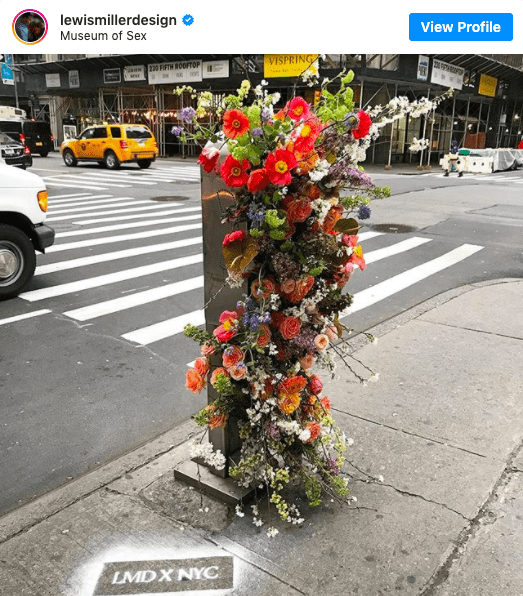