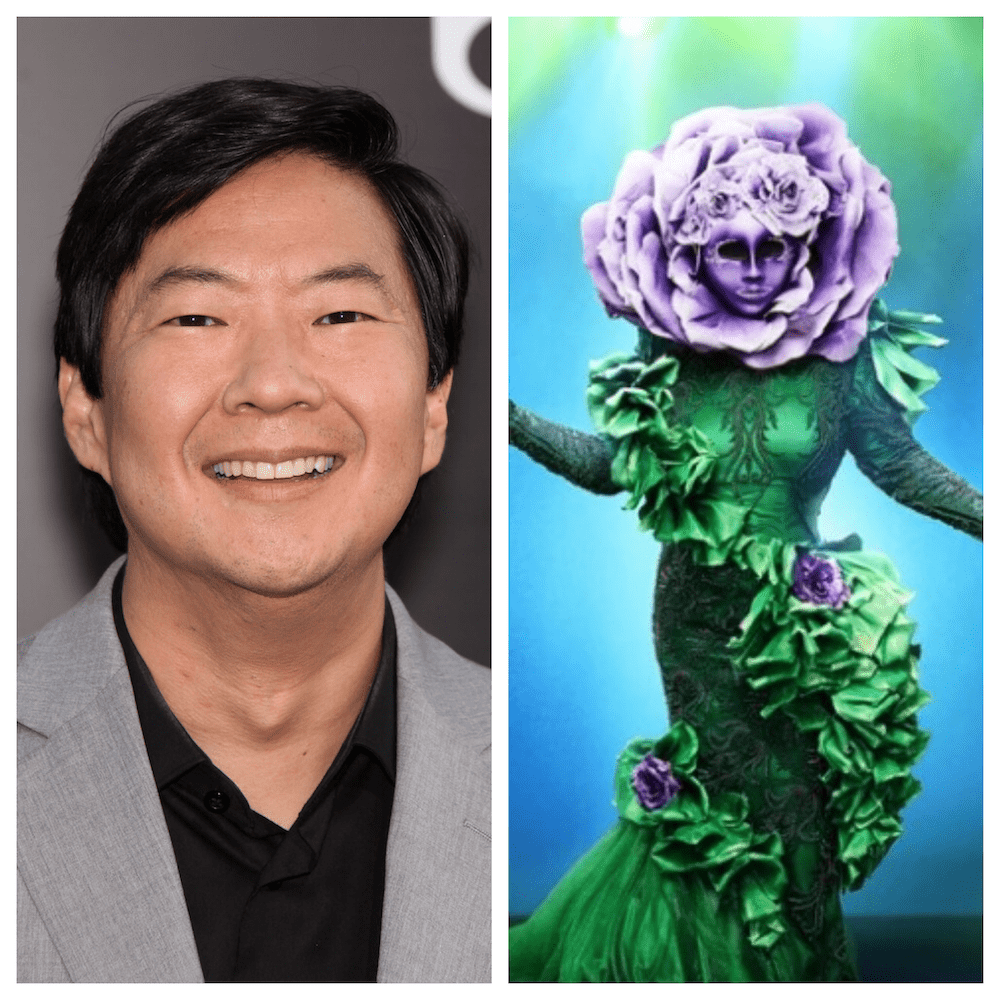 Happy Birthday to comedian Ken Jeong who knows that laughter is the best medicine. Especially when he engages with the dressed-up “Flower” character on the singing competition show The Masked Singer.

You may not know that Jeong was a medical doctor prior to becoming a comedian; technically he can still practice in the state of California. In fact, he had a part in the film “Knocked Up” while practicing as a doctor. He would do stand-up for fun and soon found that it was his calling. His wife, Tran, is still a practicing doctor.

Luckily, roles in films including “The Hangover,” “Crazy Rich Asians,” and “Community,” as well as the ABC sitcom “Dr. Ken,” have made his choice to leave medicine seem a healthy one.

We like his new funny role on The Masked Singer where he is a panelist who has to identify what singer is “The Flower.” The concept is that a famous singer is dressed up in a floral costume and the panelists have to figure out the clues. Other members of the show include Jenny McCarthy and Nick Cannon.

As one costumed singer said to him, “What’s up rosebuds? Some say I blossom in every field I plant myself so becoming ‘The Flower’ was a natural arrangement. I’ve dipped my petals in just about everything. My whole life I’ve done everything to the nines.”

Natch the 51-year-old actor could play off those funny lines.

Jeong’s hit show is on hiatus now but will hopefully resume filming soon.  In the meantime, we can watch some of his famous movies, especially Crazy Rich Asians, which has flowers galore.