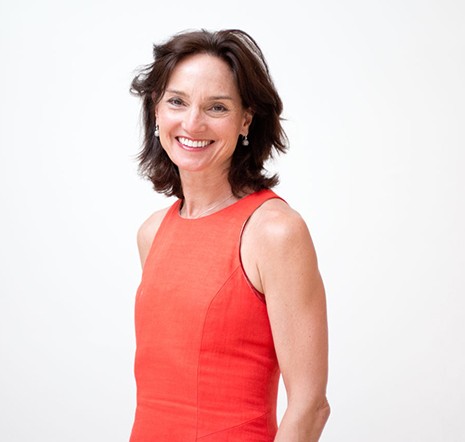 The New York Botanical Garden has announced that Dr. Carrie Rebora Barratt is stepping down as its CEO and the William C. Steere Sr. President. Barratt’s tenure will last through the summer.

Dr. Barratt took up the position two years ago in July 2018 making waves as the institution’s first female president in its 127-year history.

The board will begin its search for a new CEO and President. During this process, Director of the Garden J.V. Cossaboom will fill these roles in the interim.

“My two-year tenure at the Garden, including leadership in this unprecedented time, has helped me see our changing world with new perspective,” said Dr. Barratt in a statement. “The Garden has the strong foundation in place to seize new opportunities of significant scope in our community in the Bronx and beyond.” She continued, “I depart after a period of considerable thought about my own path and have chosen this moment as an opportune time to act, when we have closed out our fiscal year with a balanced budget and are ready to welcome the public back.”

The Garden is opening to the public on July 28, while the major exhibition Kusama: Cosmic Nature, which was set to open this spring before the new coronavirus pandemic struck, has been rescheduled to spring 2021.

Before her time at the Garden, Barratt, a scholar on early American painting, spent three decades at the Metropolitan Museum of Art where she served as a curator in the department of American Paintings and Sculpture where she curated many major exhibitions and finally as Deputy Director for Collections and Administration for which she led and managed initiatives across 27 departments of the museum.

In 2017, it was rumored in art world circles that Barratt was a candidate for the role of director upon the controversial resignation of Thomas P. Campbell.

Describing her keenness for the Garden as she was stepping into her role there, Barratt told the New York Times, it “is like a magnet.” “You can’t help but leave feeling more joyful,” she said at the time.

During her tenure at the NYBG, the Garden formed committees for Board Diversity, Equity, and Inclusion, which “wrote and adopted an institutional DEI plan,” according to a release. The palm dome of the Enid A. Haupt Conservatory underwent a $17.7 million restoration. Barratt also presented the largest botanical exhibition in the institution’s history: Brazilian Modern: The Living Art of Roberto Burle Marx.

“We are grateful to Dr. Barratt for the important contributions she has made to the institution,” said J. Barclay Collins, Chairman of the Board of Trustees, in a statement. “We especially appreciate her role in leading the institution through the challenges of the Covid-19 pandemic. She leaves the Garden in a strong financial and operational position as we head into our reopening scheduled for later this month.”