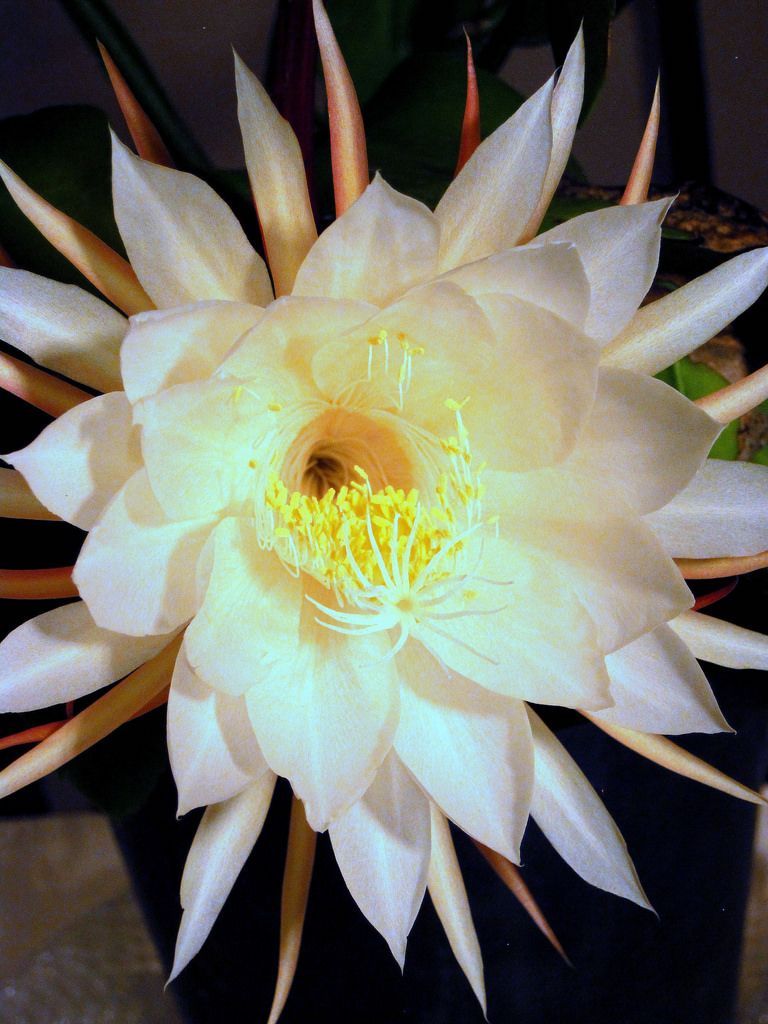 You’ve heard of coming-out parties. But for a flower?

Yup. On “Crazy Rich Asians” that was a plotline for a scene about the Tan Hua flower that some have called the Cinderella of plants.

Fans of the hit film “Crazy Rich Asians” became fascinated about this rare precious flower after its flamboyant debut in the blockbuster romantic comedy hit. It became flower news.

The fragrant Tan Hua flower blooms once a year in the dark of night and then dies at sunrise.

In the film, based on Kevin Kwan’s book, “Crazy Rich Asians,” which, as the top-grossing romantic comedy in ten years, will have a sequel called “China Rich Girlfriend,” and probably many more.

In the plotline, Nick brings Rachel home to meet his wealthy family. His imperious grandmother is having a party to celebrate Tan Hua’s bloom.

Originally from Guatemala and Mexico, the Tan Hua plant was imported to China in the 1600s. Technically, the night-blooming cactus is called Epiphyllum oxypetalum. Outside of China, it is also known as orchid cactus and night-blooming cereus.

According to awkwardbotany.com, its beauty and intrigue along with its relative ease of cultivation helped it become popular and widespread across Asia and other parts of the world.

Along with other exotic plants that bloom only in the dark, it is called Queen of the Night. There are now Queen of the Night Facebook groups (one is in Hudson, NY), as well as nighttime celebrations of the night-blooming cereus’s flowering in its native environment in the summer. At the Tohono Chul botanical garden in the Sonoran Desert in Arizona, according to The New York Times, staff serves tacos, ice cream beer and wine instead of champagne to those who come out after dark to see their 300 sweet-smelling cereus.

Culturally in Asia, this coming-out event is considered a sacred experience – especially in India where it is said to bring luck and prosperity to households who are lucky enough to witness it.

In fact, that factual theme was reinforced in the “Crazy Rich Asians” script when Nick’s cousin Astrid tries to convince her husband to see it. “It’s good luck to see the flowers bloom,” she reminded him.

Since the flower blooms only once a year, florist Eunice Teo created more than two dozen look-a-like artificial flowers. Each took over four hours to create. Teo, who runs Amtrol Flower Designing, an online florist and training center based in Malaysia, was selected to be the film’s florist and created all the lavish blooms in the film. 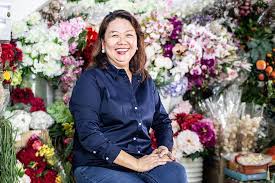 According to star.2.com,  Teo got to see the real flower bloom while she was working on the set. “Four of them bloomed right before my eyes – it was so exciting!” Teo told star.2.com.

Recommended: How to Grow and Care for Irises

Proving how the Tan Hua may be a good luck charm, the scene where the flower bloomed in the movie was the real flower, and not one of Teo’s reproductions.

Although this was Teo’s first movie job, her exquisite arrangements impressed many. Teo is now working on another Hollywood film and we can’t wait to see her new creations. But you can also see “Crazy Rich Asians” on HBO. 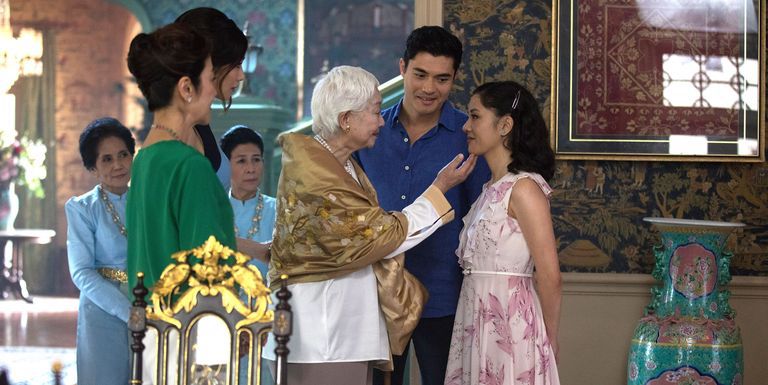 The sequel, “Crazy Rich Girlfriend,” is reportedly in the works. And yes, it will have flowers.