Take a Look at the World’s Largest Flower, Just Found 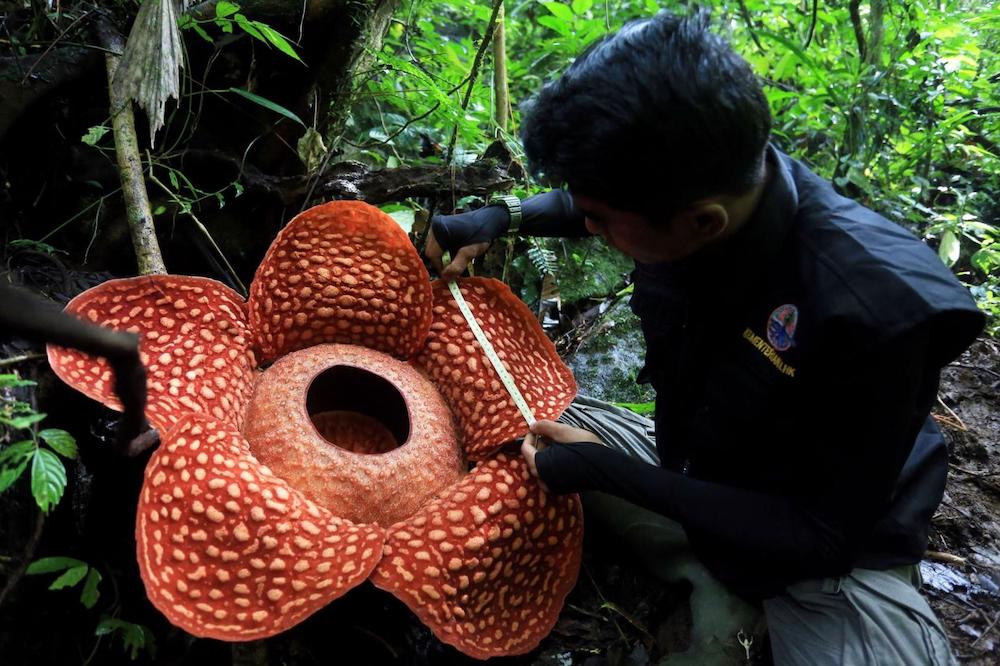 The largest flower ever recorded has been found in West Sumatra. A four-foot flower! What is it? It’s called the rafflesia plant and this one measured four feet in diameter. It’s also called a “corpse” flower because it may be very big but it’s very stinky too.

Tim Pollak, outdoor floriculturist at the Chicago Botanic Garden told Live Science that the smell and the dark burgundy color of the corpse flower are meant to imitate a dead animal to attract insects -especially dung beetles who feed on animal flesh.

Corpse flowers are also able to warm up to 98 degrees Fahrenheit (36.7 Celsius) to further fool the insects.

This rafflesia plant isn’t so nice either. The plants are parasitic and feed on a host plant to live, sucking its water and nutrients. After taking over the host plant, the rafflesia flower bursts through the host plant. Sounds like an alien invasion right?

Nor does the flower have any visible roots, leaves or stem. It just appears at its chosen time. 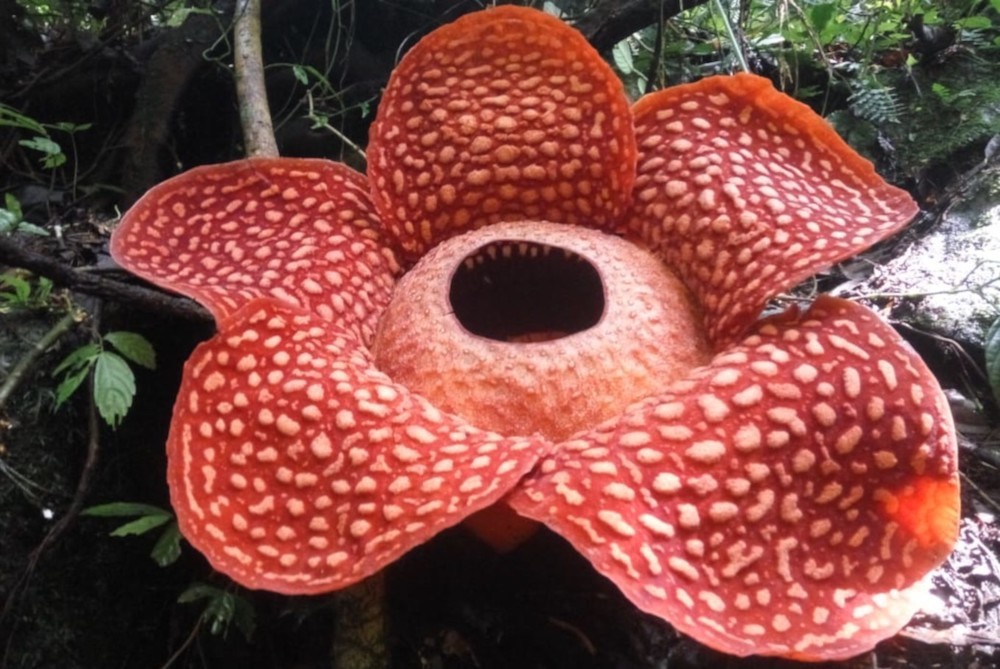 These species of plants are often found in the rainforests and jungles of Indonesia. It was this same location ironically enough where the last world record was broken back in 2017. But this one is four inches BIGGER.

However, the life span of these celebrated flowers isn’t long. Its mouth remains open for just one week before it rots and dies.

You may be wondering is this the same special flower that was depicted in “Crazy Rich Asians.”

That was the Tan Hua flower. It’s prettier and also less menacing.

Fans of the hit film “Crazy Rich Asians” became fascinated about this rare precious flower after its flamboyant debut in the blockbuster romantic comedy hit.

The fragrant Tan Hua flower blooms once a year in the dark of night and then dies at sunrise.

Along with other exotic plants that bloom only in the dark, it is called Queen of the Night.

Culturally in Asia, this coming-out event is considered a sacred experience – especially in India where it is said to bring luck and prosperity to households who are lucky to see it.

The rafflesia plant blooms annually as well – part of a group of rare flowers of the world.  What makes this so special is its size. Thus it is a headline-making story.

For those in the United States, it was also a headline-making story when the New York Botanical Garden grew one in 2016 following what was reported as an excruciating 10-year growth period. Another stinker bloomed at the San Francisco Conservatory of Flowers in 2018.

We will keep you informed of any others that may be blooming this year.