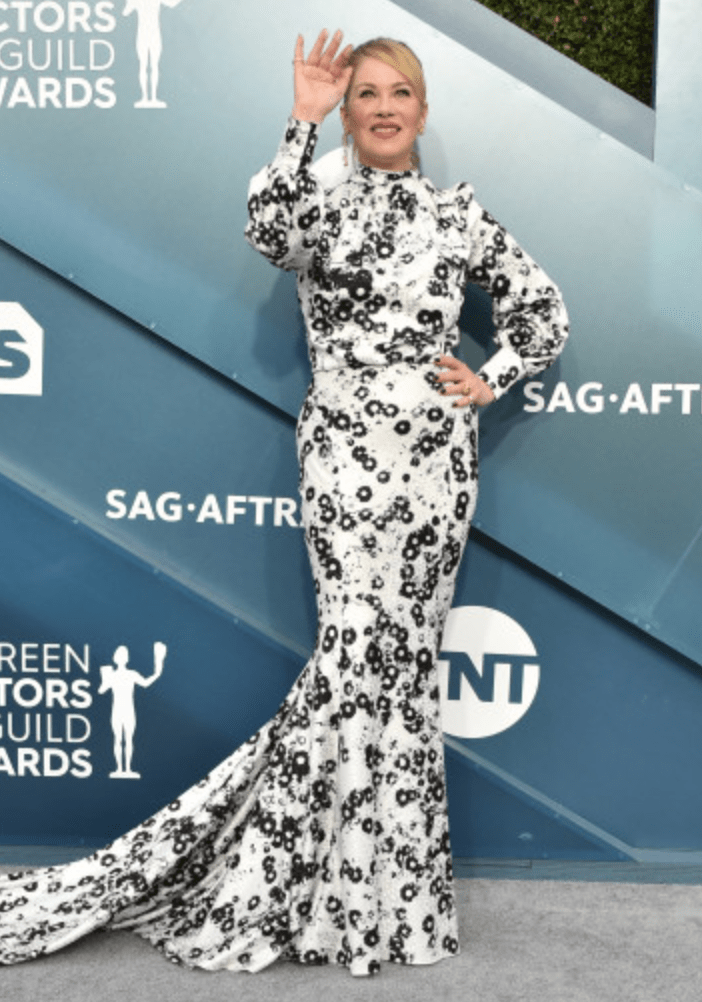 In floral news, there were some stand-out dresses at the recent Sag Awards.

Designer Monique Lhullier created a stunner for Christina Applegate, which didn’t show a lot of skin but showed a lot of style.

Applegate was nominated for the role of Jen Harding in “Dead to Me,” shined in a black and white high neck floral ensemble with 1940’s rounded sleeves that puffed out with feminine flair.

Sarah Goldberg’s dress also by Monique Lhullier was light and lovely with touches of flowers in copper tones. The “Barry” actress also didn’t show a lot of skin which I sometimes think makes it more relatable. 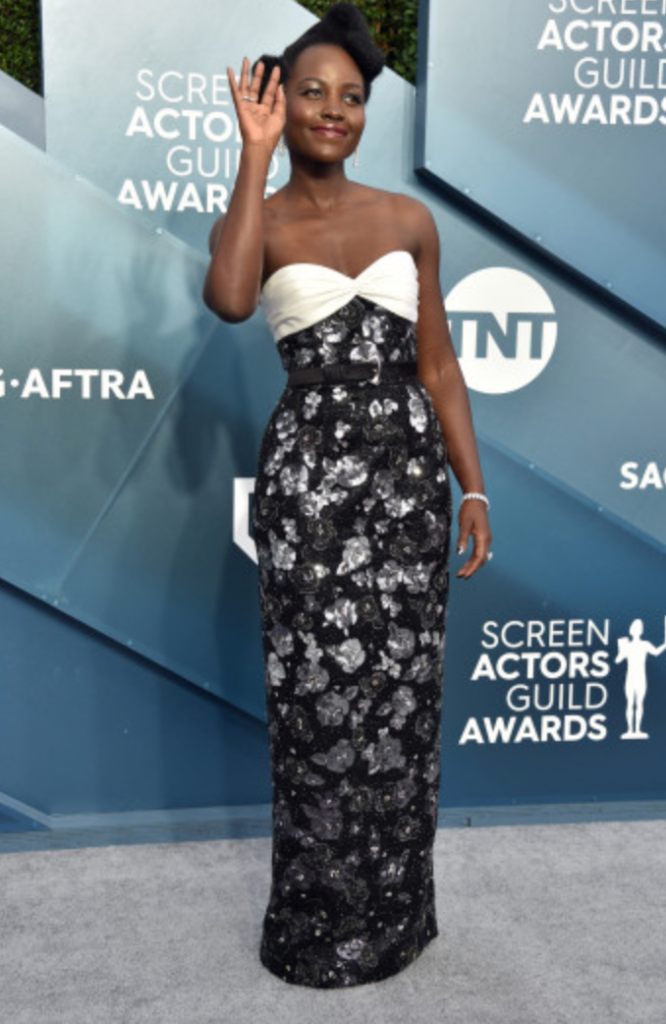 Lupita Nyong’s dress was also a winner. Custom designed by Louis Vuitton, the strapless black and white dress was both simple and pretty. The top had a strapless bathing suit top that then flowed into a floral embroidered fabric that subtly shimmered.

Kudos to Storm Reid who also had a lovely floral cocktail dress but one that was easy to wear anywhere. 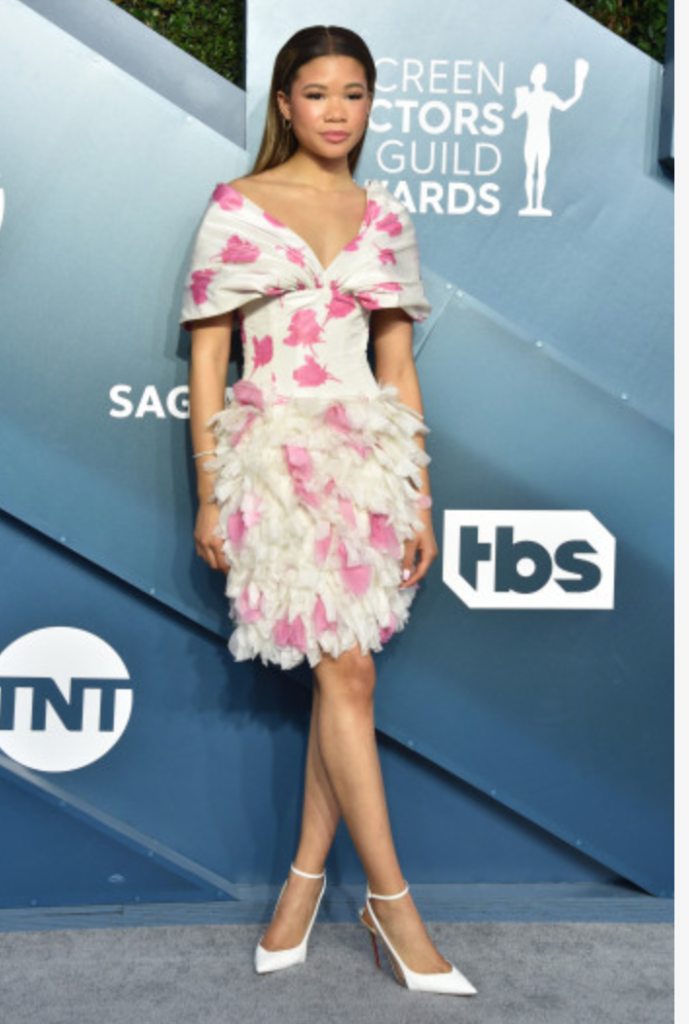 Sarah Hyland’s dress was youthful and fun and perfect for someone who is petite and thin. But how did she keep the fabric from not slipping and exposing private parts? I’d be too nervous to walk. It got a lot of attention for inventiveness but didn’t get Flower Power Daily’s award for practicality. 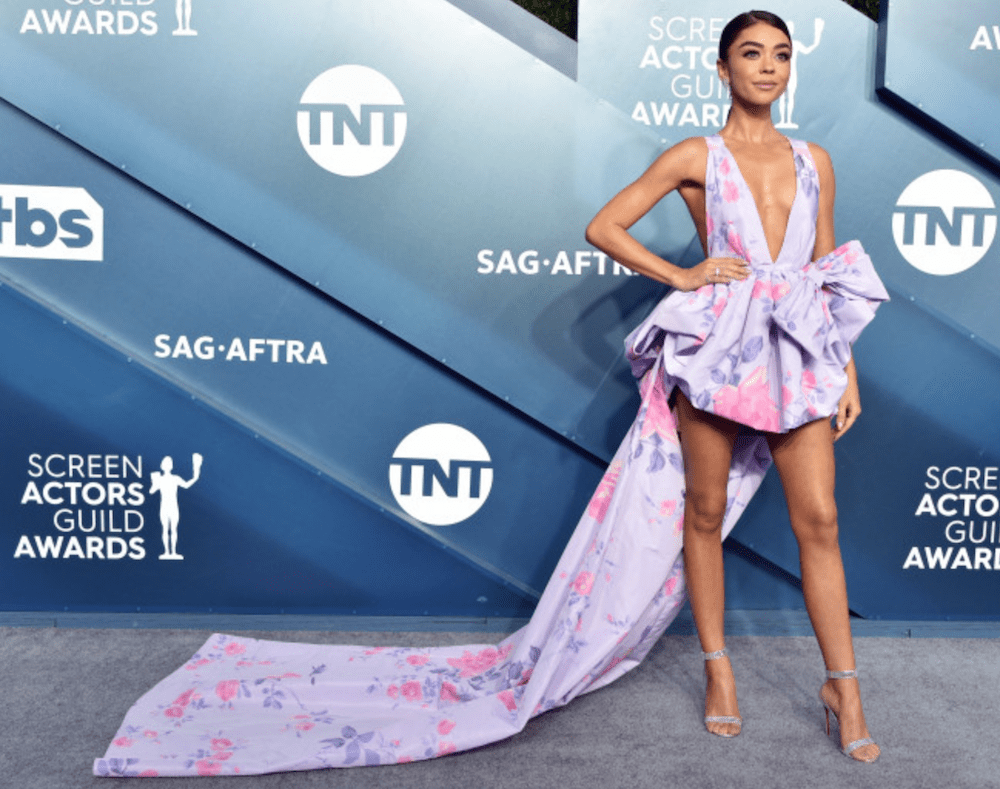 Others who chose floral-inspired dresses at the Screen Actors Guild Awards included Margaret Qualley who wore a Chanel pantsuit with a large camellia pin.

There was a reason Coco Chanel loved this flower. As written about in many biographies, Coco Chanel fell in love with the camellia after reading Alexandre Dumas fils’ “La Dame aux Camelias,” a story in which the heroine always wore a white camellia, showing that her heart remained pure and focused. 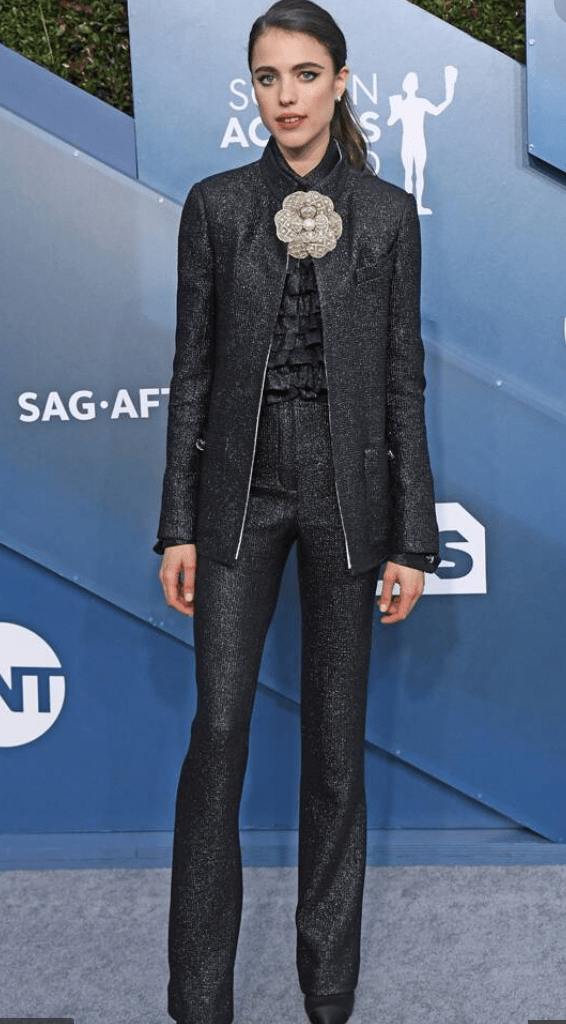 There was another appeal to this flower, which is from Eastern cultures. The camellia flower didn’t interfere with the scent of her famous Ch. 5 perfume. 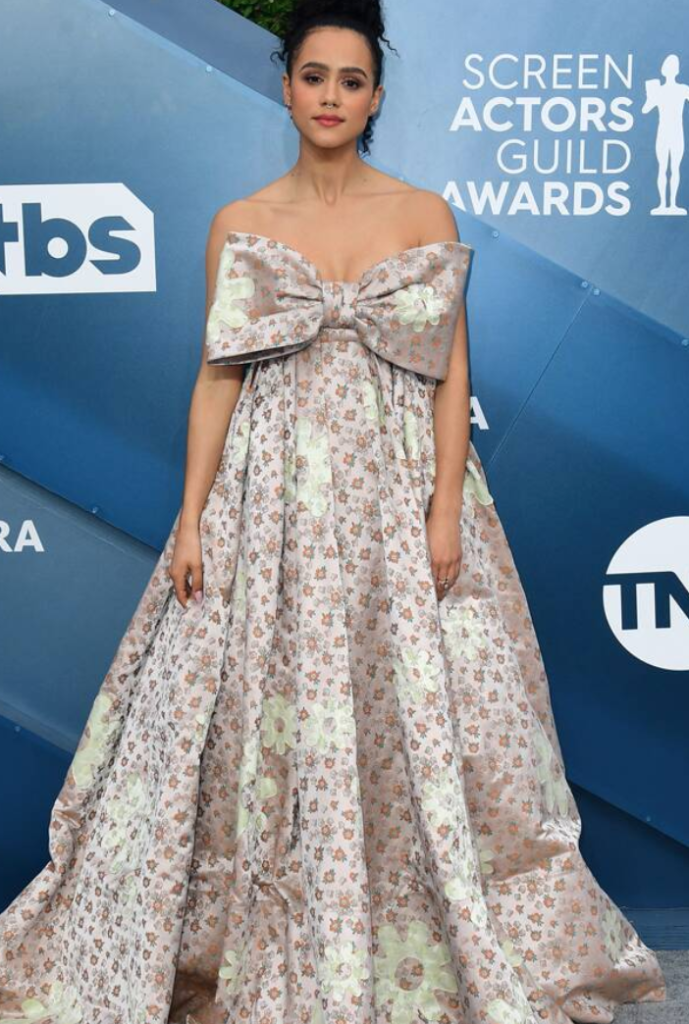 The one dud our team didn’t like was “Game of Thrones’” Nathalie Emmanuel dress. She wore a Miu Miu which looked like my grandmother’s curtains with an oversized bow. Her disheveled hair added to the overall look of feeling like a present wrapped up but not excited about it.  However, the fabric was just gorgeous with shimmering creamy flowers growing on top of delicate pink blooms.  If there was less fabric, this would have been something we would have wanted to wear.

What did you think? What were your favorites?

The Screen Actors Guild Awards is one of several big awards show that happen before the Oscars February 8th. It follows the Emmys, Golden Globes and then other luncheons and events before the big reveal for the most coveted award – the Oscar.