Over the past 18 years, the Tamiami International Orchid Festival has become a nationally and internationally recognized event.

Located in the Miami Dade County Fair, it was started by Martin Motes, who is president of Motes Orchids, as well as a  master grower and teacher. For decades now, he has cultivated orchids at his farm in Redland, Florida.

He, along with this son Bartholemew, run both the festival and the orchid farms. As a side business, they also grow customized orchids for clients as well.

Like a Picasso or a great Pinot Noir, orchids can be rare treasures for those who are connoisseurs and collectors.

“The process of hybridizing has a lot in common with panning for gold,” says Bartholemew Motes. “Imagine if in every field of lettuce there were a handful of diamonds and you had to grow the whole crop to find them. You are left with a bunch of lettuce to eat and a few gems.”

The Tamiami International Orchid Festival brings together over fifty-five orchid growers along with another 40 rare plant and orchid related product vendors. The orchid growers bring exotic plants that range in price from around $15 to $8000.

What accounts for the difference? “Rarity and quality,” says Bartholemew Motes. “The Phalaenopsis you find in your supermarket is not poor quality, but they are very common. They benefit from production at a scale that reduces their price below what is possible for a smaller grower. Meanwhile, there are plants that simply cannot be reproduced in great numbers. Those plants tend to command a very high price.”

Here are 5 Rare Orchids to See: 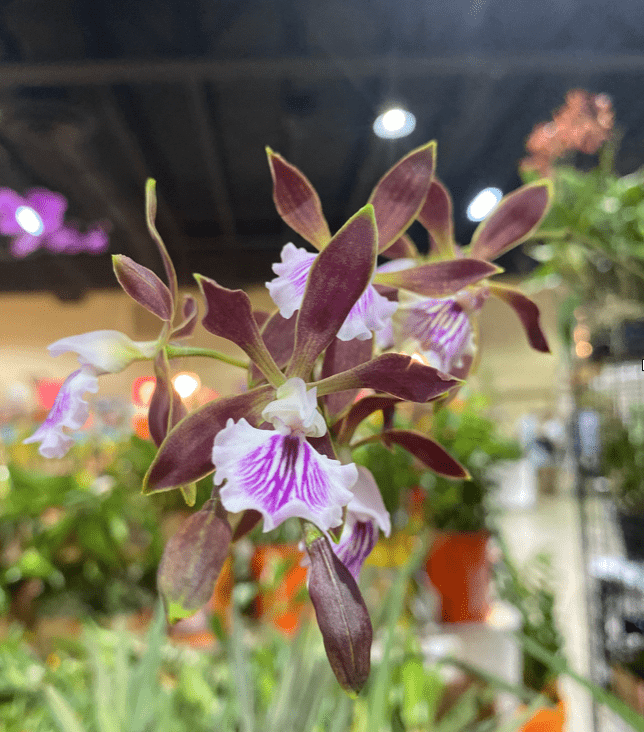 Claude W. Hamilton, the American Orchid Society Judge, is a master breeder of orchids for over 25 years. This plant is found growing in the Bahamas, Cuba, Cayman Islands and Grand Turks and Caicos 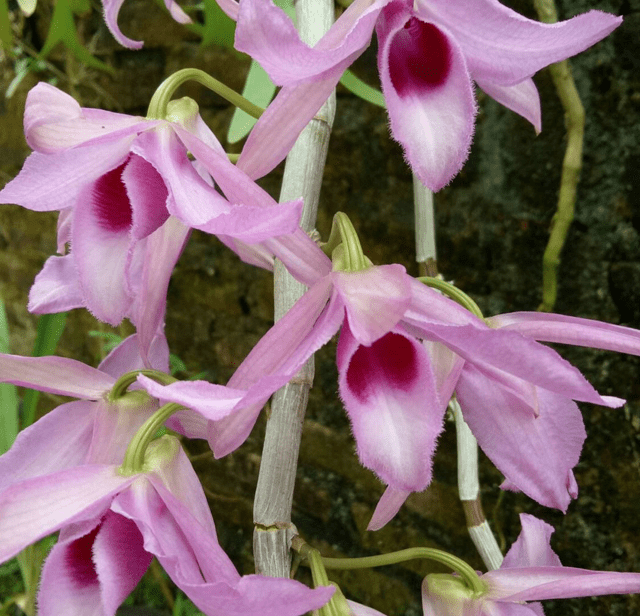 This is from Mac Rivenbark, owner of Mac’s Orchids President of the Fort Lauderdale Orchid Society.

He informed us that this species is native to New Guinea, the Philippines, Sri Lanka and Thailand. The long pseudobulbs are said to grow nearly 10 feet) in length! 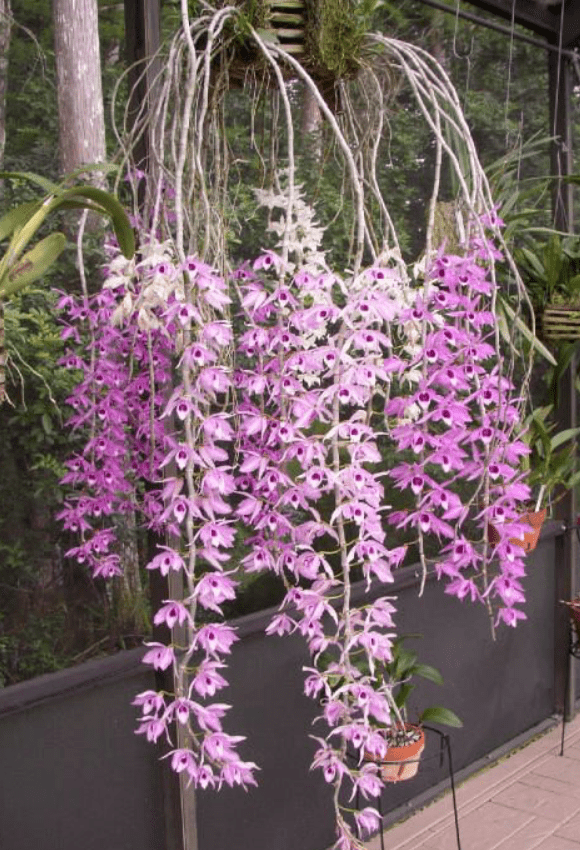 Thanh Nguyen owner-operator of Springwater Orchids has been a collector and grower of orchids for over 30 years. He provided insights to different subgroups of the “Lady Slipper orchids.” There are Complex, Sequential and Multiflora. They are slower growing plants too; you have to wait around six to 11 years for the lady slipper orchids to mature and produce a flower. Although lady slipper orchids are found in cold climates in North America, the ones that are most commonly grown indoors are the ones from the old-world tropics, like Southeast Asia.

There are three different subtexts to this fabulous plant. 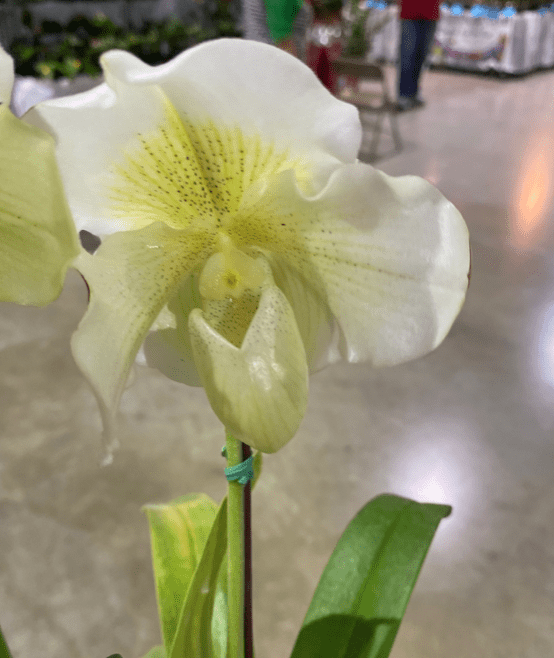 The flower only has one bloom 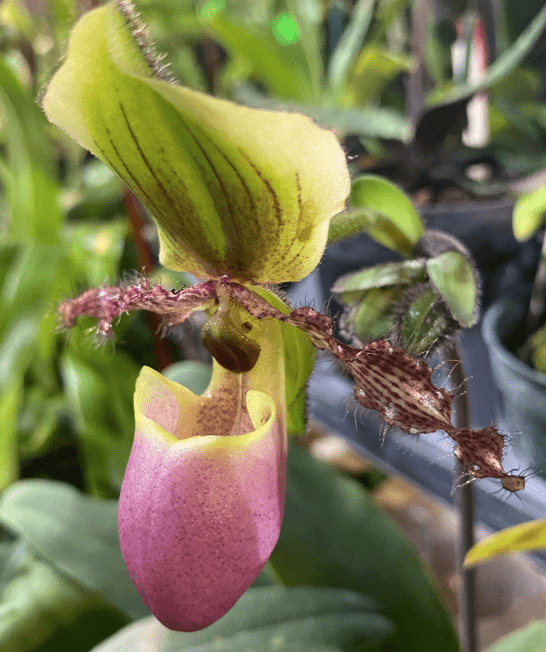 If you want a slipper orchid that keeps on blooming, try this one that is called a “sequentia” 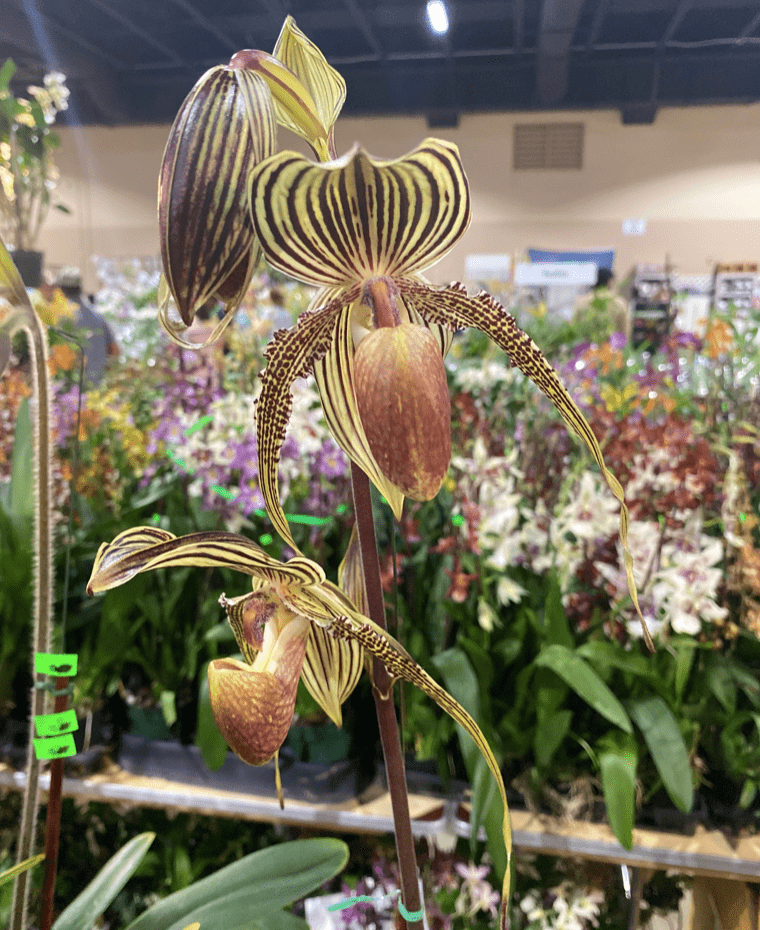 This species can be found in the Philippines and Borneo and is a hot growing terrestrial or epiphyte. This variation produces long twisted red petals which are very desirable, says Nguyen. 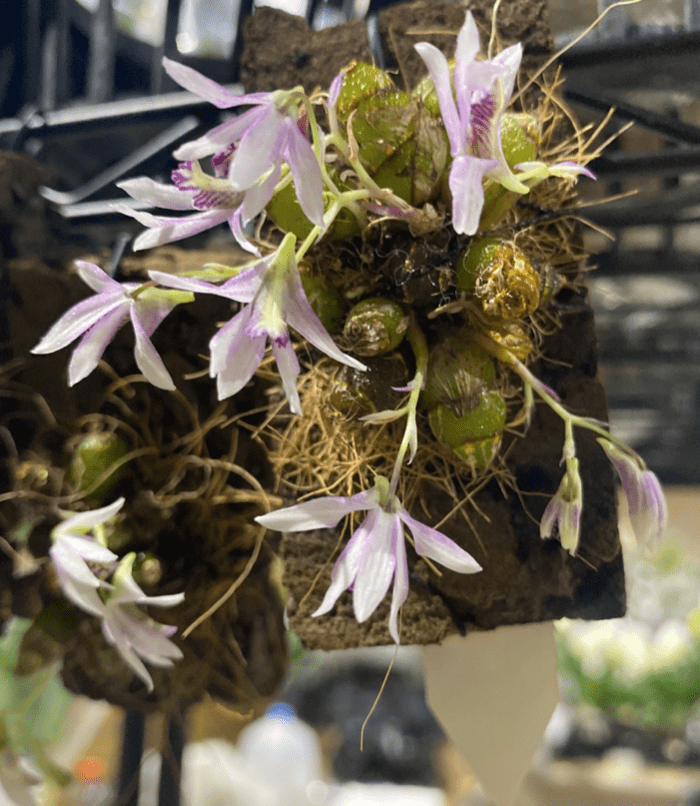 Alexej Popow,  the managing director of Popow Orchids, breeds these unique small orchids in Germany. They need very bright indirect light, 3-5 waterings per week and suitable for a terrarium. 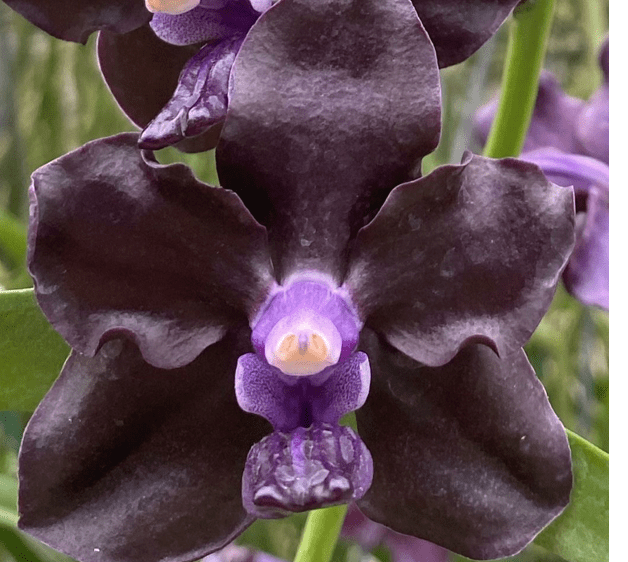 Martin Motes imported a pot of Vanda seedlings from Thailand. One of these seedlings grew into a form that produced unusually dark flowers. It was almost but not quite black. The American Orchid Society took note of this clone and recognized it with a very high award. It was named Vanda tessellata “Mary Motes,” named after his wife.

Motes has produced hundreds of new hybrids, for which he has received of American Orchid Society awards, and he is an accredited AOS judge. He also has won gold, silver and bronze medals at the 18th World Orchid Conference in Dijon.

No wonder he is the foremost authority on the orchid species vanda in the world. His hybrids are the most sought after orchids among serious collectors. He was profiled in  Susan Orlean’s book, “The Orchid Thief.” His wife, Mary Motes, is the author of the novel “Orchid Territory,” which the New York Times called “darkly comic.” in his depiction of the South Florida orchid scene. Son Bartholomew is a self-described recovering attorney, who practiced at a major Florida firm before electing to smell the flowers with his family. He met his wife Karina at the Tamiami International Orchid Festival. Everyone in this clan has orchids named for them.

As a side note, Bartholomew Motes’ wife Karina is about to give birth after the festival. So perhaps at next year’s festival, there will be a new orchid named for the Motes’ newest family member. 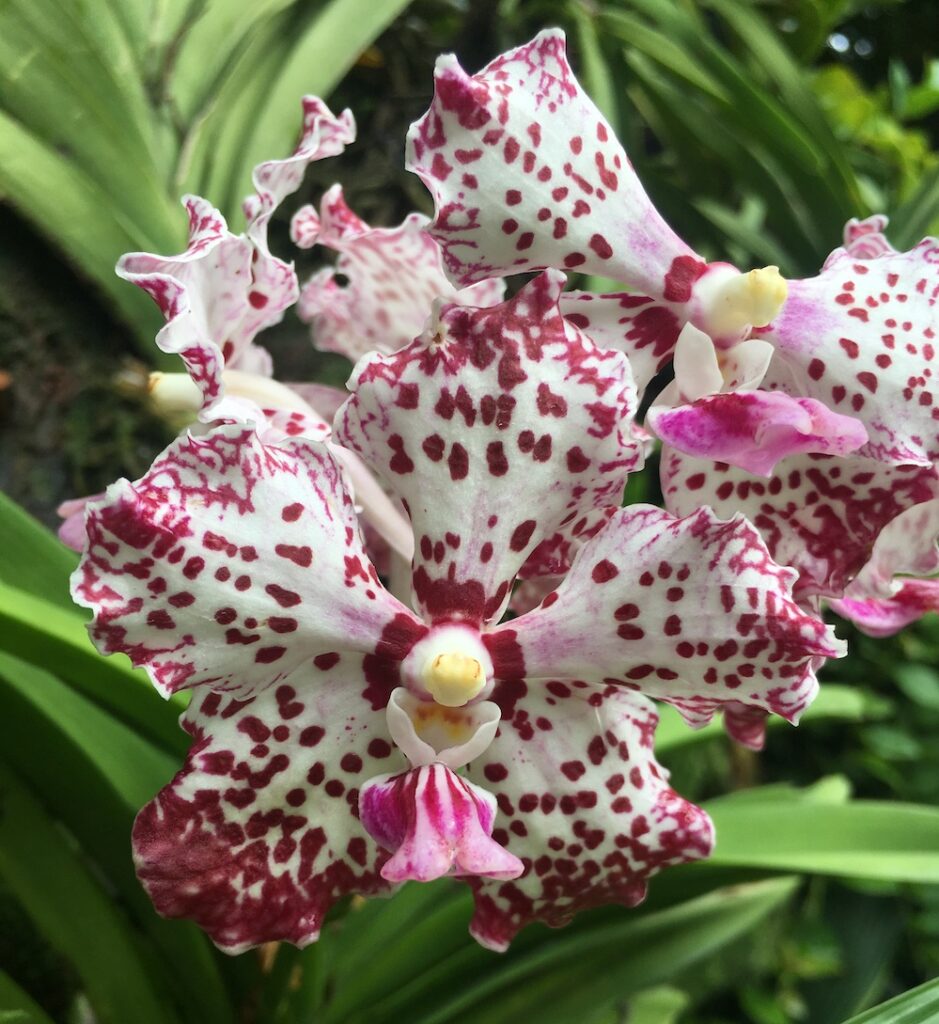