Will Roses Be Finally Part of Rose Garden Renovation? 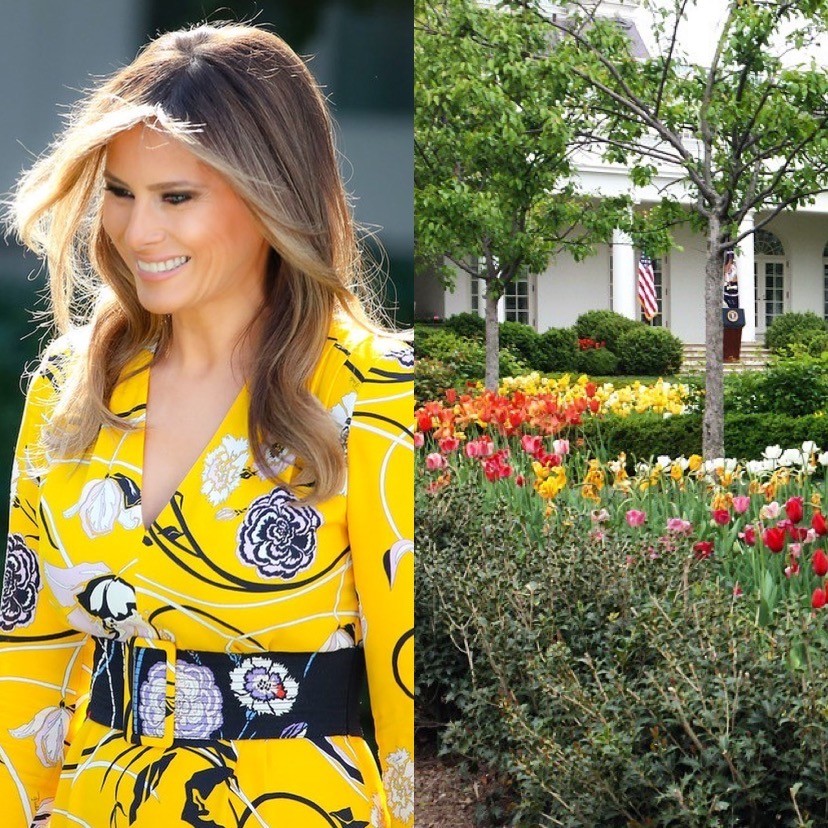 The White House Rose Garden will get a revamp.

After all, the most gorge rose garden in the United States is in Portland, Oregon and our national flower should have a spectacular home at the White House.

“The White House Rose Garden was established in 1913 by First Lady Edith Roosevelt, the wife of Theodore Roosevelt,” says Bob Martin, the President of the American Rose Society. “Designed as a “rose garden” the garden in recent years has actually contained no roses. We at the American Rose Society, the world’s oldest and largest rose society, are thrilled to learn of its planned renovation and hope to see the White House Rose Garden as once again a garden that showcases America’s Floral Emblem – the Rose.”

Author Laura Dowling, who was Chief Floral Designer at the White House from 2009 to 2015, thinks that the Rose Garden makeover will benefit all Americans to enjoy for years to come.

And please we are not trying to politicize flowers.  Some say this is like Marie Antoinette and “let them eat roses” since so many are suffering from illness and the economy disruption.

Instead,  we are focusing on what may happen with the renovation. Flowers can be something we can all agree on – it soothes, heals and makes people happy.

“It has the potential to be a showcase of American horticulture style – and serve as a backdrop to history,” says Dowling who wrote “Flower Diplomacy.” “An aesthetic upgrade that features classic American rose and heirloom varieties, along with chic topiary shapes would be a wonderful addition.  I can even envision climbing roses entwined around the columns in the West Colonnade.” 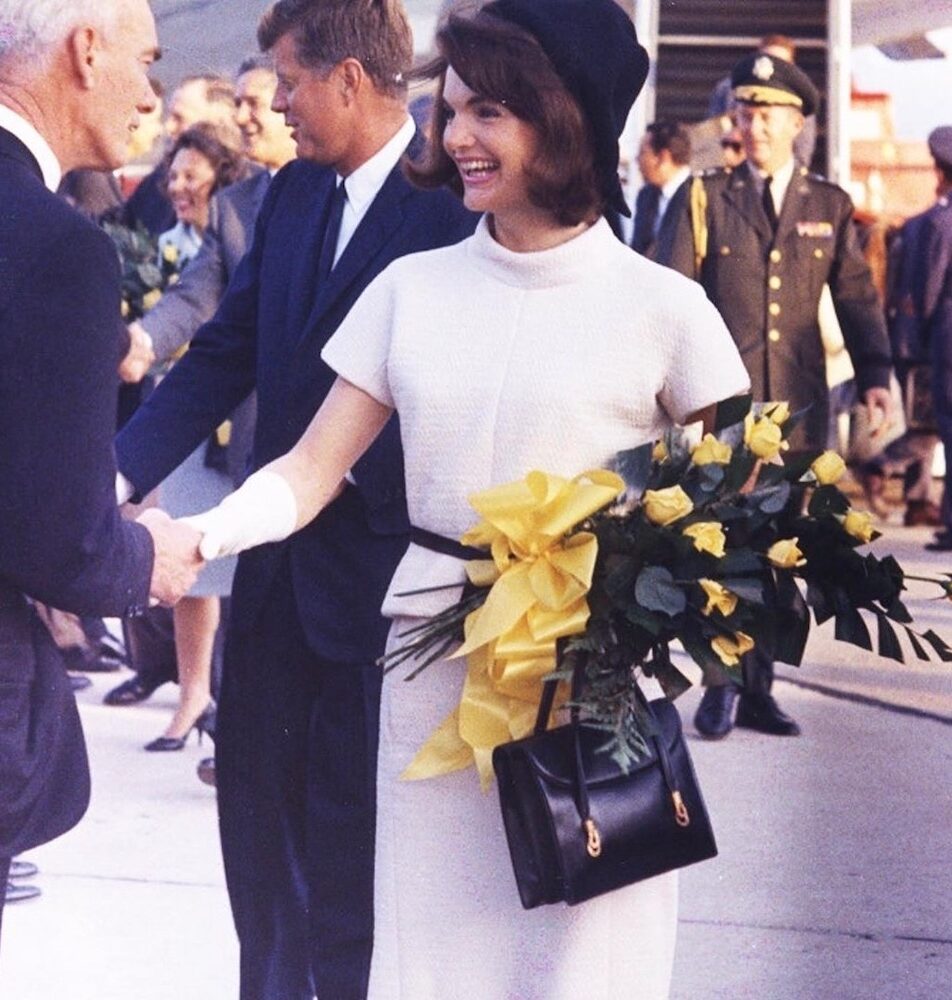 In a statement, Melania Trump said she plans on restoring the garden back to the admired style of Jackie Kennedy who in 1962 collaborated with her friend and garden advisor Bunny Mellon to create the Rose Garden.

“The very act of planting a garden involves hard work and hope in the possibility of a bright future,” First Lady Melania Trump said in a statement.

Unlike her cyberbullying initiative that had a lot of thorns for obvious reasons, this is a project that will access her strengths. Which is why it is likely that the garden will include new varieties of roses and other flora.

For example, the International Rose Test Garden in Portland, Oregon has over 10,000 rose bushes of approximately 650 varieties.

In the announcement, the First Lady says the renovation will include “improved Americans with Disabilities Act accessibility, utilities, and support for audiovisual and broadcasting needs that will allow for the continued enjoyment of the garden’s natural beauty,”

It did not mention what roses she will bring to the Rose Garden.

Pat Shanley. who is the Chairman of the American Garden Rose Selections, points out that “there are many easy-care, disease-resistant roses that would be a fine addition to the White House Rose Garden.”

And let’s hope that there will be some by our national treasure, William Radler, who created the knock-out rose which made gardening so much easier for millions of Americans and rose lovers around the world. Too often people think of David Austin roses which come from England.

“She has already referred to the National Park Service and White House Historical Society which is promising,” says Dowling.

Jackie’s advisor, Rachel Lambert Mellon – known as Bunny – created a space with a more defined central lawn, bordered by flower beds that were planted in a French-style whilst largely using American botanical specimens. The present-day garden follows the same layout first established by Mellon, where each flower bed is planted with a series of ‘Katherine’ crabapples and Littleleaf lindens bordered by low diamond-shaped hedges of thyme.

As Dowling pointed out, throughout its history, roses have served as the primary flowering plants in the garden, including large numbers of ‘Queen Elizabeth‘ Grandiflora roses, along with the tea roses ‘Pascali‘, ‘Pat Nixon‘, and ‘King’s Ransom‘. A shrub rose, ‘Nevada‘, also serves to add a cool note of white coloration to the landscaping.

Seasonal flowers are further interspersed to add nearly year-round color and variety to the garden. Some of the Spring blooming bulbs planted in the present-day Rose Garden include jonquil, daffodil, fritillaria, grape hyacinth and tulips. 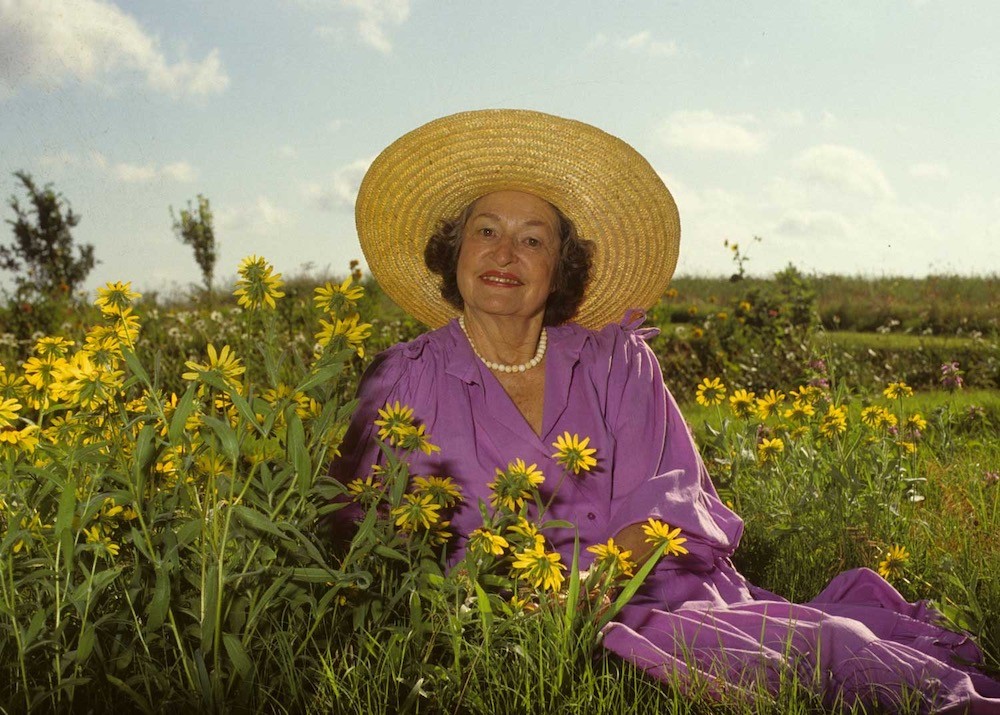 Although Jackie gets credit for revamping the Rose Garden, it should be noted that the most iconic gardener and flower queen was Lady Bird Johnson who beautified the roads of America with flowers.

Michelle Obama’s legacy is more for her vegetable garden than flowers. Nancy Reagan was also a fan of roses and had one named after her. 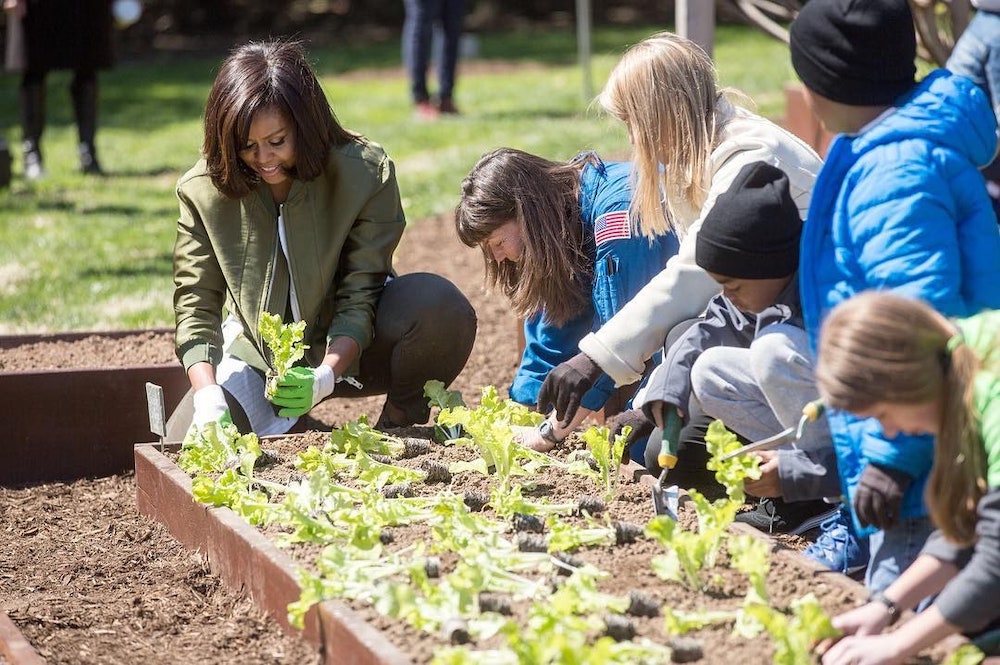 We will have to see what Melania Trump will do. Any addition is welcome. Donations support it. The Rose Garden endures year after year to provide beauty for generations and represents our culture.