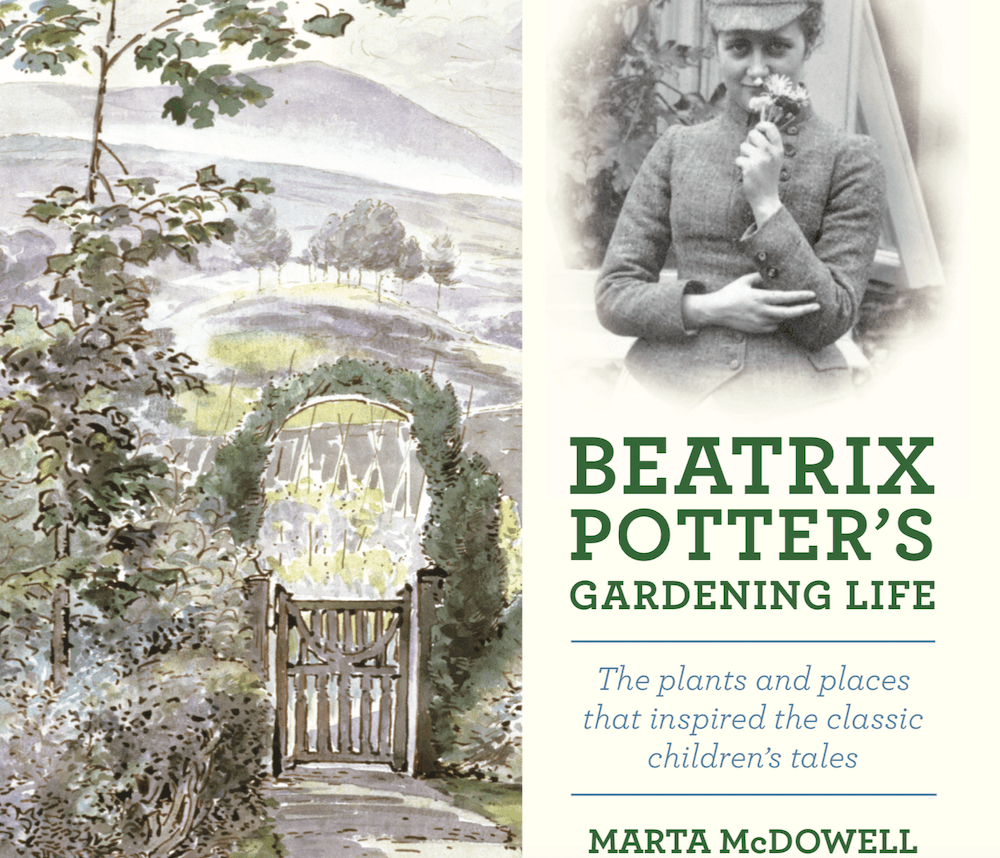 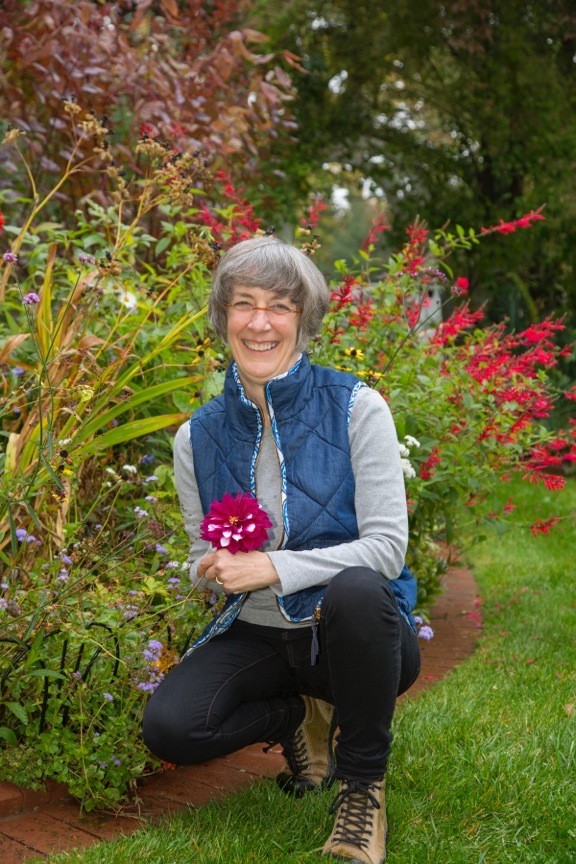 Guess what was Potter’s favorite flower?

“Roses,” says McDowell. “If you look carefully at her illustrations, you’ll often see a rose growing up a trellis or trained onto a building.”

Although Potter’s animal characters took center stage, other flowers frequented her garden illustrations as well as her home garden. “Geraniums make appearances—when Mr. McGregor’s hobnail boot kicks Peter out of the potting shed, you’ll find that the rabbit is knocking over pots of geranium cuttings,” she adds. “She painted foxgloves in The Tale of Jemima Puddleduck, a nod to the unnamed “foxy whiskered gentleman.”

As McDowell reports, the British-born Potter took possession of Hill Top Farm in 1905 near Windermere in England. “She was almost 40 years old, and it was the first house and garden that she could call her own,” says McDowell.

Potter, who was born in 1866, got married for the first time at the age of 47. She was independent and popular and also was fascinated with mushrooms.

“When Beatrix Potter was in her twenties, she was smitten with the study of mushrooms—“funguses” as she called them,” says McDowell. “She was serious in her endeavors, reading, experimenting, and painting hundreds of botanical illustrations.  To a ten-year-old cousin she wrote, “I have been drawing funguses very hard, I think some day they will be put in a book but it will be a dull one to read.” She wrote a scientific paper on the germination of spores of a mushroom family called Agaricaceae. The Linnean Society, the premier London botanical society of the day, did not admit women.  Although another (male) scientist presented her paper, it was ignored. Beatrix Potter put away her mushroom studies. “

However, perhaps  if she had become a mycologist, we might never have known the wonderful children’s books that she produced from 1901 into the 1930s.

Her character of Peter Rabbit also endures not only in animation series and even merchandise from Pottery Barn to sheets.

Aside from writing over 20 books that are still beloved today, she is credited with creating gardens on her property and donating them in what is now the Lake District National Park.