The gargoyles on Notre Dame seem the essence of medieval architecture, the soul of the building. Any reconstruction should of course reproduce them. Correct?

Non!  Those gargoyles, or stryge, more correctly witches, sometimes snarling waterspouts, hulking birds with heavy shoulders – were added by Eugène Viollet-le-Duc, an architect who revised a vandalized and badly run down cathedral 150 years ago, according to Nicholas Paul, the director of the center for medieval studies at Fordham University, who was quoted in New York magazine, “People see them now and say ‘Wow, that’s the Middle Ages,’ but that’s actually the 19th-century version of the medieval world,” he says. 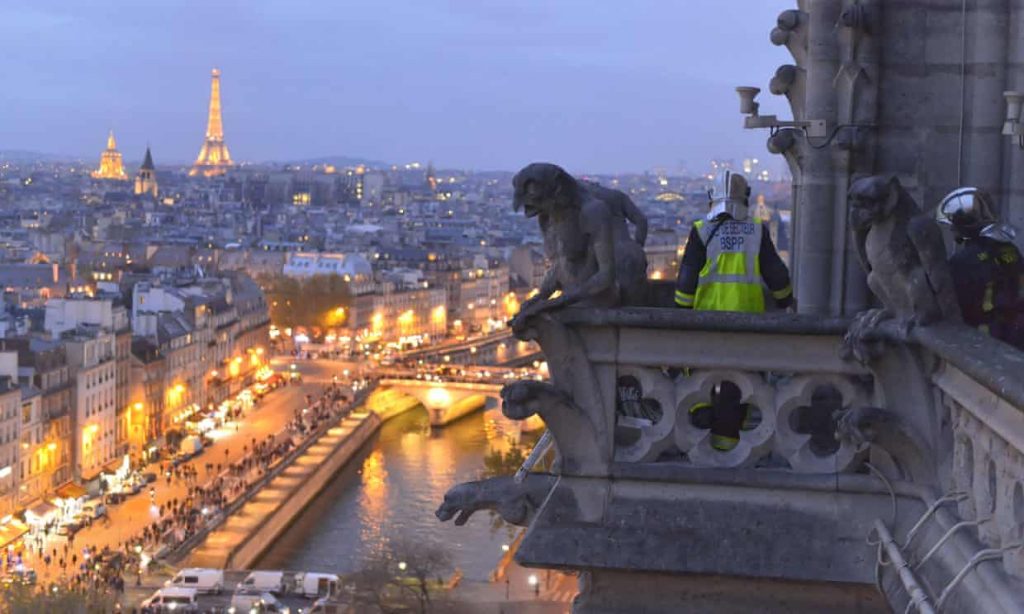 It was Victor Hugo’s “Hunchback of Notre Dame” that romanticized the cathedral and led to our fondness for the gargoyles. 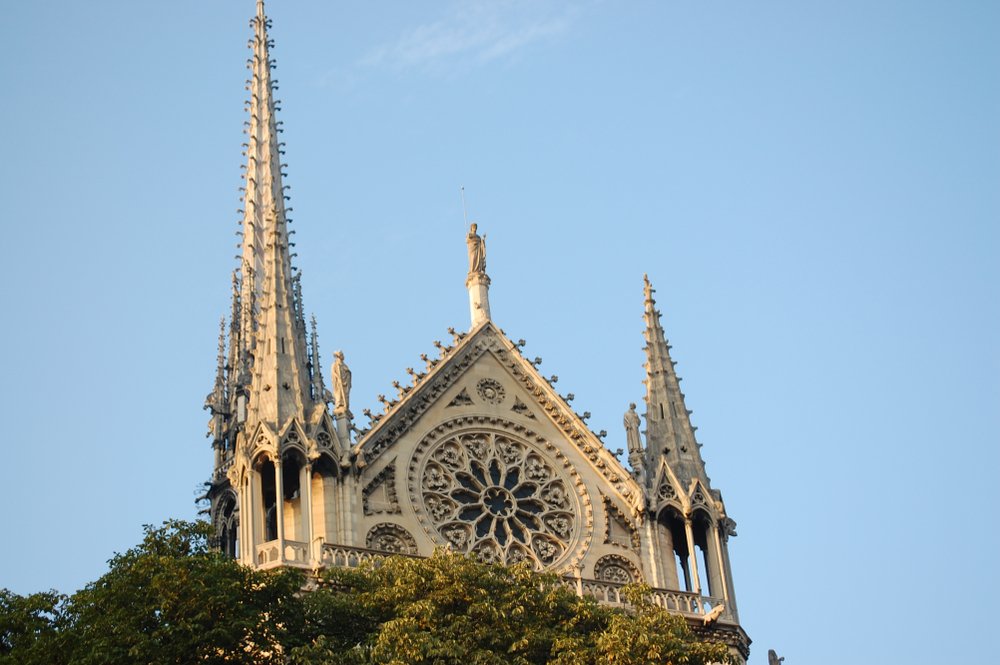 The Southern Transept, before the fire, with its enormous rose window, circa 1260, given by King Louis IX, the only French King to be declared a saint. 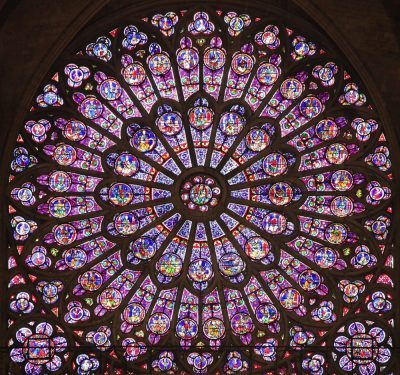 We at Flower Power say enough. As a symbol of renewal, what is better than a flower? Religion now should be beyond using witches and dragons and visions of pitchforks to scare people into believing in God. These are New Age times, with a sweeter promise of the rewards of religion. Why not lilies (an enduring symbol of France), campanula, beautiful French lilacs, hydrangeas, camellias, tulips join the three surviving rose windows? Flowers … what could be a better symbol of rebirth and renewal.

Let the stone masons or – this being the 21st century, the 3-D printing machines – get to work. 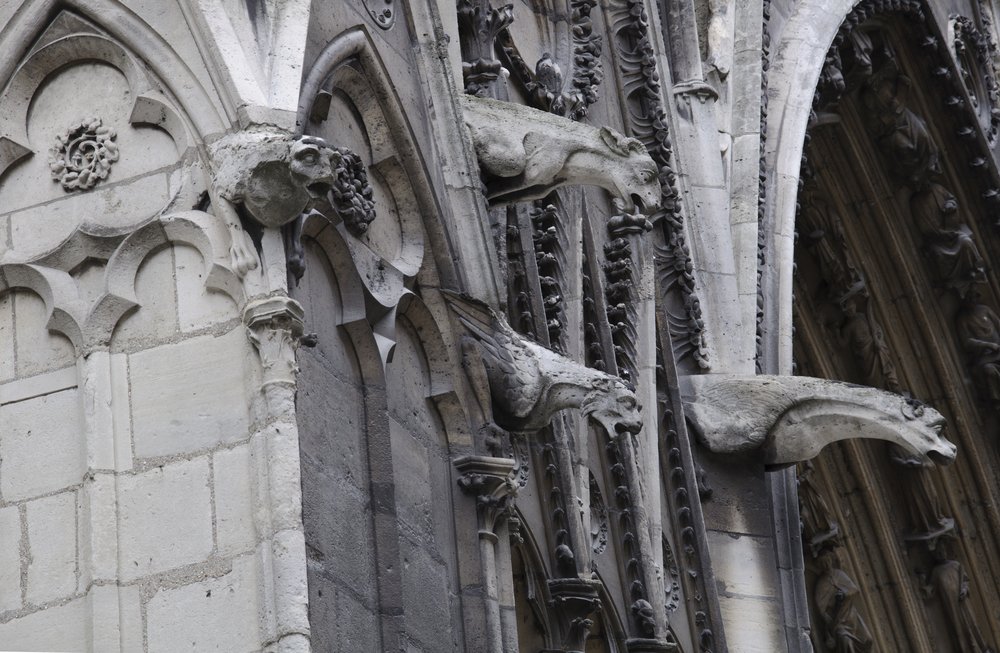 In the facades of St Denis, Chartres, Mantes, Laon and Paris, the rose was put under a circular arch. The next important development in its use for the Gothic style was to put it under a pointed arch, as was done in the Notre-Dame after 1241 in the transepts as well as in the later roses of the facade.

The rose windows are a trio of immense round stained-glass windows over the cathedral’s three main portals that date back to the 13th century. As CNN reported, all three appear to have been saved. Culture Minister Franck Riester said that the three windows do not appear to have suffered catastrophic damage. Therefore they remain both a focal point and inspiration in the church.

As for the design of the new spire: Flower Power is not shy about putting its oar in on that one. The French are modernists. Think of the Centre Pompidou by Renzo Piano and Richard Rogers, built in 1971, which really did épater le bourgeois (shock the middle class), until it became a huge tourist attraction. Think of I.M. Pei’s glass pyramid, added to the Louvre as an entrance, of all things, in 1989. Sacré bleu! And now it’s on postcards.

More recently, Frank Gehry’s Foundation, along with Louis Vuitton in the Bois de Boulogne, was finished in 2014, which some critics compared to a bunch of transparent satellite dishes. It now attracts millions of visitors a year.

Yes, this is Notre Dame. But President Macron has invited proposals and the French embrace modernism. We expect architects, movie makers, technologists, President Trump, novelists and artists to all make suggestions. Projections from the top of the spire? A hologram? A revolving restaurant? Well, probably not.

As a friend of mine, the Minneapolis architect B. Aaron Parker says, with some relief about potential artist candidates: “At least Jeff Koons has announced his retirement (not a moment too soon as far as I’m concerned).”