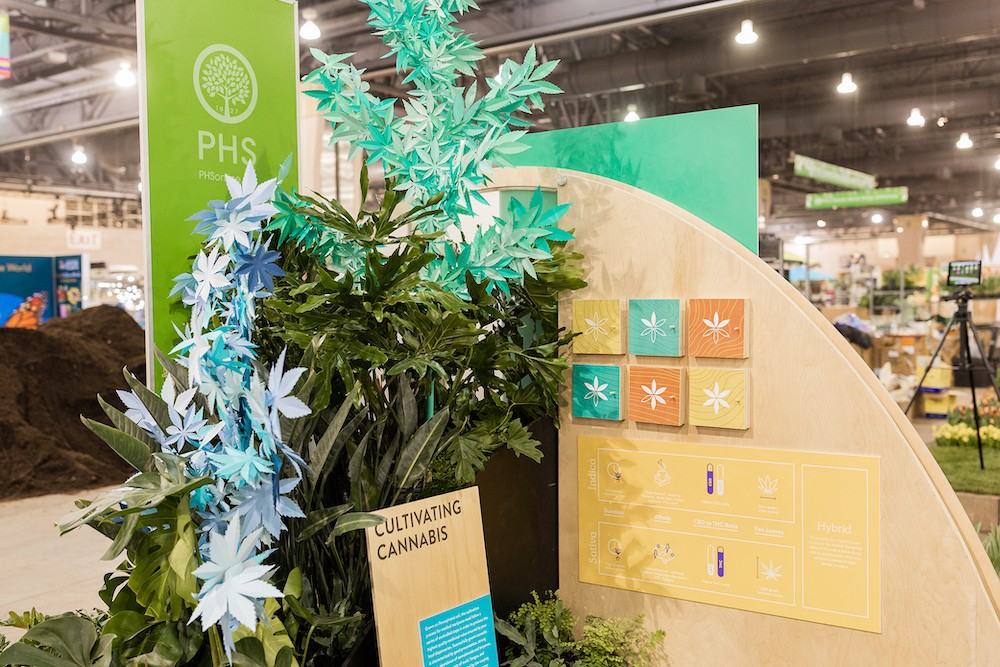 When it comes to medical marijuana, which plant has better flowers?

That was the floral news we wanted to know upon interviewing Greg Ricciardi, the CEO of Chronic, who was the impresario helping create the headline-making medical cannabis booth that has its debut at the Philadelphia Flower Show this week.

“Definitely Sativa,” said Ricciardi. “It has bigger flowers. Indica has denser foliage. Sativa likes a warmer climate and is taller while Indica is shorter, takes longer to grow and prefers mountainous places.”

However, one can not see a live flowering plant at the show as part of extensive negotiations that took place between Ricciardi and the Philadelphia Horticultural Society.

“The Department of Health doesn’t allow any actual products on display outside of a dispensary,” explains Ricciardi.

Instead, Chronic, a Philadelphia-based branding company for this category, created cut-out plants that were used as illustrations of cannabis’ many health benefits including muscle ache relief, appetite loss from cancer treatments, Crohn’s disease, epilepsy and glaucoma. 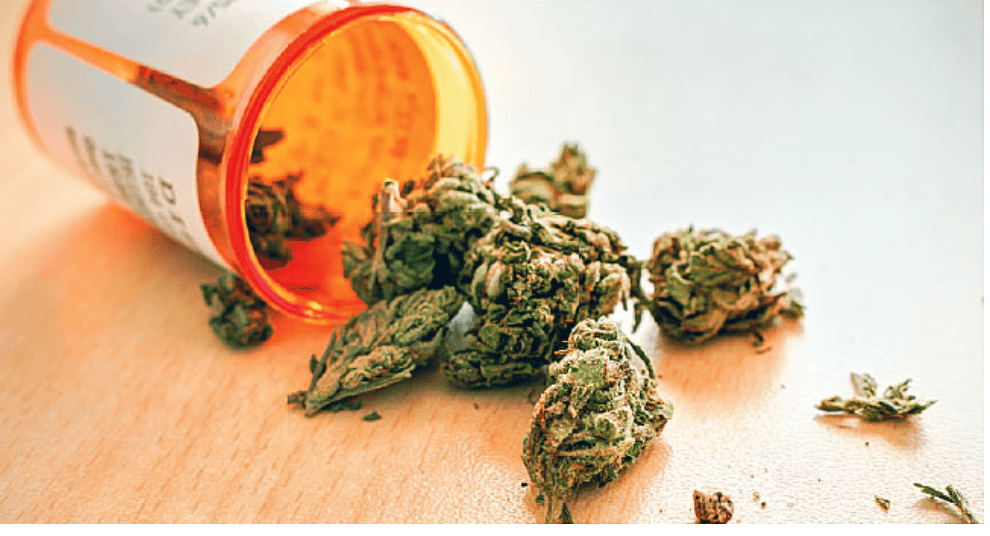 Because medical marijuana is legal in Pennsylvania – as well as 33 other states – PHS reached out to Chronic to create yet another educational opportunity about plants which is part of their mission.

Kudos to PHS who recognized that this “Greenroom” booth would not only appeal to young visitors but also to boomers who seek out knowledge about the medical benefits.

Within the exhibit, visitors learn about the history of cannabis, the different types of cannabis plants such as Sativa, Indica, Hybrid and Beyond, the chemical components such as THC and CBD,  the plant’s life cycle, US Department of Health-approved conditions for medical-use, and how to obtain a medical card. Visitors will also be able to participate in Q&A forums, speak to knowledgeable experts and discover local dispensaries and approved physicians in Pennsylvania. 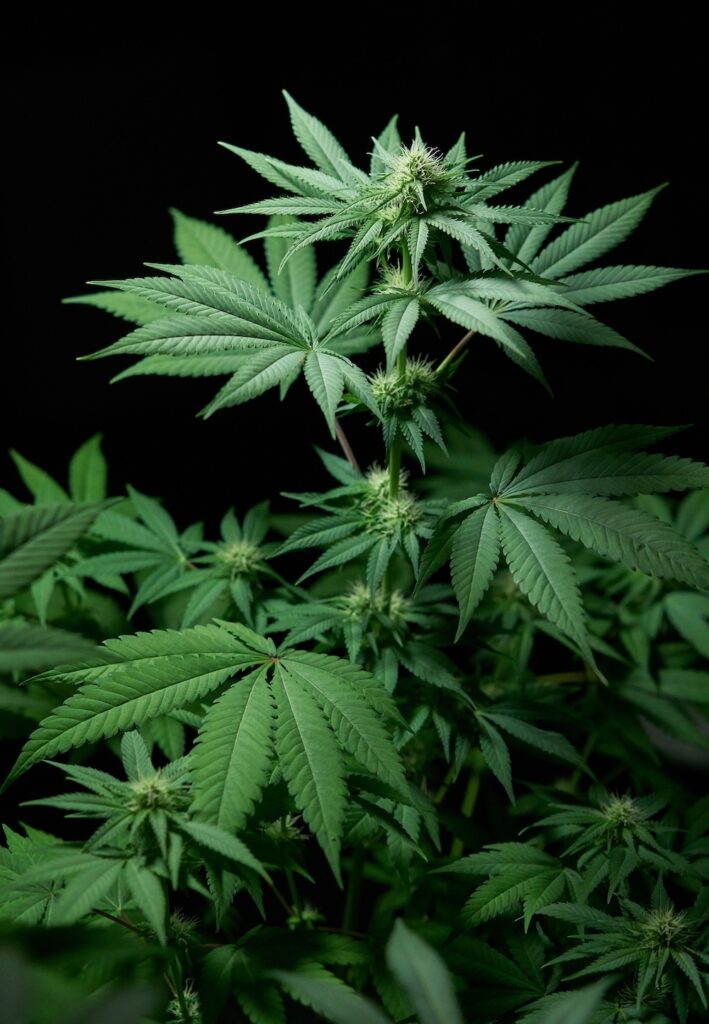 For example, the marijuana plant contains more than 100 different chemicals called cannabinoids. Each one has a different effect on the body. CBD – which is cannabidiol – doesn’t give the high that THC does.

The “Greenroom” booth, with its informative and interactive focus, cost $250,000 thanks to sponsors including Herbology, Grassroots, KeyStone Shops and Prime Wellness.

The goal for this expense was for “consumer education” as well as diminishing an unfair stigma since science has proven repeatedly that health problems are alleviated with medical marijuana.

As Ricciardi points out, until the mid-1930s, before marijuana got demonized, cannabis was used nationally for medical purposes. George Washington even grew hemp plants. But then lobbyists for the alcohol industry were successful in helping get cannabis considered a Schedule 1 narcotic, which is “absurd.”

The public clearly thinks so. More than 75% of U.S. citizens want it legalized.

Over at the Philadelphia Flower Show which attracts 250,000 visitors, crowds of all generations gather around the booth.

“I won’t get a contact high here will I,”  asked one boomer.  The answer was no. Others wanted to know which dose is the best for muscle pains and whether it’s better to take as oils or pills. The informed staff answered all the questions.

Clearly the reception has been so positive that this exhibit will likely be a staple addition to the annual Philadelphia Flower Show which has been in existence since 1829, a time when cannabis was perfectly legal. 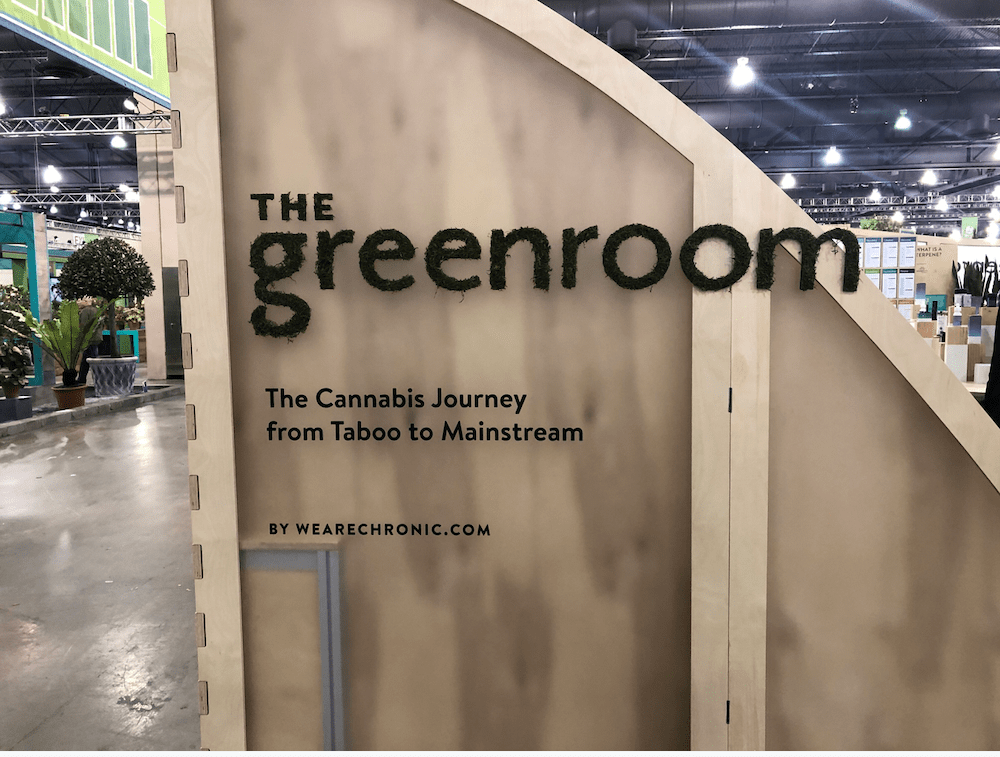