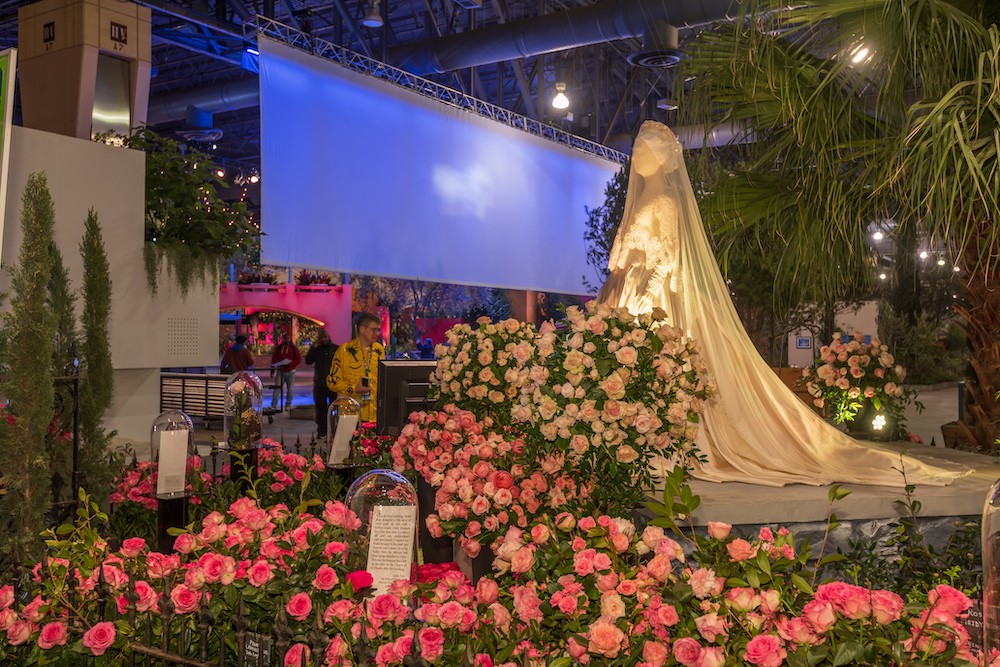 Grace Kelly loved flowers – a passion whose roots began in her hometown of Philadelphia and bloomed throughout her life. The Oscar-winning actress and later Princess Grace of Monaco was recognized as an international judge of flowers – and even wrote “My Book of Flowers.”

“To have complete satisfaction from flowers, you must have time to spend with them,” she said. “I talk to them and they talk to me.”

So it’s more than fitting that the Philadelphia Flower Show is honoring Princess Grace this week especially since the 2020 theme  is “Riviera Holiday.”

Did you know that she initiated the Garden Club of Monaco and even conducted classes in flower arranging? In fact, Princess Grace’s love of flowers led to an interest in pressed flower arrangements which she enjoyed for its “pristine formality” since it represents restraint and decorum.

This year’s PHS Philadelphia Flower Show, titled “Riviera Holiday,” celebrates the beauty and plants of the Mediterranean while paying tribute to the special connection between the Flower Show and the late Princess Grace Kelly of Monaco.

Partnering with the Principality of Monaco and the Prince Albert II of Monaco Foundation, the Pennsylvania Horticultural Society will feature the Princess Grace Rose Garden, sponsored by The Embassy of Monaco in Washington, D.C.

Among the varieties will be the “Princess Charlene of Monaco” garden rose, named after Princess Grace’s daughter-in-law, the “Grimaldi” family rose, and another pink rose named  “Sweet Mademoiselle.” In fact, in 1984, two years after her death, there was a pink rose named in her honor. 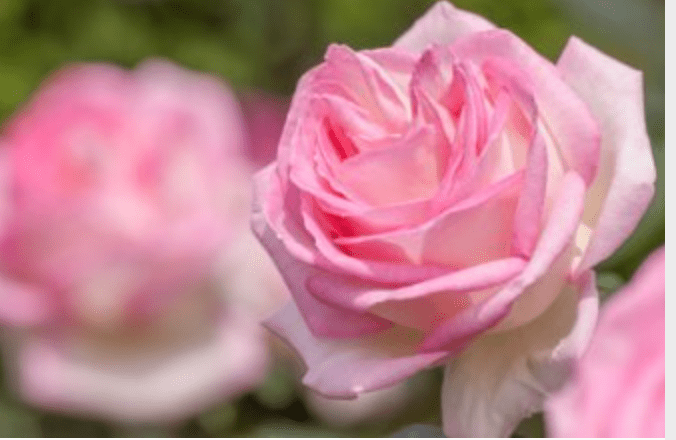 A stunning replica of Princess Grace’s iconic wedding dress, on loan from Nicholas and Elizabeth Barranca, will be the centerpiece of this delightful garden.

One thorn did exist. The organizers should have given a more informative bio about Princess Grace since some of the younger people I interviewed didn’t know who she was. Can you imagine that? But it was true. The school kids did ooh and ahh over the beauty of the garden and did enjoy hearing she was a Philadelphia native and Oscar winner. 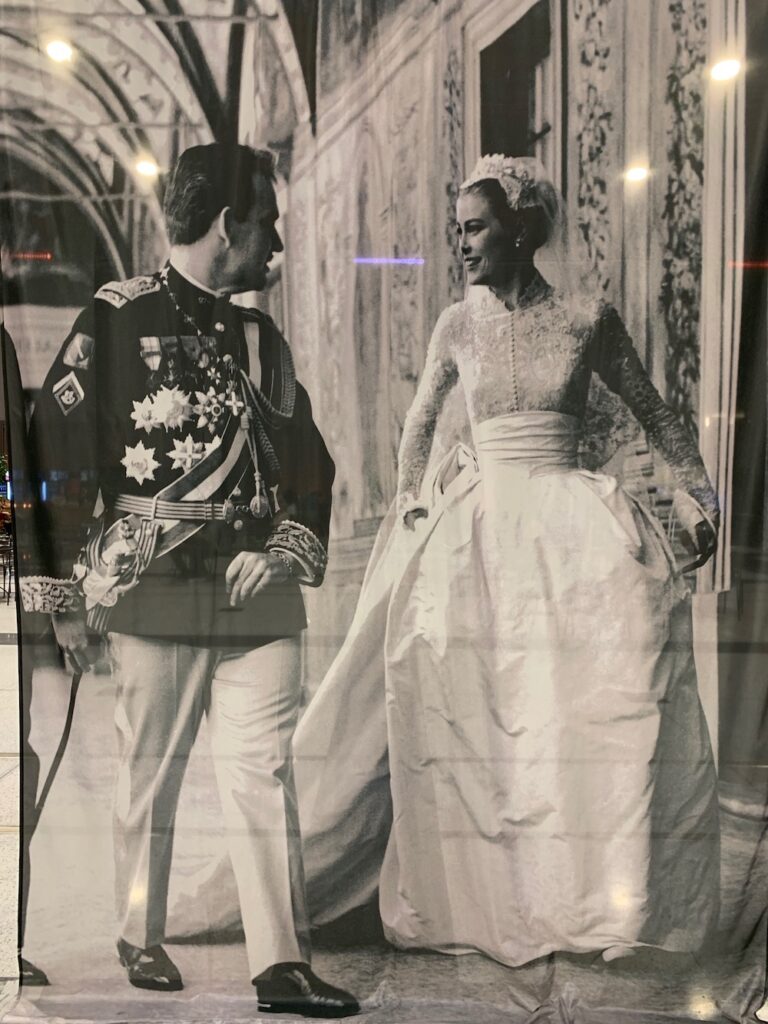 Although Princess Grace moved to Monaco after marrying Prince Rainier III,  Flower Show organizers thought of her when they wanted to invite a special guest to the 1976 Show, held during the year of the nation’s bicentennial.

Princess Grace did accept their invitation and was a judge at her hometown flower show. 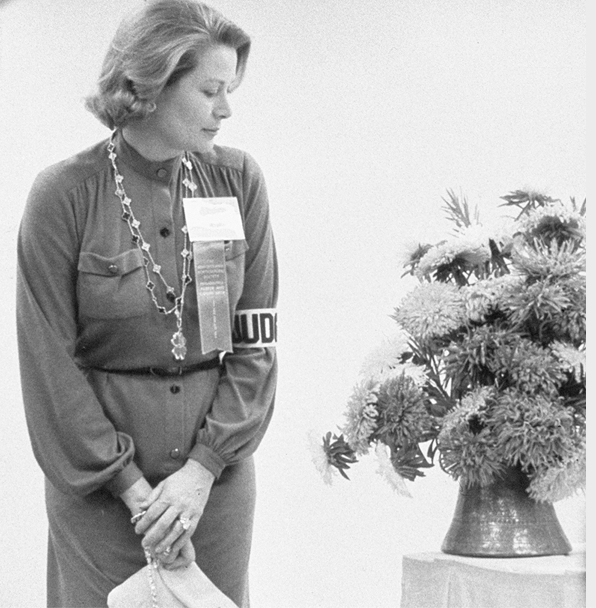 “Princess Grace was a great admirer of beauty in all its forms, but especially flowers. Being one of Philadelphia’s favorite ‘daughters,’ she was a great supporter of the Pennsylvania Horticultural Society and the annual flower show,” said Monaco’s Ambassador to the United States and Canada, Maguy Maccario Doyle. “Her appreciation of nature ran deep and in 1968 PHS even inspired her to create the Garden Club of Monaco, which is still going strong today.”

There is also a public rose garden that Prince Ranier inaugurated in her memory in 1984.  Located in Fontvielle, the Princess Grace Rose Garden is situated on a gentle slope next to Fontvielle Park on the French Riviera. The fragrant lush garden is home to more than 4,000 roses – many that are now at the Philadelphia show.

During her lifetime, a few of her pressed flower designs were featured on Monaco’s postage stamps in the 1970s and also were showcased at various art galleries. 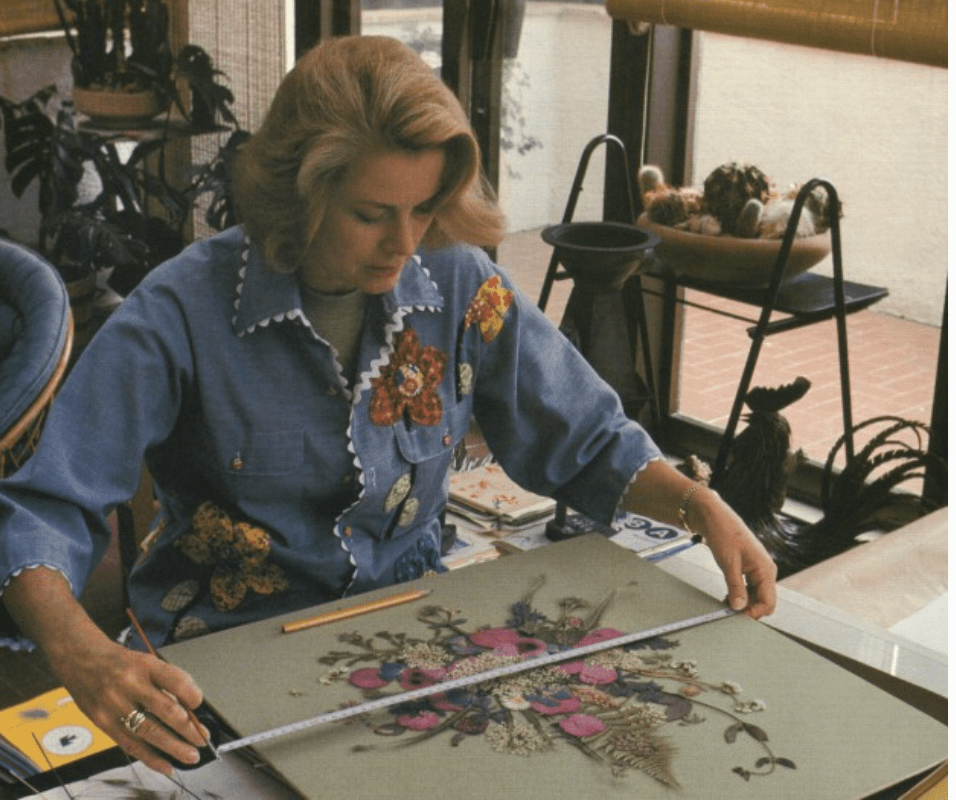 “It is not only that the eyes find pleasure in finishing the pressed flower picture, but just sliding the flowers into place brings that same kind of tranquility as doing needlework, crocheting, or knitting,” she said. “Through working with flowers we began to discover things about ourselves that had been dormant. We found agility not only with our fingers but with our inner eyes in searching for line, scale and harmony. In bringing out these talents within ourselves, we gained a dimension that enabled us not only to search for harmony in an arrangement but also to discover the importance of carrying it into our lives and our homes.”

And to our children.

In addition to the Princess Grace Rose Garden, the Prince Albert II of Monaco Foundation USA will sponsor the PHS Gardening for Biodiversity Symposium. Her son, Prince Albert launched his foundation for the protection of the environment and the promotion of sustainable resources on a global scale – which surely was inspired by his mother.”It has opened ten international chapters and proudly supports nearly 350 projects around the world,” said Ambassador Maccario Doyle.

The Philadelphia Flower Show runs until March 8 and we will be bringing you floral news every day. 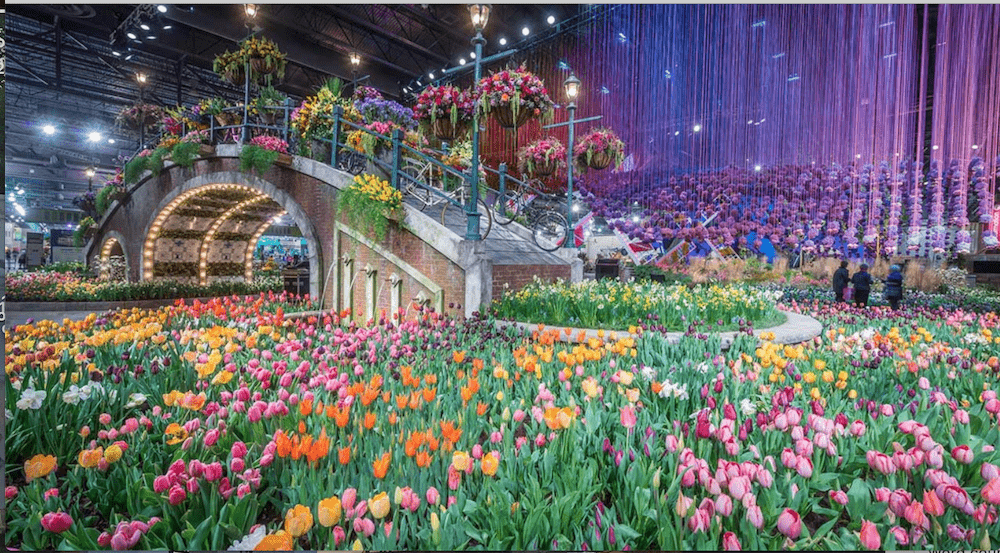