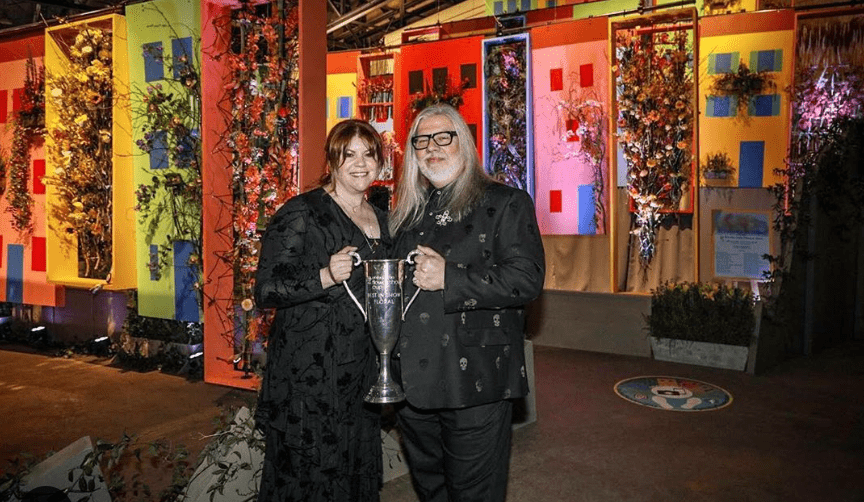 Schaffer Designs once again took the Gold at the Philadelphia Flower Show.

“The streets of the Five Lands are inspired by Italy’s ancient fisherman who painted their houses in bold and pastel colors to easily split their homes as they returned from sea,” said Schaffer. “Centuries of artists have been inspired to put brush to canvas in their attempts to capture the breathtaking beauty of the Cinque Terre.”

Of course, that also meant that Schaffer and his merry elves had to take a “brush” to lots of watering tubes to clean them for this installation. The number was 3,500 to be exact. 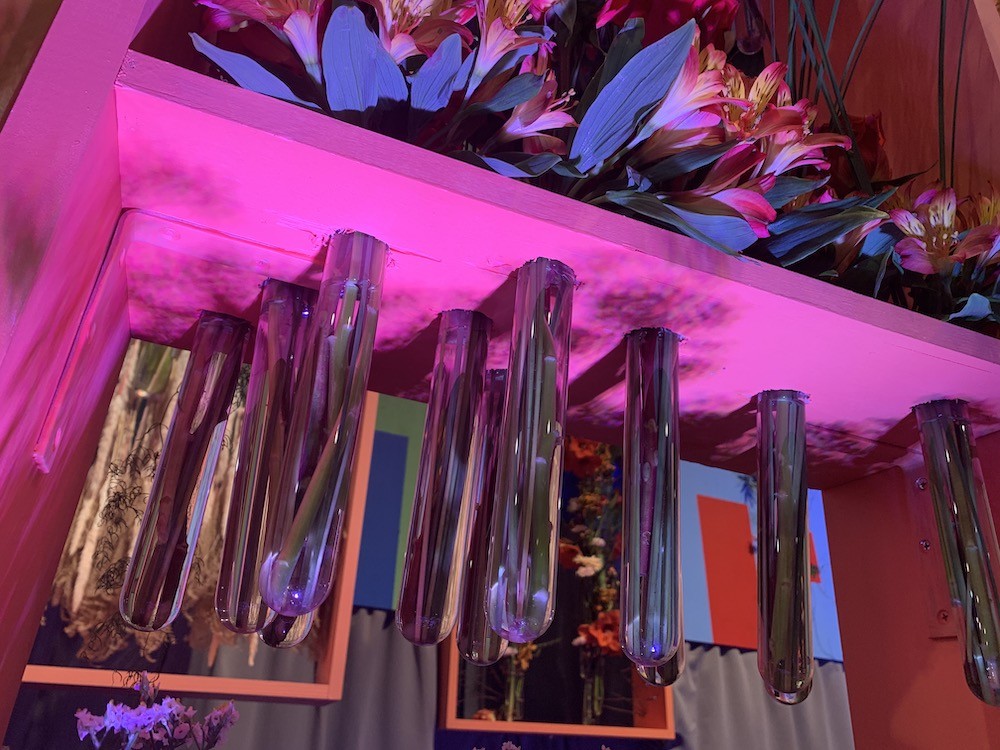 The empty convention space was transformed in days with mock colored houses ranging in height from 8.5 feet to 28 feet. Staff had to climb ladders and cranes to install over 8,000 flowers. 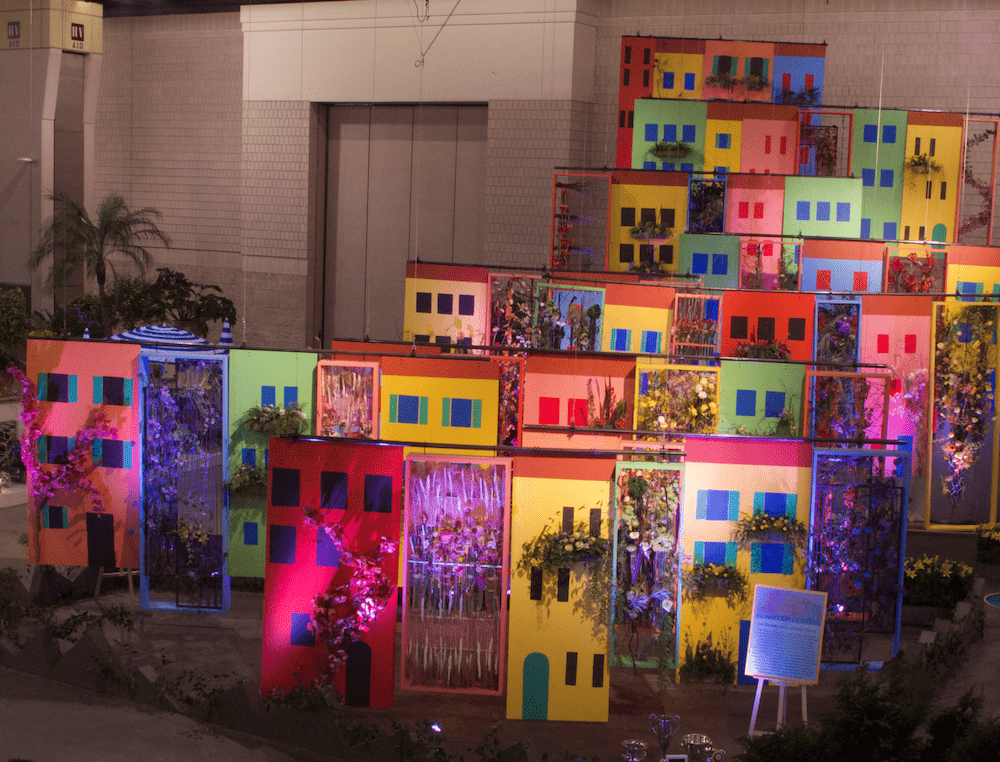 Throughout the week – until the show ends Sunday on March 8 – Schaffer and his team had to ship an additional 3,000 stems to keep this dazzling installation bright and fresh for the over 250,000 visitors.

“We have a crew of 6-10 that are at the exhibit every night watering, cleaning, changing flowers stem for stem and resetting lights,” he says. 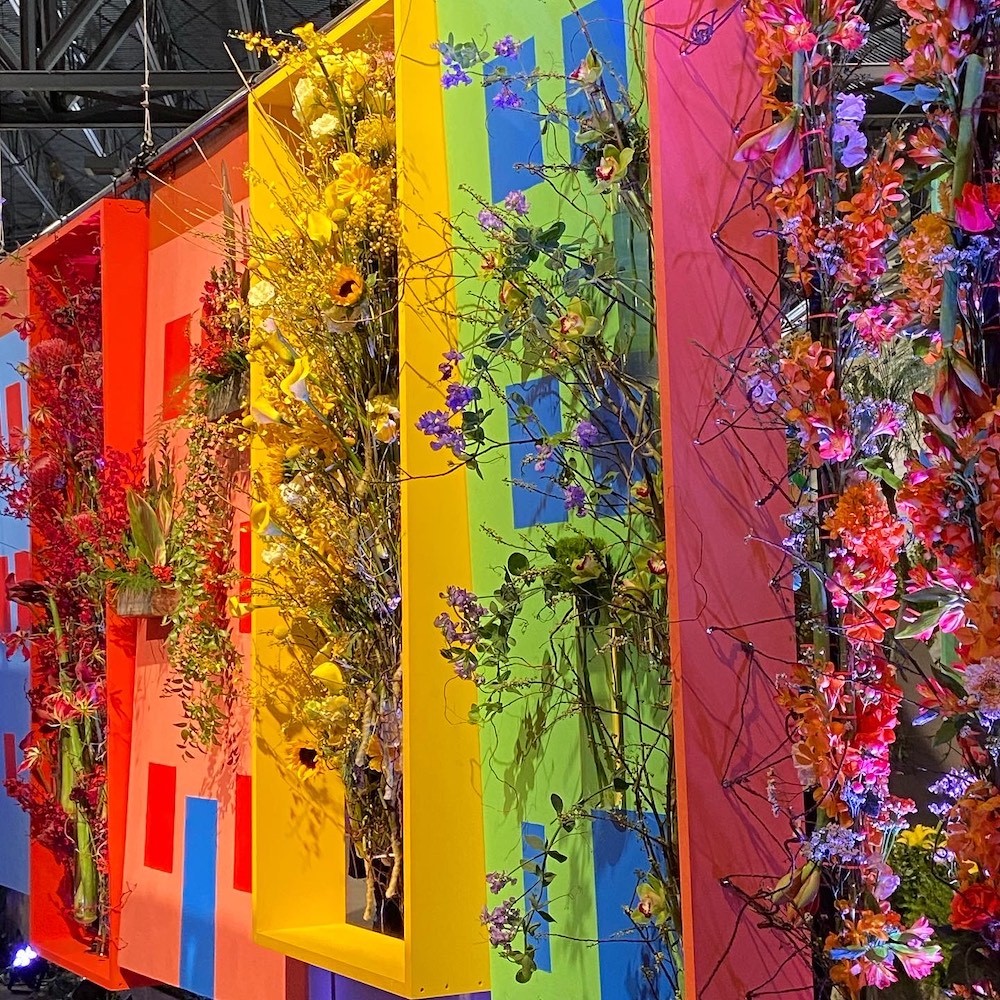 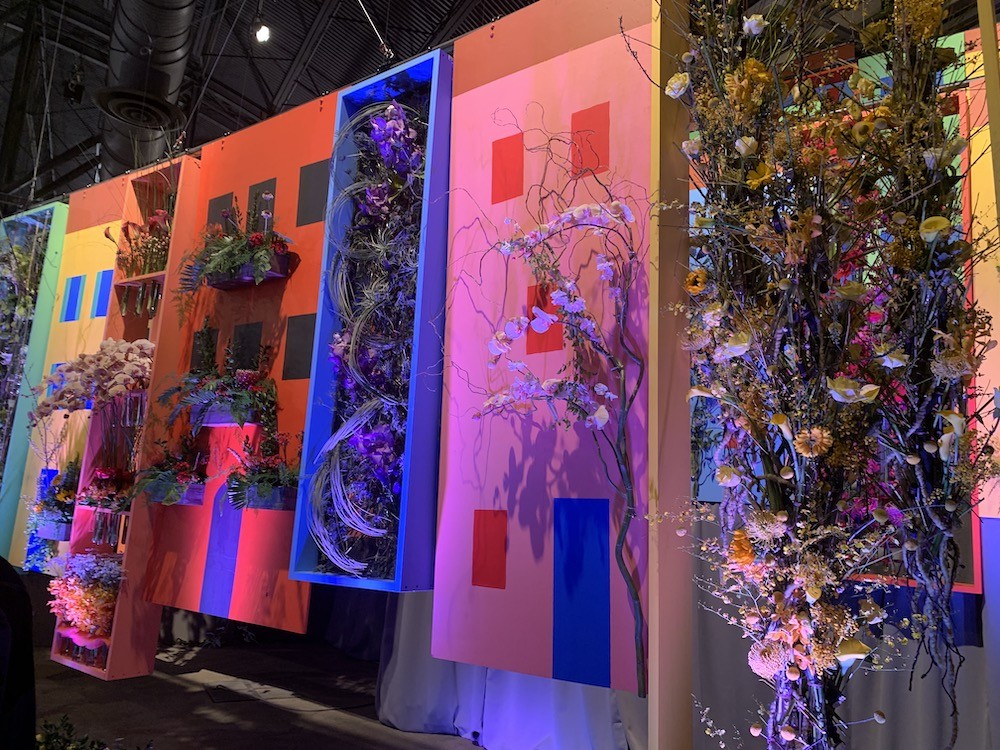 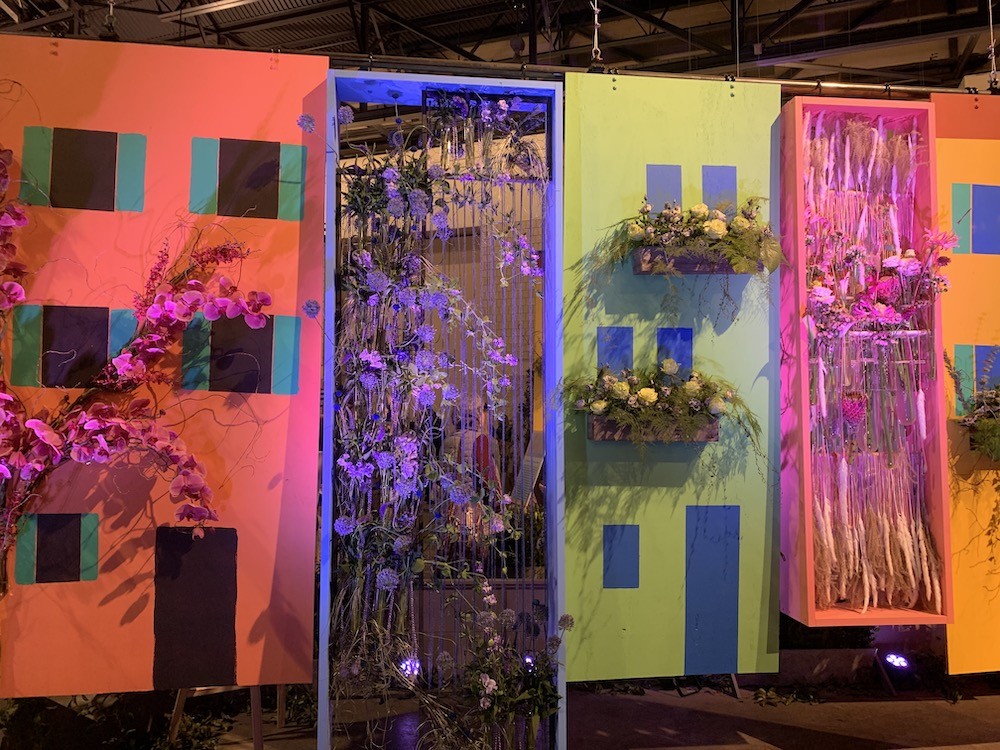 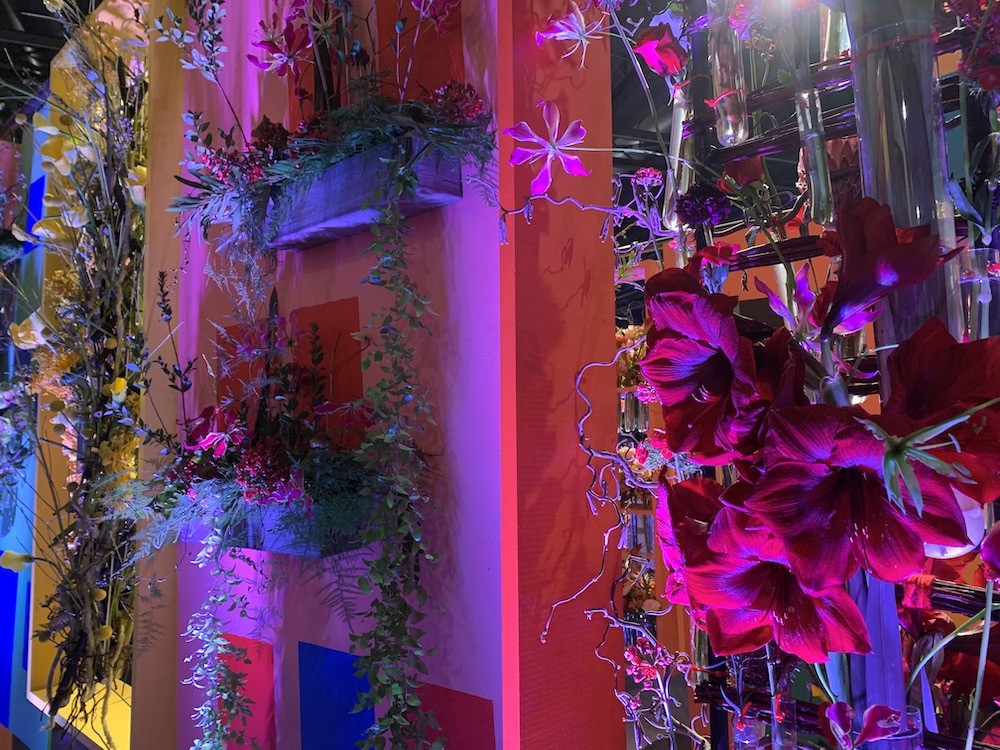 In fact, during the two main rotations,  almost 80% of the flowers from the opening of the show are completely refreshed.

To achieve this installation requires a military precision that Schaffer and Kratt -along with their army of pros – spend weeks preparing for with detailed mock-ups.

According to Schaffer, flowers are generally cut at farms almost two full weeks before the show opens.

What is his secret for preservation? Water and love. 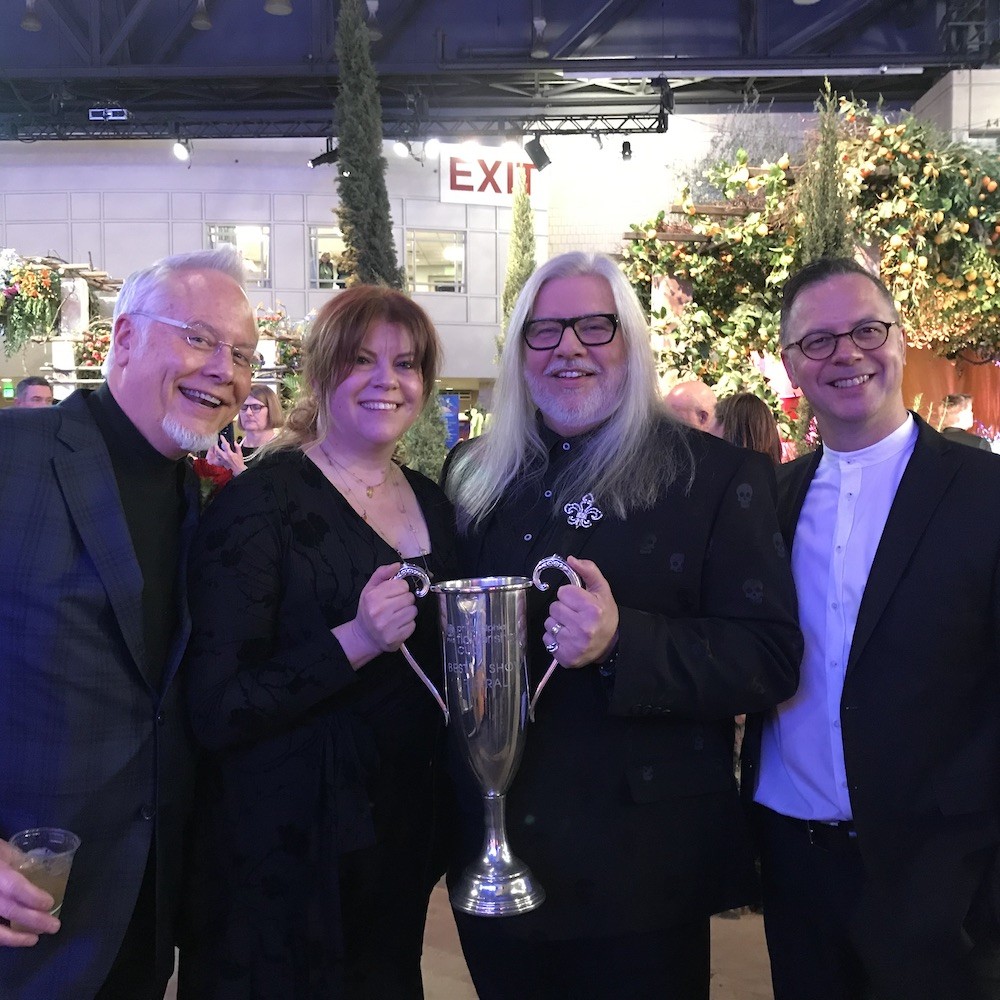 This marks the 10th time the Philadelphia-based Schaffer Designs has won a Gold Medal from the Philadelphia Horticultural Society. They had also won 3 silver medals, 1 bronze medal, and more than 30 additional awards.

Among the awards for this installation – aside from the big prize of Best in Show- was Special Achievement Award of the Garden Club Federation of Pennsylvania for creativity, The Emile H. Geschick Award, for distinctive orchid display, to be judged for quality and artistic arrangement in either group or individual specimens, the Phyllis M. Craig Award for best use of color in flowering plants in an innovative design. 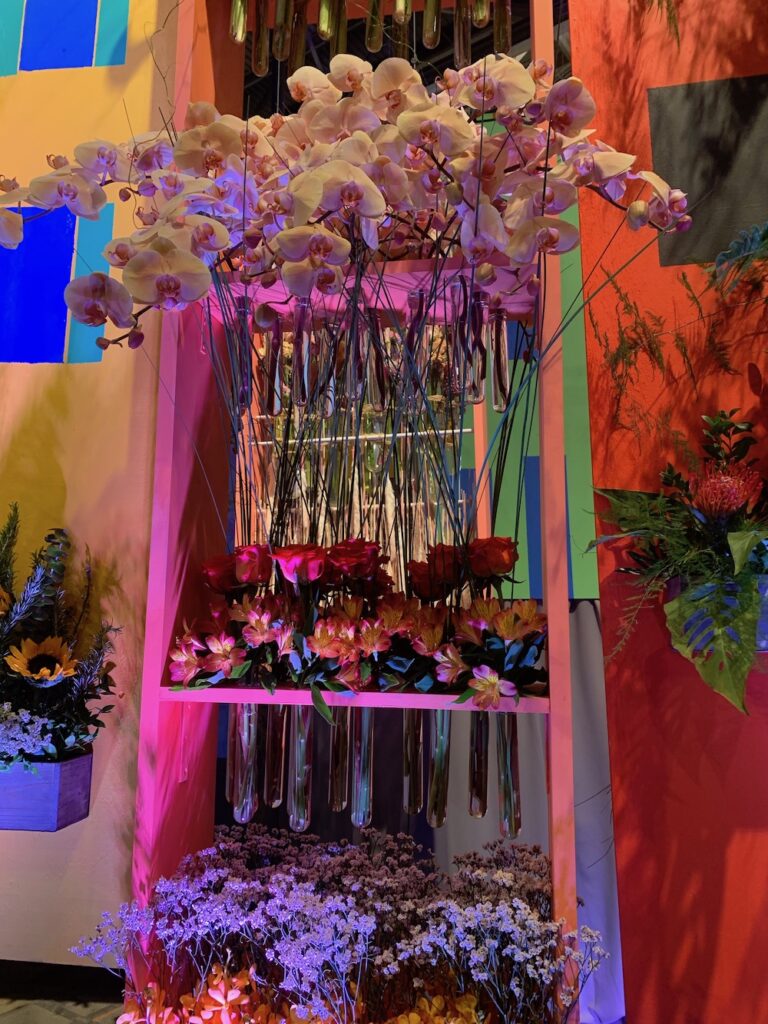 Last but not least, Schaffer Designs won the PHS Gardening for the Greater Good award which could be a fan favorite too.

This award is for an exhibit that best exemplifies PHS’s mission to activate horticulture and gardening as a force for the “greater good” by advancing the health and well-being of people and their environments.

Well, having witnessed the crowds delighting in this extraordinary installation, it definitely earned the award for advancing better mental health and happiness through flowers.

As a young couple said, “This is my first time here. It’s amazing.” 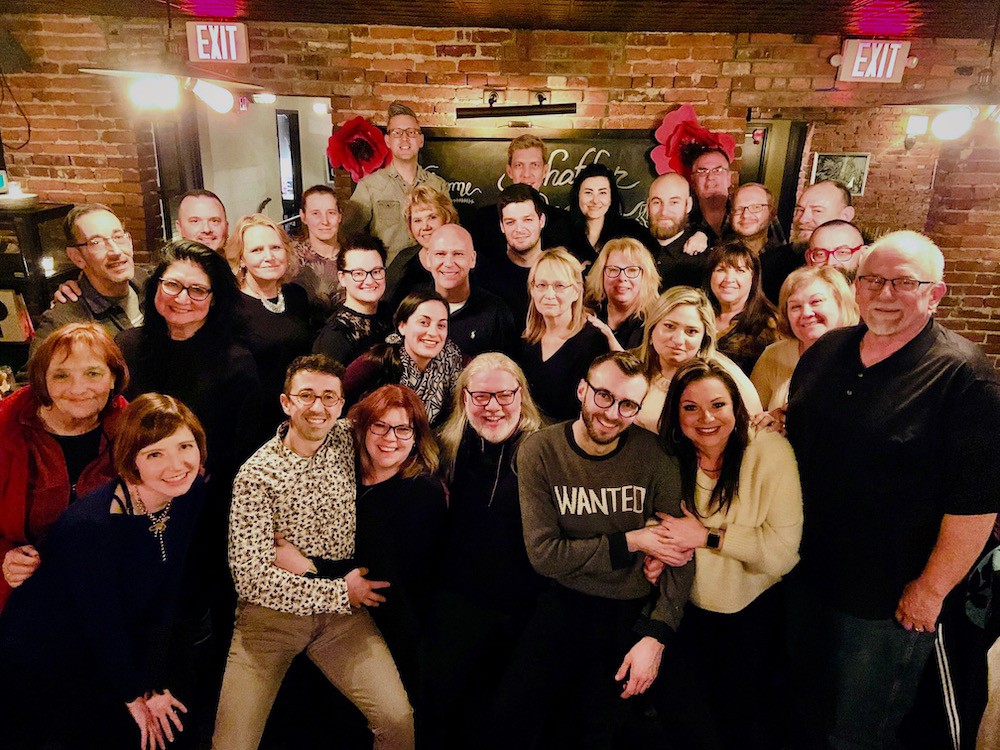 Judges in above photo who are left to right of Bill Schaffer and Kristine Kratt are J.M. Schwanke and Tomas DeBruyne. 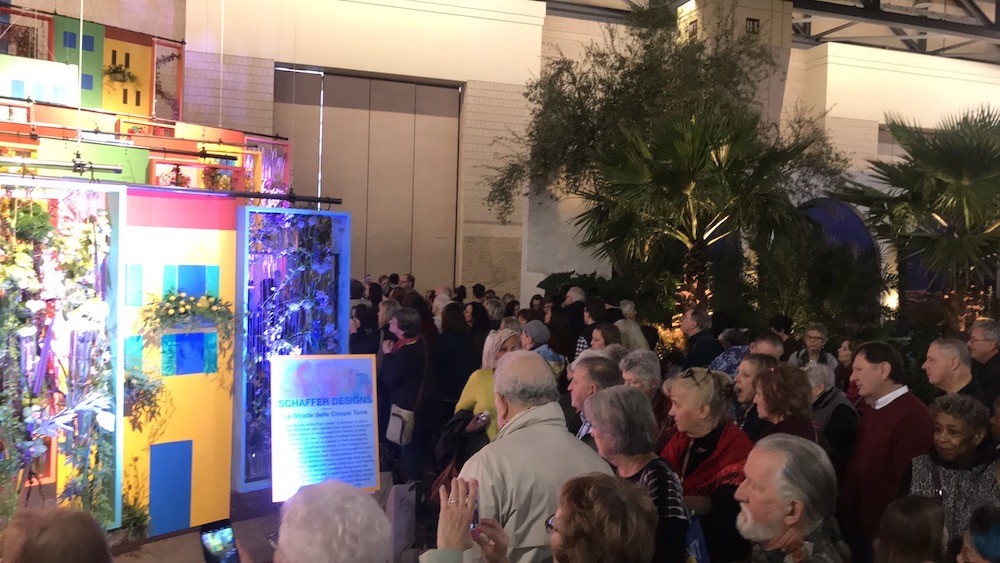