Did you know that there is an International World Peace Rose Garden that was planted at the Martin Luther King Jr National Historic Site in Atlanta, Georgia?

Planted in 1992, it is designed to encourage and help youth recognize the importance and value of peace.
It has 185 roses in a variety of colors and fragrances.

The garden’s starburst design brings attention to the brilliance of Dr. King’s ideals using the official flower of the United States, which is the rose.

The graves of Dr. and Mrs. King can be seen directly across the street if you stand at the Peace Plaza, facing the rose garden.

Each year an annual contest is held and students from local, national, and global schools submit poems of peace. Winning poems are selected and installed in the rose garden for a period of a year.

The Atlanta garden is one of five major World Peace Rose Gardens established around the world. The other gardens are located at other cultural, historical and sacred centers of the world – including State Capitol Park in Sacramento, Lake Shrine and Our Lady of Guadalupe in California, Basilica of St. Francis of Assisi, in Italy and Basilica of Our Lady of Guadalupe in Mexico City – and focus on different aspects of peace. 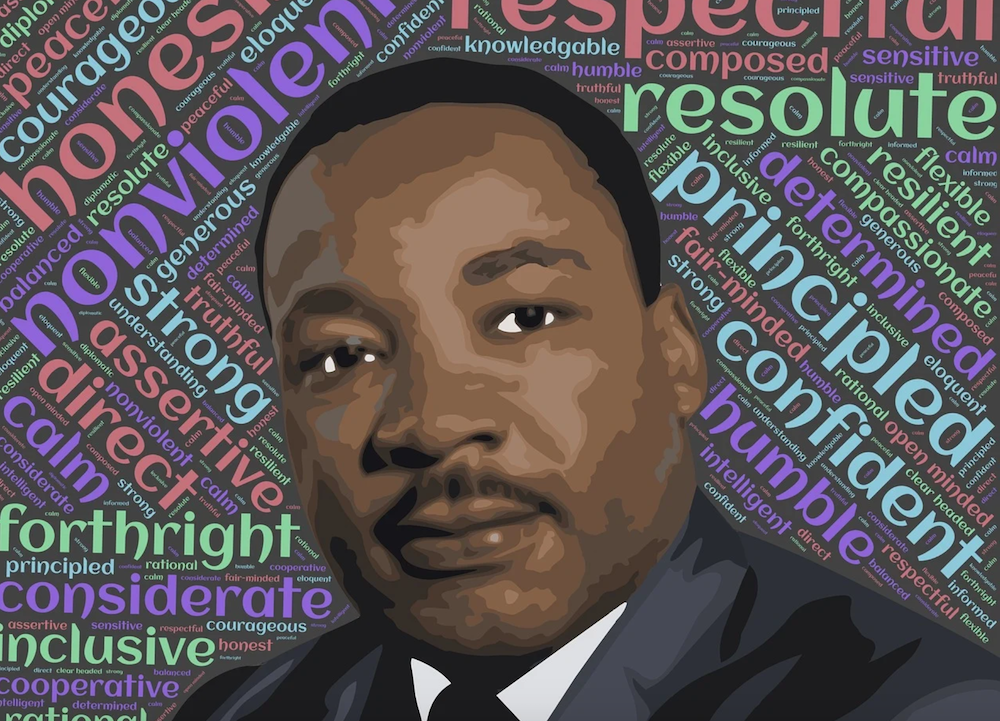 The various clusters of multi-colored roses symbolize the diverse cultures, nations and religions of the world and the universal appeal of Reverend Dr. Martin Luther King, Jr.’s inspirational message of peace through nonviolence.

What a nice thought to think of today.

In 1965, Martin Luther King Jr and the Georgia congressman John Lewis marched from Selma to Montgomery, Alabama wearing Hawaiian leis to show their peaceful intentions in asking to stop arbitrary voting requirements that prevented black citizens from being able to register to vote.

According to a report by Eric Stinton,  “the previous two marches were marred by violence: police officers and groups of marauding racists attacked and killed nonviolent protesters. By the third march, there was a national outcry to protect the activists, paving the way for the activists to complete the 54-mile march.”

Seeing the image of people wearing leis immediately diminished any worries of aggression.

So where did the colorful leis come from?

As Stinton reports. King visited Hawaii several times during his life. He struck a friendship with fellow reverend Abraham Akaka, head pastor of Kawaiahaʻo Church and older brother of future senator Daniel Akaka. They shared a vision of racial justice and nonviolent protest, so when the Selma Marches began, Akaka arranged for the leis to be sent to Alabama, hand-delivered.

No statues were destroyed. Flowers conveyed peaceful intentions and hope for a better future.

It is touching that the rose, which is part of this garden, offers both peace and pragmatism. After all, you may get pricked by the thorns before you can reach the beauty of the rose. 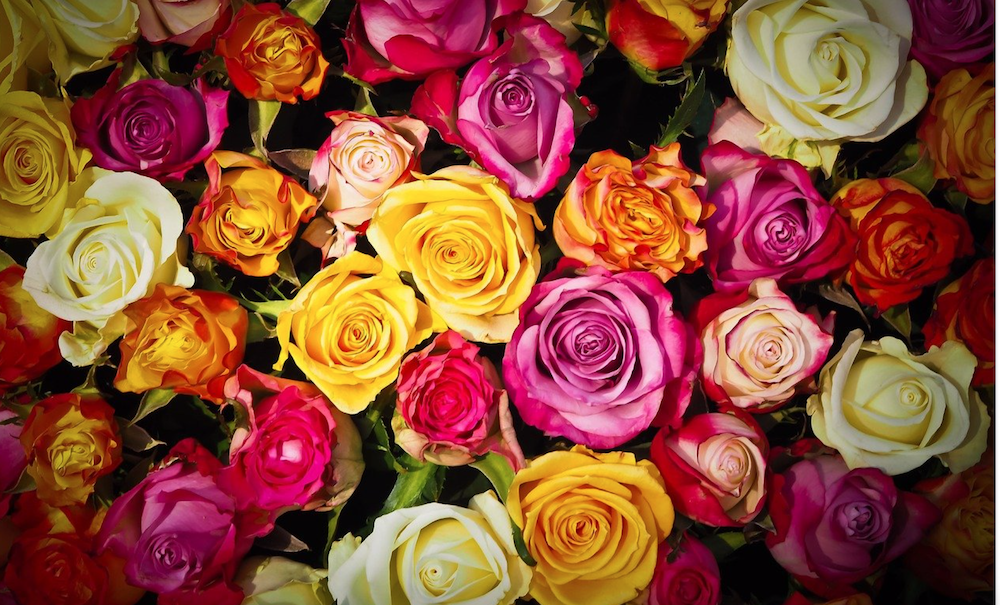