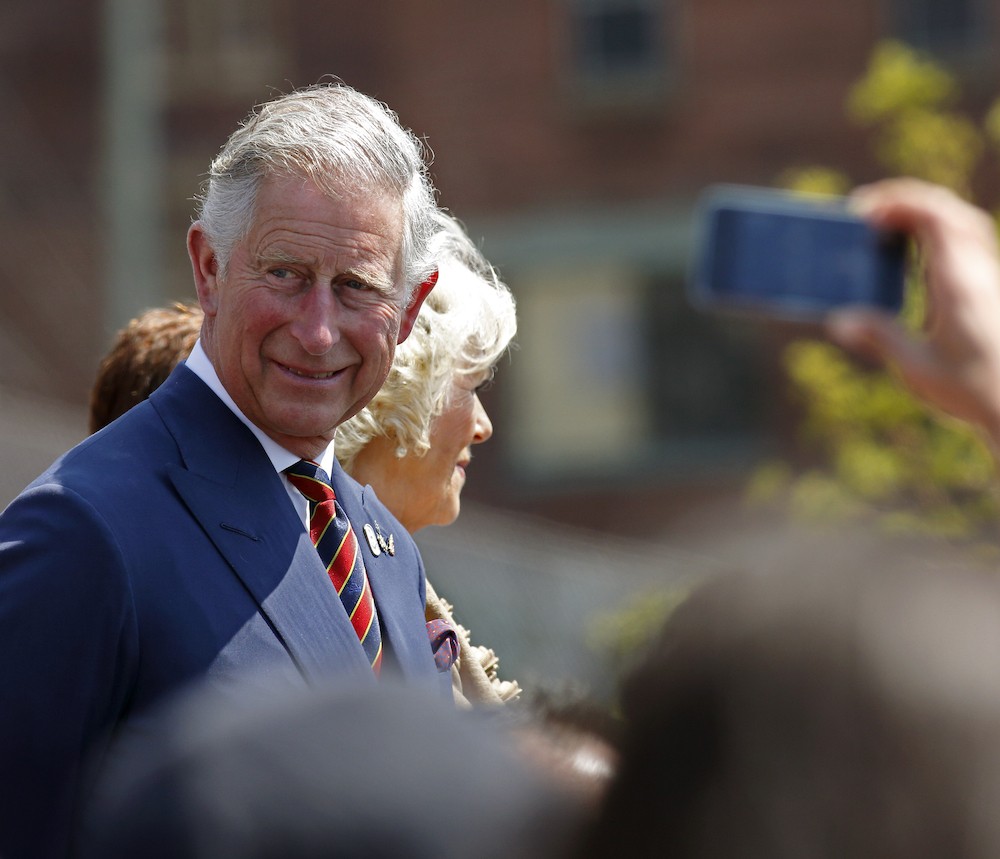 In May, just before the Chelsea Flower Show went online for the first time due to Covid, members of the Royal Family made their own virtual splash when they shared their favorite blossoms via the official Royal Family Twitter account. It was then that Prince Charles revealed his favorite flower: the delphinium.

“For me, the magnificent, gloriously appareled delphinium, with its impeccable bearing and massed in platoons, holds pride of place in my botanical affections,” he said at the time. 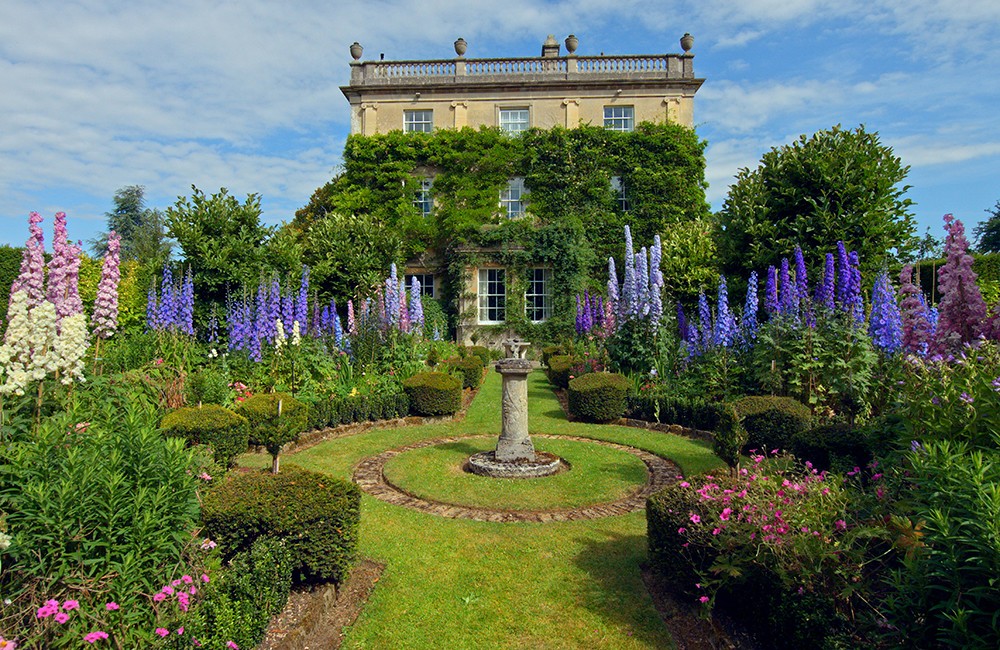 In 1980, Prince Charles bought a 1790s house, called Highgrove, set in a park-like terrain with six acres of wildflower meadow, which lies in bohemian contrast to the formality of the house and its sculpted hedges. He immediately began renovating the gardens (which see 40,000 visitors per year) into a series of intimate tableaux including two gardens that showcase delphinium.

“I have an absolute passion for delphiniums – and I’ve always had it,” he told BBC 4. “There’s something about those Edwardian watercolours….” 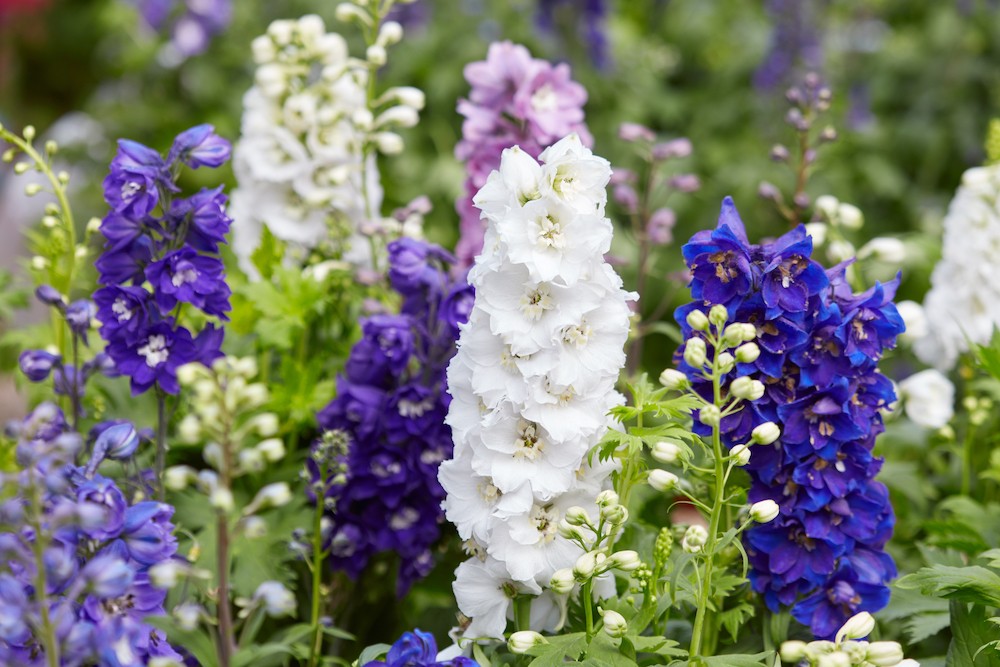 The perennial plants, which have deep blue, pink, purple, and white blossoms in the summer, are also the birth flower of July. This has some royal fans believing that the declaration of his favorite flower is connected to Princess Diana.

Diana’s birthday was July 1. The royal couple were married on July 29, 1981, making this a special month for the duo. Though they were officially divorced in 1996, they remained connected through their sons William and Harry.

The flower’s name is derived from the Greek word “delphis,” according to FTD, meaning dolphin and referring to the shape of the bloom’s closed buds, which resemble the nose of a dolphin. 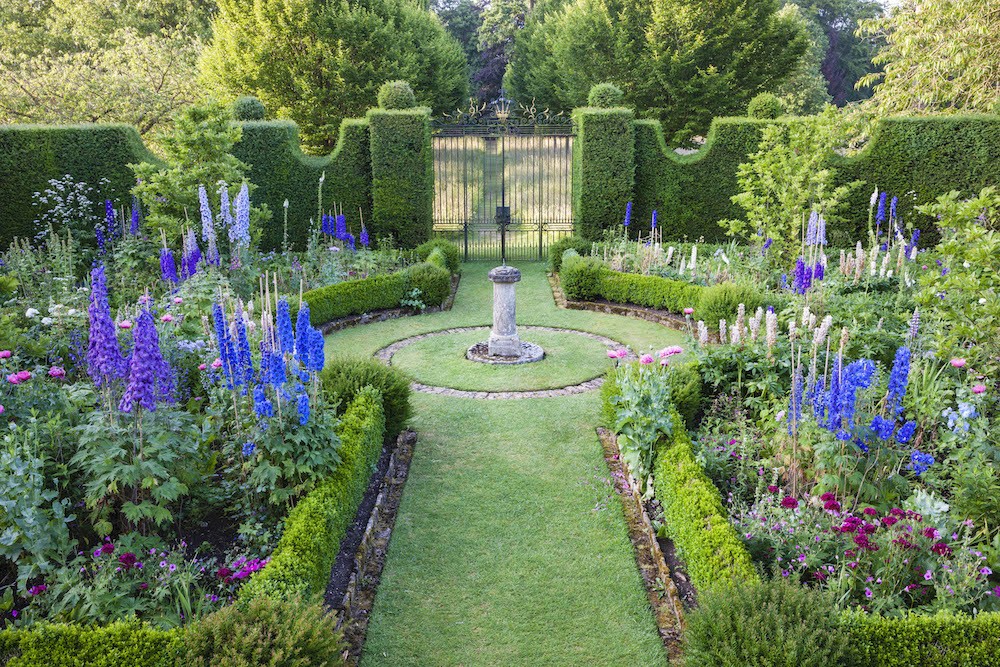 The Sundial Garden. From Highgrove: An English Country Garden. Courtesy of Rizzoli.

Among the flower’s meanings—it stands for overall positivity and openness to new experiences—Delphinium are also planted in remembrance of loved ones.

Princess Diana’s favorite flowers were forget-me-nots. These along with tulips and narcissus, all in white, fill the beds of Diana’s commemorative garden at Kensington Palace.

The Duchess of Cornwall’s favorite flower, Alchemilla mollis, is related to the word “alchemy.” This plant with lime-green blooms was thought to be magical—the droplets that formed on its leaves were considered the purest water. It’s still believed to have healing powers.

Whether or not Prince Charles’s choice of a favorite flower is a nod to the late Princess, the Prince’s love of gardening is well known.

“When Prince Charles first arrived at Highgrove in 1980,” said Queen Elizabeth, “he devoted a great deal of time and energy to transforming the gardens around the house which are considered today to be some of the most inspiring and innovative in the United Kingdom.” 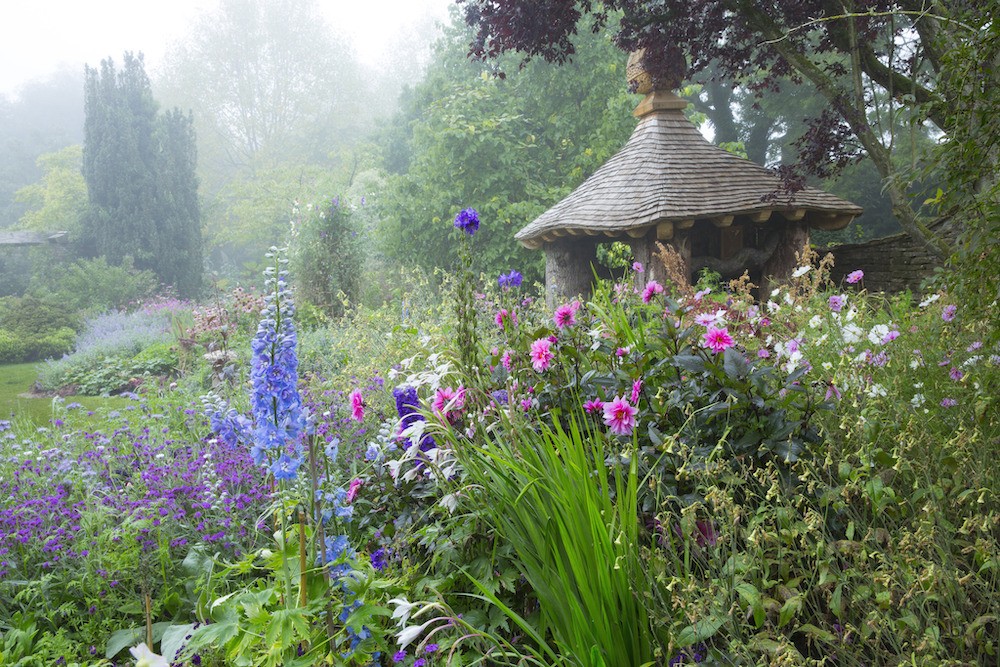 The Cottage Garden. From Highgrove: An English Country Garden. Courtesy of Rizzoli. 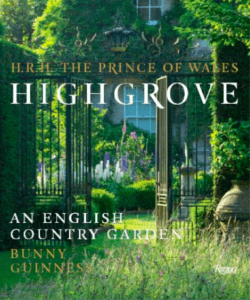 The first garden on the property of Highgrove that the Prince of Wales reworked was the Sundial Garden, in which the delphinium has pride of place, with their conical spears of purple, pink, and deep blue surrounding a sundial, all of them carefully selected by the Prince.

Delphinium make an appearance as well in the Cottage Garden, which blooms into late summer and also features phlox, coneflower, and butterfly bush. It’s in this space that the Prince has his Summerhouse, a rustic hideaway nestled in a border of fragrant plants with a roof supported by tree trunks.

“To me, gardening is rather like painting,” he said. “You need to get the paint on – and not muck about.”