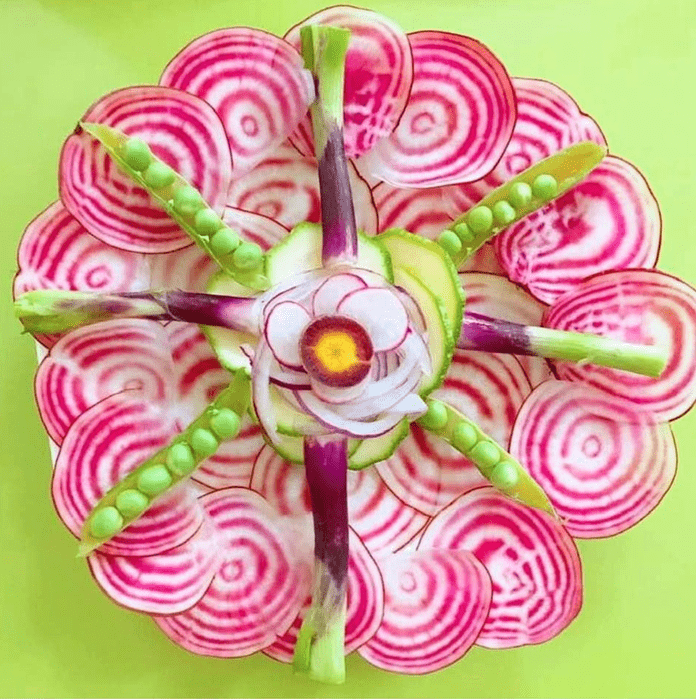 When a dish is called “Give Peas a Chance,” how can you resist?

In fact, these delectable delights made by writer Christopher Mason are almost too good to eat.

Mason, a British author and TV host, is also known for writing and performing commissioned musical toasts at swanky affairs in New York and around the globe. Recent examples are “Putin on the Blitz,” about Russia’s invasion of Crimea, and “Bottoms Up!,” a musical tribute to Kim Kardashian’s derrière.

But at his home in New York,  he loves to whip up not verbal roasts but culinary and visual treats.

This dish called “Give Peas A Chance,” has candy-cane beets in the shape of a flower, shaved zucchini  and fresh peas on the half shell in their pods.  See how he makes these floral round shapes out of the yummy veggies?

“I love making food that makes people gasp with pleasure!” he says. ” I’m flattered when people comment on the food pics I post on Instagram (@christo4mason), saying that some of my concoctions look too pretty to eat; but for me, the whole point is that it HAS to be delicious.” 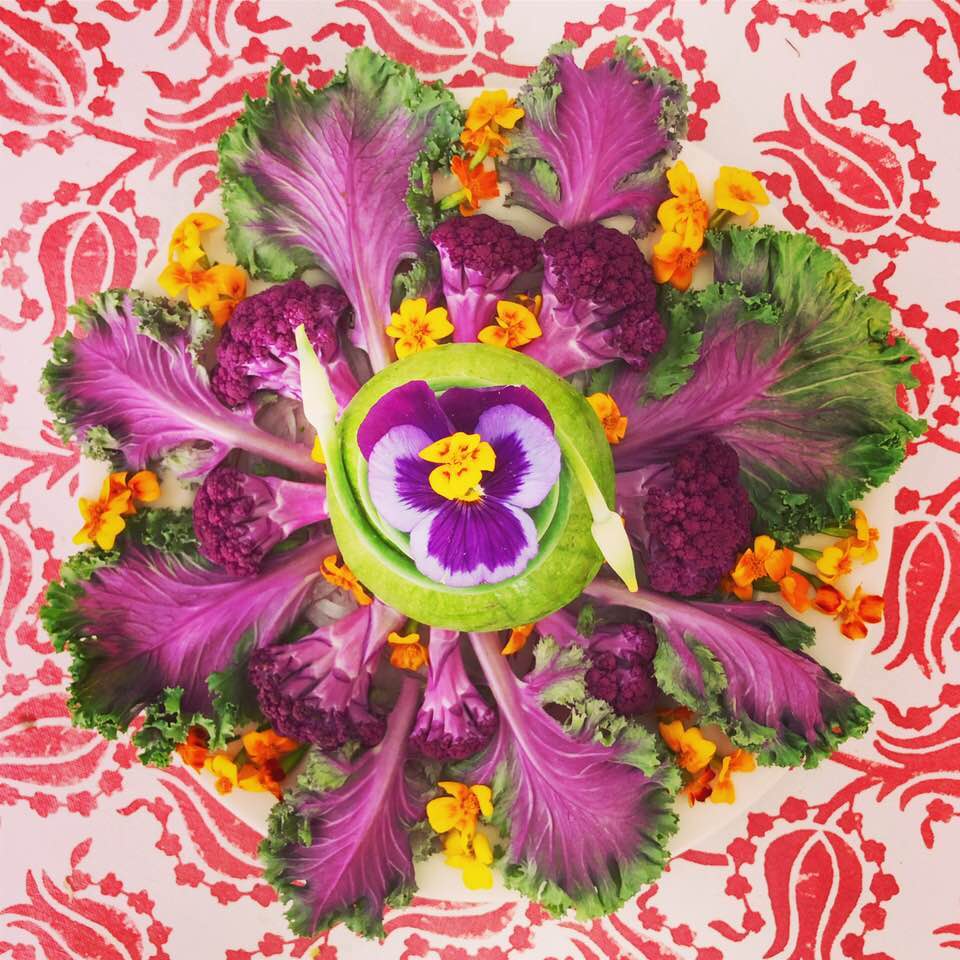 In fact, the rave response has also inspired him to compile a cookbook.

“I’m not in a hurry, still experimenting,” says Mason, who wrote the book, “The Art of the Steal,”  about the Sotheby’s-Christies price-fixing scandal.

Expect some of the dishes to be fiery since he is also a bit infamous for a hot sauce he created years ago.  As a fan of everything orange – including “lilies an exotic orchids” –  he also utilizes edible flowers onto his culinary canvas.

Here are some other fab examples of his culinary talents that one can argue should be considered pieces of art. 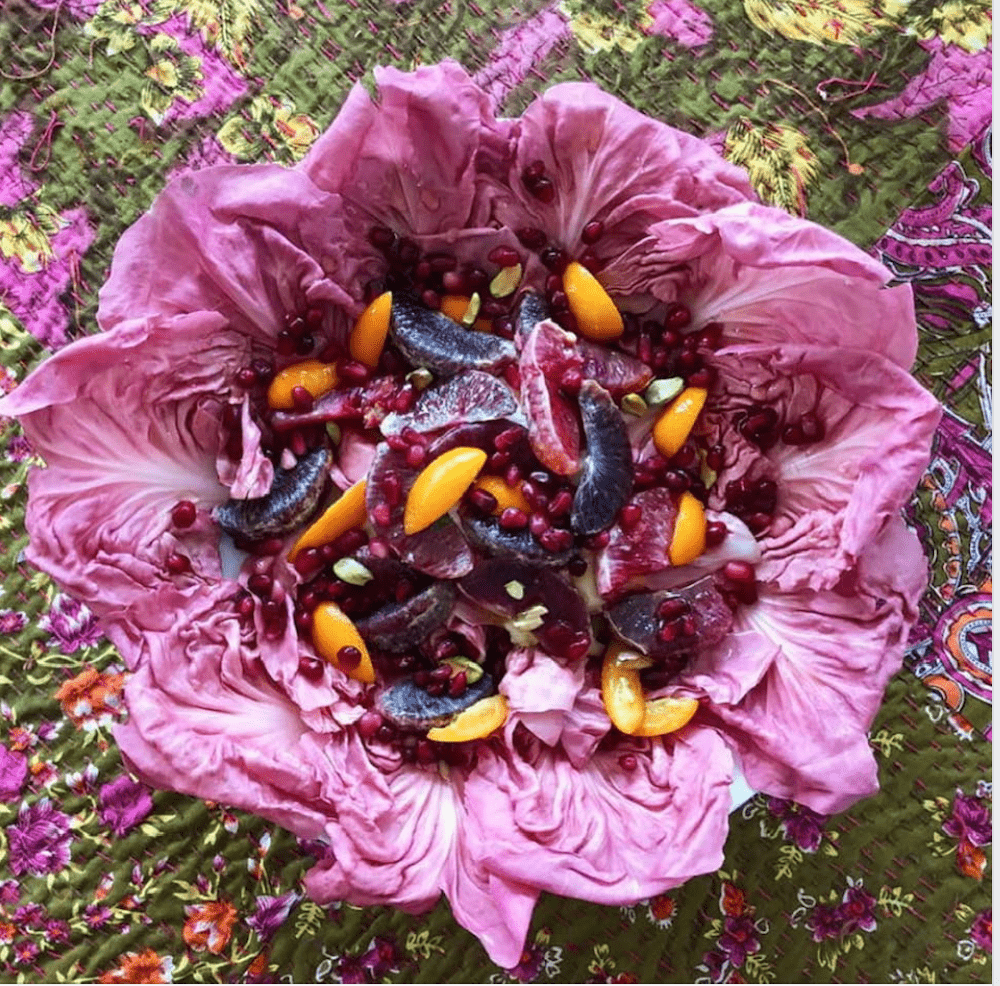 We like this offering of using pink radicchio and fanning it out to be a flower. Then he filled it with blood oranges, kumquats and pistachios.  Isn’t that a good idea? 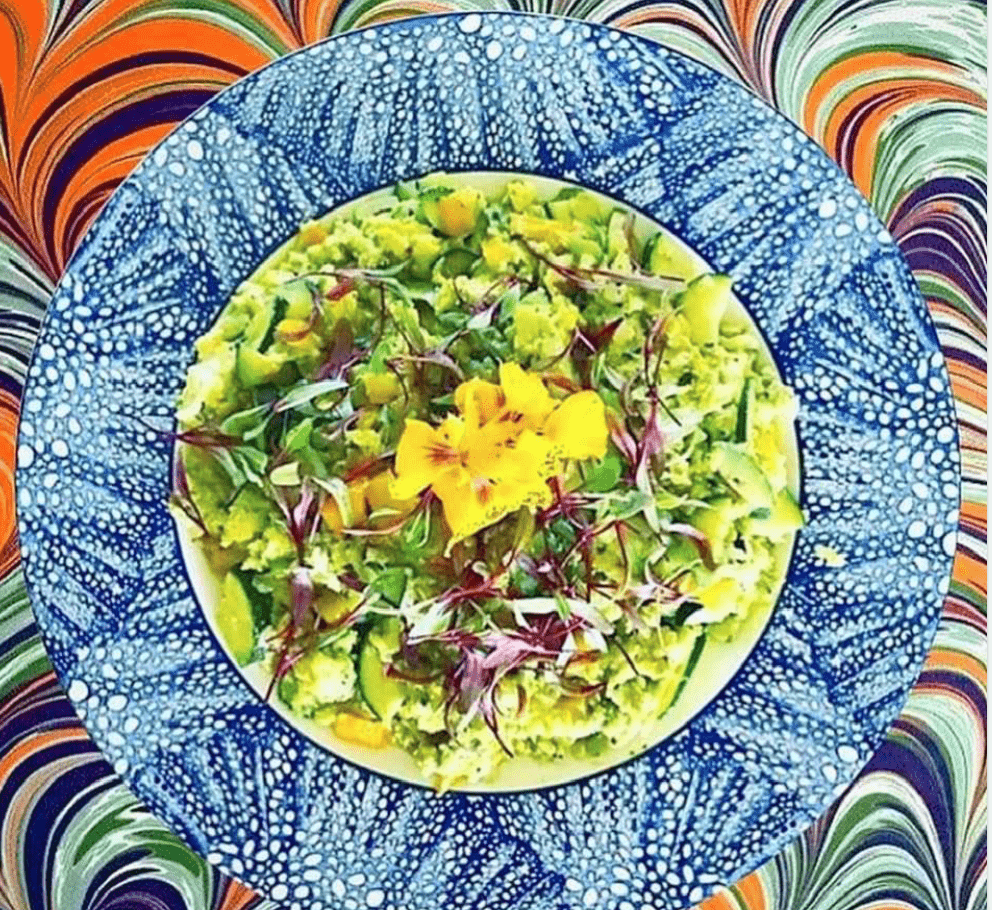 This example used nasturtiums as a flourish to top a salad. Shows you how one little accessory can jazz up not only an outfit but a meal. 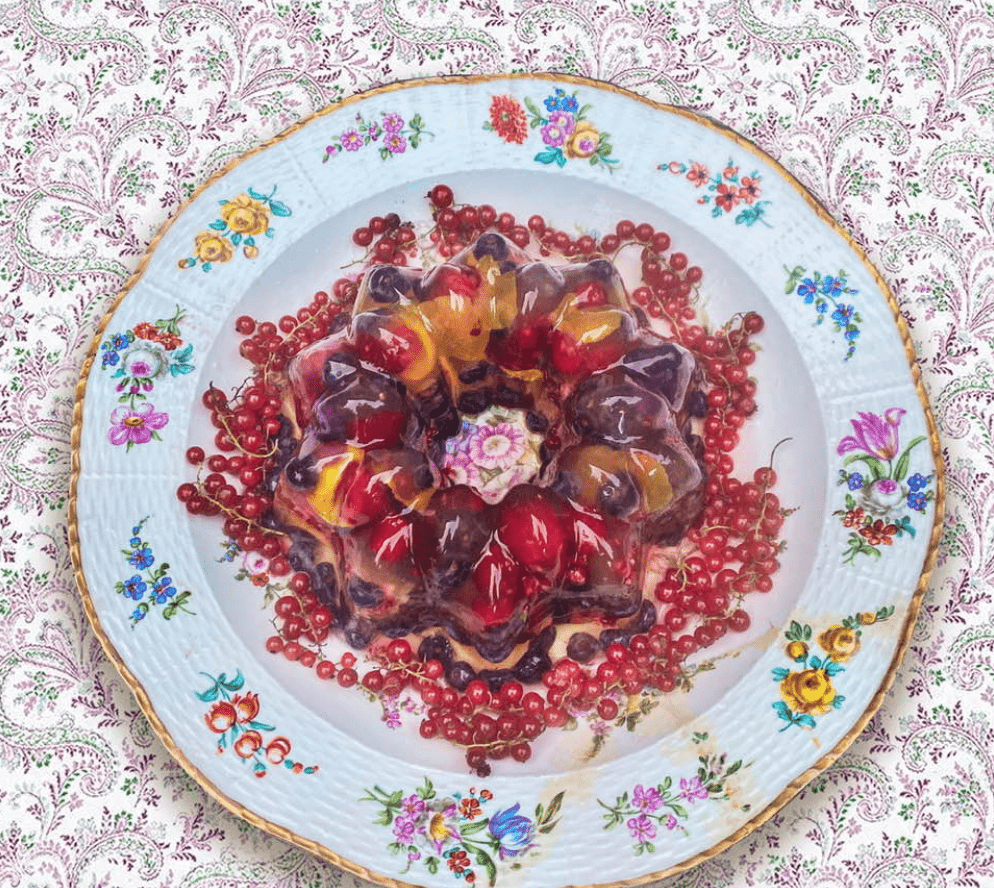 Last but not least, look at this champagne jelly on a Meissen plate with floral flourishes that were enhanced with nasturtiums and red currants, made by his fiancé, Dr. Ralph Gibson, whom he describes as “the sou chef” of his dreams.
“With the world going to hell, I find it comforting to concoct food that delights the senses, particularly taste, sight, and smell,” he adds. “My culinary mantra is: If you’re going to cook, Why not make it sublimely delicious and gorgeous to behold? It only takes a tiny bit more effort.”