“I’ve done so many period dramas that people call me for these types of jobs,” she says, with a laugh. “They know I can get the job done.” 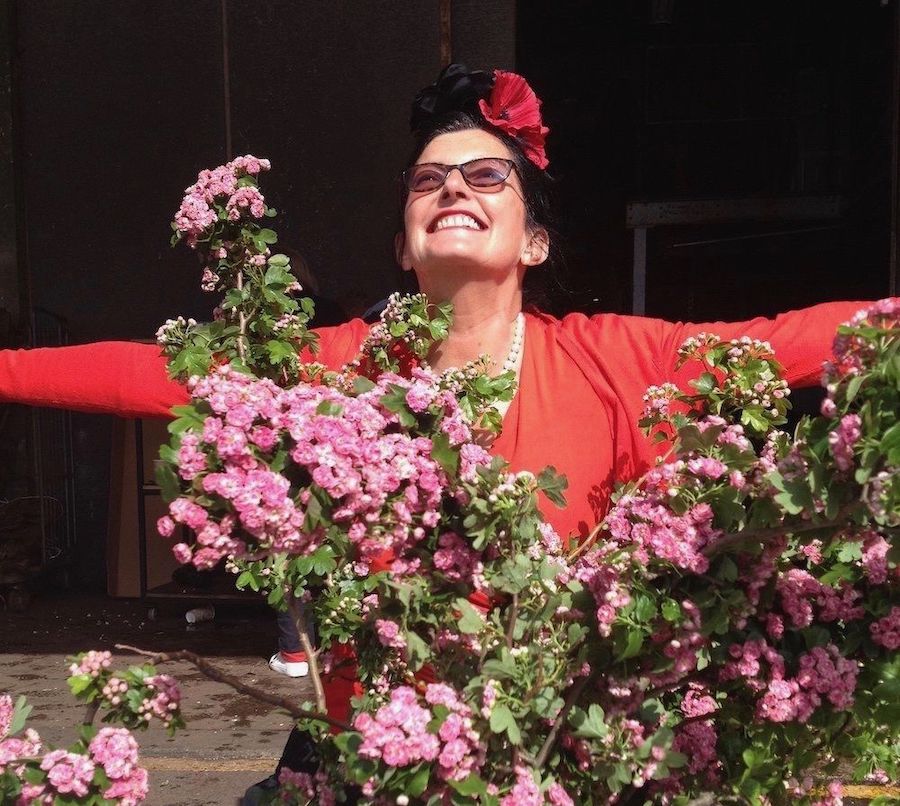 The HBO series offers many opportunities for Tobin’s talents.  Its heroine is Anne Lister, a strong-minded, independent thinker who defies conventions with confidence and spirit. She is not only an unapologetic lesbian in 1832 but an astute, ambitious businesswoman. She decides to revive her family’s fortunes by getting into the coal-mining business while also seducing the ladies in her small town of Halifax. 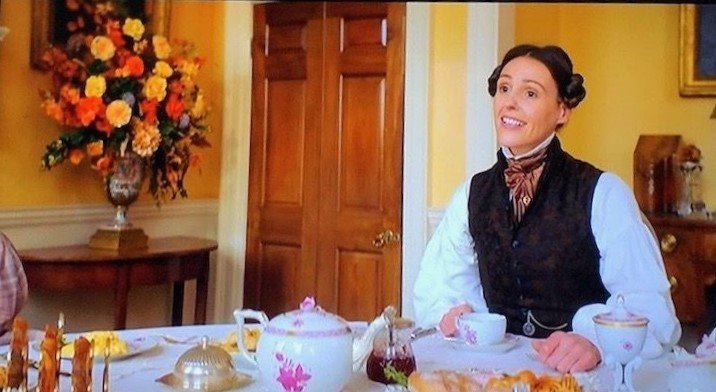 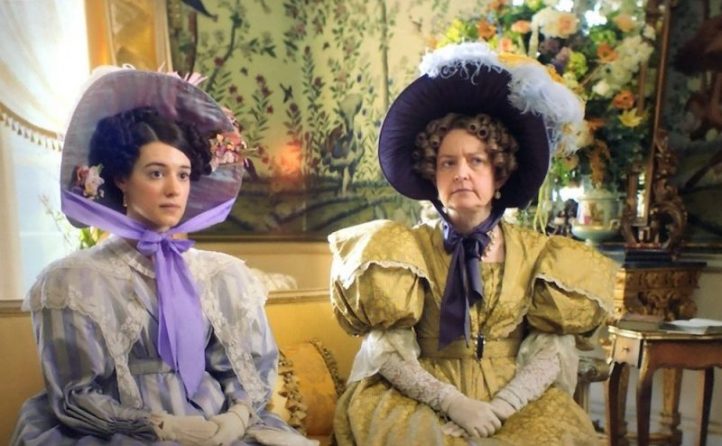 In the capable hands of Tobin, who is considered one of Hollywood’s most prolific and famous florists, the flowers are both lush and plentiful.  As often is the case, Tobin’s flowers can set the scene.

“It helps define what the characters may be thinking or doing,” says Tobin. “That’s part of the job. Understanding what needs to be conveyed.” 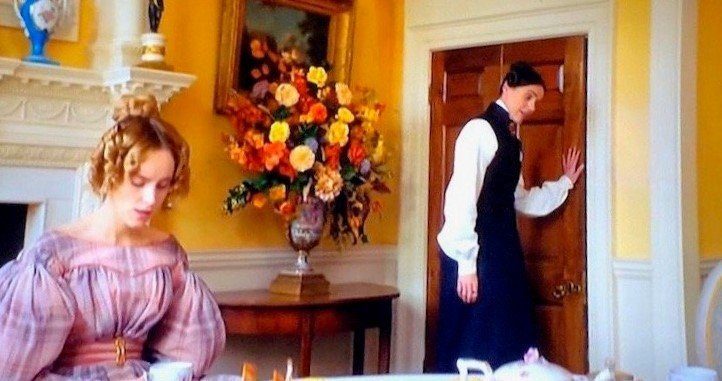 “Gentleman Jack is the latest British period drama that uses flowers and floral patterns to brilliant effect,” she says. “The juxtaposition of the lives of the lower classes with those of the wealthy landowners is brilliantly underscored by the absence and abundance of flowers. The farmers and servants live in a sea of mud where nothing seems to grow.”

This was expertly illustrated in the love scenes between the classes.

Clehane noted how effective a simple flower could be to convey love.

“A small bouquet proffered by a lower class suitor to a young woman “signified”  a small ray of hope, she noted. “In contrast, the show’s main character, Anne Lister, finds herself surrounded by lush and beautifully arranged blooms in the drawing-room of her love interest, Ann Walker’s home,” says Clehane. “Several rooms in the Walker house are awash with intricate floral patterns on the walls and furnishings sending a subtle but powerful message of privilege and endless possibility.”

Although the vases and wedding flowers had real foliage such as ruscus, silk flowers were woven in. “The wedding was the biggest scene at the beginning and we did a huge garland all across the back of the Church,” she says. “The pedestals were all real foliage as well as roses, stocks and delphiniums in whites.” 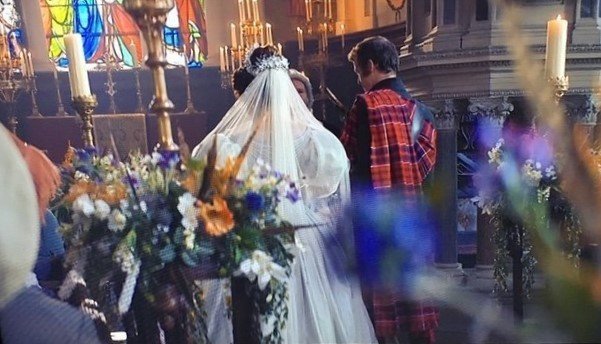 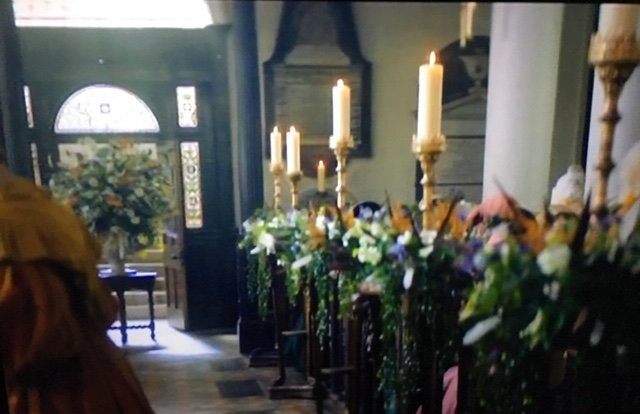 The issue is that shooting can last days in these manor estates and flowers may wilt. The use of silk flowers solves that problem.

Tobin credits her popularity to being a good listener. “The hardest thing of all in any film is working out and obtaining large quantities in a hurry,” she says. “And getting that imaginary feel in what you make that has been visualized by the designer, set director and director.”

Tobin is a problem solver. Self-trained, she intuitively finds solutions to set director’s visions, saying being creative and quick is part of her skill set.  Among her recent films are  “Kingsman 2” “Batman: The Dark Knight Rises,” “Cinderella,” “Mrs. Henderson Presents,” “The Best Exotic Marigold Hotel,” “Jurassic World: Fallen Kingdom,” “Spectre” “The Theory of Everything,” “Maleficent.”  The list goes on and on.

Everyone was very much pleased with the creations she whipped up for the film. “It’s the overall success and joy on people’s faces when a project goes well that gives me the most joy,” she says. “When we all as an entire root system make a tree flourish and grow.”

Last year, six of her films she worked on were nominated for Oscars.

This summer fans also saw her work in “Aladdin,’ starring Will Smith. “All the flowers in ‘Alladin’ were silk flowers and I spent hours sewing the silk flowers on the dark red canopy for the throne,” she says. 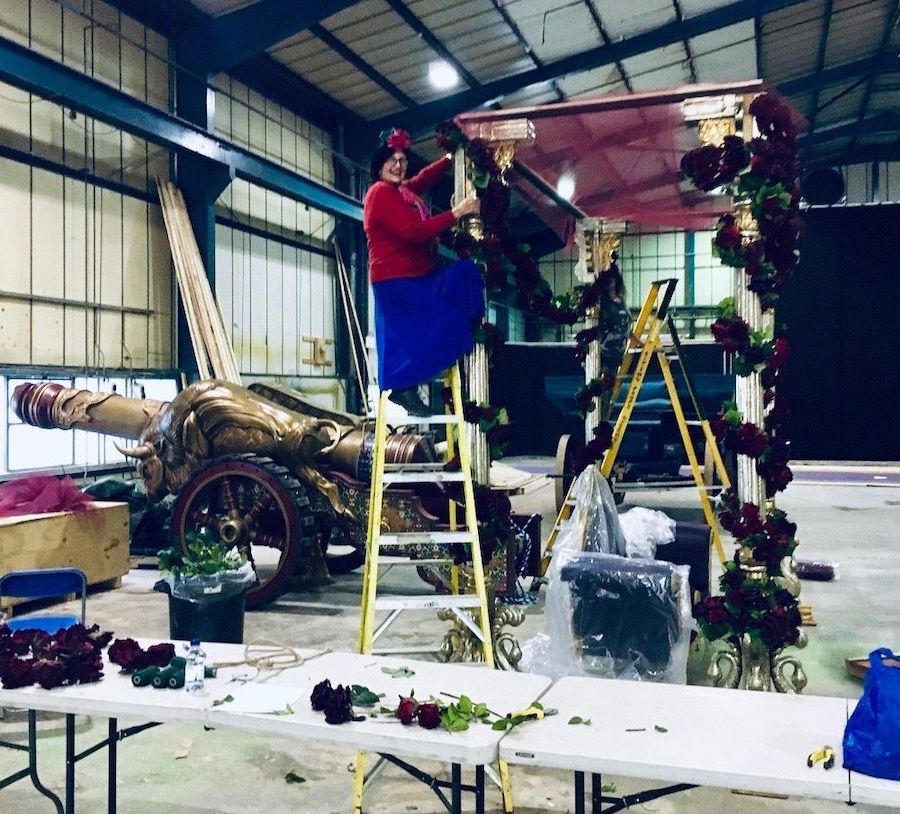 The way Tobin weaves in silk flowers with live lush flowers is a trick that anyone can use.  The eye gravitates towards the live flower and registers that many of the others are real. Technology has created wonderful options in faux flowers for the budget-minded as well as those who want to surround themselves with gorgeous flowers, just like the home of HBO’s Anne Lister.

For the rest of the year, Tobin is booked for other projects including “Tom and Jerry,” “Cruella” in September and a friend’s wedding. Then she has yet another movie, which is top secret for January.

However, Flower Power Daily will get the scoop when she can reveal the details.