Jenny Tobin Finally Got Credit for The Allure Of This Film

It’s not every day one can say, “Oh yes, six of the movies I worked on this year were nominated for Oscars and other awards.” 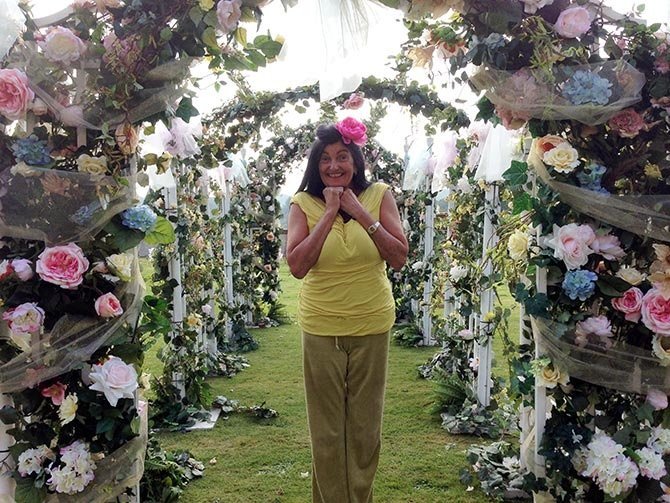 Taking time away from crafting the floral allure of a new film, Tobin, a ball of energy and jolly good fun,  is delighted when asked about the dreamy Ambrosius Bosschaert inspired flowers from “The Favourite.”

“I’m glad you thought they were real,” she says, with a laugh. “I used all silk flowers.”

Because “The Favourite” is a period piece about Queen Anne’s two rivals vying for her affections, many scenes were shot in the same British palace location. To Tobin’s eye, this ran the risk of pale Damask roses and soft peach ranunculus wilting under hot lights.  Problem solved with silk flowers.

“The most difficult part was getting the quantities I wanted of each flower,” she says, as well as choosing “the feelings the flowers would project. Sad scene. Happy scene.”  Another challenge was complimenting without overpowering the tapestries and Old Masters that designer Fiona Crombie and set director Alice Felton had chosen for the film, which stars Emma Stone and Rachel Weisz.

Oh, and that long intricate garland for the Great Hall banquet scene was a bete noire. “All had to be wired, and my hands were sore afterward,” she says. “But I am so passionate about my art. I almost paint with my flowers.”

Tobin is a problem solver. Self-trained, she intuitively finds solutions to set director’s visions, saying being creative and a good listener is part of her skill set.  Among her recent films are  “Kingsman 2” “Batman: The Dark Knight Rises,” “Cinderella,” “Mrs. Henderson Presents,” “The Best Exotic Marigold Hotel,” “Jurassic World: Fallen Kingdom,” “Spectre” “The Theory of Everything,” “Maleficent.”  The list goes on and on.

“I’ve worked in this industry for 25 years and I’ve had many films up for awards,” she says proudly.

What she hasn’t gotten until this year are any personal film credits. “I actually have a credit on ‘The Favourite’ for the first time EVER!!!!!” she says. Yes, after creating the gardens, bouquets, jungles, and boutonnieres for more than 60 films, it’s the first one that she gets credited for. By which Tobin means an on-screen credit that she actually saw in the movie theater. 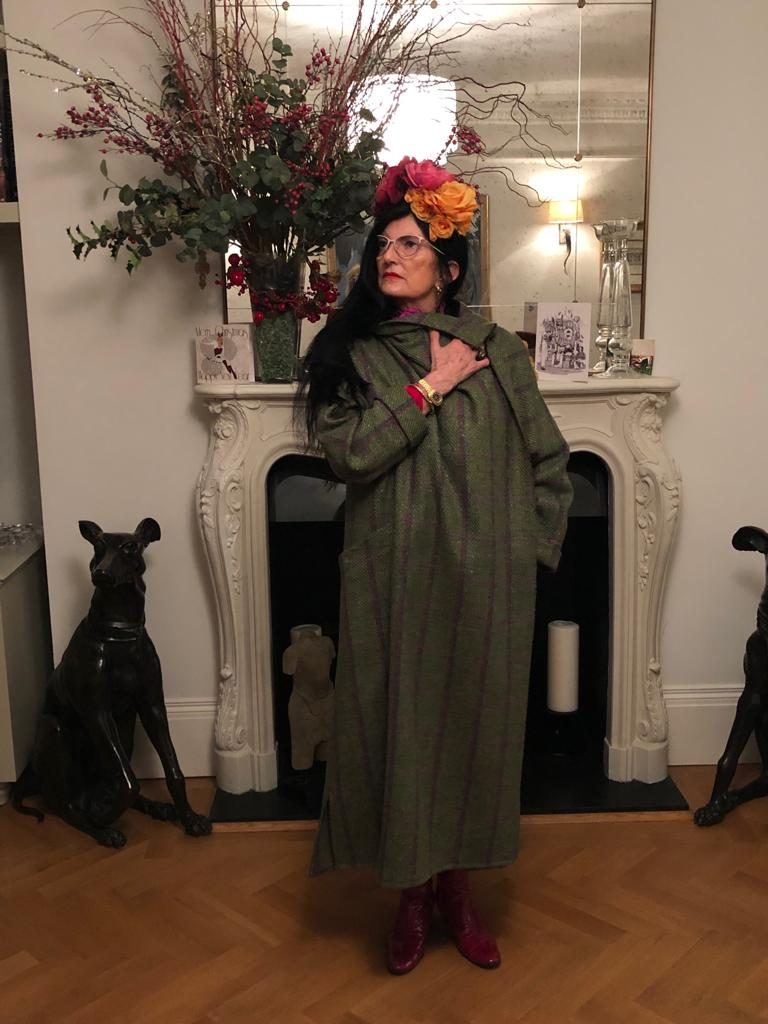 “It’s terrible really,” she says. “We put weeks in of hard labor in with thousands of pounds of flowers. Yet the grips mate, the painter’s mate, a set decorator’s assistant will get a credit. but not the set florist.”

It’s not as though she hasn’t asked for florists to have a separate category.  “It’s terrible really,” she says. “I am not on that unit list despite asking the office to add me.  They never do. I don’t understand why.”

But you should, I implore. Florists are artists.  Why aren’t florists respected more? Which is why I suggested that we at Flower Power with Jill start a campaign called #FloristsDeserveCredit.

“That’s a wonderful idea,” she says. 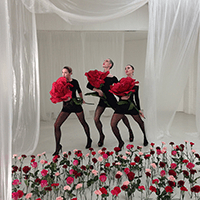 Over the years, she has attempted to set the record straight on the Internet Movie Data Base on some 42 of her films, adding her name as “set florist” to more recent ones including  “Ready Player One,” and “Jurassic World,” but not going all the way back to “Love, Actually.”

Tobin isn’t thinking about this injustice because right now,  she’s thrilled, absolutely thrilled, that she’s been invited to the British Design Guild Awards.   Since she had six films up for awards, she gingerly asked set director Claudia Parker if someone cancels, could she be “considered” to have their ticket. In sisterhood style, Parker, who had hired Tobin for many films including “Mrs. Henderson Presents” starring Judy Dench, inquired and got Tobin a ticket.

“It is the highlight of my career and I get to meet everyone who worked on the films,” she says. Naturally, she will wear flowers in her hair, inspired by her idol Frida Kahlo.  “The biggest flowers,” she says, “I’ve always made and worn flowers for every outfit. It’s my trademark, along with red lipstick, very bright clothes, and long black hair.”

After 25 years, she has many memorable stories. “There’s a photo of me creating a living wall for “Macbeth,” she says. “We had been shooting on location and there was a huge modern blue Madonna in Ely Cathedral. We had to hide it because the feel had to be medieval and it took ages. I  used red amaranthus, various twigs, and Spanish moss to get the right look. ”

When she created the florals for “Fantastic Beasts and Where to Find Them” it took two weeks, since designer Anna Pinnock wanted huge American style arrangements as well as table centerpieces. 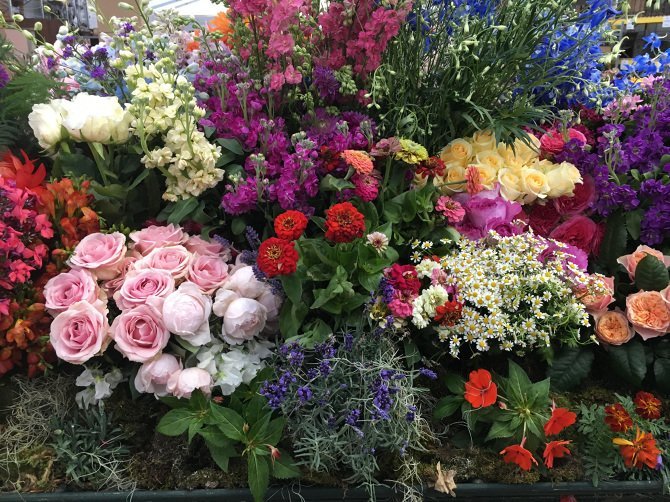 “My first big film starring gorgeous people was ‘Love Actually.’ I was so happy,” she recalls. “I used all sorts of whites roses, delphiniums, lilies,  lisianthus. All fresh because most of it was shot in churches and cool buildings I didn’t really have to worry that they wouldn’t last.”

Tobin got her career serendipitously.  After a divorce, her friend, producer Kelly Hernacki, was visiting from the U.S. and asked if she could bring a friend for dinner. He arrived and gasped at the beauty of Tobin’s home floral arrangement, asking her to do some work for him.  Word of mouth soon got her other jobs.

This soon led to her first feature film called Londinium. “Colin Firth starred,” she recalls, “and my hands were shaking as I pinned on his white rose buttonhole. He was so kind. I made a beautiful bouquet for his bride solely using lily of the valley. The scent was heavenly.”

Some films were more difficult. Including “Cinderella,” where she had to find bundles of peonies in a rainbow of colors and manage demanding personalities.  But it comes with the job.

However, working with Martin Scorsese on “Hugo Cabaret” was a treat. “Martin is a lovely man,” she recalls. “It was his birthday when we were filming and we all stopped work to sing Happy Birthday.”

Another director who showed kindness was Tim Burton when she created flowers for “Sweeney Todd.” “He actually complimented me on my flowers,” she says. “I made tiny period crowd displays out of English hellebores and violets and roses. All lasted well, surprisingly.”

Of course, flowers for films are different than home arrangements.

“Often directors dislike too much white in the arrangements or even one at all as they knock out the color of the rest of the room and stand out too much,” she says. “I also personally dislike using dark purple on set unless it’s supposed to be gloomy as it reads black on film.”

“I adore using are garden roses, freesias, sweet peas, gardenias and tuberose,” she says, offering a sisterly secret tip. “Tuberose only opens one flower at a time and usually goes brown before opening at all fully. But I always hide one in an arrangement that has no scent!”

She once was asked to teach guests on a Cunard’s  “Festival of Flowers” cruise how to make buttonholes and flowers to be worn in the hair as well as arrangements. “I made a bespoke bouquet, courtesy of the Goring Hotel near Buckingham Palace, and beautiful men carried them around to key spots to advertise the cruise.”

How can your heart not beat over that? Her busy schedule for 2019 includes several movies, a watch commercial, and some TV shows. “I tend to get lots of period movies because people know me for that,” she says.

Her next film is in post-production, “Born a King,” about King Faisal as a 14-year-old prince, on a mission to London.

Tobin may not be born into royalty, but in the world of flowers, she is the quintessential queen.

Oh, and how did her films perform so far?  “My films won six out of six awards here at  The British Designers Guild and BAFTA, yay,” she says.