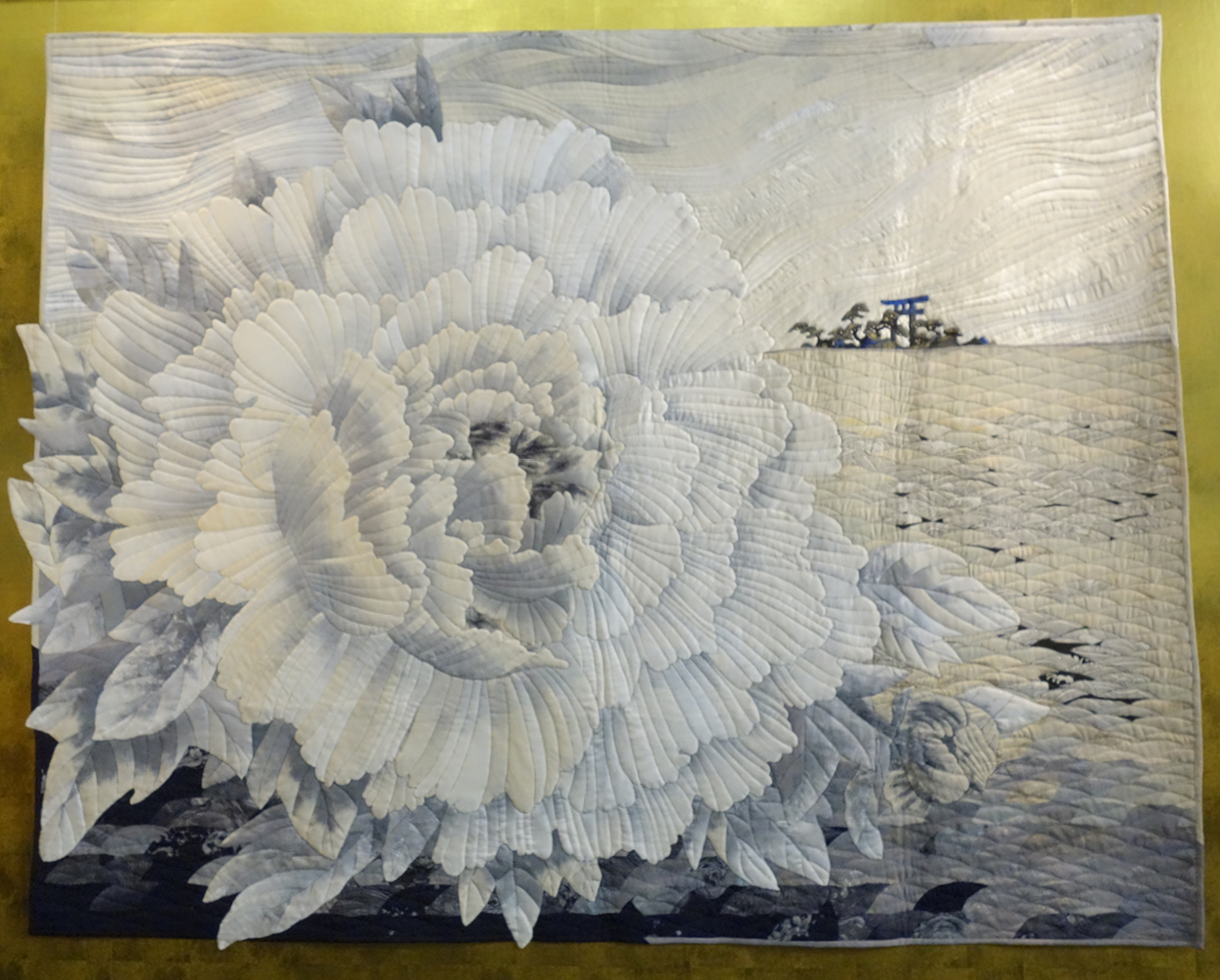 Things turn in cycles. Asian artisans discovered silk thread and invented embroidery. Their work traveled the silk road and influenced every style of decoration since. Cutting up blocks of cloth and making a patchwork quilt has always been considered an American “thing.” But, says Patricia Belyea of Okan Arts in Seattle, an expert on quilts and textiles, “in 1976 there was an American quilt show in Tokyo, and the Japanese were exposed to patchwork.”

The Japanese have always been connoisseurs of textiles, and before long, quilting caught on. But, says Belyea, whereas other textile arts are a male domain in Japan, quilting is almost entirely female. It has become a national obsession. There is a festival every January in Tokyo that attracts hundreds of thousands of people. The range, imagination and skill of work is astonishing. Perhaps not so astonishing, considering the beauty of Japanese kimonos and embroidery over the centuries. Those skills have just found a new canvas.

“All the major quilt shows in American include an exhibit of Japanese quilts,” Belyea says. “People want to see those quilts up close.” 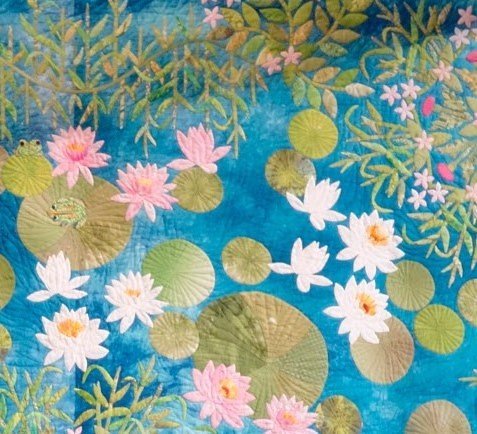 Detail from a flower quilt at the 2019 Tokyo Festival, photo credit Okan Arts

American quilters can rarely afford to fly to Tokyo; the quilts have to come to them. And increasingly, Japanese quilters are entering American quilting competitions. Their quilts of course cover every subject imaginable. We have chosen to look at the ones portraying flowers.

As long as humans have worn clothes they have patched them. When clothes wore out, there were still parts worth saving. Cloth was made by hand; it was precious. So pieces were sewn together. In China wealthy families accepted a 100-family-robe for a son, made with pieces of silk from 100 family members, all pieces embroidered with wishes for long life and pieced together in hexagons, squares or rectangles. 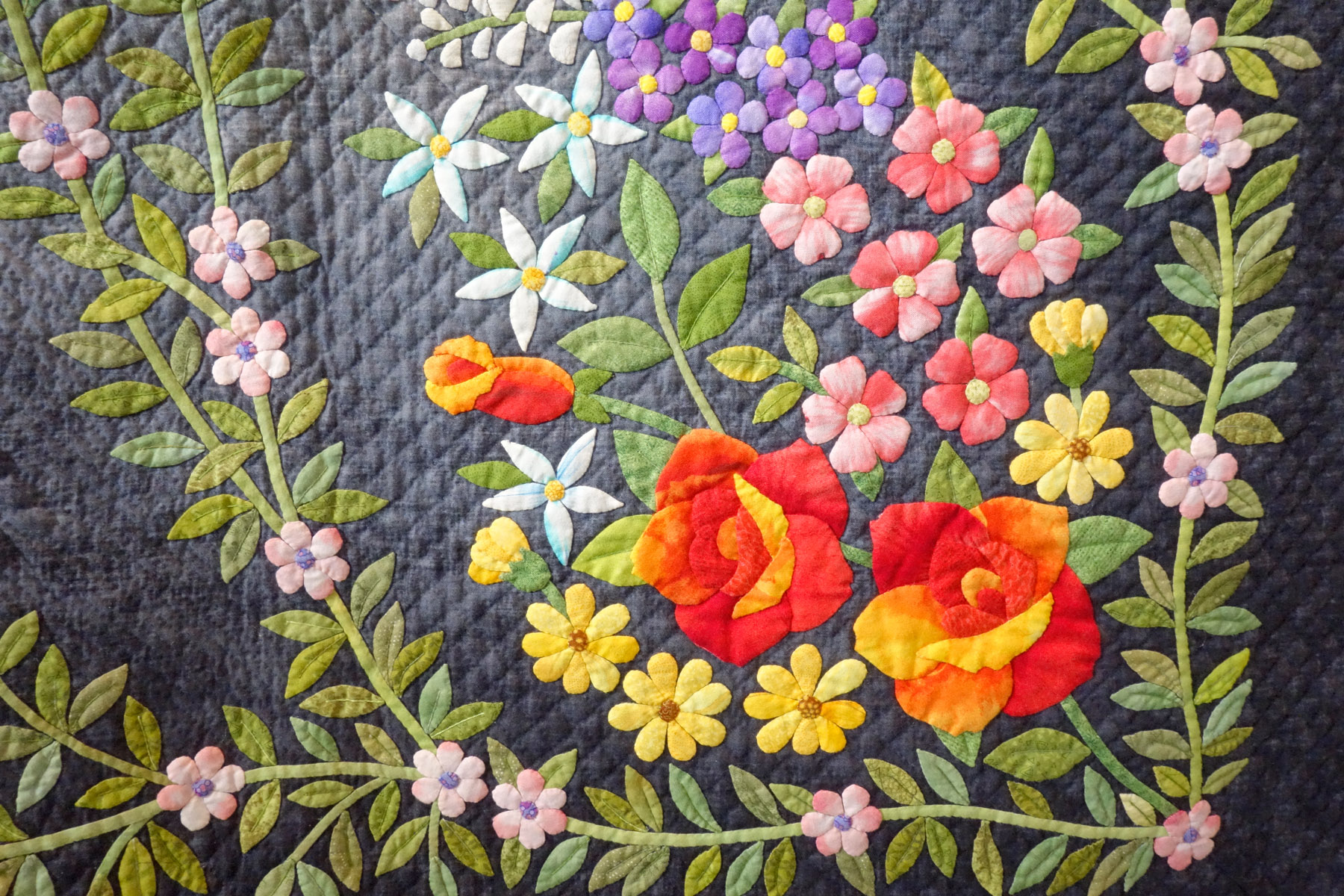 Quilting was simply a way to stitch layers of cloth together. In the beginning there might have been dry grass between a rough cloth and pieced-together scraps of old clothes – anything for warmth. These days quilters have the luxury of soft batting and their choice of quilting stitches, done by machine or by hand.

American quilting was a somewhat neglected art until a show at the Whitney Museum in New York called the Quilters of Gee’s Bend snagged the kind of reviews that announced the quilters from Alabama had created “some of the most miraculous works of modern art America has produced.” These were not log-cabin-jelly-roll-Mrs.-Lincoln-Sampler quilts. They were free form, sometimes wandering and free-spirited group projects, hand-sewn, made of scraps of work clothes. Quilts were being taken seriously. 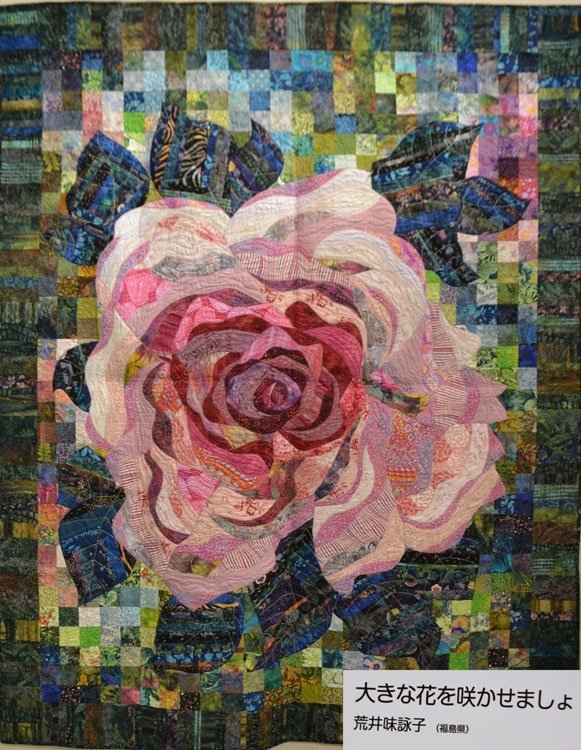 The work being done now in Japan and the United States is clearly an artistic expression. One category is called “Wall Art,” and in fact it is hard to see where “quilting” comes in. None of these pieces is ever going to be tossed onto a bed, but wall art doesn’t even look like a quilt. The piece below, which won the wall art competition at the American Quilt Society’s Daytona Beach’s Quilt Week, which ended March 2, is called Dance of the Twirly Girls. It is by Andrea Brokenshire, of Round Rock, Texas. 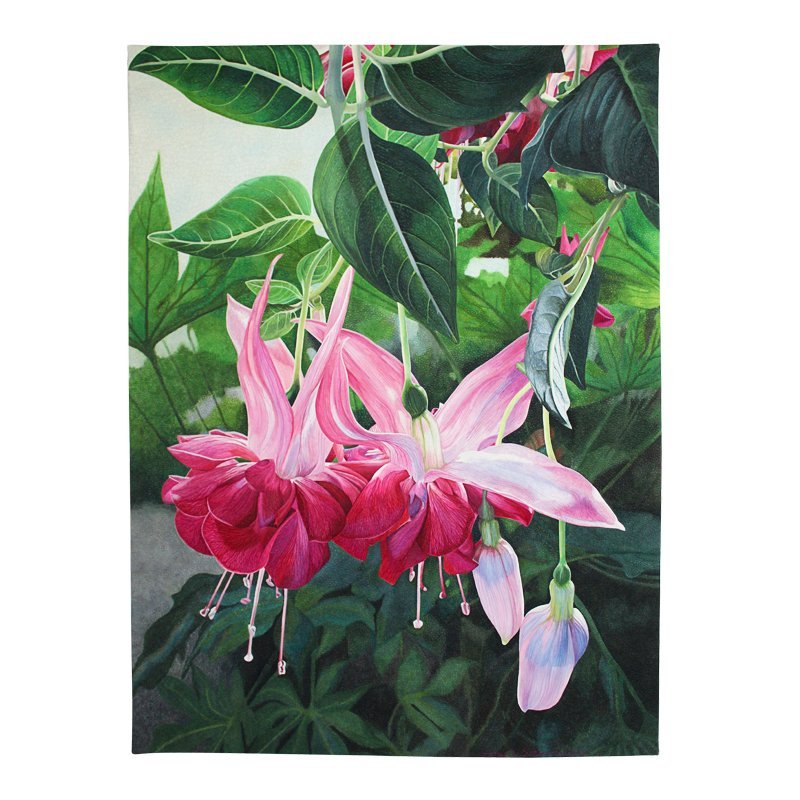 I don’t see a stitch, do you? This is painting.

On the other hand there were two Japanese competitors, and they both did all their own needlework. Below is “Flower News,” by Sachiko Chiba, of Morioka, Japan. Let’s contemplate the work. The flowers are made of fabric, which she says she chose carefully to accurately represent the actual color of the many kinds of flowers. They are appliqued onto the quilt. Leaves and other flowers are embroidered. And the fancy relief stitching is called trapunto. This quilt came in second in hand-made quilts. But it has also competed in Houston and in Dayton last year, when it came in first. 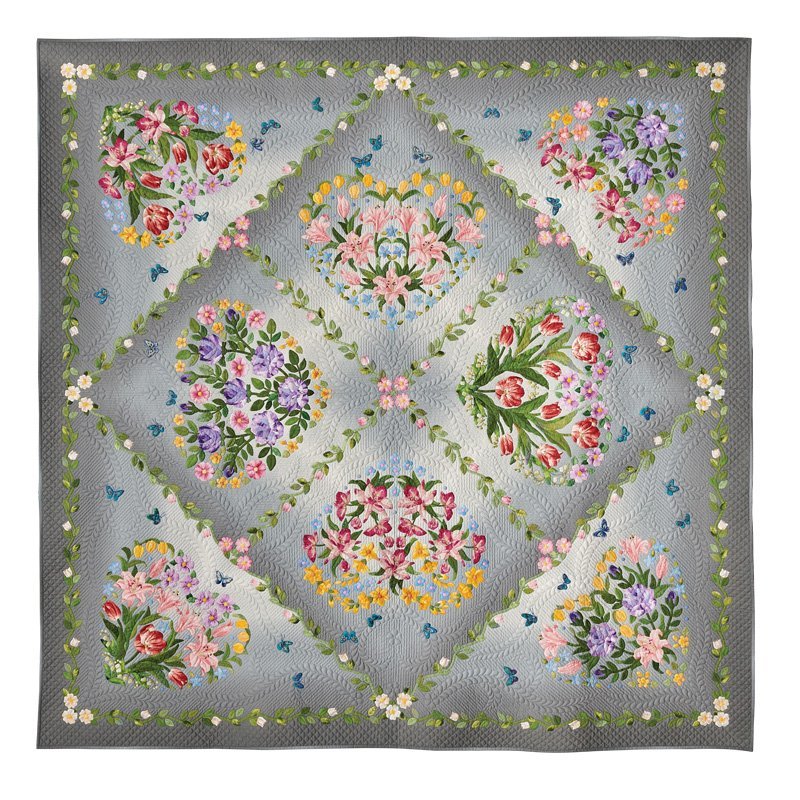 And here we have “Kirara’s Garden Party” by Ayako Kawakami of Funabashi, Japan. 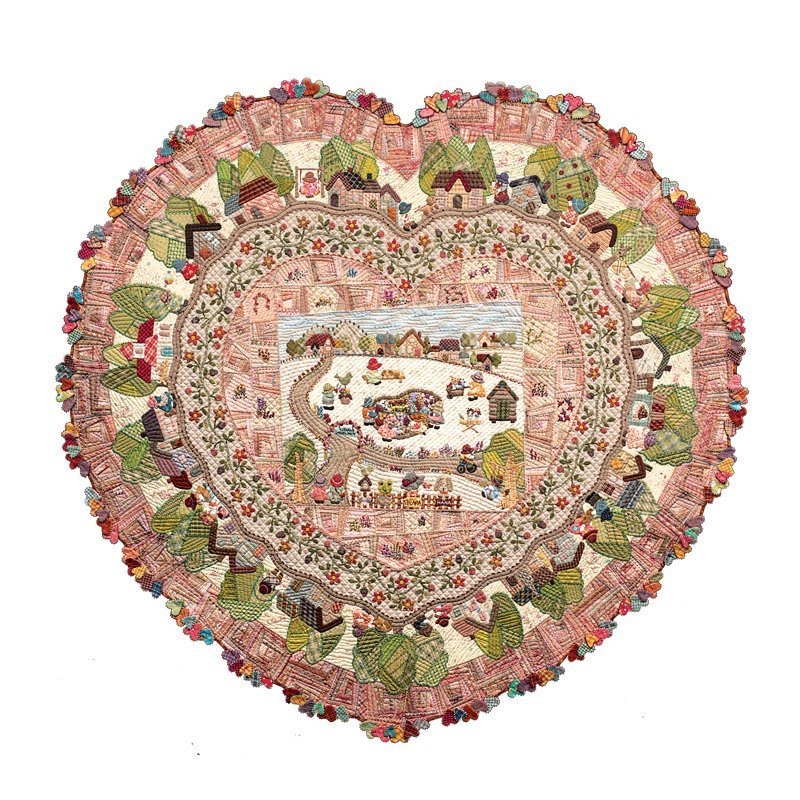 It took first place in the hand-made category. Patricia Belyea of Okan Arts teaches workshops on quilting, sells vintage Japanese textiles and makes quilts on commission. She goes to the Tokyo quilt festival when she can and writes the charming Okan Arts Blog about her travels.

If competitive quilters in America feel that the Japanese are beginning to encroach on their territory, Belyea has some words of warning: “There are now quilt shows in China and India. And these people have great skills in needlework.”