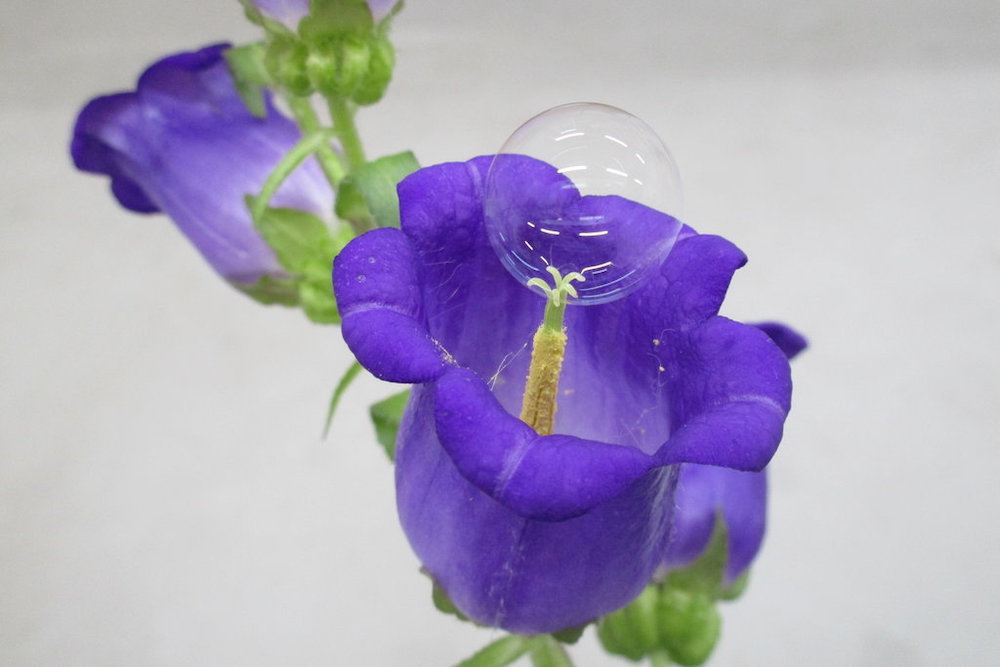 While blowing bubbles is an activity often associated with children and play, a new study shows how it could be used for something more practical: pollinating flowers.

With the decline of commercial honeybees and wild insects, and farmers looking for new ways to pollinate their crops, this new study could help us in the fight to maintain production of fruits and vegetables. It was also released just at the launch of National Pollinator Week—yes, there is such a thing!

In the study, published by iScience on June 17, researchers at the Japan Advanced Institute of Science and Technology present a kind of specialized soap bubble that can carry pollen to flowering fruit trees. Thanks to their stickiness, softness, and highly flexible nature, soap bubbles were shown to be as effective as hand-pollination.

For years, chemist Eijiro Miyako had been looking for better ways to artificially pollinate flowers than by hand, which is a laborious process. One trial entailed lining a drone with horsehairs coated in a special gel. But it was clumsy and “sometimes broke the flowers,” Miyako told the New York Times.

Then Miyako was out playing with his son and was struck with the new idea.

“I was playing soap bubbles with my son at a park close to my home, when a soap bubble accidentally hit my son’s face,” Miyako told BBC News. “There was no damage because soap bubbles are soft, light, and flexible.”

The next task was striking the right balance between soap and pollen. Too little soap and there won’t be enough bubbles to be effective. Too much, and it could trouble the pollen. And it needed the right kind of soap because conventional soap would be too toxic for flowers.

Miyako developed what he calls ‘chemically functionalized’ soap bubbles. Each one can deliver up to 2,000 grains of pollen. Miyako and his colleagues loaded up their bubble guns and headed to a pear orchard. 16 Days after spraying bubbles into the trees, young fruit began forming.

Miyako discovered that the rate of pollination by the soap bubbles was roughly the same as that of hand-pollination: 95 percent. Tests done with an autonomous drone shooting bubbles from a bubble-gun had a 90-percent success rate.

The bubble-method isn’t perfect. Wind and rain can interfere with pollination, and the bubbles produce waste. But Miyako remains optimistic. He believes that through techniques such as mapping and localization, these issues can be overcome.

“I was probably the only person on the planet to believe this when I started the ‘playful’ work,” he said. “Maybe I still am now.”