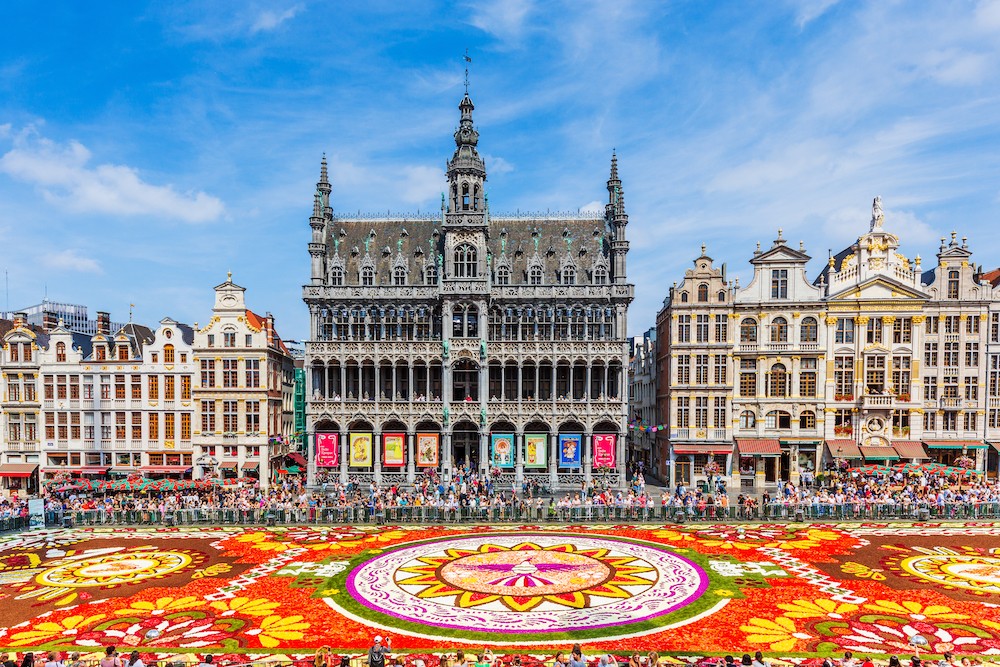 In terms of spectacular floral installations, it’s hard to beat the Brussels Flower Carpet. Every two years, a team of volunteers convenes to transform the city’s historic Grand Place with a carpet of begonias.

While the event, which ordinarily takes place in mid-August, was canceled this year due to concerns over the spread of Covid-19, a video titled Flower Power was recently released by director Joerg Daiber showing the creation of the carpet in 2018. 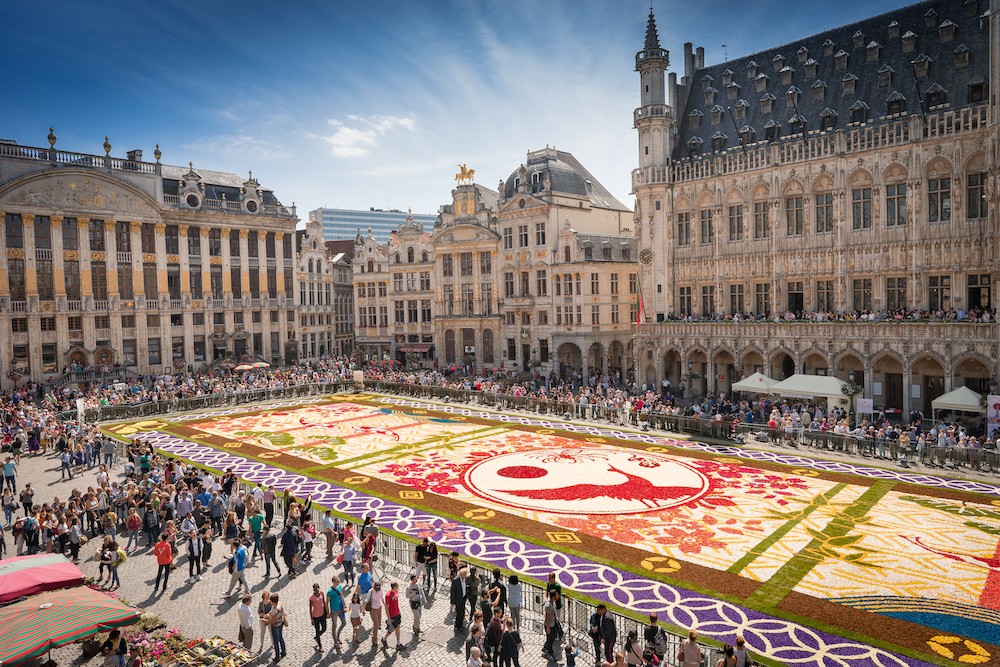 Every two years since 1971, the organization Tapis de Fleurs has brought together a team of illustrators, graphic designers, landscape architects and over 100 volunteer gardeners to create this wondrous work of public art at the city’s historic center. And each iteration has a different theme.

In 2012, the work featured the colors of Africa. In 2014, it paid tribute to the 50th anniversary of Turkish immigrants by imitating a kilim rug. And in 2016, it displayed a Japanese design to celebrate Belgium and Japan’s 150-year friendship. 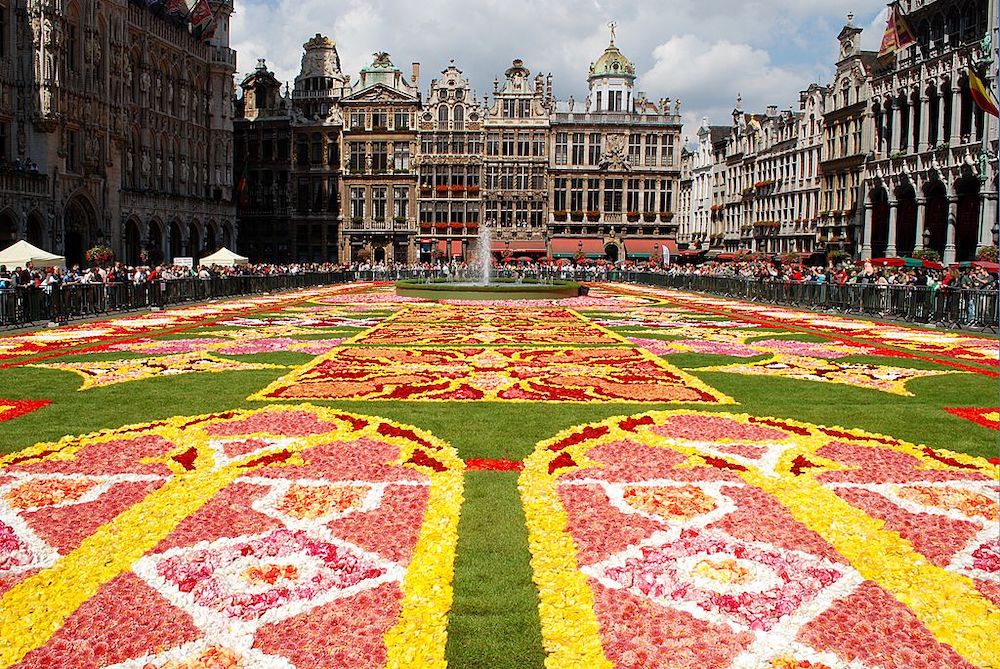 The 2018 Flower Carpet, which is featured in the video, showcased cultural symbols and motifs of the state of Guanajuato, Mexico. And along with begonias, there were Dahlias, the country’s national flower. Mexican graphic designer Ana Rosa Aguilar Aguado created the design, which was then translated to the massive scale by designer Mark Schautteet.

All 500,000 blooms were arranged in a breathtaking tableau in less than eight hours. And you can experience the entire creation in just two minutes here.