How the White Rose Is Linked to the Unknown Soldier 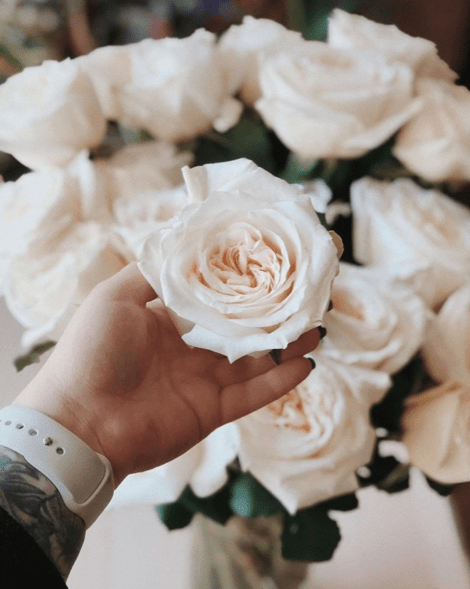 As we celebrate those who died while serving in the United States Armed Forces, we want to bring you one particular story written by Robert B. Martin, Jr., President of the American Rose Society, involving the Tomb of the Unknown Soldier and a bouquet of white roses that is particularly relevant today.

In March 1921, Congress approved the burial of one unidentified American soldier from World War I in the plaza of Arlington National Cemetery’s new Memorial Amphitheater. In October that year, four American bodies were exhumed from unmarked battle graves and U.S. Army Sergeant Edward F. Younger (a World War I veteran who was wounded in battle and received the Distinguished Service Medal) was tasked with selecting the Unknown Solder from the four identical caskets at city hall in Chalons-sur-Marne, France. (That soldier was buried at Arlington below a three-level marble tomb on November 11, 1921.) 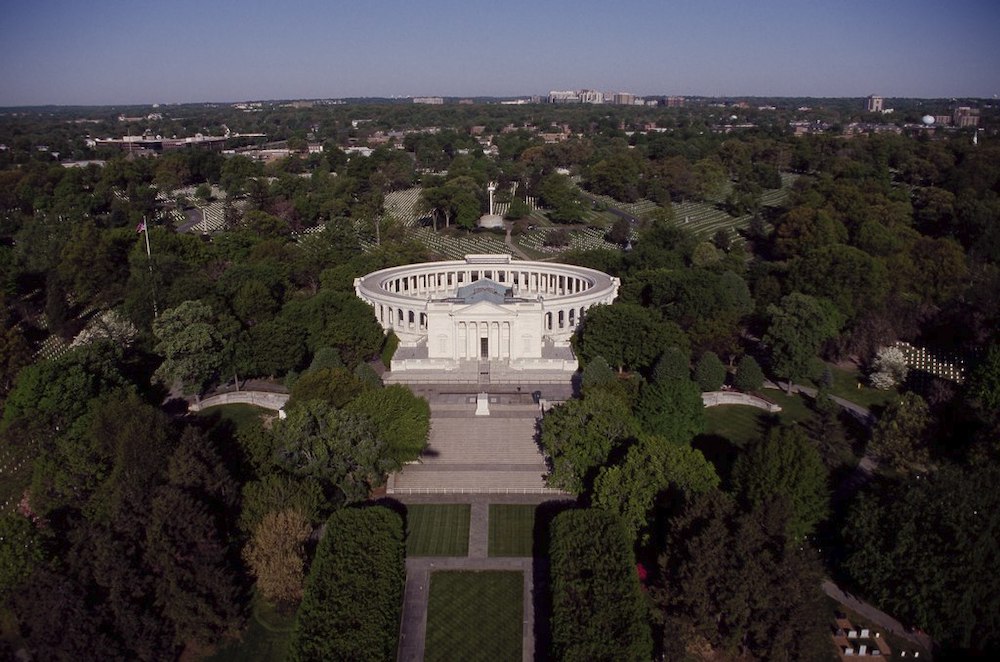 Here Martin describes the process by which Sergeant Younger used the bouquet of white roses to select the casket:

On October 22, 1921, four unknown servicemen were exhumed from four World War I American battlefield cemeteries in France and taken the following day to the city hall in Chalons-en-Champagne, France where they were draped with American flags. U.S. Army Sergeant Edward F. Younger, who had been selected as one of the pallbearers, was handed a bouquet of white roses and ordered: ‘You will take these flowers, proceed to the chapel, and place the bouquet on one of the four caskets resting there. The one you select will be the Unknown Soldier.’

After kneeling in prayer, Sergeant Younger stood and circled the caskets three times, touching each casket. He then saluted and placed the flowers on the second casket to his right. The roses remained on the coffin throughout the journey home and were buried with the unknown soldier at Arlington National Cemetery along with some soil taken from France. 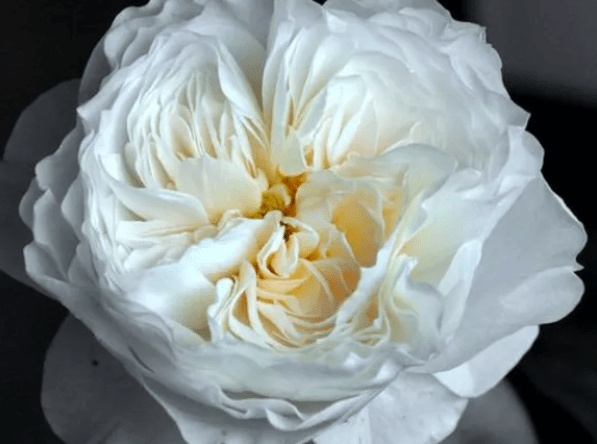 In preparation for the 100th anniversary of the Tomb of the Unknown Soldier, which will be celebrated on November 21, 2021, and at the request of the Historian of the Society of the Honor Guard, Martin undertook the challenge of identifying the white roses used by Sergeant Younger in the selection of the American Unknown Soldier.

Recommended: The Origin and Meanings of Your Favorite Flowers

Martin conducted research, including consulting this historical account, to help him hone in on the variety of rose likely used in Sergeant Younger’s bouquet and his conclusion is fascinating:

From that account, the record tells us that the roses were cut from a French garden, perhaps locally, prior to October 24, 1921. That tells me the rose must have been introduced in commerce, most likely in France, some time prior to 1921. The time of year also indicates [that] the rose was a repeat-flowering variety that would have been blooming in the fall, as opposed to a once-flowering rose that blooms only in the spring.

A photo of Sergeant Younger “re-creating” his selection on May 30, 1930 has a close-up of white roses of distinctive tea form, also popular among florist roses at the time. That however is a “re-creation” that took place nine years later in Washington, D.C. so it is unlikely that the same variety of rose was used in the re-creation.

The type of rose, however, is likely to have been the same. The indistinct photos of the actual bouquet on the casket in 1921 also suggest that the rose was a tea rose. Tea roses are also typically repeat blooming, which suggests that they could have been in bloom in France in late October 1921.

However because of the time of year, it is most likely the roses were blooming in a greenhouse. 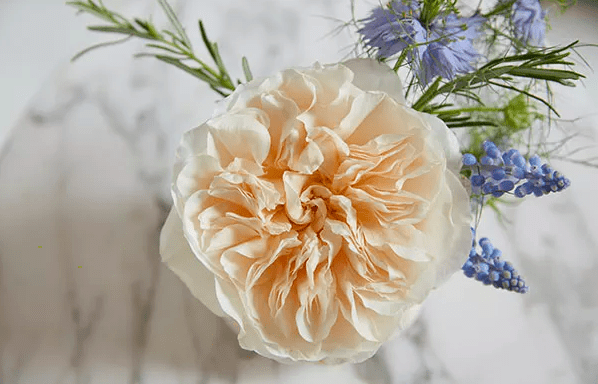 Tea-formed roses were then, and indeed now are, the primary type of rose used by florists and recognized by the public as “roses.” They also typically come with long stems which admit to arrangement in a bouquet such as the one used in the selection.

With that information, Martin studied the likely candidates of white tea roses popular in France around 1921 with the help of the website HelpMeFind. After turning up several candidates, he zeroed in on ‘Niphetos,’ a white tea rose hybridized in 1841 by the French breeder Bougere:

‘Niphetos’ is variously translated from the Greek as “snowing” or “falling snow.” The rose is also sometimes referred to as “The Wedding Rose” or “The Bridal Rose” because of its use at weddings.

Contemporaneous accounts described it as: “Large, full, tulip-like form, pure white, buds long…a delightful rose.” Others said, “No white Tea can beat it for purity in color.” The French Journal des Roses summed up the description thus: “Represents among roses, a perfect distinction, a supreme elegance, finesse and finally nobility.”

While we are surprised and heartened to learn of the mystical role that white roses played in this momentous historical event, we can’t think of better qualities than ‘supreme elegance,’ ‘finesse,’ and ‘nobility’ in commemorating those lost while serving our country. Happy Memorial Day.

Check out the newsletter of the American Rose Society to read the story in full.