Bring Happiness With a Bouquet of Flowers

When people are asked to define “happiness,” they often come up with ideas like “joy,” a “sense of well-being,” “contentment,” and “being loved.” It is impossible to feel any of those things when a person is stressed, exemplified by anxiety, irritability, compulsive behavior, depression and difficulty concentrating. And yet stress is a growing problem in American lives.

According to the Wakefield Research, 68 percent of people feel stress on a weekly basis, and 32 percent are stressed every day. In 2018 and American Society of Florists asked Wakefield to take a look at stress in the American population. The study was called “The Impact of Flowers on Perceived Stress Among Women.”

Women, in particular, are affected, because 1 in 4 reported experiencing stress several times a day. Why? Partially because women take on so many duties: between family, church and charities, baking cookies, running special events, making costumes, being nurse, cook and bottle washer, family psychologist and counselor, gardener and financial consultant as well as, usually, holding at least one outside job. With so many sources of stress, most women wake up needing that first cup of coffee, and then fretting before they go to sleep that they had not done enough. Perhaps a little Ambien will help. 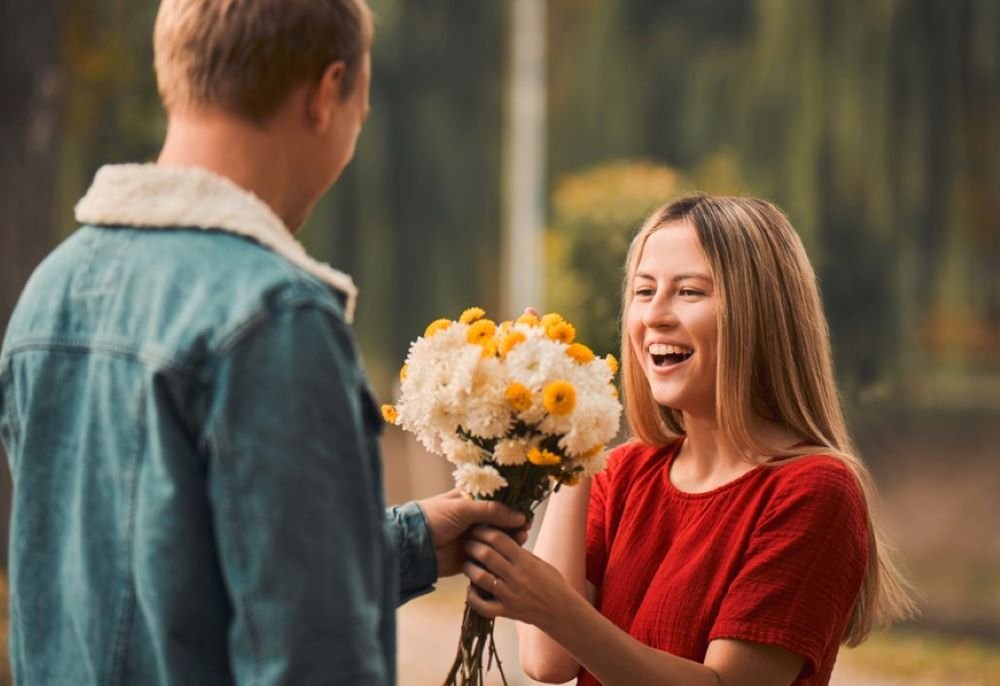 How much better, instead of drugs, to add flowers?

“There is a growing body of research that illustrates how environmental design positively impacts health. Now it is both intuitive and scientifically known that adding elements of nature, like flowers, to interiors promotes well-being,” said lead researcher Erin Largo-Wight, Ph.D., Associate Professor of University of North Florida’s Department of Public Health.

The average reduction in stress among the women who received and lived with flowers was -5.5 points on the Perceived Stress Questionnaire, a strong statistical significance in a decrease in stress.

Flowers are a unique gift with the proven potential to reduce stress among women — likely because flowers provide the opportunity for nature contact, an established health-promoting environmental exposure. In addition, participants who received flowers overwhelmingly reported that flowers improved their mood. 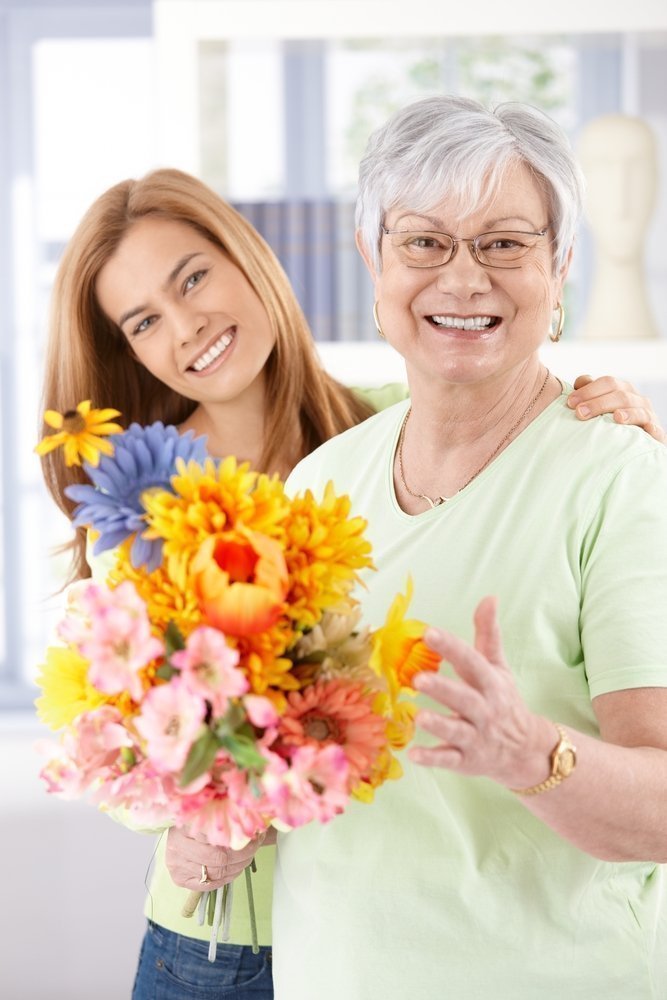 Senior women – those over 65 – have fewer stresses in their lives, and report more satisfaction and better mental health. But they, in turn, often suffer from loneliness. As they retire from work, and lose touch with friends and family members, with perhaps some friends moving away or becoming ill. Senior women eventually begin to deal with their own inevitable health issues, so older women and men can use some cheering up as well. As long as you remember that older eyes have a hard time seeing certain colors, this might be the time to bring flowers to a neighbor or friend, or to send flowers to someone who was important to you when you were growing up.

“Our findings are important from a public health perspective because adding flowers to reduce stress does not require tremendous effort to generate a meaningful effect,” said Largo-Wight. “When life seems to be in a constant state of frenzy, flowers can provide us with a much-needed moment of calm.” A video on the American Society of Florists web site offers more information.

But wait, if adults complain of stress, often from dealing with their children, it should be known that in a 2018 American Psychological Association survey, teens reported higher levels of anxiety and depression than adults. This is not a new finding. It has been true for years.

It can be seen in the number of high school programs set up to deal with students who have been diagnosed with depression, who, if they are in public schools, may be sent to a residential school at a cost of $50,000 to $80,000 a year, with their parents’ permission, for their own safety. (And that of the school.) 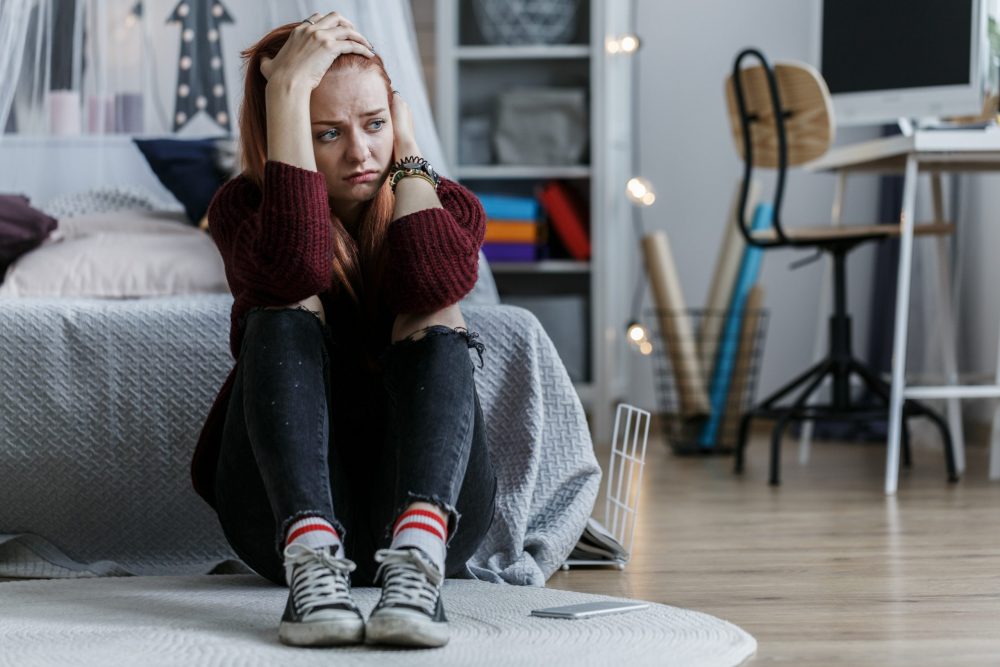 What are teenagers anxious about? Gun violence, global warming, the environment, the government, and the rise in suicide rates top their lists. And there is a category that is so common schools have an acronym for it: ACE (adverse childhood experiences). At a less severe level there are students who are phobic about attending school, who have trouble adjusting to school life, who feel bullied, who are chronically absent, who are homeless, who have substance abuse problems, whose parents are undergoing legal problems and so on. 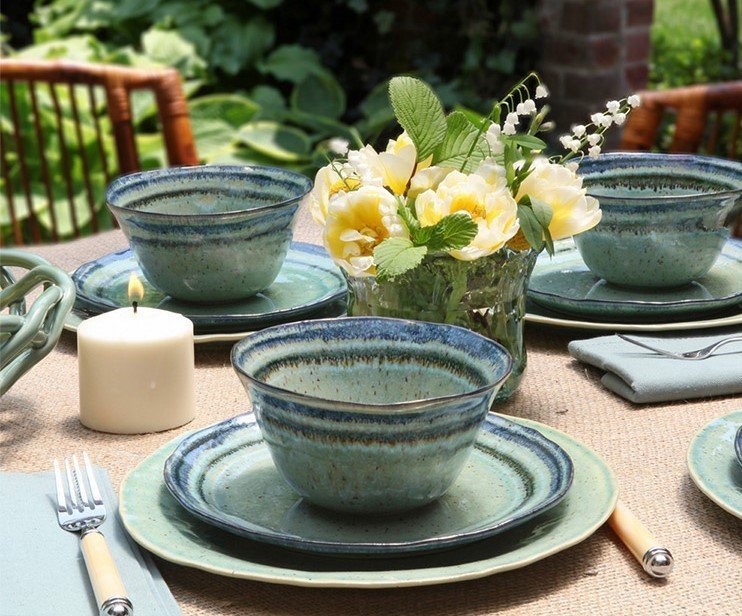 Perhaps you could start a parents’ fund to buy flowers for the school counselor’s office. Meanwhile, it is ridiculous to say that putting some flowers on the breakfast table will change their lives. But perhaps that can be a signal the family to remember that these tall, surly kids, who curl their lips and roll their eyes at everything, can be hurt by the mildest criticism or even a look.

A few flowers on the table every day can be a reminder to everyone that nature is beautiful, and that we are here for a very short time.

Maybe we don’t need to talk to each other, like people do in those movies. But we can at least sit down together at suppertime and stare at the flowers. Then we can pass the potatoes. Once in a while we can give a fond pat to a teen shoulder as we pass. (Ignore the flinch; it’s a reflex.)

With luck, this period will end. If not, you will at least have developed the habit of having fresh flowers on the table, and they will make you feel better. – Linda Lee

Linda Lee is a former editor at The New York Times. She was the deputy editor of the House & Home section, where she edited the garden column, among other duties. She also wrote frequently for the New York Times Sunday Styles section.