The Significance of Flowers as a Tribute to the Deceased 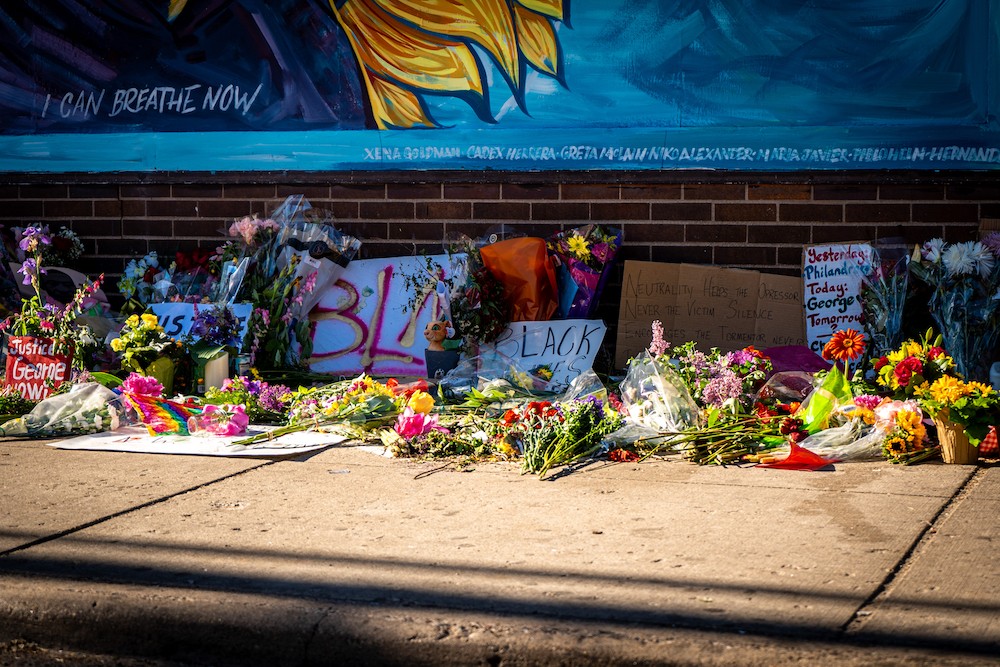 At our rawest moments, those times when words cannot express the depth of emotions, flowers can.

They comfort and offer hope.

So here we are again, facing the aftermath of racial inequality. People find strength and community, in Minnesota and cities nationwide, by laying fields of flowers on streets.

This symbolic act is actually an ancient ritual, this need to pluck flowers from the earth and hold them close.

Flowers silently assure us that beauty and solace exist despite loss or injustice. They are the weapons of choice to disarm violence. They add a peaceful voice to anguish; their beauty is a symbol of hope.

We see it as George Floyd’s brother lays down flowers as a peace offering and plea for change.

We see it as veterans honor their dead with poppies—the flowers that grew after Napoleon razed Europe, thus becoming a symbol of rebirth.

We see it as strangers connect through flowers, be it at Sandy Hook or the unexpected death of Princess Diana, the civilian and the celebrity. These gestures can unite a town, a nation or the world.

As humans, we’ve been seeking comfort from flowers for thousands of years.

We know this because in 1951, Dr. Ralph Solecki discovered burial sites in Northern Iraq that had flower fragments from multiple types of wildflowers from 62,000 B.C..

This revelatory finding, confirmed by French paleobotanist Arlette Leroi-Gourhan, proved the Neanderthal culture wasn’t as barbaric as once thought.

And all it took to uproot centuries of misconceptions was a flower.

Now 62,000 B.C. is the official date in the Guinness Book of World Records that marks the world’s oldest ritual.

Just pause and think about that fact for a moment. Someone 62,000 years ago was climbing hills and roaming fields to collect flowers to pay their respects at a funeral. And here in 2020, people are placing flowers from stores and kiosks for the same reason.

Sure, before embalming practices, fragrant flowers put over a decaying body quelled the stench and allowed people to pay their final respects.

But the ritual continues today.

It could be because the life-affirming loveliness and bright diverse colors of flowers are a contrast to the somber occasions and locations of loss.

Yet we can’t ignore a truth.

Built into a flower’s biological structure seems to be the ability to express feelings of grief and gladness, sympathy and joy, hope and courage.

What’s also fascinating is that comfort happens between the giver and the receiver.

Dr. Loretta Graziano Breuning, a professor emerita of management at California State University and the author of “Habits of a Happy Brain,” says that flowers stimulate social trust in group dynamics in many ways.

“They communicate the intention to invest effort in a relationship,” she says. “They also convey a respect for fragility. We feel the impermanence of flowers, and it reminds us that care is necessary to sustain life.” 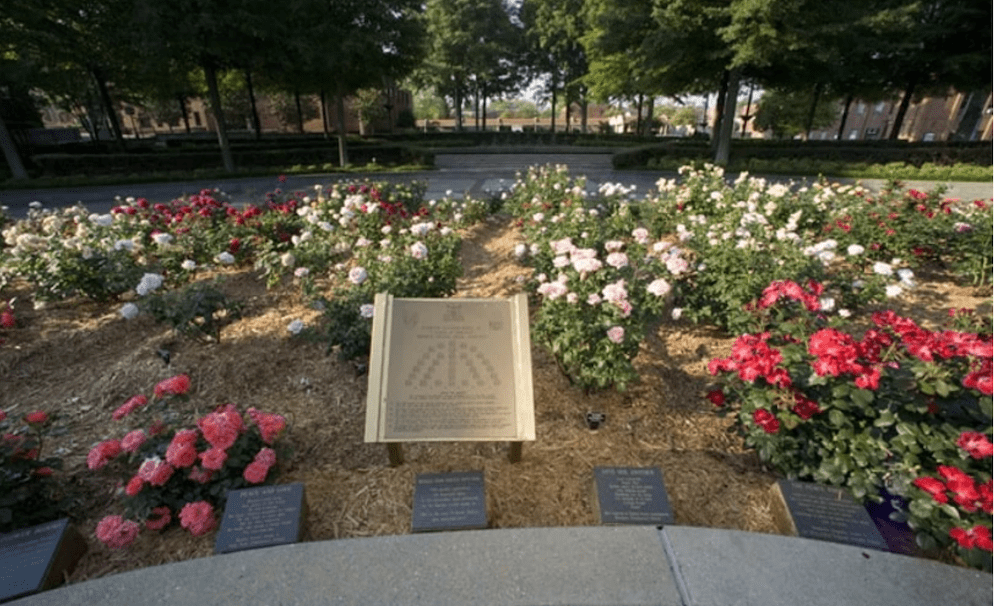 As memories of Martin Luther King Jr. and his desire for change through nonviolence are echoed in many conversations, we can look for inspiration to a rose garden planted in the civil-rights hero’s honor almost 30 years ago. The “Martin Luther King, Jr. ‘I Have a Dream’ World Peace Rose Garden in Atlanta has over 185 rose varieties. It also has a garden of programs to encourage young people to find a call to action through peace.

“God writes the Gospel not in the Bible alone,” he said, “but also on trees, and in the flowers and clouds and stars.”

This instinctive need to bring flowers to honor the dead and pay tribute is primal. But flowers also represent the future. Planting the seeds of possibility.

The rose is the flower of June. It is also our national flower. Perhaps at this moment of sadness and anger, we can unite in our gesture of respect and loss. And pray that out of tragedy and senseless violence, the seeds of reconciliation and understanding are firmly planted.