Beautiful wildflowers fed by persistent rains are painting Southern California’s deserts in a wave of color. This year’s so-called poppy super bloom is shaping up to be among the best ever. Six times the amount of rain has fallen in the desert regions compared to last year. The news has led to a kind of panic for people who want selfies, proof that they have been to the super bloom, what some are calling a once-in-a-lifetime experience.

The last super bloom of California poppies that anyone can remember was in the 1980s, so perhaps they are right. But a place only an hour from both Los Angeles and San Diego, Lake Elsinore, California, has suffered as a result. The city, with a population of 66,000, is located next to the beautiful nature preserve of Walker Canyon. The weekend of March 16-17, 150,000 poppy-seekers flooded into town. Some of them abandoned their cars on Highway 15, and simply walked to where they could take pictures of the poppies. Nothing could stop them. One car even clipped a local public worker trying to direct traffic. (He was not seriously injured and went back to work.) 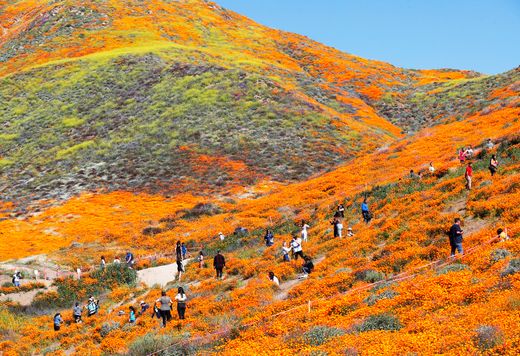 Lake Elsinore tried to shut down the poppy gawkers, then instituted a $10 fee for a shuttle to Walker Canyon, and warned visitors that there would be a two-and-a-half-hour wait. That cut down traffic the following weekend. The dozen state troopers helped keep things moving as well. As did the fact that the poppies are best seen early in the morning.

So far, there have been no serious selfie-stick injuries. No report of anyone being taken by ambulance to the Inland Valley Medical Center. A dog was bitten by a snake. Some people have slid down embankments and loosened rocks. No poppies have been killed, although many have been plucked (a lawyer could defend you on the grounds that Walker Canyon is not state land; it is a national Bureau of Land Management Ecological Reserve) and crushed under foot. The biggest problem seems to be taking a shot of the poppies without also taking a shot of the crowds. 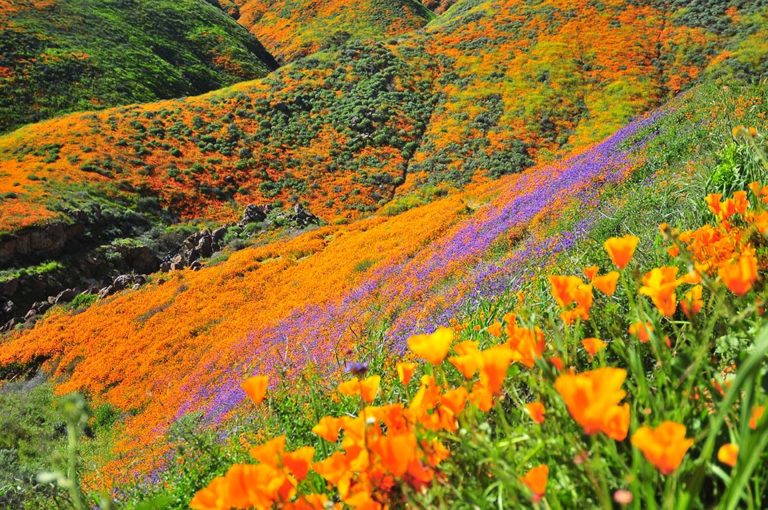 In coming weeks, people will begin heading toward other poppy super blooms, perhaps at the Antelope Valley California Poppy Reserve, which is also super blooming. Depending on elevation, rain and temperature, California poppies may super bloom until Mother’s Day.

Stephen Rawding drove out from Carlsbad, north of San Diego, to Borrego Springs, to take a picture of the multitude of wild flowers super blooming in the desert there. “It’s unreal,” Rawding said. “It’s just like they said — so beautiful.”

Just east of San Francisco, on Mount Diablo, a mountain that rises to nearly 4,000 feet, California poppies bloom along with globe lilies, bush lupines, blue skullcap and meadow rue well into May. North of San Francisco, poppies come on strong at North Table Mountain Reserve along with lupines and Sierra primrose through May. And wild poppies bloom alongside many of California’s highways. 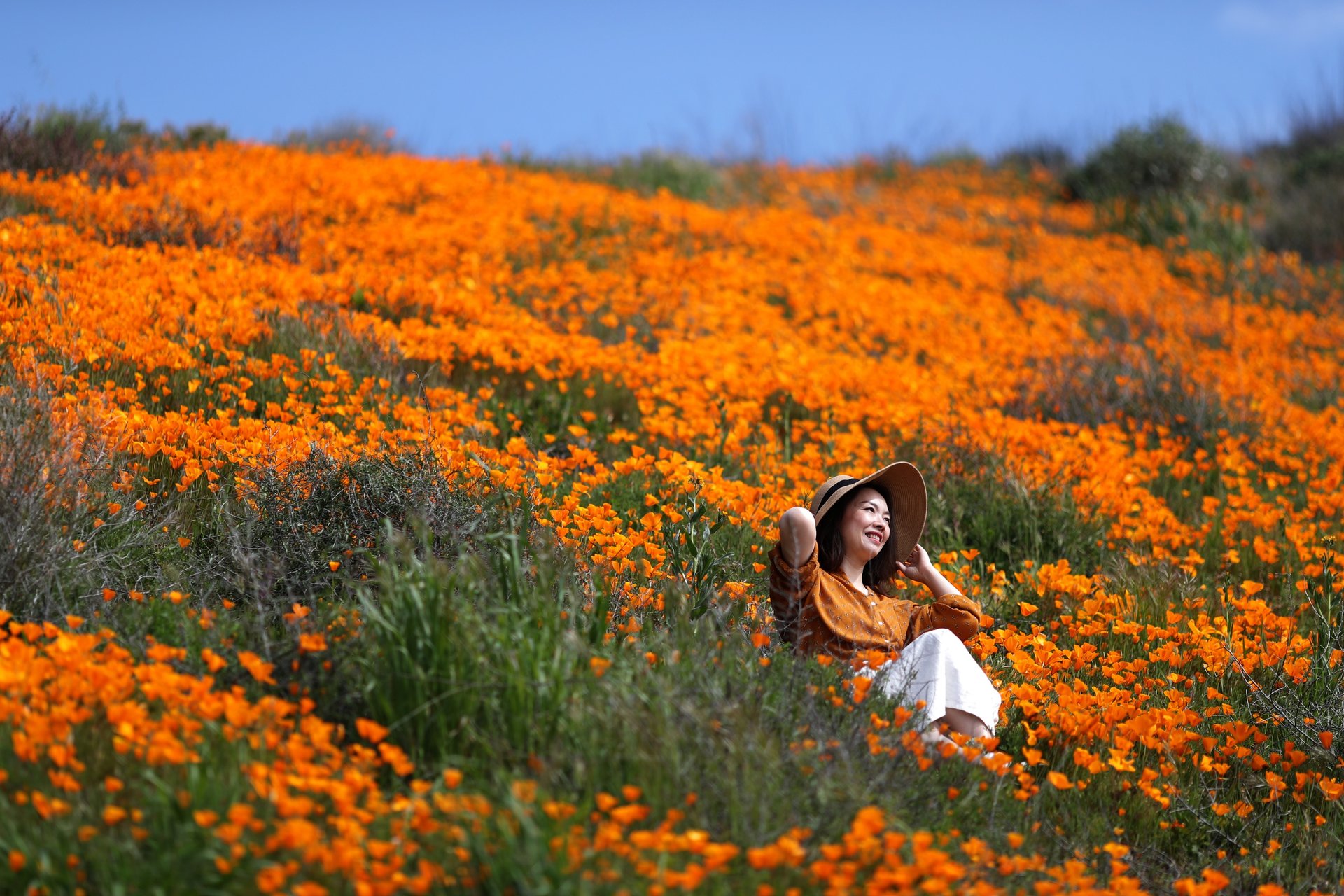 People, there is no need to rush. We hear the cacti are super blooming, too.

And if you’re looking for other floral events happening throughout the globe, be sure to check out guide to amazing seasonal events!