James Taylor: Sweet Blossom in Celebration of His Birthday 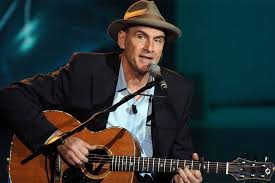 Who doesn’t love James Taylor? His voice soothes like clover honey. A few years ago I saw his concert with Carole King and it was one of my favorites of all time. Such talents. He is a five-time Grammy Award winner and was inducted into the Rock and Roll Hall of Fame in 2000. He not only is one of the best-selling music artists of all time but has sold over 100 million records worldwide.

Oddly enough, he achieved his first number-one album in the U.S. in 2015 with his recording of “Before This World.”

In his debut album in 1970 “Fire and Rain,” he recorded Carole King’s song, “You’ve Got a Friend.” Love that song. But it didn’t have a flower theme. So instead I chose “Blossom.” It’s pretty just like flowers and very sweet.

Including video here – one that George Hoff mixing flowers with the song that is just lovely.