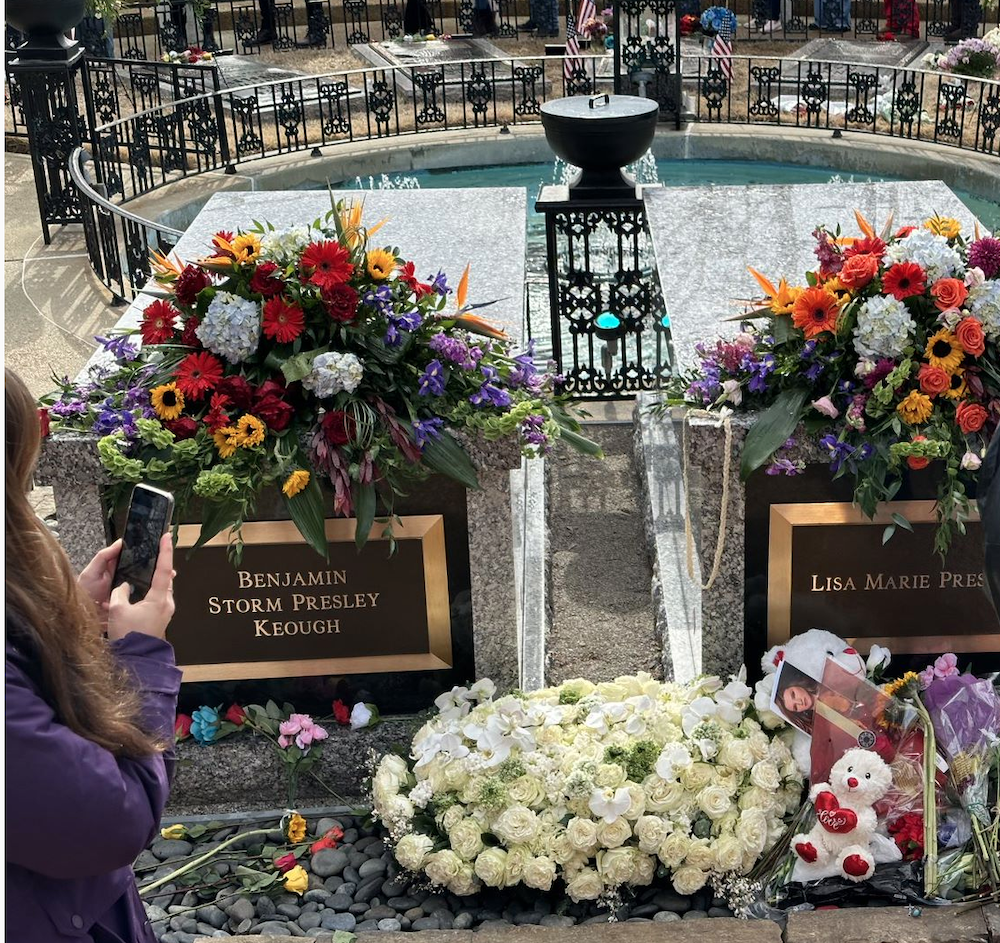 A sea of flowers were seen at the funeral for Lisa Marie Presley, the daughter of singer Elvis Presley, who was buried at Graceland. Presley died of a heart attack at the age of 54.

While fans and friends paid their respects with floral tributes, New York Post photographer William Farrington revealed to Jill Brooke of Flowerpowerdaily that the big lush white roses seen in between the graves of Lisa Marie Presley and her son Benjamin were a gift from Oprah Winfrey. In fact, says Farrington, “flowers were sent from around the world including fan clubs in Sweden, Scotland, Denmark, Norway, Finland and Japan.”

Also part of other floral displays included sunflowers which were the favorite flower of Lisa Marie Presley and Michael Jackson when they were married.

Lisa Marie had her daughter Riley and son Benjamin with her ex-husband Danny Keough, whom she was married to from 1988 to 1994. Riley Keough is now an actress. In 2008, she welcomed twin daughters Harper and Finley with then-husband Michael Lockwood, though the two divorced in 2016. 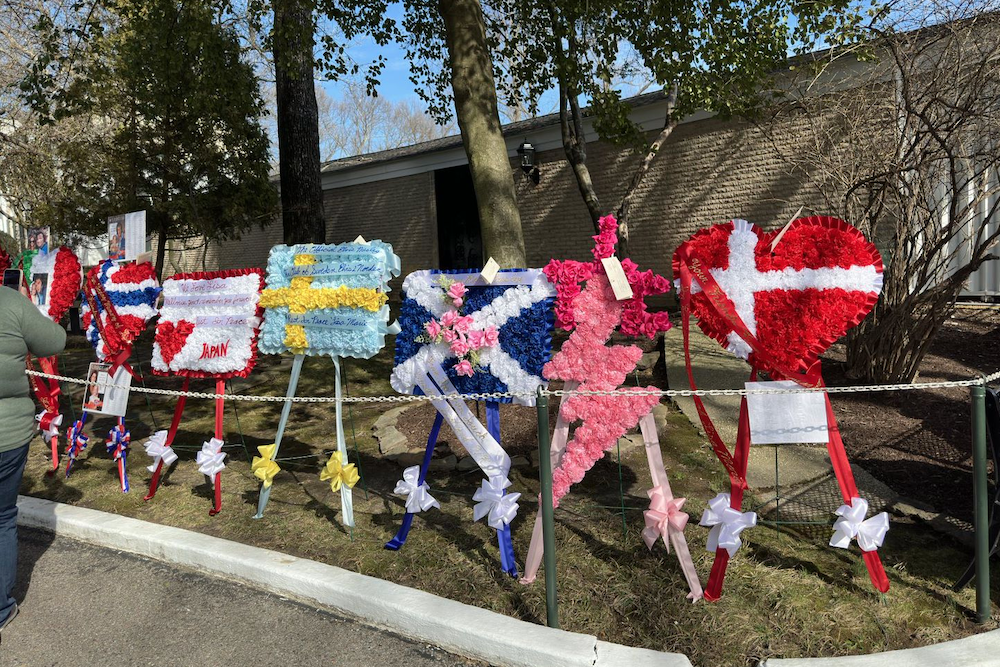 Included at the gathering Sunday morning in front of the Graceland estate in Memphis, Tennessee, were longtime friends including Sarah Ferguson, the Duchess of York and former Memphis Mayor A C Wharton.

Priscilla Presley also spoke at the funeral of her daughter. The mom of Lisa Marie also read a poem and remarks from her granddaughter Riley Keough. Lisa Marie is also survived by two daughters and is buried near her son Benjamin who died from suicide in 2020.

When her father Elvis Presley died in 1977 at the age of 45,  a record was set for the most flowers sold in the U.S. in a single day. Lisa Marie Presley was buried at Graceland where her father, grandparents and son Benjamin are also buried. 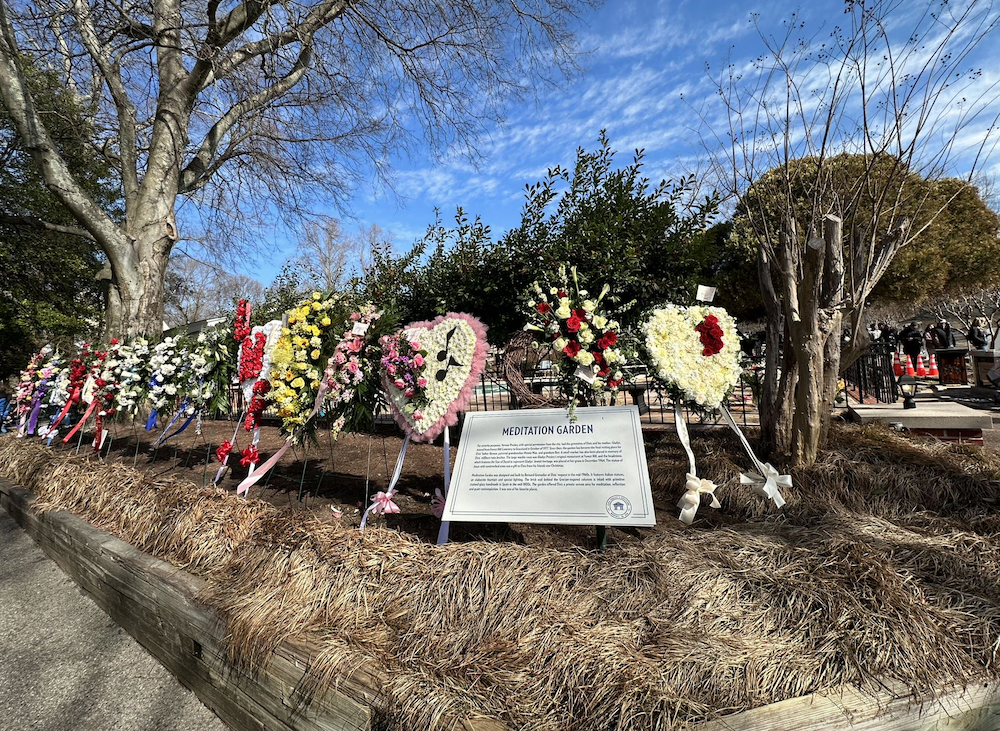