‘Murder Hornets’ Arrive in the U.S. Stoking Fear – But Help on Way

A two-inch insect known as the Asian giant hornet has been spotted in the United States. The enormous insect is feared for its potential to devastate bee populations.

The hornet, Vespa Mandarinia, has been described as having large yellow-orange heads with cartoonishly prominent eyes, and a black and yellow striped abdomen. In swarms, it can wipe out a honeybee hive in a matter of hours.

Though indigenous to Asia, the Asian giant hornet was first seen in the United States in early December, when the Washington State Department of Agriculture verified four sighting reports, according to The New York Times. They were also spotted in the fall in British Columbia. 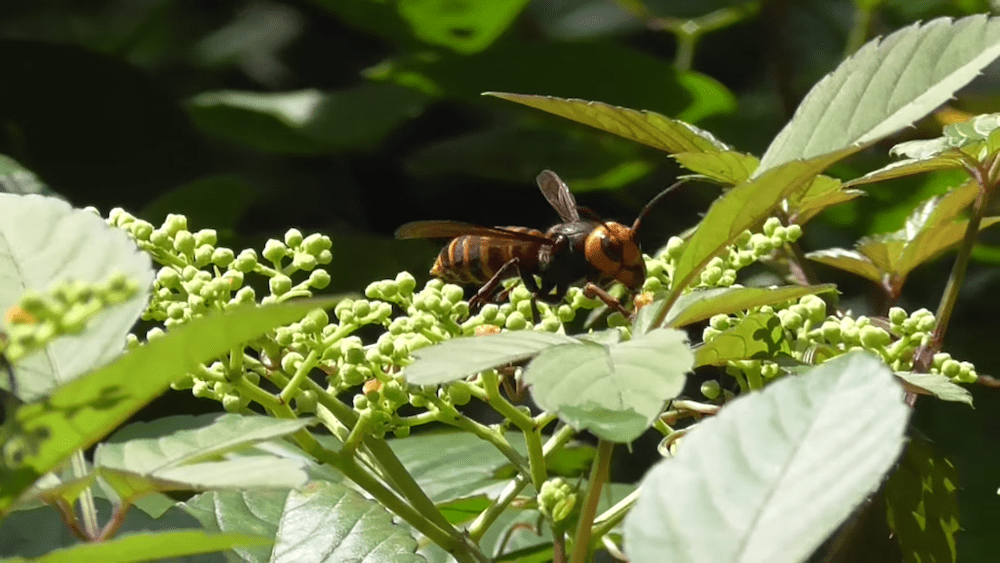 Nicknamed the “Murder hornet,” these insects stage aggressive group attacks that can expose victims to an amount of toxic venom equal to that delivered by a snake.”

According to the WSDA, the life cycle of these beasts starts in April. This is when the queen wakes up from hibernation and scouts out new locations to build underground nests and grow colonies. From the summer to late fall, the hornets become more active in terrorizing beehive populations.

During the summer, the insidious bugs should watch out because environmentalists and scientists are setting up traps. “This is our window to keep it from establishing,” Chris Looney, an entomologist at the WSDA ominously told The New York Times. “If we can’t do it in the next couple of years, it probably can’t be done.” 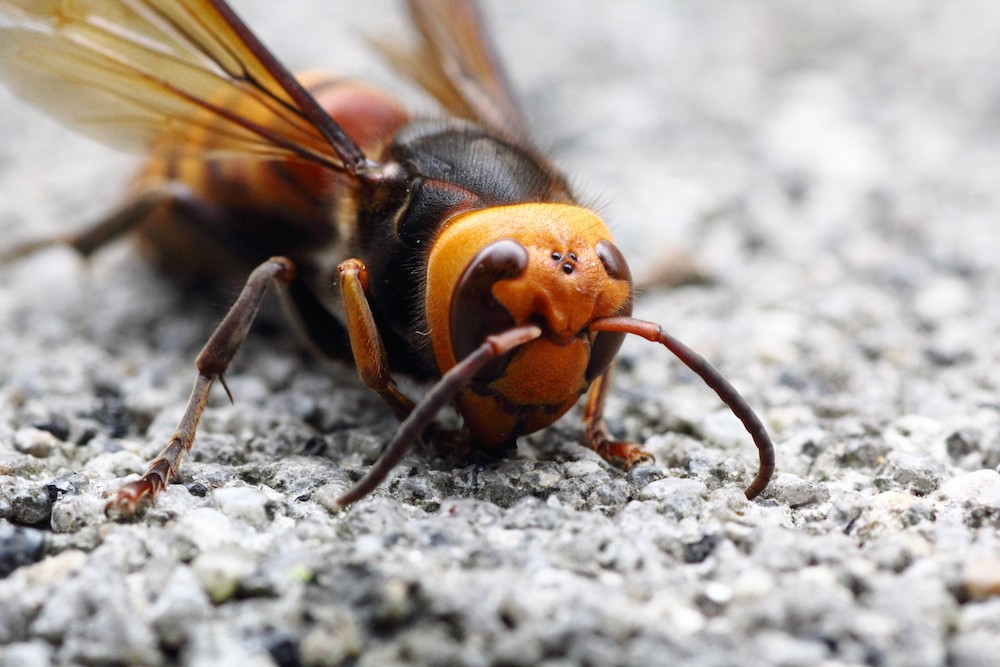 While they don’t tend to go after humans, their stings have been known to kill 30-50 people in Japan each year. According to Jun-ichi Takahashi, a researcher at Kyoto Sangyo University in Japan, they are as deadly as African Honeybees or “killer bees.” Takahashi told National Geographic, “Americans do not fully understand the aggressiveness and toxicity of this hornet.”

In a video from November 2018, Youtube sensation, Coyote Peterson, documented himself getting stung by a giant Asian hornet in Japan. The video shows the resulting “instant goose egg” that formed on his arm. Hopefully, the traps set by officials will contain the number of hornets in time for the summer.

We also believe in resourcefulness and solutions. In fact, a bee lover created this picture to ease the fear and raise the awareness that necessity is the mother of invention.

Report sightings of the Asian giant hornet to the Washington State Department of Agriculture Pest Program: 1-800-443-6684, pestprogram@agr.wa.gov, or online at agr.wa.gov/hornets.