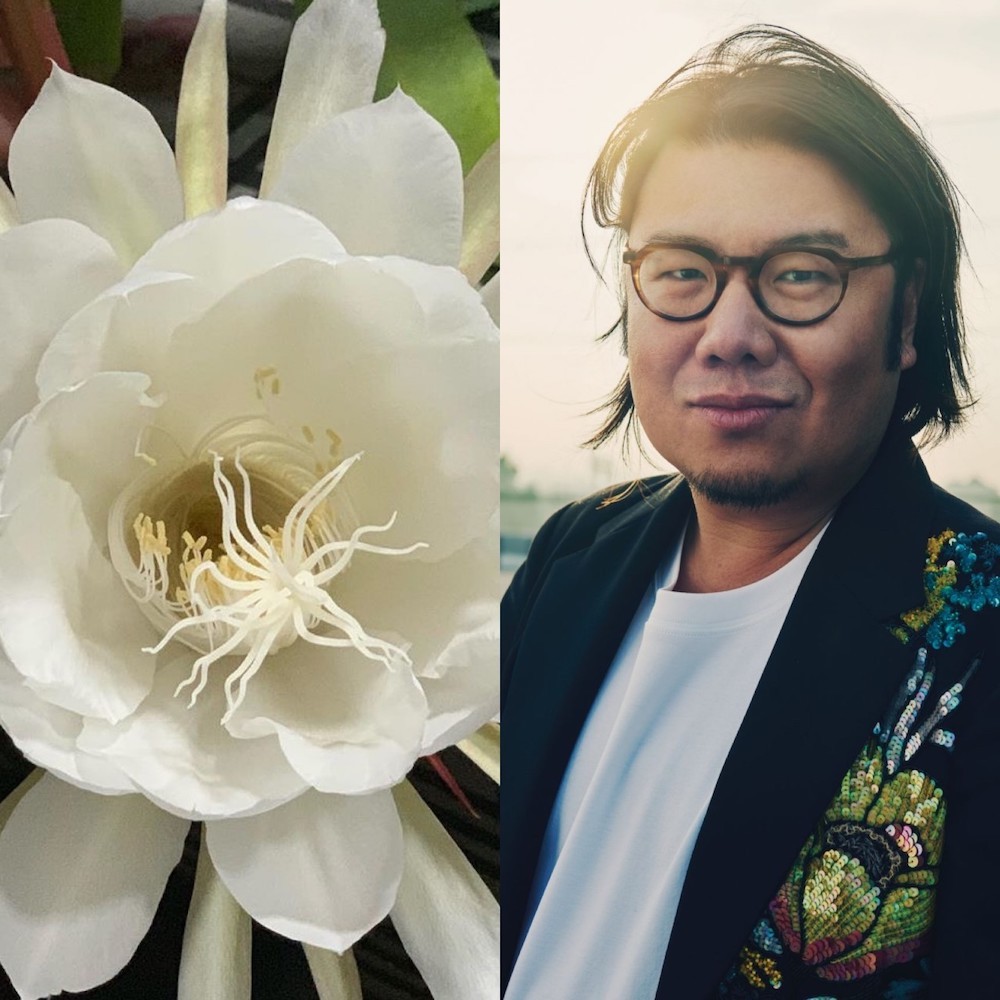 It was in Houston in 1998 that author Kevin Kwan first went to a party to celebrate the bloom known as tan hua, which blossoms once per year, always at night.

“My mom’s friend threw an elaborate tan hua party,” said Kwan. “We went over at 1 AM, and we all had dessert.”

It’s no wonder that such a scene would impress Kwan. In fact, it inspired the floral-centered festivity in the pivotal scene in his best-selling-novel-turned-blockbuster-film Crazy Rich Asians. In that film Nick Young brings his girlfriend Rachel Chu home to meet his family and his imperious grandmother invites guests over to the family hearth, Tyersall Park, to watch the petals of the tan huas unfurl “like a slow-motion movie to reveal a profusion of feathery white petals that kept expanding into an explosive sunburst pattern.”

In his latest novel, Sex and Vanity, a satirical love-letter to New York, the Hamptons, and Capri, flowers play no less a central role featuring in settings all throughout Capri, and culminating in the lavish wedding scene that caps the first half of the book. 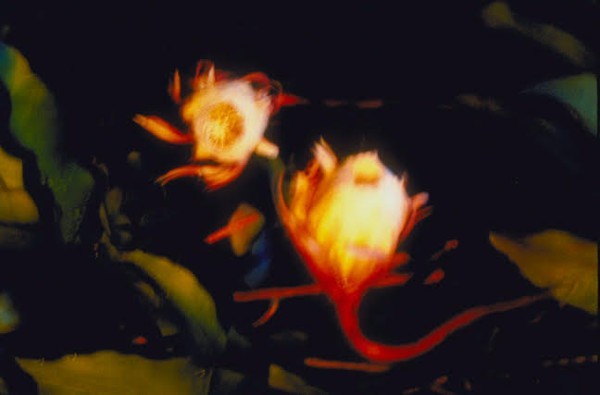 The book’s heroine Lucie Tang Churchill, whose heritage is half-WASP half-Chinese, has arrived in Capri for the wedding of her childhood bestie Isabel Chiu. There, she meets and falls for the hunk George Zao (though she later weds the millennial billionaire Cecil), who is staying at the same hotel, the Bertolucci with his mother Rosemary, a brash, colorful character who insists that Lucie take their room so that she’ll have one with an ocean vista. So begins Lucie’s journey of becoming in this 21st century take on E.M. Forster’s A Room With a View. And there couldn’t have been a better backdrop for her passage than the lush surroundings of the island.

“Capri itself is an island that is this floral paradise,” said Kwan. “Everywhere you walk there is hibiscus and bougainvillea, the smell of orange blossom. It’s a verdant garden that has been cultivated to be this way over the centuries.” He rattled off the names of historic trails he’s hiked on the island on his many visits. Capri, he said, can be “Surreal in its lushness.” “There are amazing parts of the island where there are wildflowers that just run rampant.” 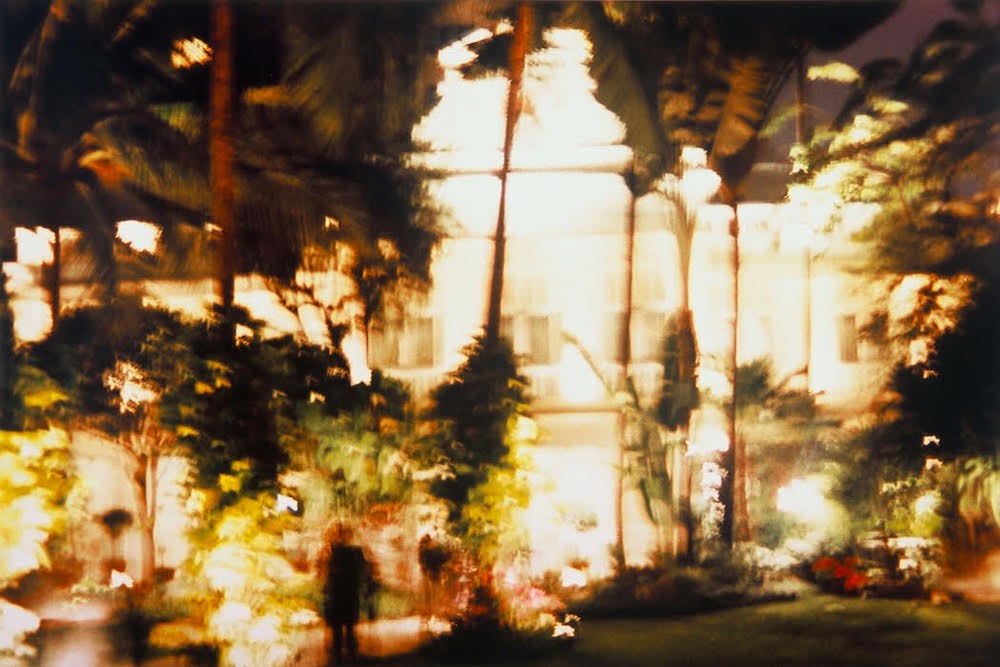 The wedding ceremony at the center of the novel is set at the Villa Lysis, a Neoclassical decadent retreat in the hills of Capri. “Today it looked as though God had sprinkled millions of seeds from the heavens onto the estate, as the villa appeared to be in full bloom,” Kwan writes in the book. “Flowers burst from the ground to the rooftop, from every corner and crevice; boughs of white and pink delphiniums draped over the grand portico, while camellias and stephanotis wound up each column and millions of rose petals blanketed the terrace in front of the house, creating an ombré pattern so that the petals gradually intensified from white to blush to the most intense magenta in the middle, where they formed the shape of a blooming lotus flower.”

After the wedding, at the after-party at the ancient Villa Jovis, Lucie, who is “bred like a hothouse flower,” according to Kwan, and has been “educated and schooled and groomed to perfection,” has a passionate encounter with George. It’s partly this experience through which she was able to undergo a momentous inner transformation. 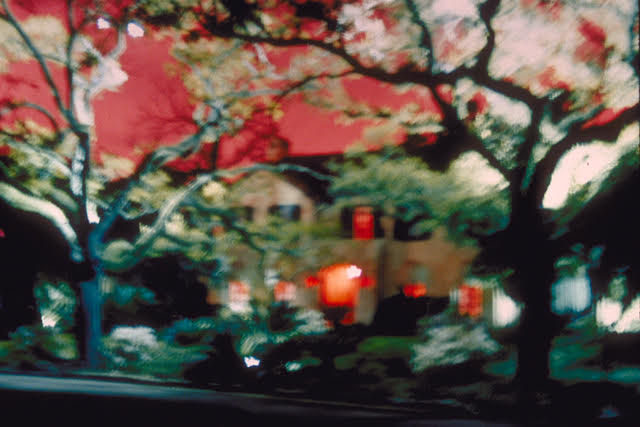 “The bigger metaphor,” says Kwan, “is, this is the island where Lucie kind of experiences a blossoming. She’s suddenly sensually charged. She’s also blooming like the flowers around her.” The mandala pattern of the roses is a nod to Eastern religions, in which Kwan has long held an interest.

What inspired Kwan’s love of florals? “Flowers have always been present in my life,” said Kwan. “My grandmother cultivated orchids—she had an amazing orchid garden. As a kid, you take it all for granted. As an adult, I can look back. We had this amazing coral rockery—It’s almost like a feature wall that these amazing plants would grow in and out of.”

And the love of flowers wended their way into family outings. “Of course, for Chinese New Year, and other big occasions, I remember going with my dad or various family members, we’d all go to the nurseries and they’d pick out all these amazing new flowers and plants. The house would be this profusion of amazing flowers.” 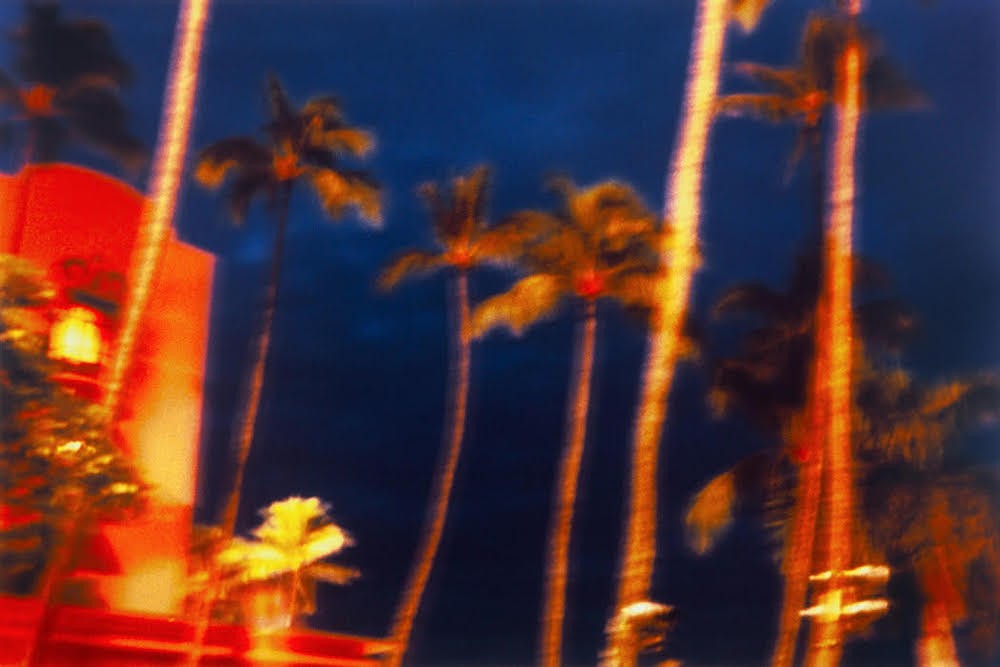 But that all stopped when the family moved to Houston, Texas from Singapore when Kwan was 11. As an immigrant family moving to a new country, he said, his parents were just overwhelmed. “There were so many other things to worry about.”

In his own life now, he delights in surrounding himself with flowers. In LA, where he lives, he frequents the floral market Flowers Wholesale in West Hollywood. “The more exotic it looks,” he said, “the more I want it.”

What many may not know is that Kwan has been quietly pursuing a career as a photographer and master color printer since 1995 with his work collected in museums and private institutions. In his series Night Gardens, Kwan traveled the world taking pictures of gardens from Bangkok and Hawaii to the Houston neighborhood River Oaks all under the cover of night.

“I liked the weird color shifts,” said Kwan noting that these were taken in the pre-digital era and printed himself. “I was literally printing till my hands were raw.”

There is an image of the old Oriental Hotel in Bangkok that captures its ghostly majesty. And, as though a message from his future self communicating something of the grandeur of his life to come, an image of a tan hua blooming at night.

“They’re in motion,” Kwan said excitedly. “You can literally see them opening in motion. They almost look aquatic.”