If a Rose Is a Rose Then Is a Clay Pot Just A Clay Pot? 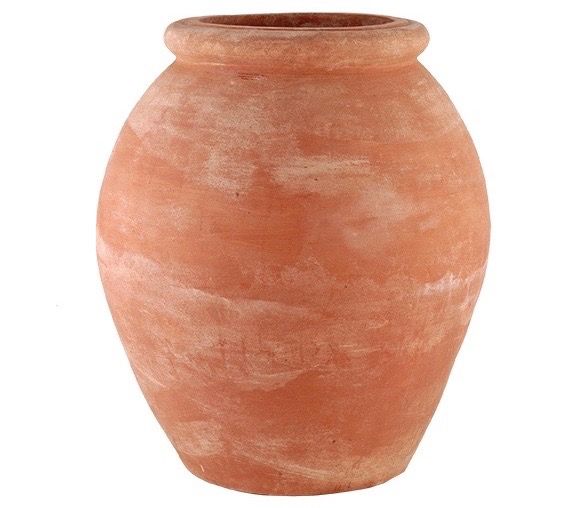 A rose is a rose, Gertrude Stein said.

Yes, one is hand rolled. And made of something called Impruneta clay. But, lah-di-dah. If you are using it for one season for a $4.98 red geranium, so what?

On the other hand, Seibert & Rice pots are frost-proof, and they aren’t kidding. They don’t mean a little light frost. They mean -15 degrees Fahrenheit. Some come with putti, poetry inscribed, or are designed by Bunny Williams. These are the kind of pots that hold Important Flowers, specimens you brought back from a trip, like the rare Nebel’s Rainbow plumeria from Hawaii. That plumeria deserves something really good, you know?

Seibert & Rice pots stand at the Metropolitan Museum, the New York Botanical Garden and Longwood Garden.  A Miami friend, Joann Biondi, says that if you tap the rim of a cheap pot, you hear a flat thud. Tap the rim of a good Italian terra cotta pot and it rings like a bell.

Other companies like Eye of the Day, which imports Terrecotte San Rocco terra cotta, say that Impruneta’s clay is the same as the clay as the rest of Tuscany: galestro. San Rocco uses it, and their hand-made pots are also frost proof (and a little less expensive). Same artistry, same firing, same sturdy walls that protect the roots. 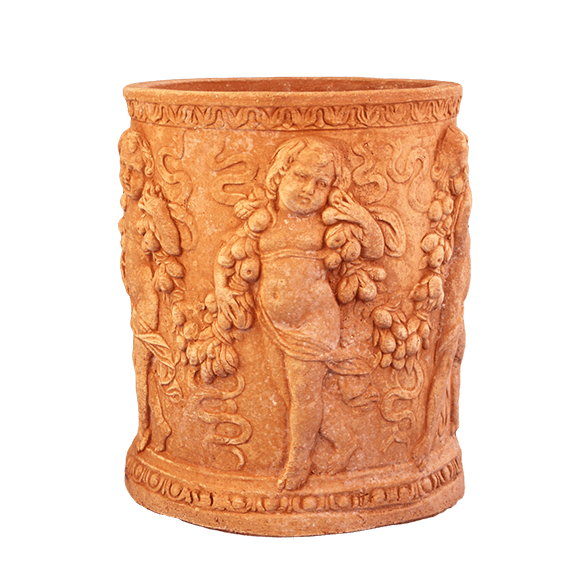 We know that terra cotta is kind to plants (and plastic is not). Terra cotta keeps roots cool in the summer and holds in  moisture. Never expect a plant sitting in the hot sun in a plastic container to make it. But a clay pot from Mexico, where most are made, will probably crack if left outside overwinter filled with soil and exposed to rain and snow. It’s a one-season pot.

When I moved to my new apartment in a Greek Revival house in Upstate New York last spring, the first thing I noticed by the front door was a huge terra cotta pot. Oh boy, I thought. That was going to be perfect for tuberous begonias. Within a few weeks, long before I could plant it, in a town – and I won’t tell you which one – where we don’t lock our cars or our front doors, it was stolen, right off my front porch. So it must have been a good one.

Why am I telling you about Seibert’s pots now, when it’s barely turning spring? Because there are waiting lists for two of the cutest ones, the 9-inch tall pot beautifully decorated with putti ($150) and Robert Dash’s hymn to Madoo, on a tall pot with small handles that look like ears, and inscribed with runic words $460. 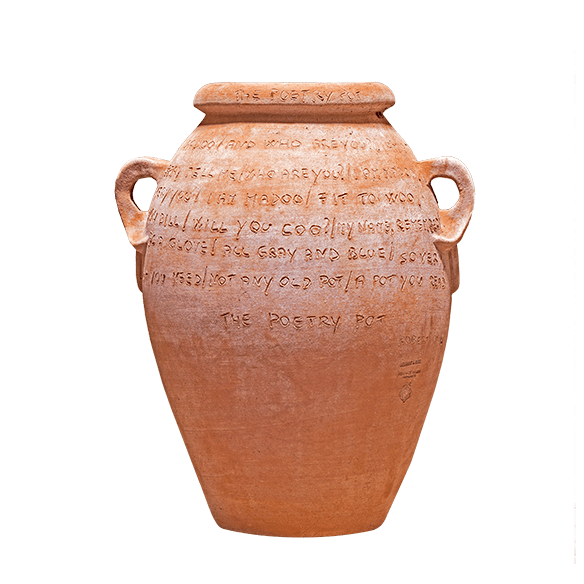 Seibert & Rice’s terra cotta pots are like Patek Philippe watches. You never actually own one of these pots, you just take care of it for the next generation. Since the larger olive jars cost $5,000 and up, and look good in pairs, that’s good. It’s part of your estate. Keep them behind locked gates.