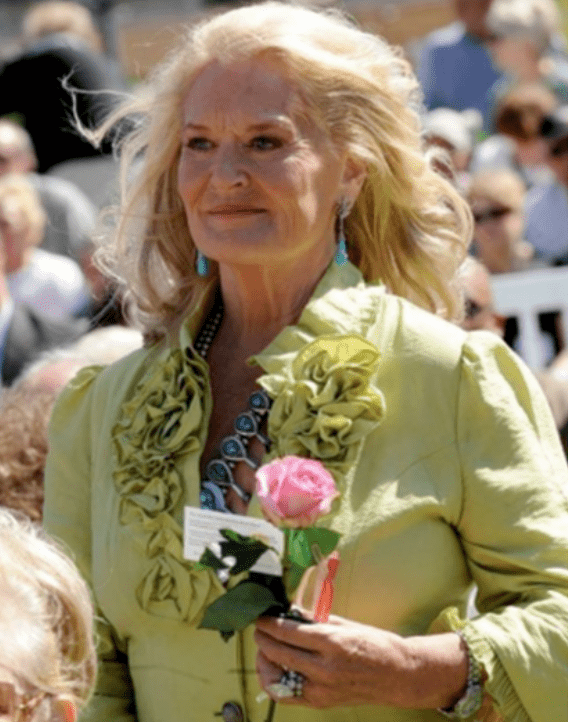 It’s the 50th anniversary of Lynn Anderson’s iconic song, “I Never Promised You A Rose Garden,” the worldwide hit that expanded country music’s influence and raised the profile of female singers.

As Anderson explains, the song “touched on emotions. It was out just as we came out of the Vietnam years and a lot of people were trying to recover.”

The song’s optimistic message of acceptance and moving on is still one of the most popular songs in music. It hit No. 1 on the country charts and No. 3 on the pop charts – which hadn’t happened before.

And of course, it is the go-to song at garden clubs and any rose celebration at outdoor events.

In 1995, Anderson’s fame inspired a special rose developed in her honor. Not since Aphrodite named the flower after her beloved son Eros has anyone been so associated with the rose.

Anderson ranks among the top-10 most successful female country artists for all-time record sales as well as one of the most popular personalities. She performed for the Queen of England and for four American presidents including a special invite to a Ronald Reagan birthday celebration at the White House. Yes, right near the White House’s Rose Garden.

With its release, the Lynn Anderson rose was an immediate hit.

“I remember mom was so honored and she was choosing between five different flowers,” recalls Anderson’s daughter Lisa Sutton, who manages her mother’s legacy and memorabilia. 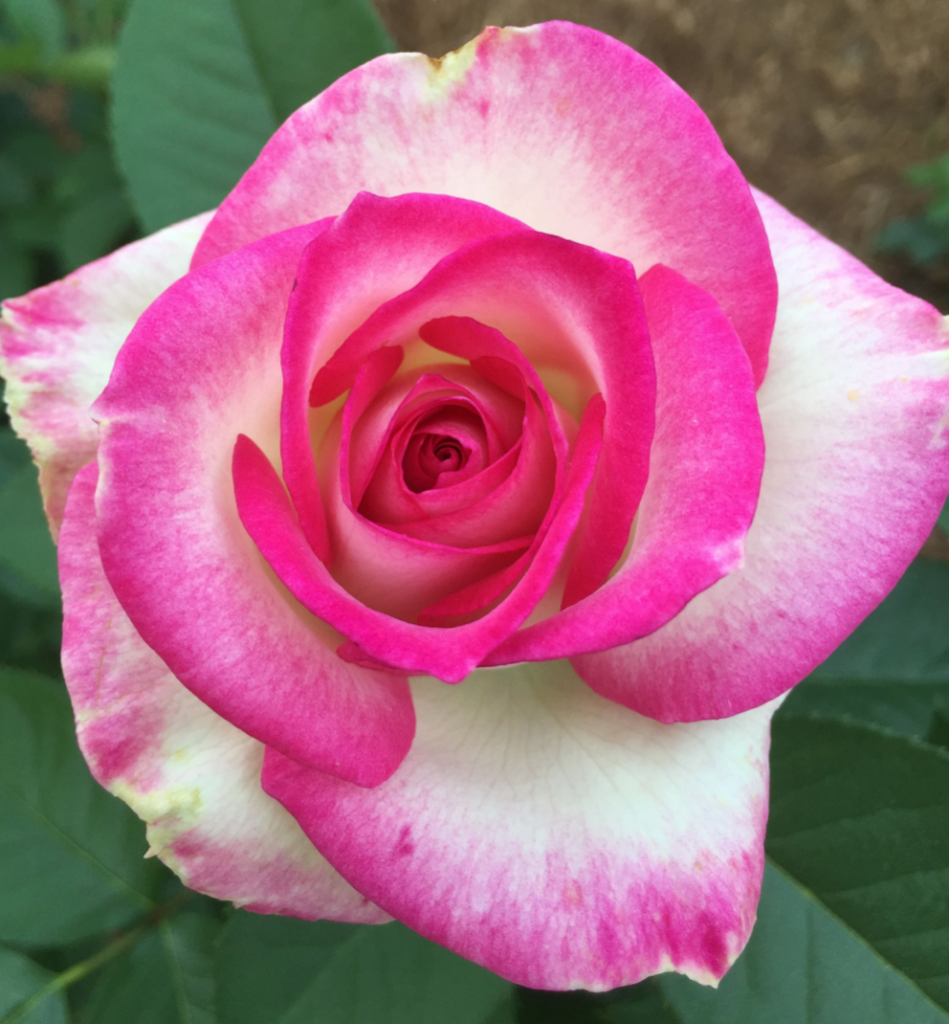 The chosen rose was creamy white with lively fuchsia pink accents that glistened like the rhinestones Anderson also loved.

It was also ushered in by the biggest hitmakers in the floral industry.

The architects of the Lynn Anderson rose were the Weeks wholesale rose growers – and hybridizer Joseph Winchel. They are to the rose biz what Blake Shelton and  John Legend are to show biz.

“Winchel already had a number of outstanding roses to his credit, including ‘Dolly Parton’, ‘Louise Estes’, ‘Ain’t She Sweet’ and ‘Flaming Beauty’, so rosarians were eager to try the new rose that was named for the superstar, Lynn Anderson from such an illustrious breeder,” recalls Marilyn Wellan, the former president of the American Rose Society and coordinator of the Great Garden Restoration Project. “The rose, was an instant hit across the country for exhibition, garden, and cut flowers.”

In fact, this rose had been in the making for a while before its debut – and almost had a different name.

“The first name assigned to the rose was ‘Oh My God’, so named because of the stunning beauty of the bloom—light pink, with darker pink edges of the petals,” adds Wellan. “It was a large, showy bloom with a high-pointed center, a characteristic that is highly sought by rose exhibitors.”

Wisely, it got attached to Lynn Anderson and history was made.

It was her daughter’s way of promising her mom a rose garden since the singer, whose other hits include “Big Girls Don’t Cry” and “Promises, Promises,” was buried there.

Sutton, who inherited her mom’s spirited and likable personality, called Weeks and convinced him to propagate the rose in limited edition for the garden – as well as for a shortlist of friends, family and lucky rose lovers and fans. 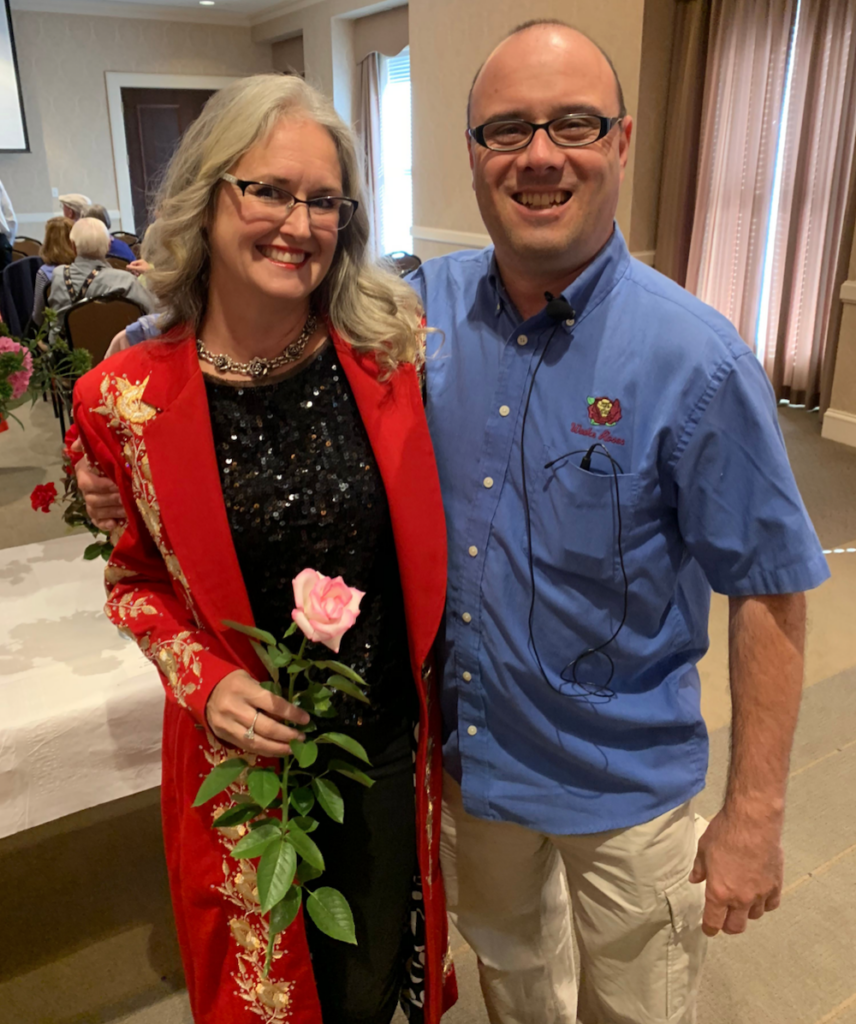 The Lynn Anderson Rose Garden was dedicated on June 15, 2018, at her final resting place at Woodlawn-Roesch-Patton Memorial Park. Fittingly, there are 114 hybrid tea roses surrounding her.

With the 50th anniversary of the hit song around the corner, Sutton also got a small bunch of roses to be propagated once again for this major milestone.

One of the gifted Lynn Anderson roses now lives at America’s Rose Garden, home of the American Rose Society, at Shreveport, Louisiana as well as music mogul Clive Davis’  home in Bedford, New York  and even Reba McIntryre in Nashville. I am also one of the lucky recipients.

Sutton is happy that the Nashville rose garden continues to draw visitors and her mother’s legacy continues.

“I was born the day the song got released,” says Sutton.

Her role in tending to her family garden and legacy is indeed part of her destiny.

As part of the 50th-anniversary celebrations, a special pink vinyl edition of “I Never Promised You a Rose Garden” is also being released.

It is a song, like the rose itself, that never goes out of style. 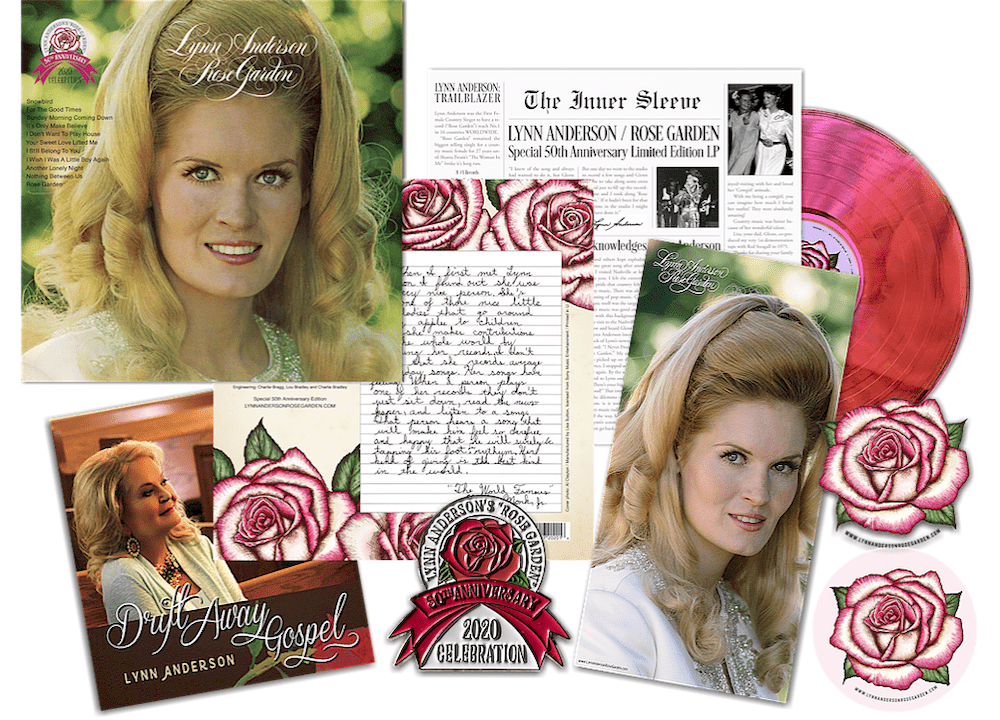