How the Lily Flower Connects Remembrances Of 9/11 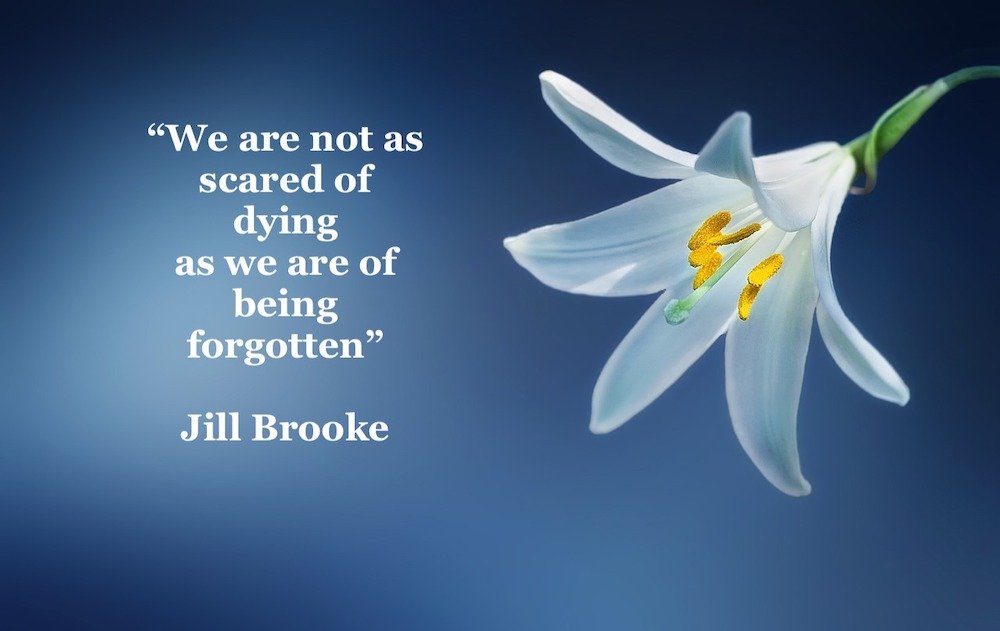 In honor of 9/11, I always put lilies in a vase to remember.

There’s a reason the lily is associated with loss.  To many, this flower represents the innocence that has been restored to the souls of the departed.

“It is the most common flowers we use for funerals,” says Carl Rosenberg, who owns Superior Floral Ltd,  a third-generation retail florist in New York City.

The fragrant scent of the lily also reminds us of the magic that life still has, as well as its evanescence. Its beauty is not forever.

Flowers also enable us to say things without words at a time of loss. This flower expresses sympathy, compassion, caring, purity and nobility.

It is no coincidence that lily bulbs are planted in the fall because these flowers require a cold, dormant period to bloom. It can be a metaphor for grief.  As I wrote in my book “Don’t Let Death Ruin Your Life,” grief lasts seasons but flowers – particularly the white lily – remind us of resurrection and the possibility of rebirth.

For people who aren’t connected to the Virgin Mary as the link to their loved ones, the stargazer lily – with its pink stripes – is also linked to sympathy.

White lilies especially resonate to Christians as a special flower when dealing with loss.  In art dating back to the 14th century, the Archangel Gabriel is often depicted giving the Virgin Mary a lily when telling her that she would conceive a son by the power of the Holy Spirit.

This has reinforced the lily’s use in funerals to connect the departed to God.

According to Marian T. Horvat, Ph.D., as early as the 7th century, the Venerable Bede (673-735) likened the Virgin Mary to a white lily, the white petals symbolizing her pure virginal body and the golden anthers the radiance of her soul. Also, according to the scholars of St. Bernard’s time, the name Nazareth in Hebrew signifies a flower.

“Beautiful legends emerged to explain the origin of the flower,” says Horvat. “It was told that the lily sprang from the tears of Eve, when she was expelled from the Garden of Eden. But it was yellow until the day that the Virgin Mary stooped to pick it, thus symbolizing the role of the New Eve in restoring to the world the innocence lost by Eve.”

Horvat also shares how according to a pious legend, lilies were found growing in the Garden of Gethsemane, where Jesus went to pray the night before His Crucifixion. Legend has it that these flowers sprung up where drops of Christ’s blood fell as he prayed.  Thus, they are called the “white-robed apostles of hope.”

White is also a holy color to many faiths besides Christianity, and triggers thoughts of the ethereal. For people who aren’t connected to the Virgin Mary as the link to their loved ones, the stargazer lily – with its pink stripes – is also linked to sympathy.

Our loved ones are now in the clouds, slipping the surly bonds of earth to “touch the face of God.”  That was a quote that speechwriter Peggy Noonan inserted into President Reagan’s speech when he was trying to comfort the nation after the Challenger Shuttle exploded, killing the astronauts on board in 1986.

It is one of my favorite quotes to help me heal when I am suffering a loss.

On 9/11, since I live in New York City, some of my friends and neighbors perished.  My husband was nearby, but survived.

Today as I look at these lilies in my vase, I think of the innocent people who died and feel grateful that I can smell these fragrant flowers and be reminded what a gift every day is for each of us.

Those who perished may be gone, but will never be forgotten.