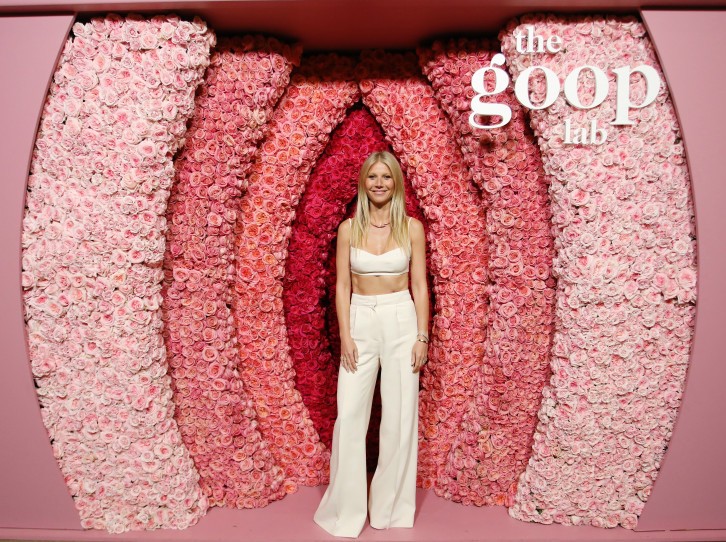 You know how much we all love dazzling flower sculptures at Flower Power Daily.

We work really hard to find the best ones from around the globe to share with you all.

But we’re not so sure about this one from Gwyneth Paltrow and her team.

Roses of a vulva?  It certainly is floral news.

Our team is as split as this image. Some thought it was vulgar – while others thought it exposed her moxie in knowing what will be a conversation opener and get her more traffic and attention.

The vulva floral art display was to showcase the premiere of her new Netflix documentary series/infomercial The Goop Lab which documents her upscale glam lifestyle.

Flower Power Daily fans had a lot to say.

Offensively-gay said, “I don’t want to think about vaginas ever. Sorry.”

“I think she just wanted some attention for her ridiculous candle,” said kaylaroszelle, referencing her “This Smells Like My Vagina” candle that retails for $249.

But others said we should resist demonizing body parts.

Malenyxgarcia said, “People need to get over being a prude and keep acting like female genitalia is provocative and gross or inappropriate. ”

Though wouldn’t we be having a discussion about this if it was a phallic symbol from a male body part? This seems gender-neutral in the debate. Private vs. public exposure.

Many appreciated what foggybottomhumboltt @giraffetongue pointed out. “Someone needs to tell her Georgia O’Keefe already did this – with her own talent and hands.”

Grateful_gardens_lic referenced the artist as well.  “Her art is timeless. This is not timeless but it gets people talking. Love the monochromatic genitalia.”

Lawyer Julia Aryeh also thinks that Georgia O’Keefe’s art invited a discussion on women’s sensuality. “Flowers are beautiful like a woman,” she says. “They both have a subliminal sensual quality. Gwyneth Paltrow doesn’t shy away from being proud to be a woman and nor did Georgia O’Keefe.” 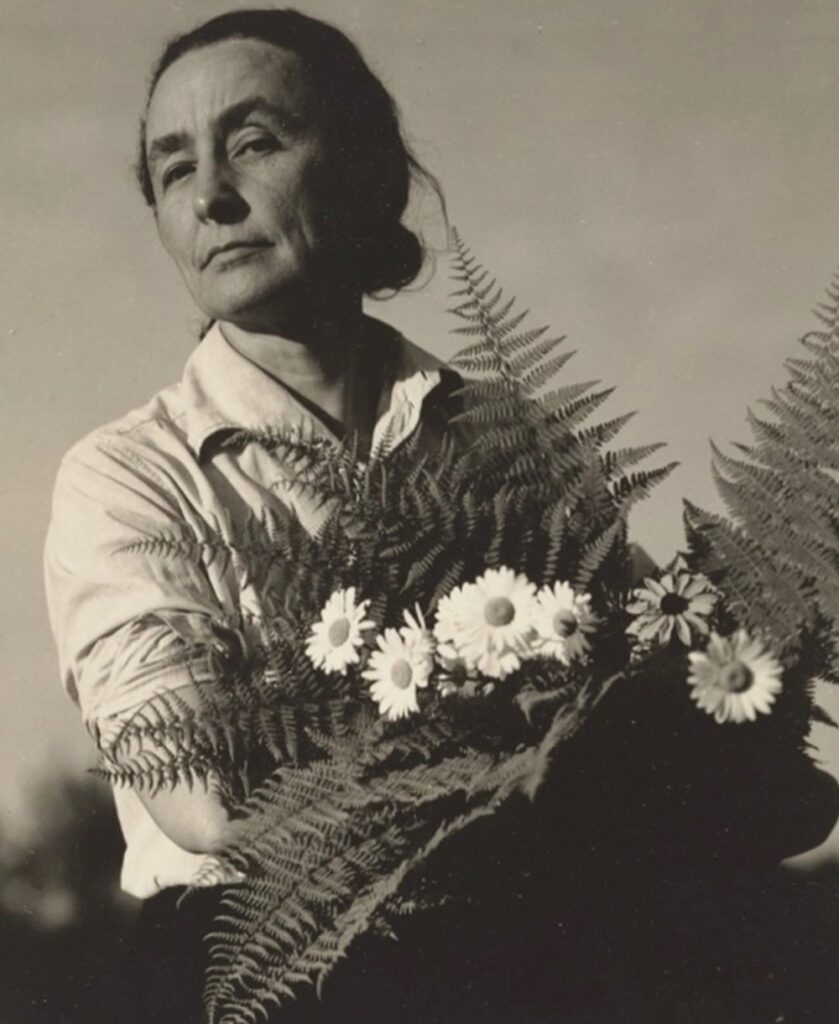 It certainly was tasteful in its construction. The spray of soft pillowy pinks and luscious reds created a beautiful arc. And Gwyneth and her Goop Lab team had fun posing in it.  Contrived and clever?

It should be noted that Georgia O’Keefe’s penetrating close-ups of orchids were not designed to represent vulvas. Her large scale up-close studies of beautiful flowers — orchids, hibiscus and poppies in particular — looked as if they were composed under a magnifying glass.

As art critics have noted, she never meant for them to be interpreted as vaginal imagery at all, and refused to cooperate with any “women’s liberation” events. 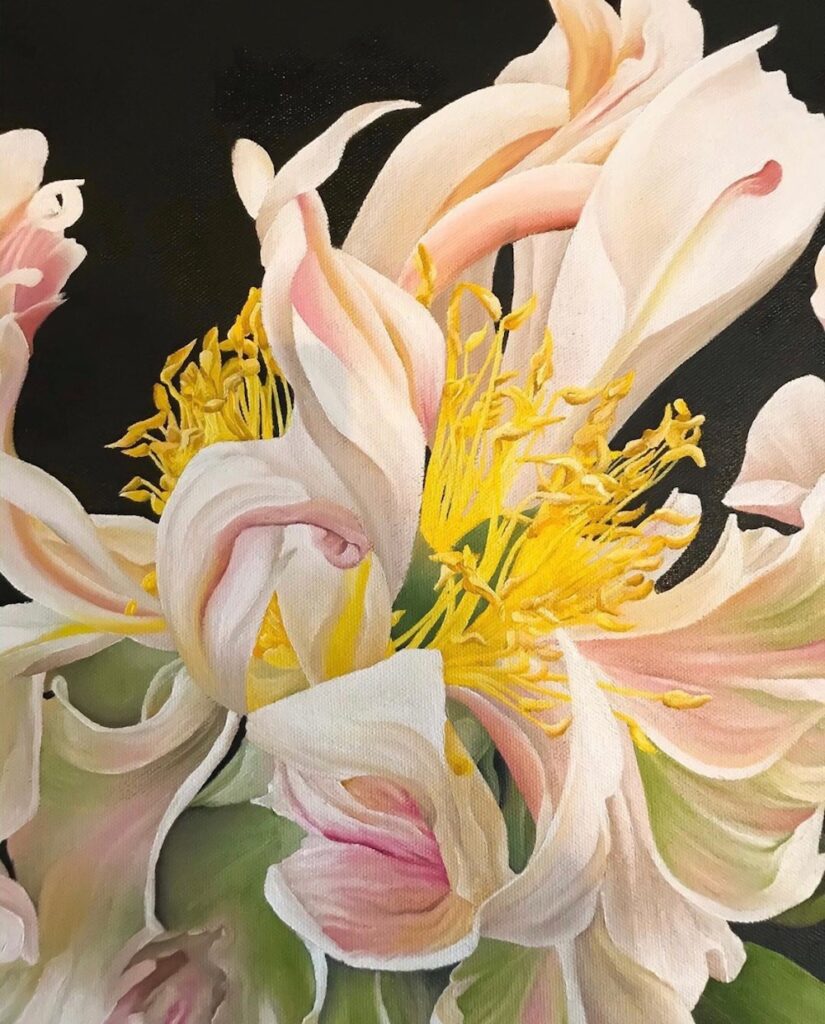 As she said, “if you take a flower in your hand and really look at it, it’s your world for a moment.”  Her intention was to witness and savor the beauty of a flower in its simplicity and perfection. To stop time with its beauty. 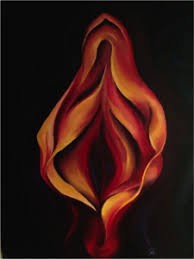 However, it didn’t hurt Georgia – nor Gwyneth – as far as publicity, intrigue – and profits to have vulvas referenced in your work.

Georgia O’Keefe is one of the best-selling female artists in history –  her painting, “Jimson Weed,” sold for $44.4 million at Sotheby’s in 2014,  Gwyneth’s Goop brand is poised to be a multi-million dollar business and brand.

Furthermore, even if you roll your eyes over her jade vagina eggs or vaginal inspired perfume, the woman does have style. In fact, Paltrow’s exquisite taste is on display with this floral design. It is tasteful while being provocative, which should be the ultimate compliment for this brainy babe. Her yin yang elixir.

Who does her flowers? Paltrow’s Los Angeles florist is none other than Eric Buterbaugh. Though we couldn’t confirm he made this display. x

In conclusion, perhaps wendicide said what many of us can agree on –  “More power to the flower.”