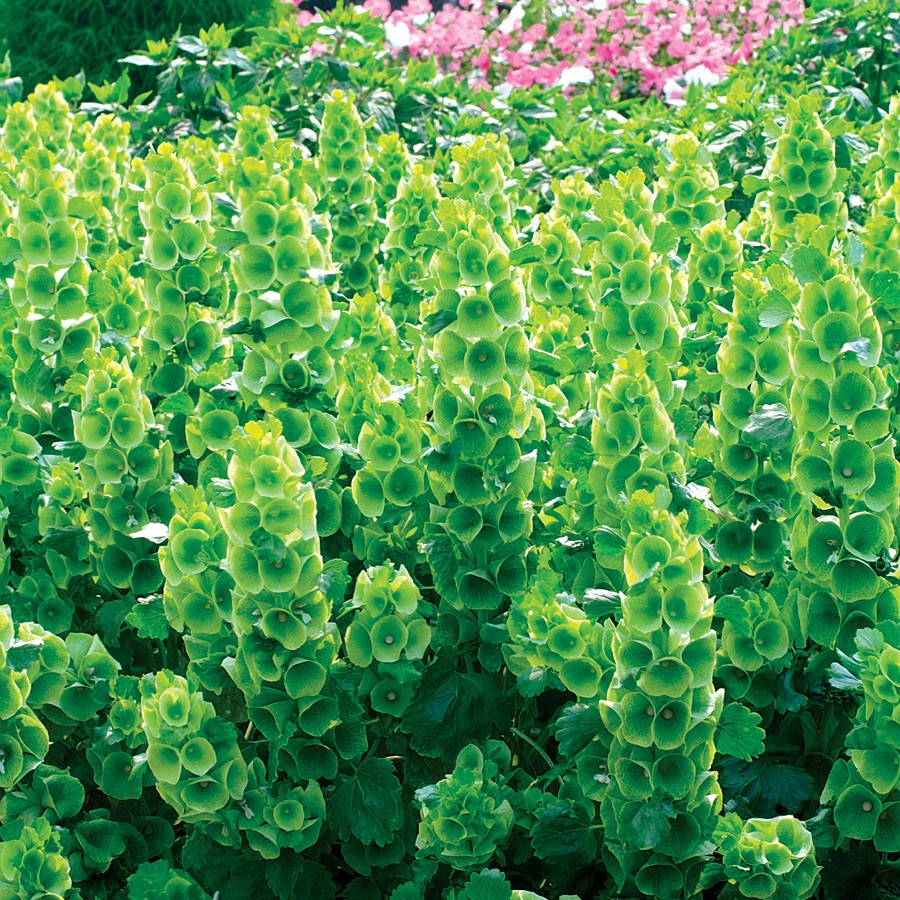 My German grandmother used to grow these in her garden in Minnesota. I have no idea why, except they were pretty, and odd. They certainly were not traditional German flowers.

Moluccella laevis, shown above, can be ordered from Park Seed, but since St. Patrick’s Day is March 17, and Bells-of-Ireland, as they are called, flower in summer in North America, growing them from seed is not going to help make a Paddy’s Day bouquet.

How an annual that is native to Turkey and the Caucasus ended up being called Bells-of-Ireland beats me, but there you have it. And let’s just consider how many flowers seem to have originated in the Caucasus. I’m thinking immediately of the tulip and carnation, iris, lilies, and many others. Perhaps the Caucasus was the actual Garden of Eden.

In any case, for St. Patrick’s Day, it’s a shame to dye carnations green. First off, they are not a very pretty green. Ordering Moluccella laevis, Bells-of-Ireland, for a centerpiece sounds better.

There are florists who can offer all kinds of green bouquets. Take Urban Stems, a floral delivery company in five big cities: Miami, Chicago, New York, San Francisco and Washington, DC. Their Matcha bouquet is made up of solid stems of Green Trick, Hydrangea, and Hypericum Berries; $65, without the vase, and it arrives via free bike delivery. Urban Stems even offers a breakdown of the various plant materials, and explains that “Green Trick” is “a cousin to the carnation!” and “adds a woodsy and whimsical feel to any rustic bouquet.” 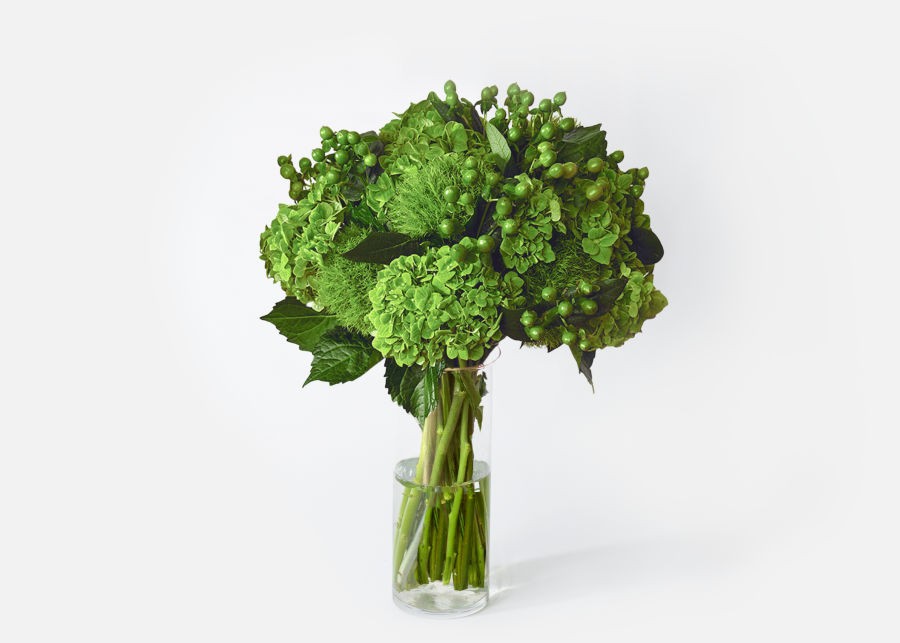 There are, of course, green roses. Enough said. And bouquets that use ferns, green mums, asparagus stalks, stems of basil, flowers with greenish tints, just about anything in green vases.

But here is an idea: Why green? Why all of those hoary traditions? Green beer? Creamed Cabbage? Cooking pork and cabbage with stout? Really? Irish Soda Bread was concocted because of poverty, with baking soda used instead of yeast. Maybe with some good Irish butter.

Since this year no one is going to be having a célidhe (say “kay-lee), a traditional Irish (or Scottish) social gathering with lots of drinking and singing and dancing and general merriment, maybe it’s time to look through the TV channels to see if there is a re-run of “Riverdance,” or the wonderful 2014 animated film “Song of the Sea” (check it out on Rotten Tomatoes if you don’t believe me).

If you can’t go out to an Irish pub on St. Patrick’s Day, watch the documentary “The Irish Pub” from 2013. It really will make you feel you are there. You, however, have to cook the cabbage yourself.

And if you miss being with someone special, send them your favorite flowers, whether they are daisies, ranunculus, anemonies, cone flowers, or a big pot of geraniums. Anything at all. They don’t have to be green.