For Sunday Pentecost Flowers, the Theme Is Always Red 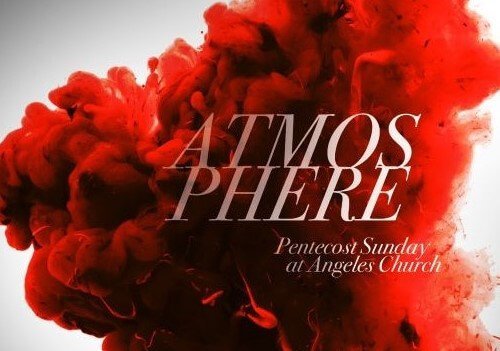 Pentecost Sunday, a joyous occasion in Christianity, is June 9 in 2019, and celebrated with red flowers. In some countries that means roses, and the Sunday is even called Festa Rosalia, the Rose Feast. The Greeks call is Rousalia.

But it is in Eastern Europe where the red peony, which is also called “Mary’s rose,” has been associated with Pentecost for over a thousand years. The understanding is that its “flaming red petals represent the flaming tongues of the fire of the Holy Ghost.”

In Germany the “Pfingstrose” (German for peony) is also known as the “Pentecost rose,” and churches are decorated accordingly. 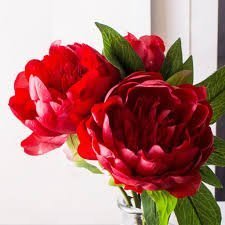 In America, especially when Pentecost, which is 50 days after Easter – seven weeks plus one day – is as early as possible, on May 10, red geraniums are deployed. 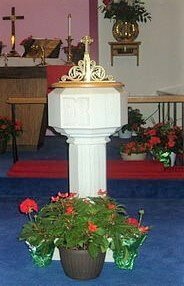 A little explanation is due about the mystery of Pentecost, or as it’s called in England, Whitsunday. (Travelers in Europe should check schedules, because some countries consider the Monday following Pentecost a national holiday. Other countries just declare the last Monday in May the holiday. It’s the same deal: spring, so take a long weekend.)

In the Bible, the Disciples are gathered 50 days after the crucifixion, which is after the Last Supper, ie., Passover. Since they are Jews, this would make sense because “pentecost” is the ancient Greek word for “50,” and they would have been participating in the traditional Jewish harvest festival known as Shavuot, or Festival of the Weeks, which takes place 50 days after Passover.

It should come as no surprise that this year Shavuot begins at sundown on June 8.

The Disciples were gathered, and then, the most mystical part of the Trinity occurred, a mighty wind and a voice speaking with fire, the arrival of the Holy Spirit. 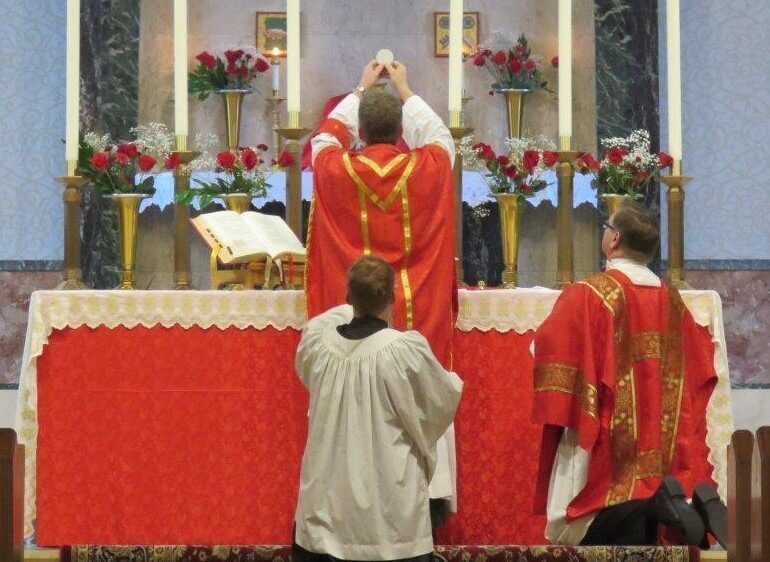 Shavuot celebrates when God gave the Torah to the Israelites.

Both are reasons for celebration.

Also, it’s harvest time. Harvest meant the harvest of winter wheat. I will not get into the Orthodox Jewish dispute about old wheat (planted before Passover) and new wheat, and what can be eaten and what can’t.

Hey, it’s wheat. Finally something can be harvested. Let’s celebrate.

The Angels Church, whose joyful 2016 announcement is above, says, “Join us for a joyous celebration of the Holy Ghost, bring a friend, bring your faith, bring a shout, and bring some dancing shoes!”

Back to red. And not just red flowers on the altar. 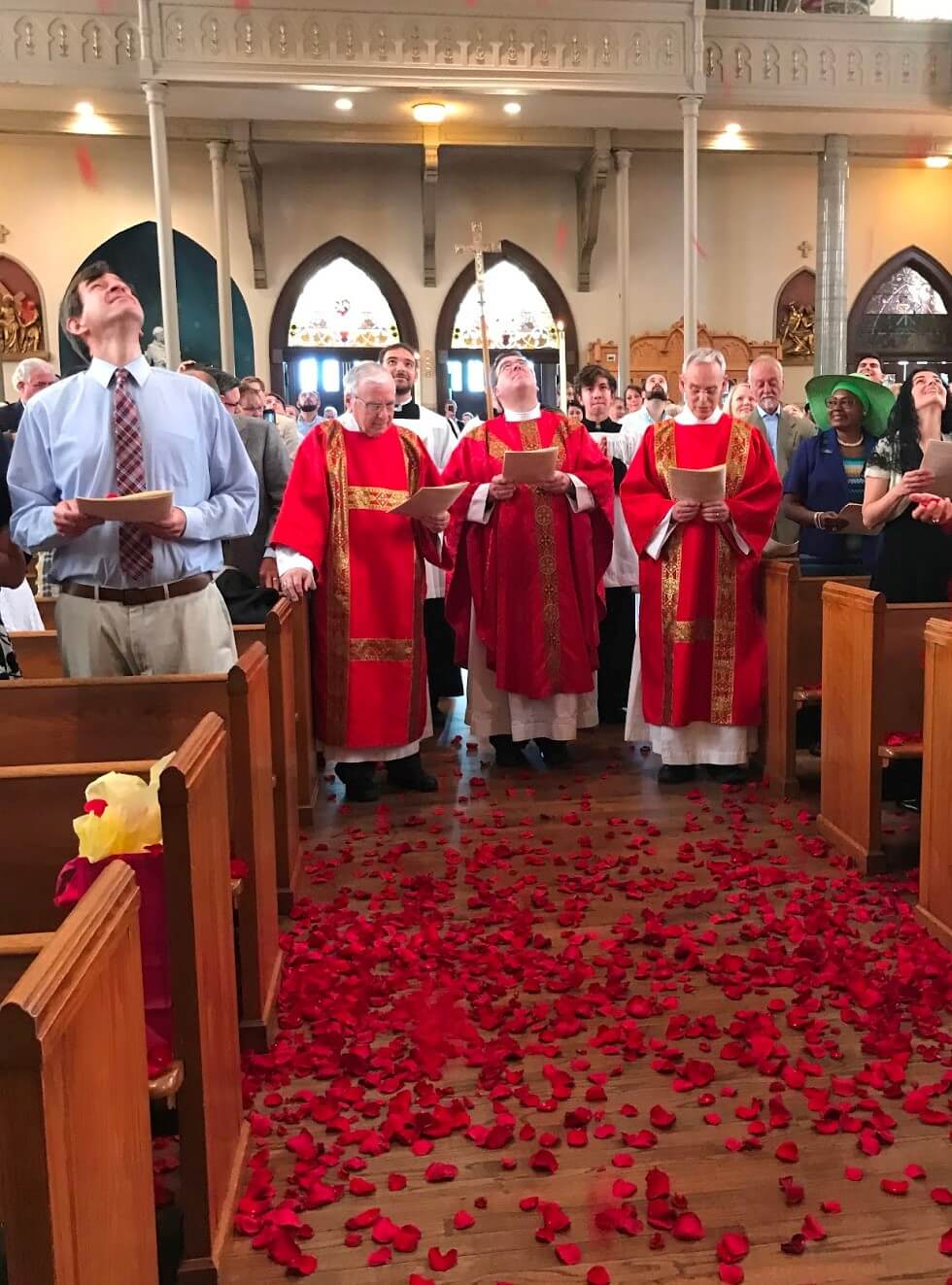 Some churches use red rose petals. As the voice of God. There are churches, mostly old churches, that were built with a circular hole above the altar, where the Holy Spirit might enter.

In Italy, and now in other places, red rose petals come down during Pentecost services to indicate the voice of God.

Now being showered with rose petals is not exactly the same thing as being awestruck and cowering before the majesty of the Holy Spirit. But for an early spring day, it’s not bad.

In Rome, the tradition has become so popular that the Dome of the Pantheon with its large opening to welcome the voice of God, showers tourists gathered below with thousands of red rose petals. 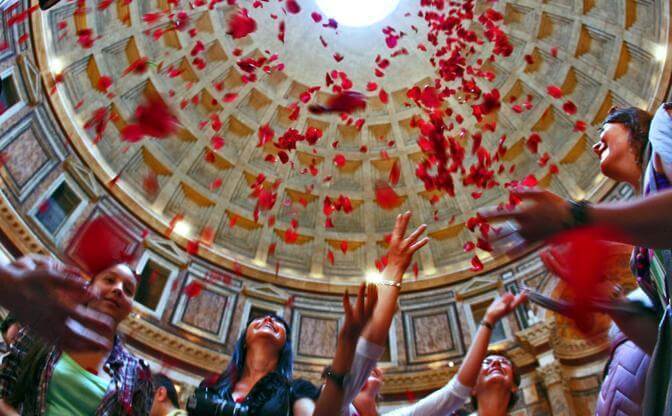 Celebrating Pentecost at the Pantheon

It’s pretty far divorced from a religious event, but as for a celebration, it fits right in. There might even be some dancing.

See how flowers are used in celebrating other religious holidays, celebrating Easter, “Making the Flower Carpets of Holy Week,” and Eastern Orthodox Easter and Great Friday.