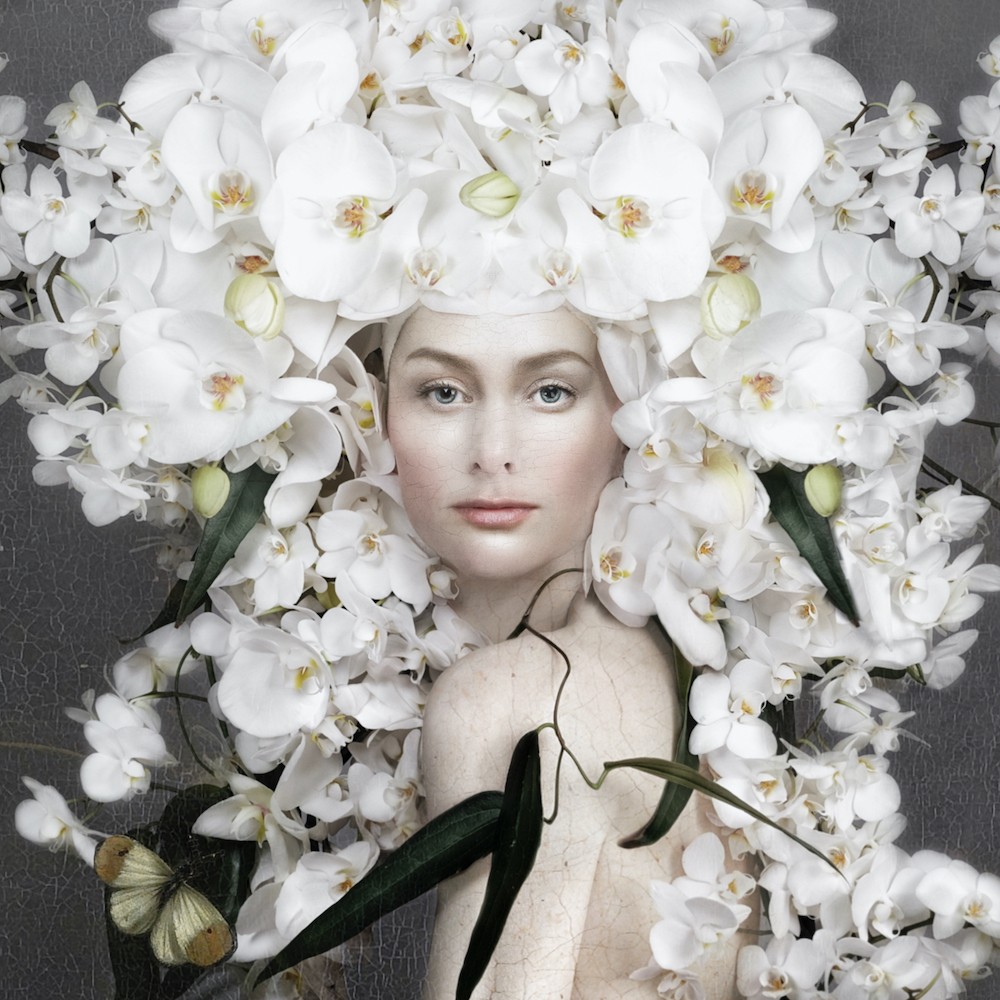 Starting this week until August, the Christopher Martin Gallery in both Dallas, Texas and Aspen, Colorado will showcase three artists who specialize in crafting art with flowers.

“Flowers symbolize renewal and natural beauty,” explains executive director Antonio Cortez. And we certainly need that now more than ever.

The artists chosen are Isabelle van Zeijl, a Dutch photographer who is both model, creator, object and subject, Ysabel Lemay, an Austin, Texas artist whose digitally composed panoramas of nature create dreamy experiences and Chad Kleitsch, a Boston-based artist celebrated by the New York Times, Time Magazine and other publications for his X-ray like vision in showing all the facets of a flower.

Owner Christopher Martin shares what were the behind-the-scenes deets that attracted his team to select these artists for this wonderful show. 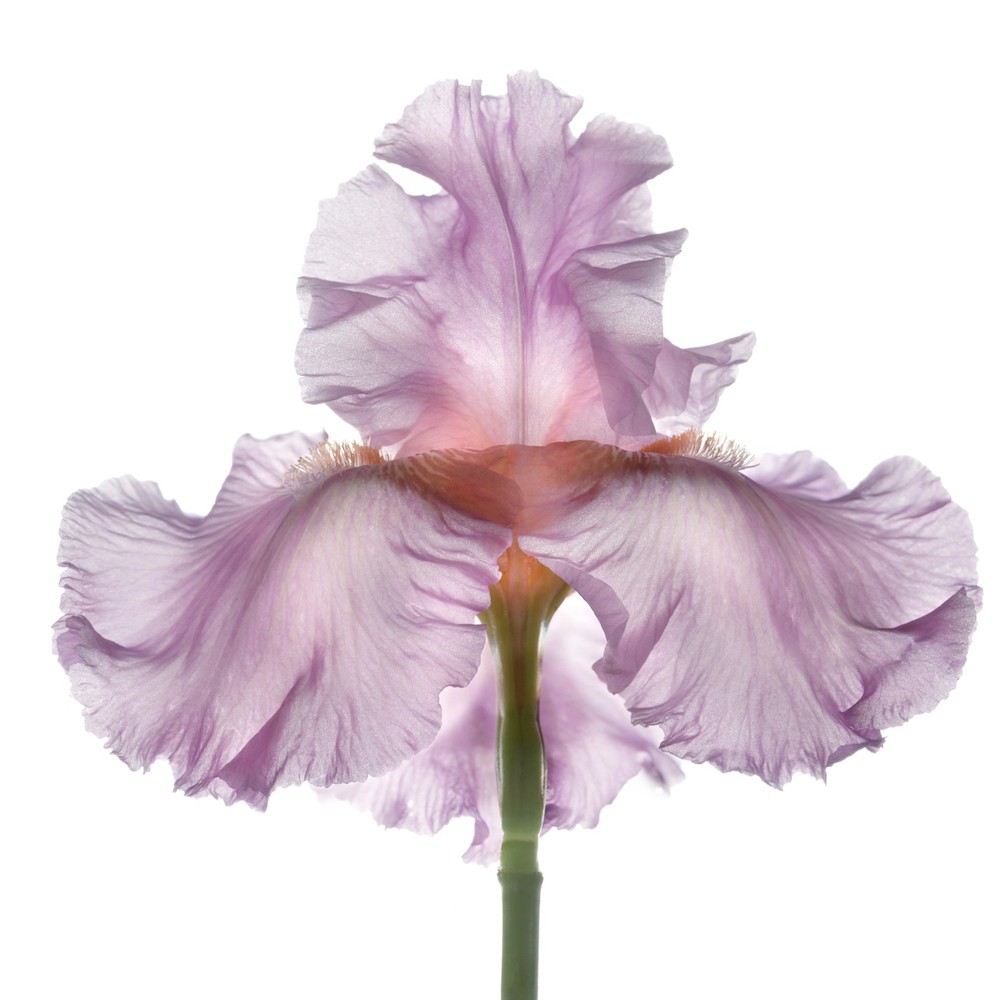 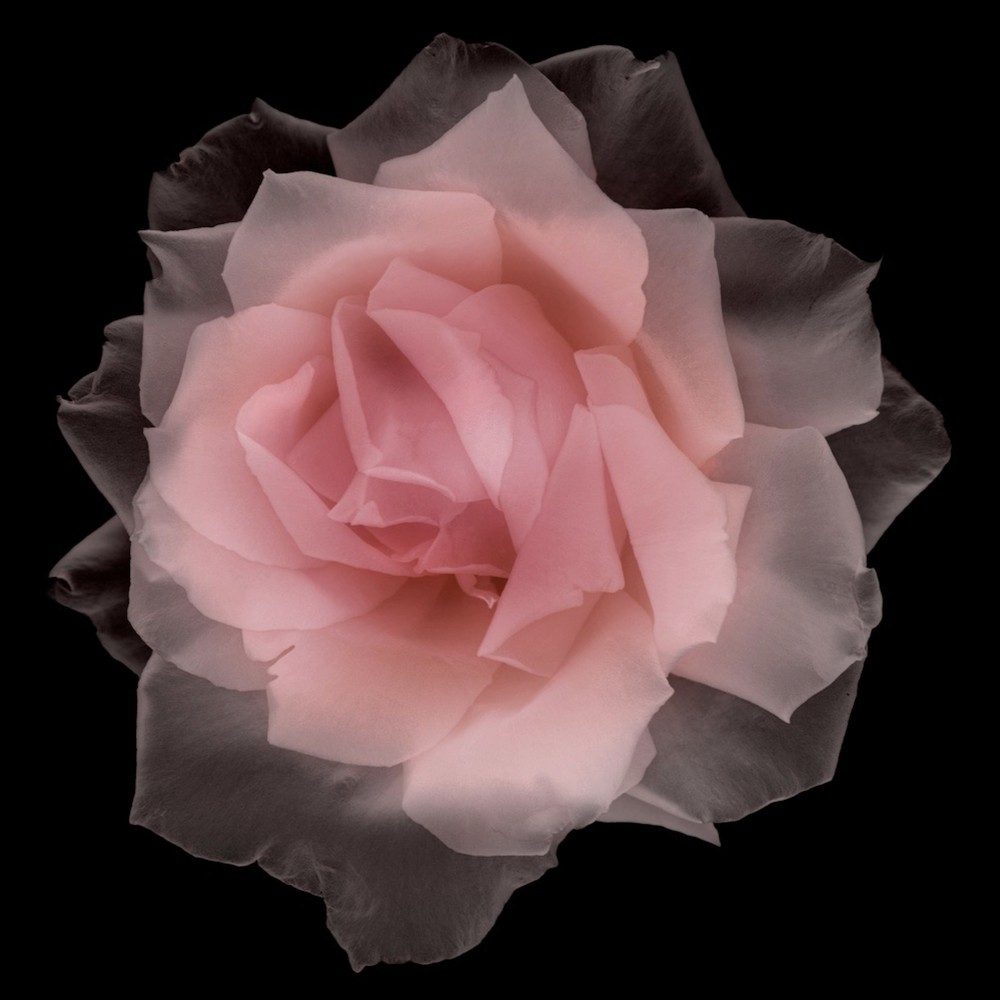 “Chad’s process is so clean and reveals the unfiltered beauty of flowers,” says Martin.

Kleitsch, who started this series in 2001, used a new photographic process called “scanography” which uses a digital film scanner as a camera.

The goal says Kleitsch, is “to articulate the detail, character and topography of each individual subject rather than a still life.” “In a sense it depicts their humanity,” he adds. 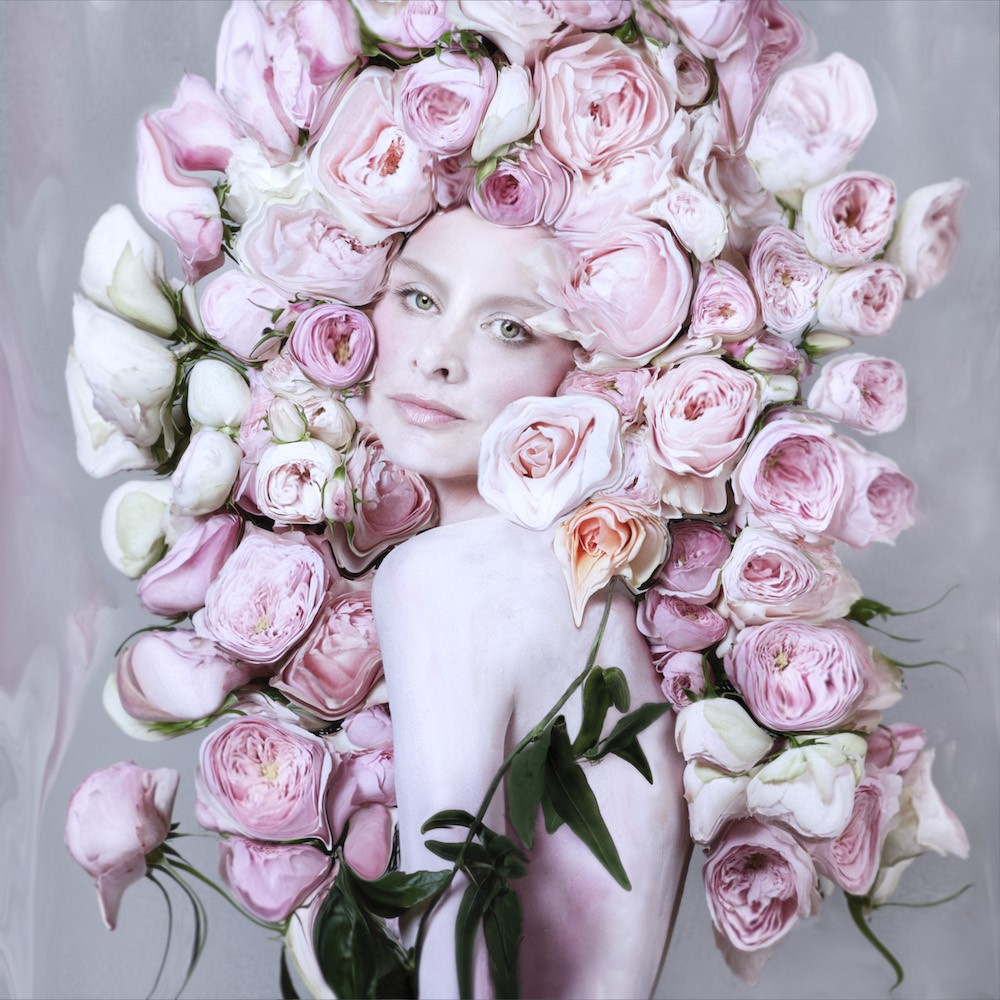 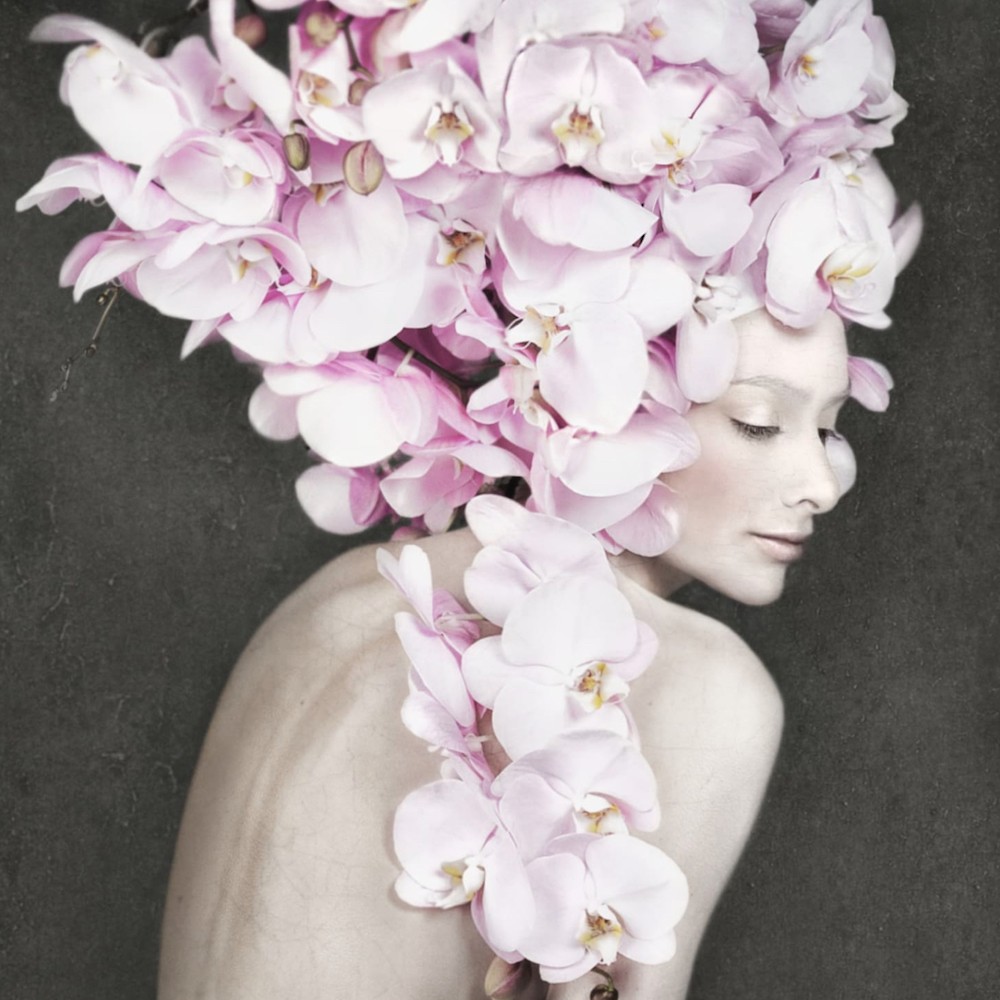 We are also big fans of Isabelle van Zeijl, who we covered recently when she repurposed Dutch flowers that couldn’t go to market because of COVID-19.

Martin chose her since few artists are also their own models—a move that creates a very personal touch. “I love the personal reference point of view that self-portraits within the beautiful settings that she constructs,” says Martin. “Through her creations, she blossoms in front of our eyes.”

As van Zeijl says “Through the art of flowers we feel more inspired, compassionate and generous. It gives us the feel of being connected.”

For some of these fab headdresses, she used more than 500 roses!

“For millennia the rose has delighted the eye and soothed our soul,” says van Zeijl. “Roses evoke innocence and youth but above all roses signify love, what or who we love in the present, the one we loved and have lost, and the longing for something nameless.”
We just love how she expressed that sentiment for the rose, which is the flower for June, as well as the U.S. national flower and the world’s favorite flower.
“The flower’s hermaphroditic qualities suggest the joining of opposites which is at the moment very important to be more aware of in life,” she says. 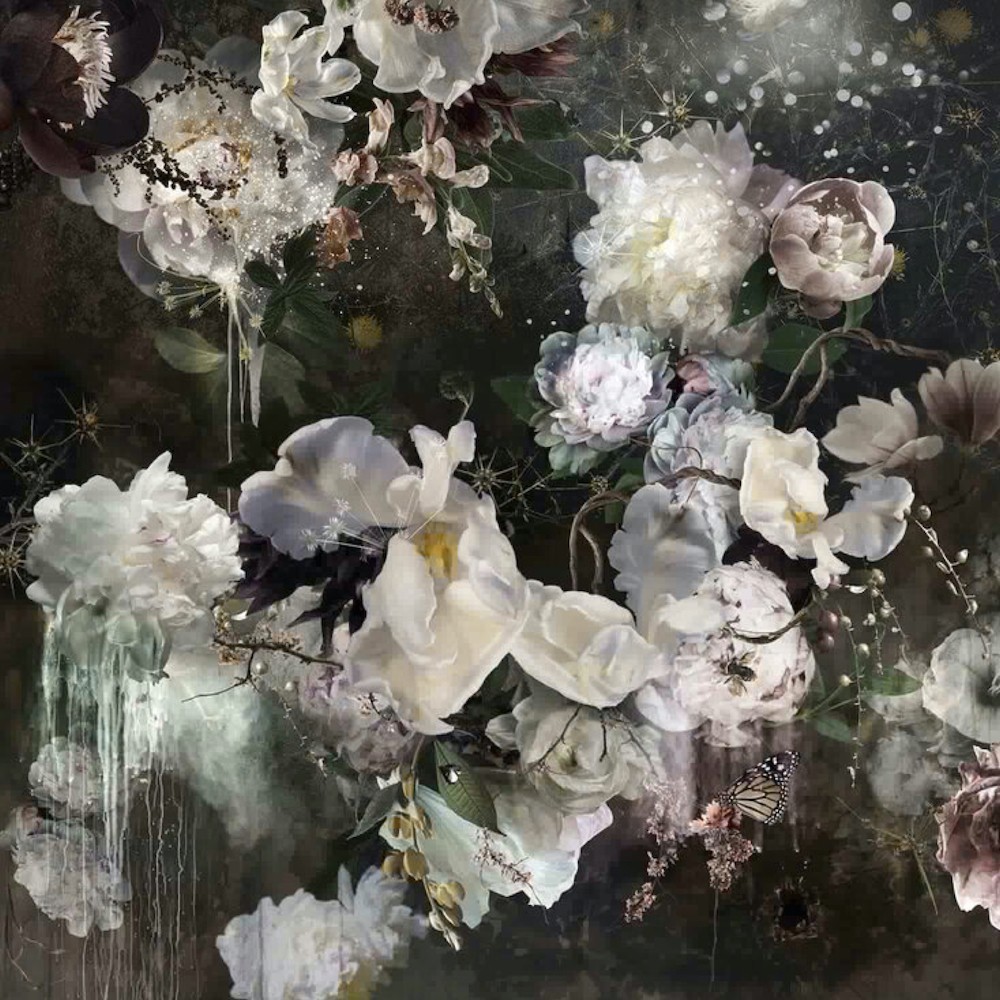 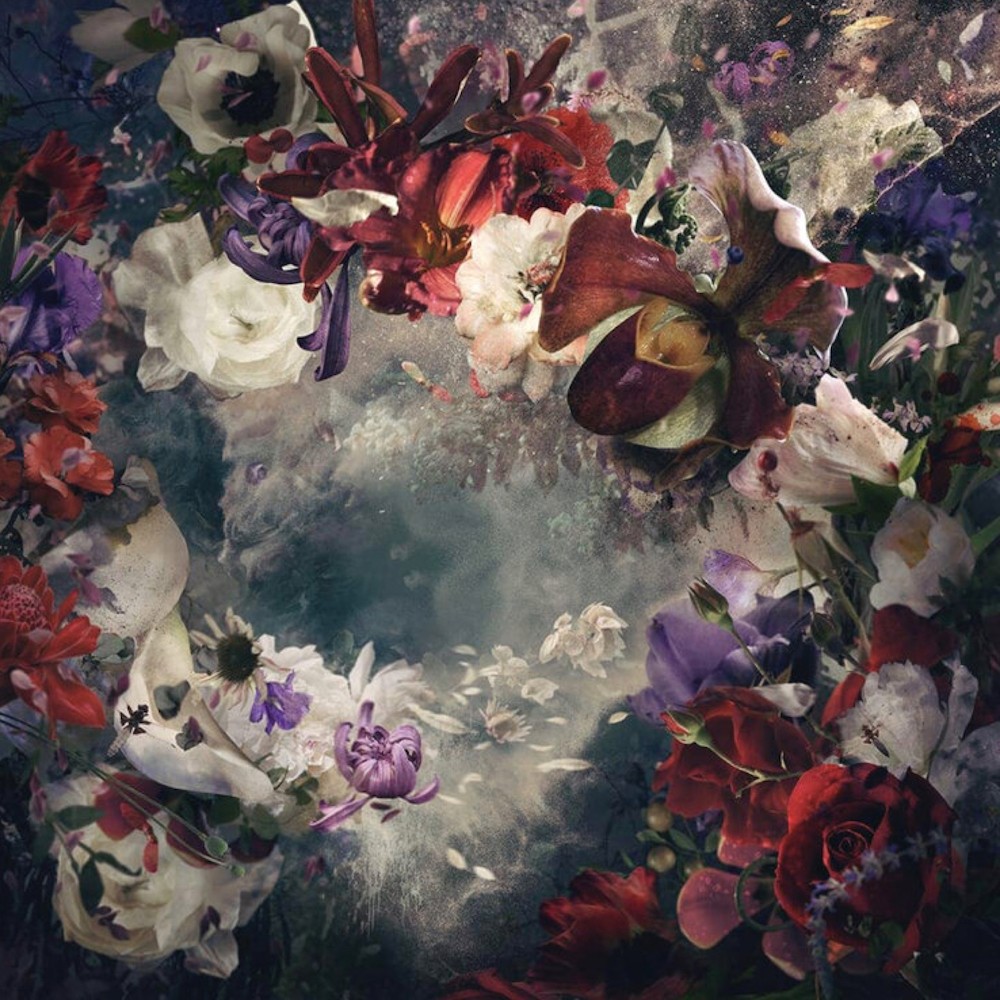 Last but not least, Ysabel Le May’s digitally composed panoramas ooze with botanic intrigue.
Martin says that the former ad executive turned painter and then photographer was chosen since her work has both “fantasy and vivid beauty.”
What we at Flowerpowerdaily appreciate in all these selections is how flowers provide an invitation to look deeper into nature’s wisdom.