Dogs with Flowers in Honor of National Dog Day 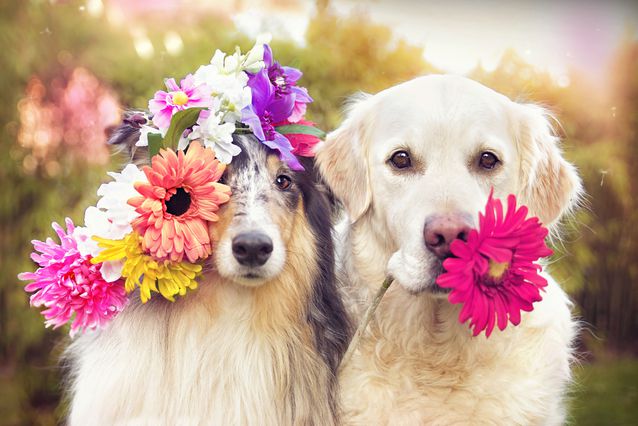 In honor of National Dog Day, we are sharing our flower-loving community’s pictures of their beloved pets frolicking near gardens and floral beds.

Of course, we look at the world through the prism of flowers and that makes life a happier place.

Dogs add so much to our lives.

Did you know that there was evidence of domesticated dogs from about 15,000 years ago? According to one of my favorite books, “Sapiens,” dogs were special to humans unlike other animals for many reasons.

First, dogs were used for hunting and fighting and as an alarm system against wild beasts and human intruders.

As Yuval Noah Harari writes, with the passing of generations, the two species co-evolved to communicate well with each other.

“Dogs that were most attentive to the needs and feelings of their human companions got extra care and food and were more likely to survive,” he adds. “Simultaneously dogs learned to manipulate people for their own needs. A 15,000-year bond has yielded a much deeper understanding and affection between humans and dogs than between humans and any other animal. In some cases, dead dogs were even buried ceremoniously, much like humans. “  In one ancient photo, a woman is buried next to her dog.

National Dog Day was initially designed to raise awareness of dogs that needed to be adopted. It is a cause very dear to equestrian Georgina Bloomberg, who has adopted five rescue dogs – Hugo, Mona, Mabel, Chopper and Stella. She is also a board member of the Humane Society and advocates adopting canines. 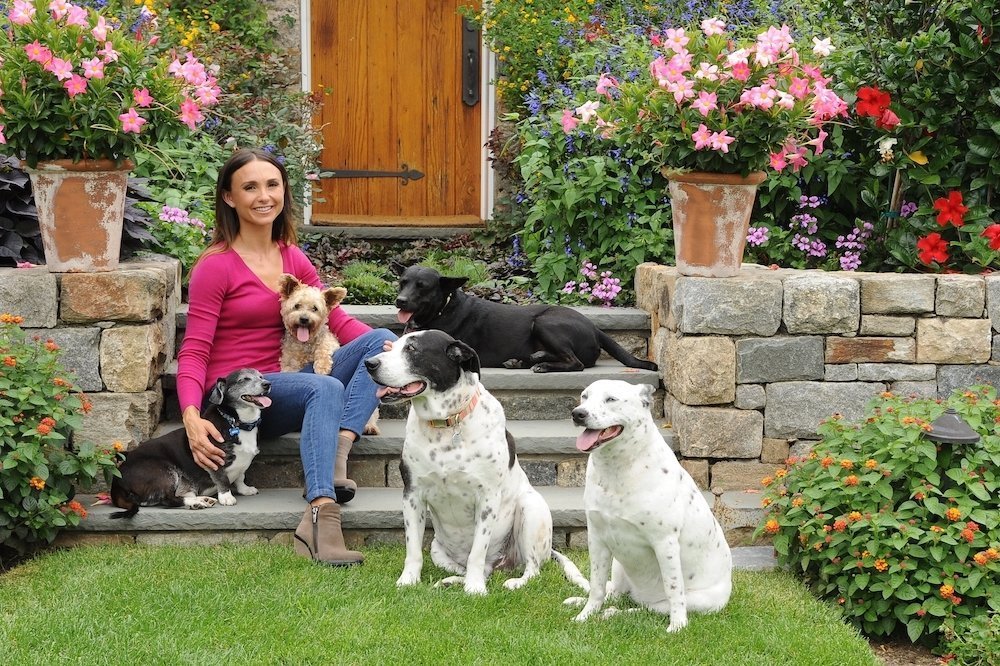 “We have always had dogs, so I’ve never known a time in my life where haven’t had a dog,” she says. “And it is so nice to have something there that is always happy to see you, can always give you love and is unconditionally loyal. I have always enjoyed having something to take care of, and it prepared me for motherhood.”

My beloved Cleo, who recently passed, was the most loyal wonderful golden doodle. No matter what is going on in your day, your dog is there to support you and senses your needs. Nothing is required except you loving them and feeding them.

As Christopher Morely wrote, no one appreciates the very special genius of your conversation as the dog does. Also, there is nothing as welcoming as a dog when you come home. They are always happy to see you.

But my favorite dog quote is, “A home without a dog is like a garden without flowers.”

Because our community loves nature and dogs, we are starting a monthly dog column where people send in pictures of their beloved pets near or with flowers.

Here is a sampling of some that were sent to us. 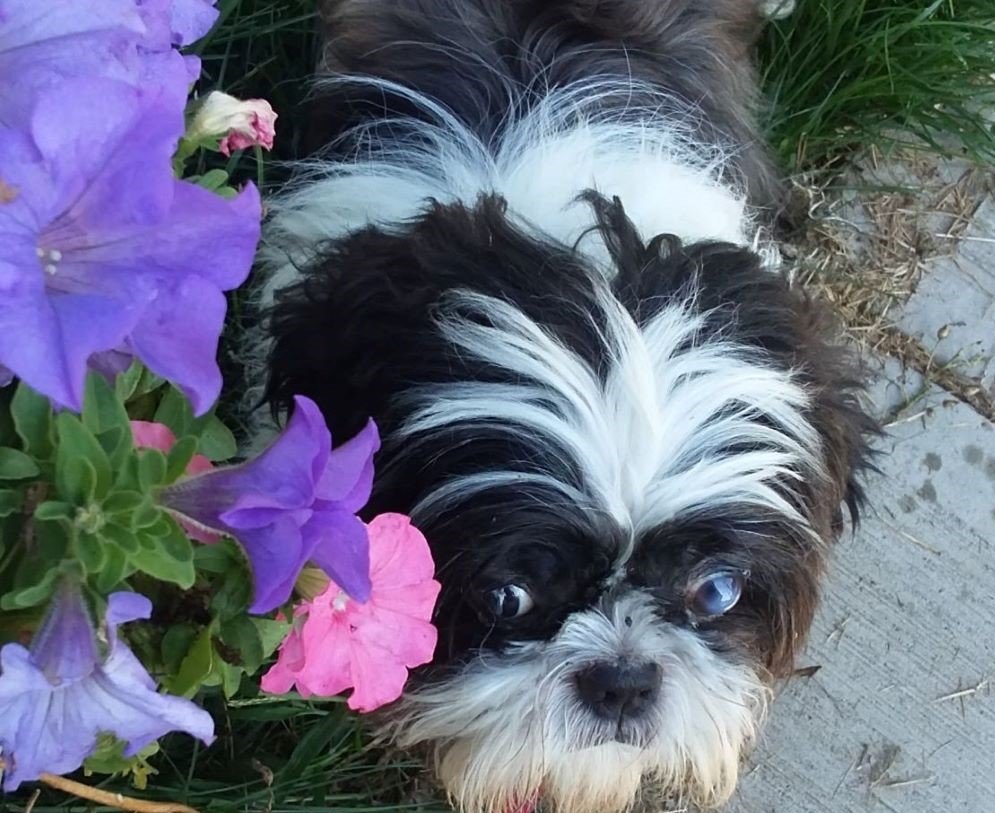 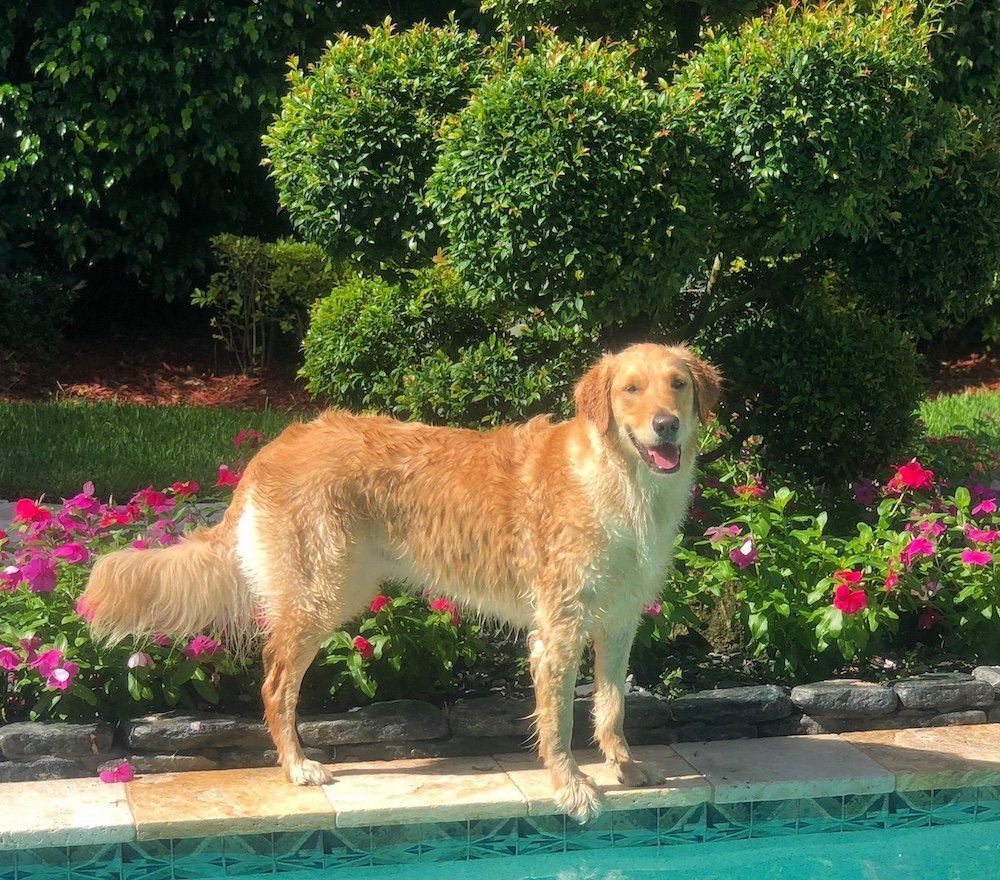 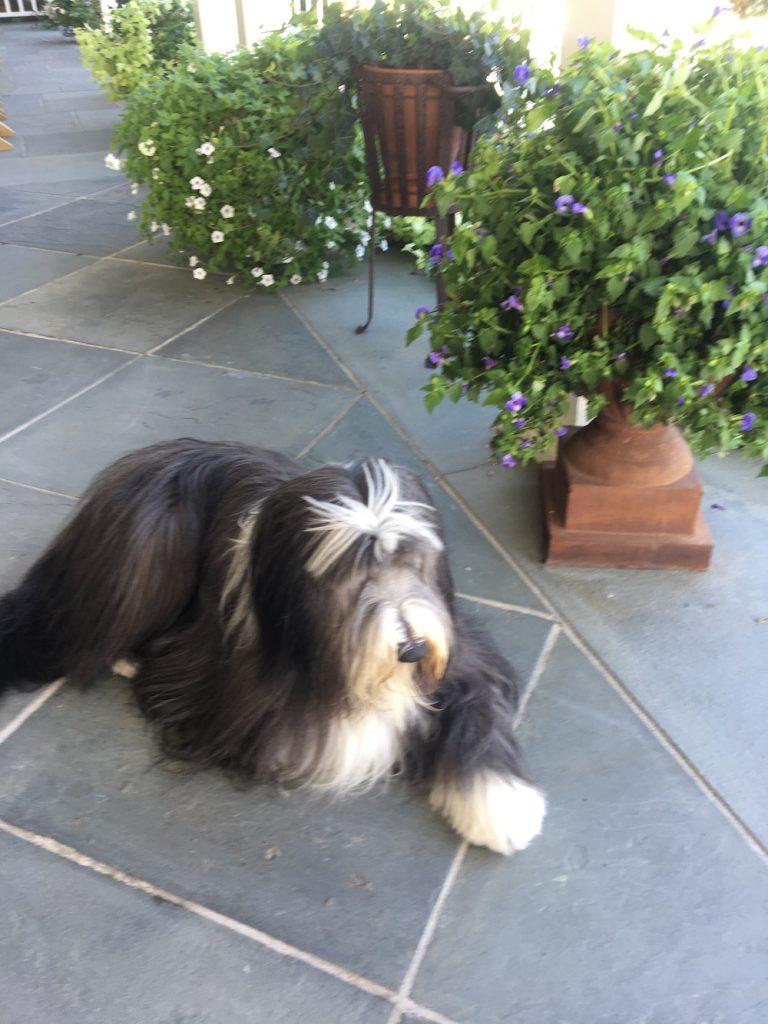 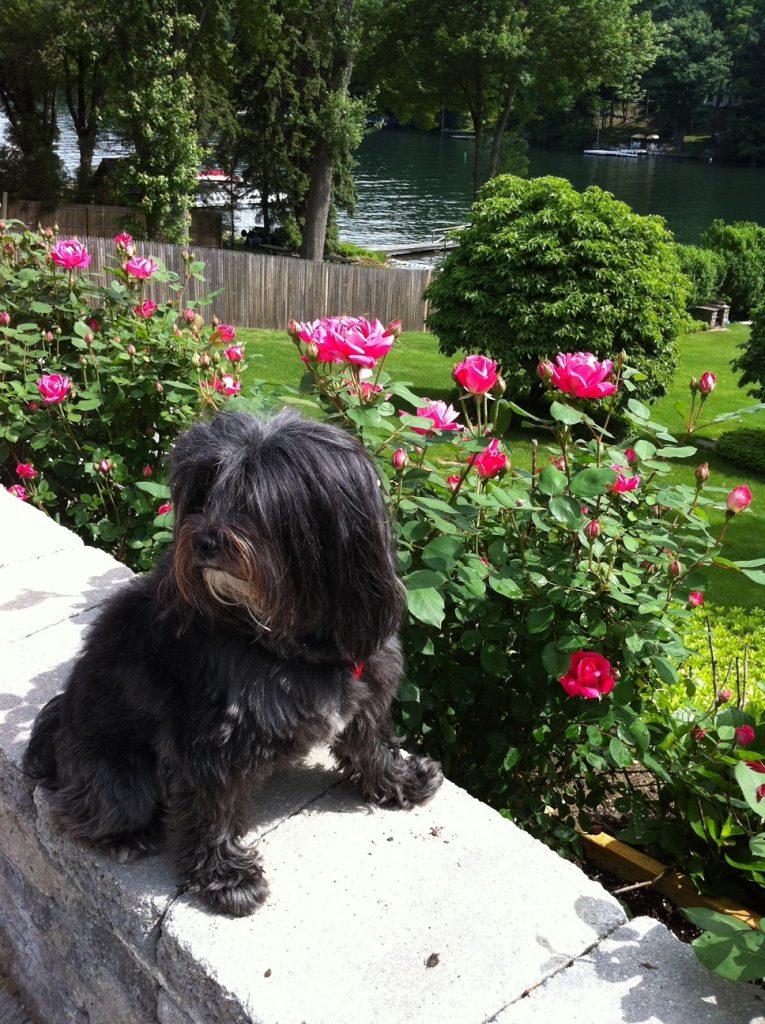 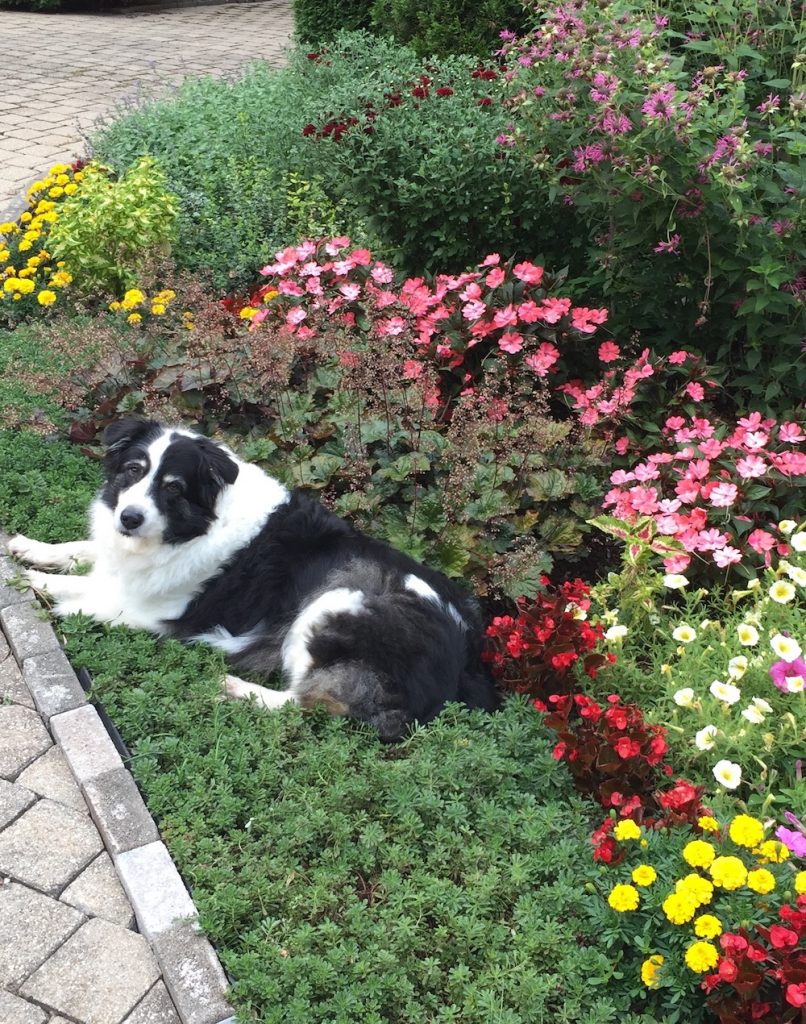 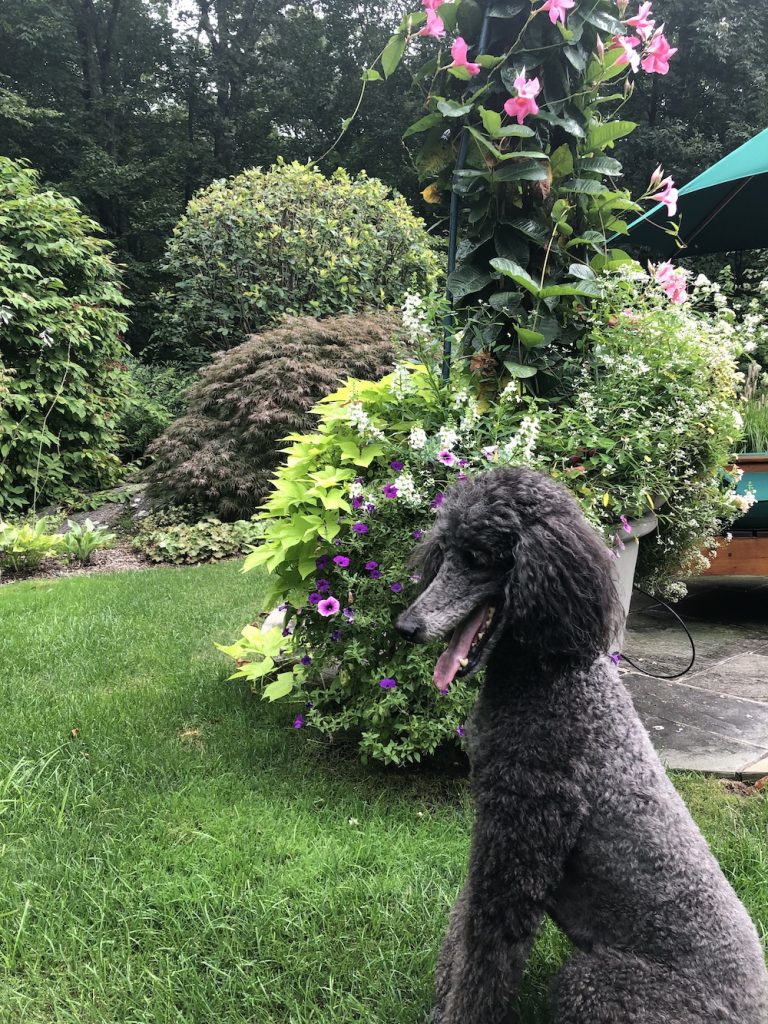 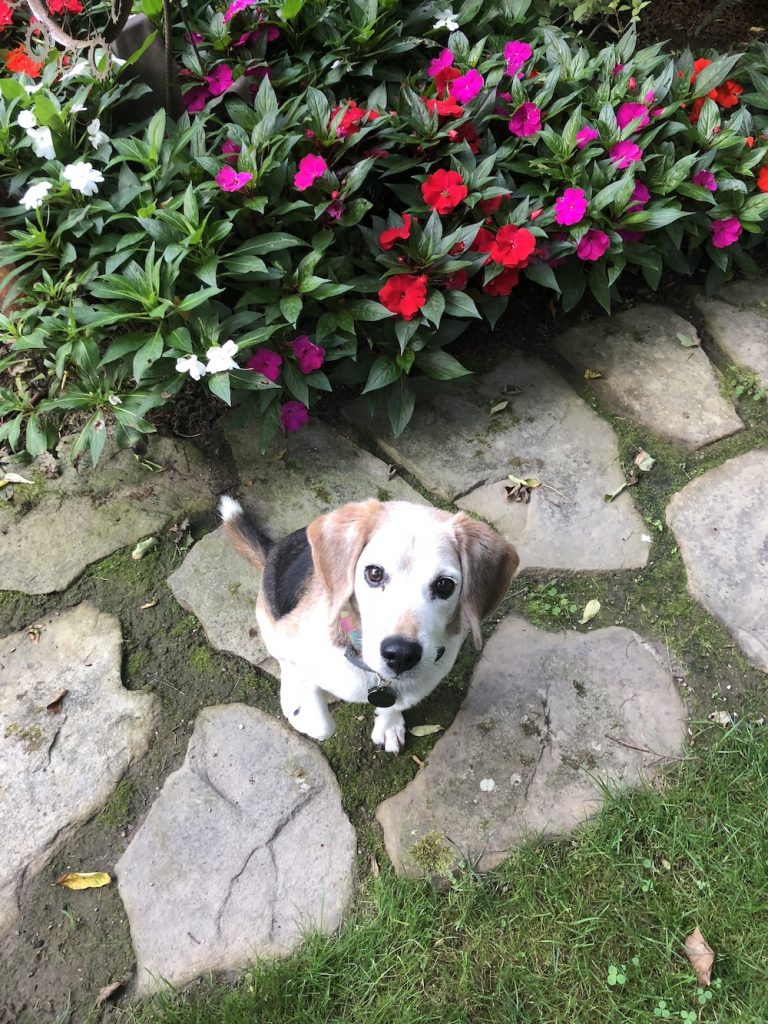 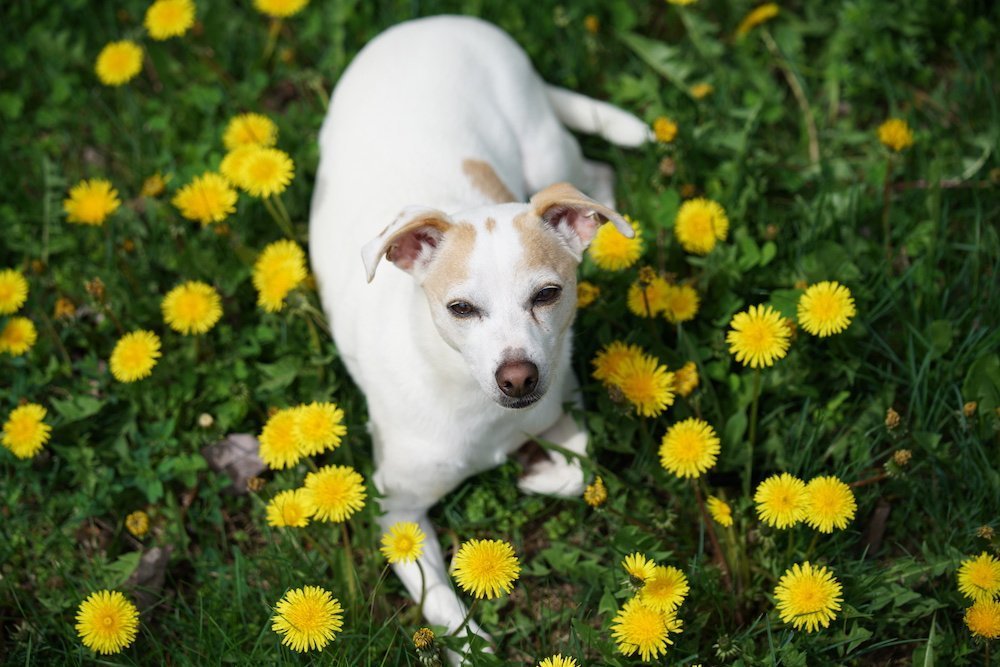 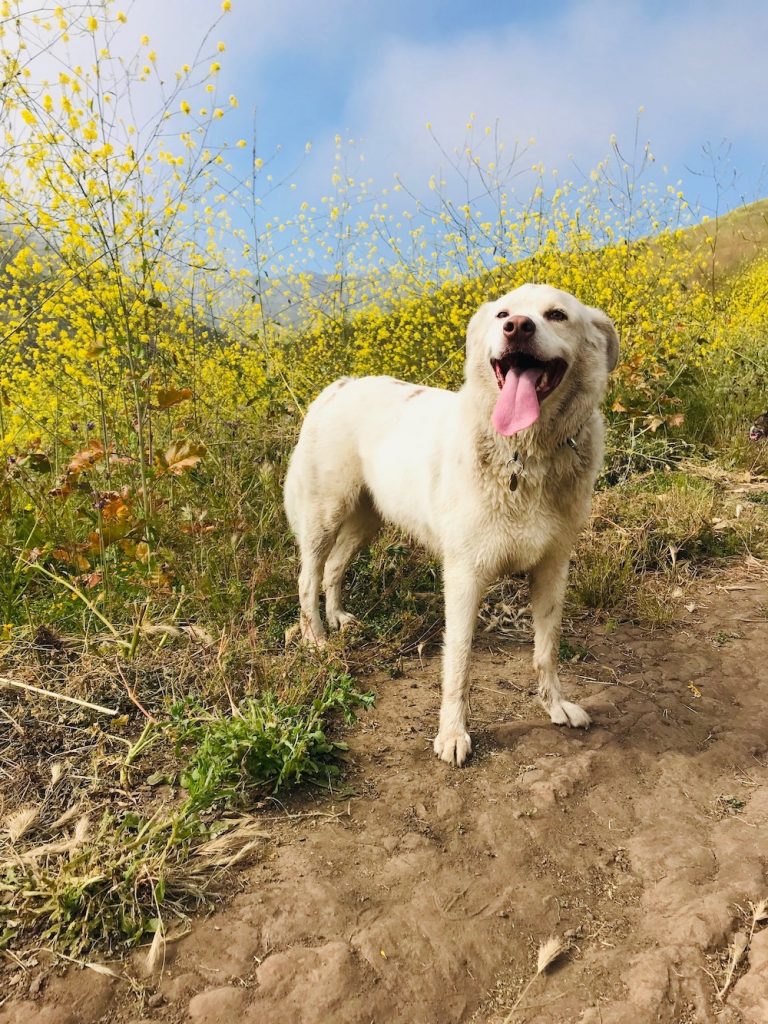 Please send your favorite picture to our producer Nancy Molina at fpjmedia@gmail.com and we will post them in a monthly montage.