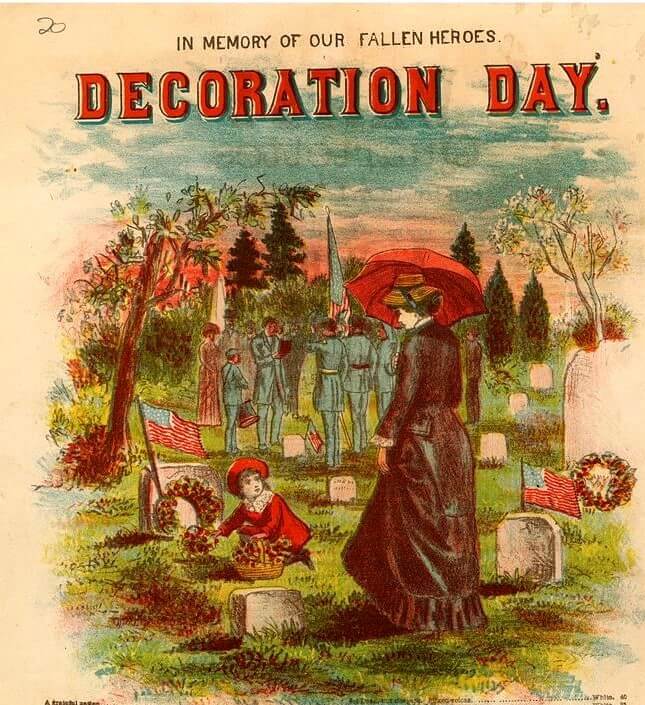 In the mountains of Tennessee and Kentucky, in northern Alabama and Georgia, there is a long-standing custom called Decoration Days.

Several times in spring and summer families carried baskets of food, brooms, flowers, musical instruments to graveyards. They clean the graves, sweeping away leaves, then shaping the dirt into a tidy mound. Flowers were laid on the grave, like a beautiful quilt. Hymns would be sung, Bible verses recited. Maybe a poem, or a Psalm.

Then a family would have “dinner on the ground,” tell stories about the departed. It was not a time to mourn. It was a time to remember. 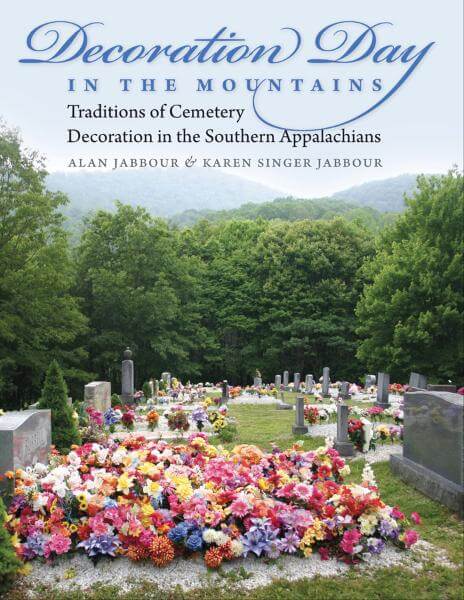 “Decoration Day in the Mountains” by Alan Jabbour &amp; Karen Singer Jabbour, a scholarly work about decorating graves in Appalachia.

It is said that after the Civil War, freed slaves recalled these customs and began putting flowers on the graves of Union soldiers. Another version has it that in the spring of 1866, a group of Northern women visited Columbus, Mississippi. They noticed that local women had decorated the graves of soldiers there, from both sides, with flowers.

And Columbus, Georgia, seems to be a strong candidate as well. A woman there, Mary Anne Williams, wrote a letter to the newspaper in March of 1966, saying that the womenfolk in town had been cleaning and decorating graves of Confederate soldiers. She suggested that an annual day be set so everyone turned out on the same day, and suggested April 26, the day that Gen. Joseph E. Johnston surrendered the Army of Tennessee near Durham, North Carolina in 1865.

It might seem odd that Mary Anne Williams would want to honor a General born in Virginia, hardly a favorite of Jefferson Davis, and a leader who was primarily noted for ceding ground in battles. But Gen. Joseph E. Johnston was responsible for slowing Sherman’s March to the Sea, his Union soldiers’ advance from Chattanooga, Tennessee to Atlanta.

Johnson’s army set up strategic defense after strategic defense, which Sherman’s army then by-passed. And Johnson’s Army of Tennessee fell back, although without a significant loss of men. Jefferson Davis finally removed him from command, a decision that is still considered controversial, but Atlanta was shortly lost anyway. 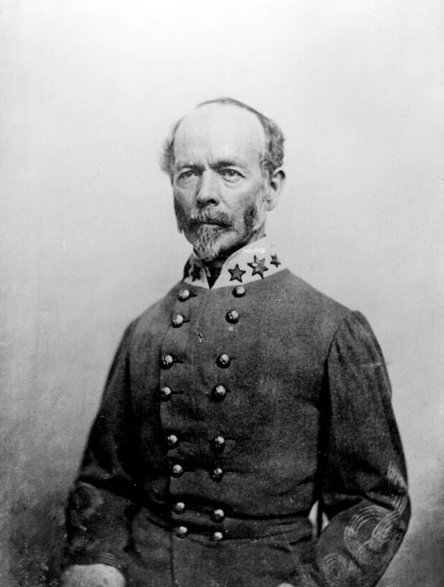 The General being honored in the “first” Decoration Day, Columbus, Georgia, April 26, 1866

So, Columbus, Georgia, claimed April 26, 1866 as a day to decorate Confederate soldiers’ graves, as Mary  Anne Williams and other women had been doing all along, in the Southern tradition.

Yet another story. Mary Logan, the wife of a Gen. John Logan, commander of the Grand Army of the Republic, a fancy name for a large group of Union veterans, saw flowers on Confederate graves in Petersburg, Va., She told her husband, and he decided that May 30 would be a perfect date for a ceremony. It was held in Arlington Cemetery to honor the war dead with what he called “the choicest flowers of springtime.”

He invited Gen. Ulysses S. Grant. That is probably why this last version of the story is the one best recorded and most highly credited. It is the first official Decoration Day, May 30, 1868.

And so Decoration Day, May 30, was observed up through the beginning of the 20th century. Then another momentous day occurred: November 11, 1918, the day that Germany surrendered. That ended what was called the Great War, and November 11th became Armistice Day,  what we now call Veterans Day. The earlier holiday, honoring soldiers from the Civil War, began to fade.

Until … much later. In 1966 Lyndon Johnson packaged Decoration Day, now Memorial Day, with a few other stragglers that landed on specific days of the month – Lincoln’s birthday, Washington’s Birthday – and created our beloved three-day holidays.

Instead of being celebrated on May 30th, whichever day of the week that landed on, Memorial Day was to be on the last Monday in May.

And so, from decorating graves in Appalachia, to Decoration Day to Memorial Day, much of the significance of Memorial Day has been lost.

We hold our three-day holidays dear. What most people really care about is the weather and traffic forecast for the last weekend in May.

People may see a parade, or hear someone recite the Gettysburg Address. 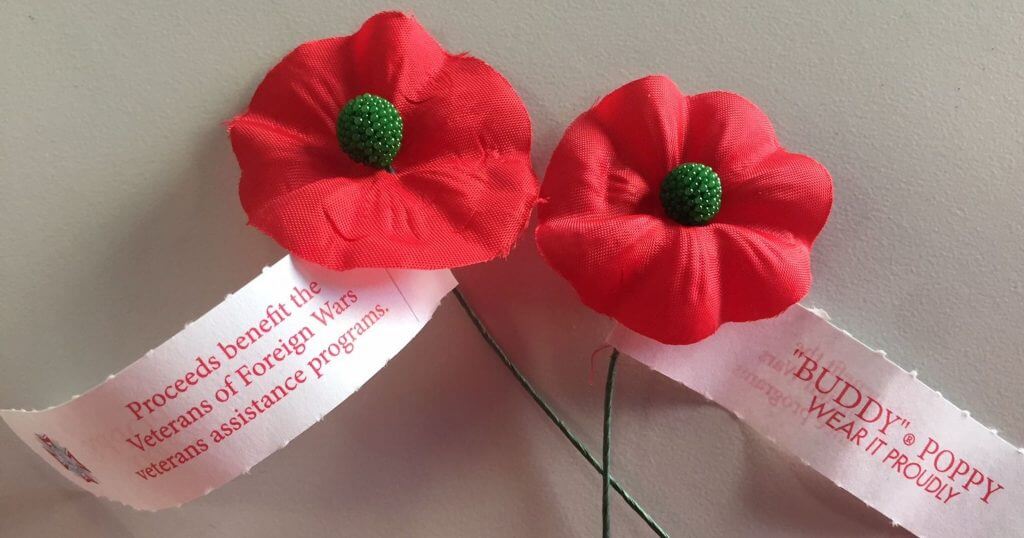 Friday, May 24, is National Poppy Day.

It’s only fitting that Memorial Day, a day that began with a tradition of laying flowers on graves would also include a symbolic flower, representing honor and also rebirth and the continuity of life.