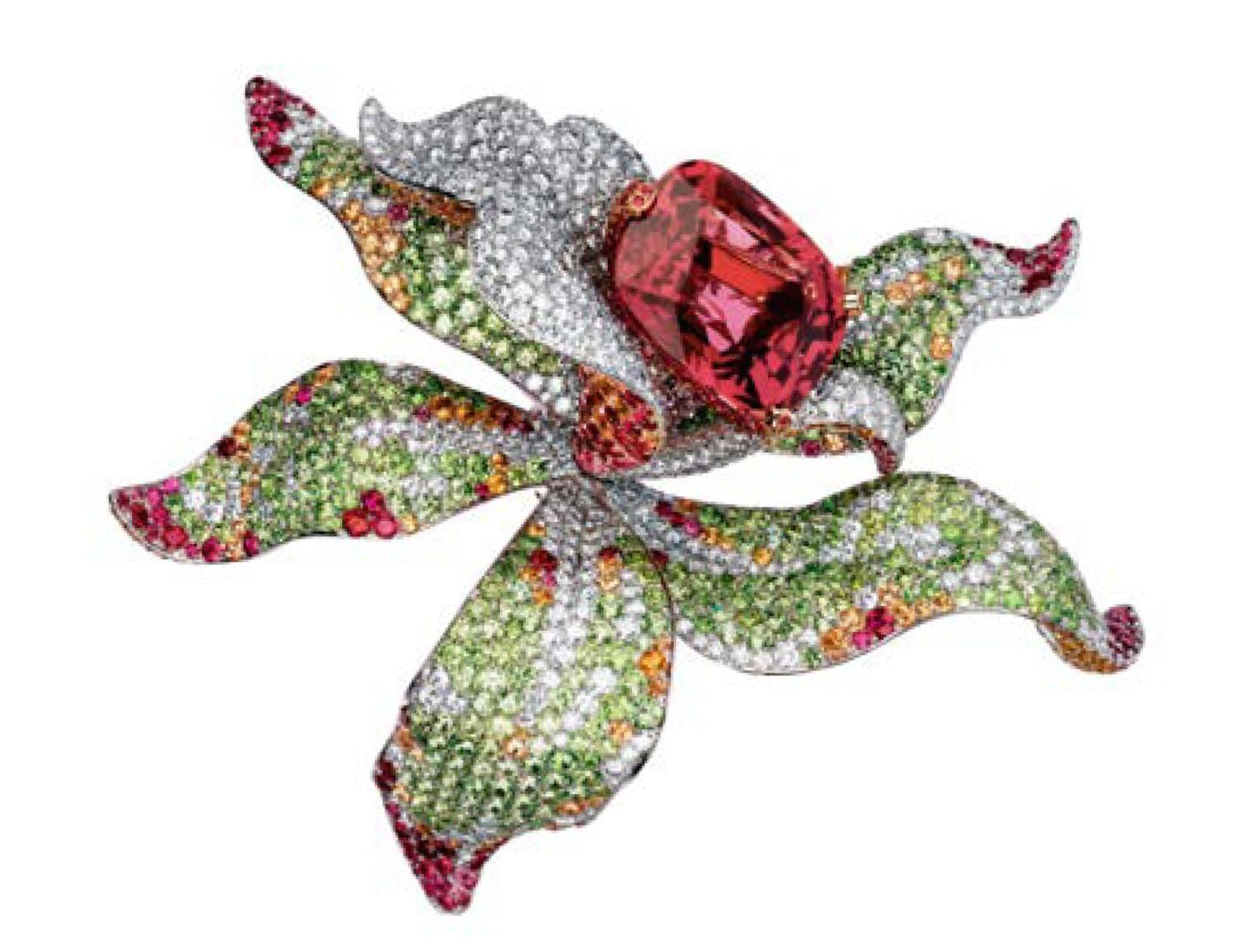 When you seek pearls of wisdom, go to Carol Woolton.

For decades now, she has written about jewelry for British Vogue with a flair for descriptive prose and probing history to uncover true gems.

Her masterpiece is a book called “Floral Jewels.” (Prestel)  In collaboration with Sotheby’s, a show called In Bloom is now at the New York auction house curated by Woolton and Frank Everett, SVP of Sotheby’s Jewelry. It features 75 pieces of 19th-century jewels and signed vintage pieces all inspired by flowers.

Because Woolton is so beloved in the industry, and I mean beloved, both jewelry and fashion houses gave her a key to enter their ancient treasured archives. These are not places that welcome outsiders.

But for Woolton, doors flung open because these houses – such as Dior, Tiffany, Cartier, Chaumet, Belperron, Chanel, Van Cleef & Arpels, Boucheron, Verdura -knew that in her capable hands, their stories would be sculpted into literary art. 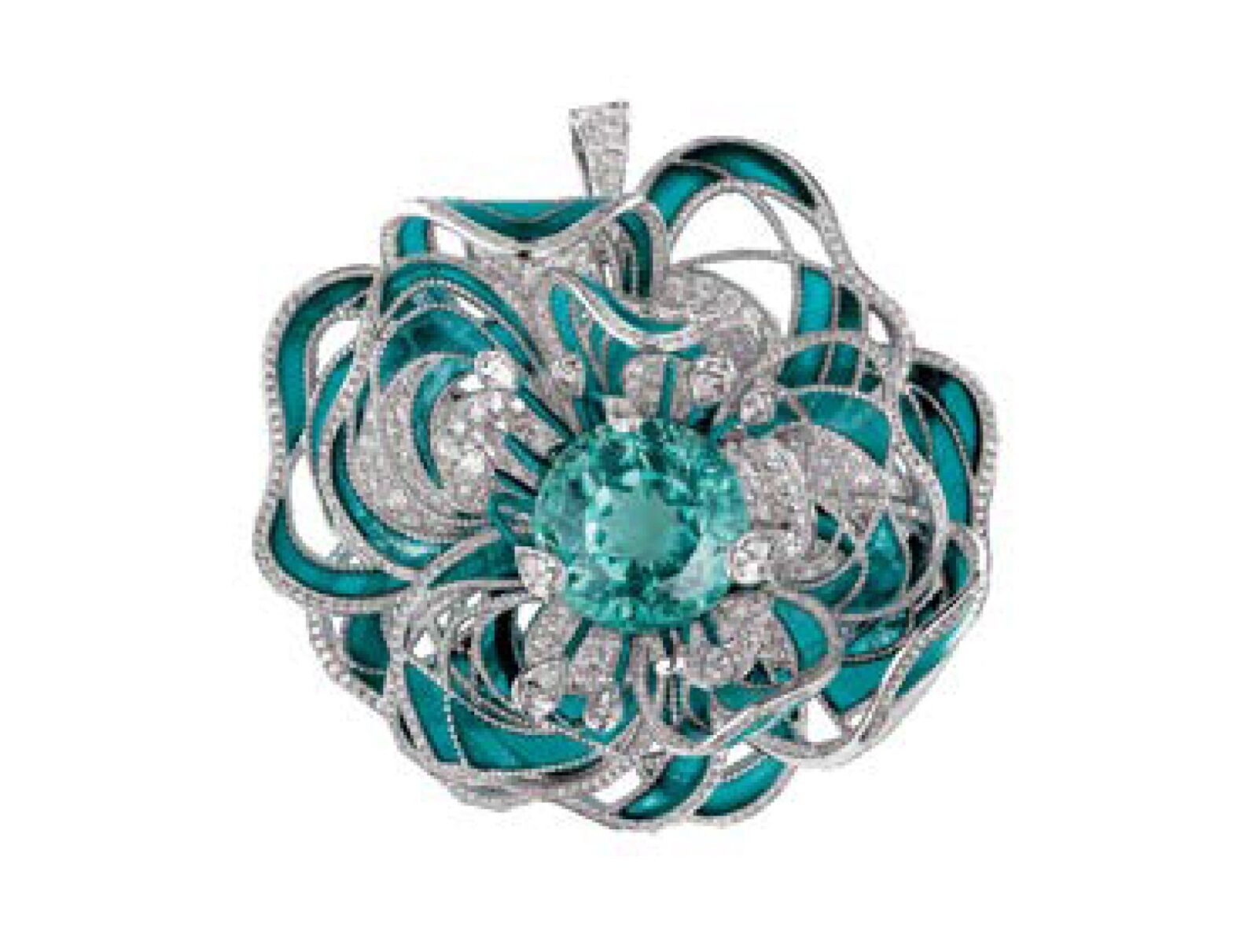 Woolton cleverly divided her book into the four seasons. Flowers that grow in each season are identified and then for each flower, she showcases how the great artists interpreted these blooms. For the meek daisy, you see how Graff Diamonds, Suzanne Belperron, David Morris, Cartier, Verdura, and Jean Schlumberger crafted interpretations.  For the pillowy peony, Van Cleef & Arpels, Michelle Ong, Anna Hu, and Cartier are prettily displayed.

“Jewelers are drawn to the challenge of conveying the essence of each season,”  says Woolton. “Some blooms in particular, such as the rose, peony or orchid, hold a universal appeal for jewelry designers and are recreated as close as possible to nature. Other flowers lend themselves to more abstract representation.”

As she reveals with the loveliest of photographs,  some jewelers choose to study the fragility of flowers, depicting one moment in the life of a bloom, either budding, flowering or slowly withering.  The goal is to  “document with hard stones, pearls, and enamel that one sublime moment in nature, so that it lasts forever in a jewel.” 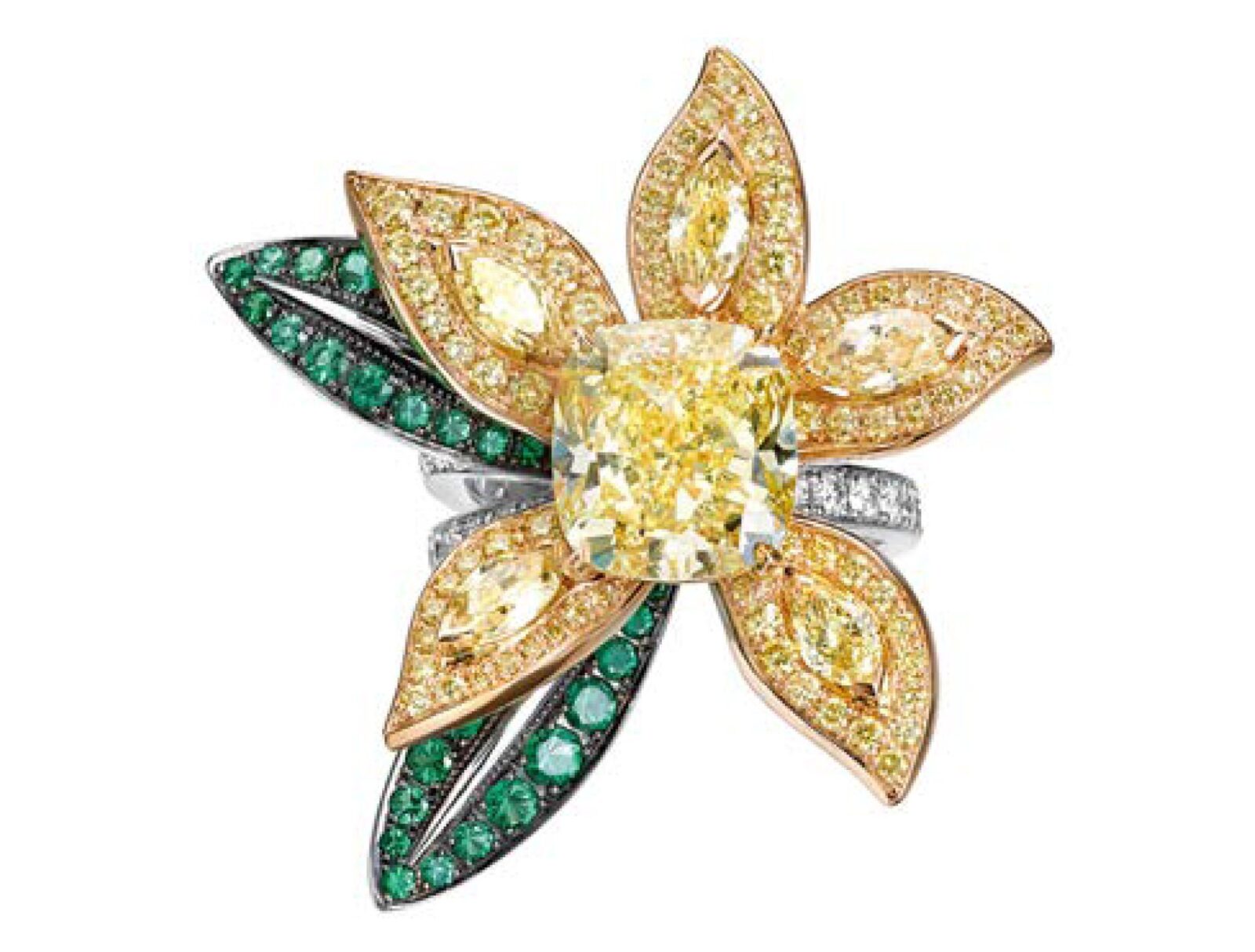 She also tracks all the fashion trends throughout history, explaining why one flower was in vogue at different times.  Everyone knows about tulips during Amsterdam’s obsessions in 1634, but there have been other eras where certain flowers dominated the culture.

“Each generation has its own flower,” explains  Woolton. “The orchid was the flower du jour for Victorian hothouses, the thistle was a favorite pinned to the lapels of 1940s fashionistas, whereas now, as the world frets over environmental issues, biodiversity and hedgerow regeneration, a new wave of floral jewels reflects a revived interest in wildflowers and retro-romantic wayside blooms. “ 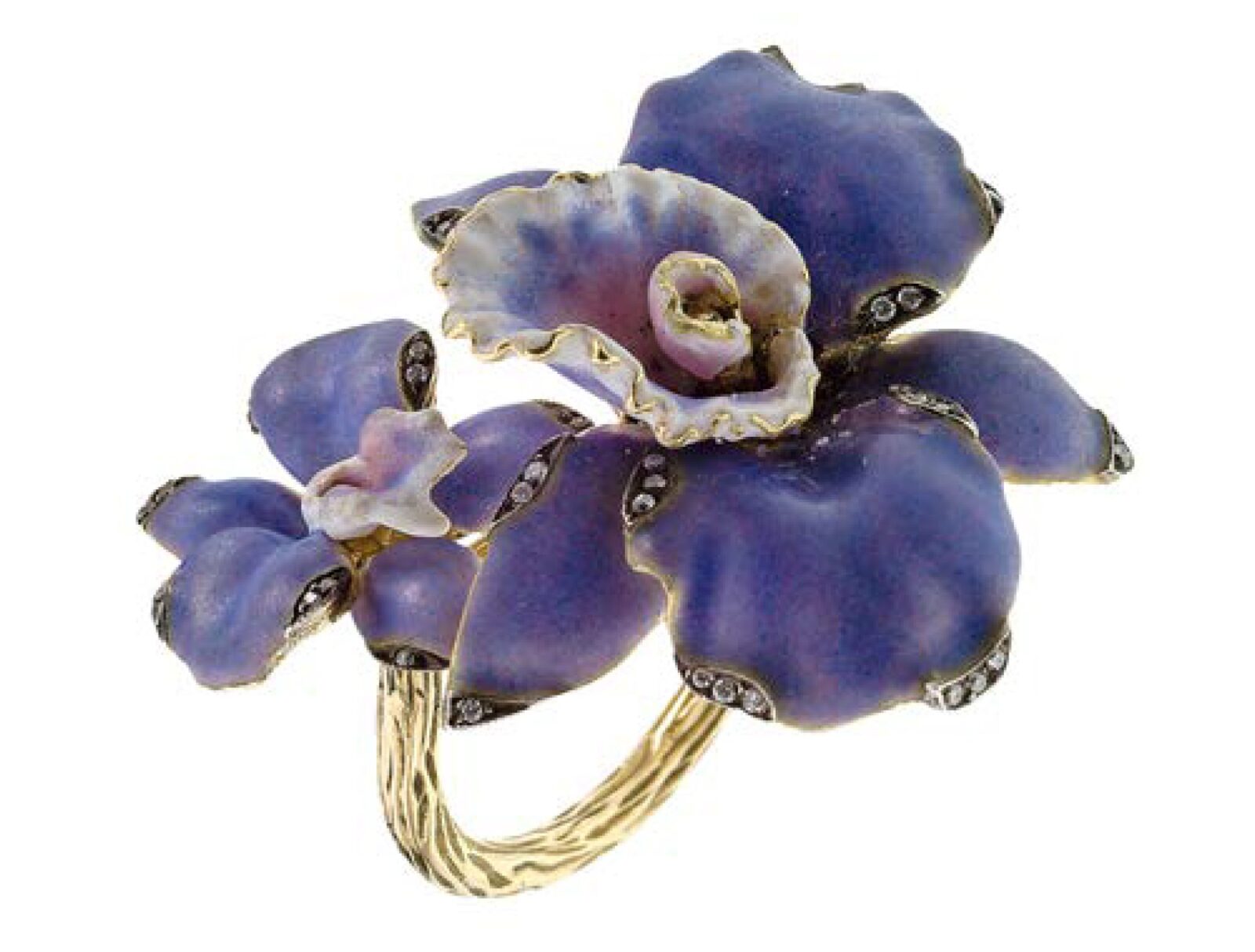 So while China swooned for the chrysanthemum and Japan pined for cherry blossoms, “humble buttercups and dandelions are now the focus, just as they were when Rene Lalique created jewels around 1900; slender golden branches of hawthorn and blackthorn hold clusters of rose-gold berries, with citrines and black pearls.”

This book will introduce you to the names behind the brands,  as well as cherry-picking literary quotes and stories about why the designers created their designs. It is often for love of course. Romance, adoration, joy, longing, remorse, devotion are all emotions soaked into the glimmering stones along with a love of nature.

Notes Woolton, “Jewelry designers are the ultimate conservationists of our floral life.”   Indeed they are and Woolton is a treasured gem.  – Jill Brooke