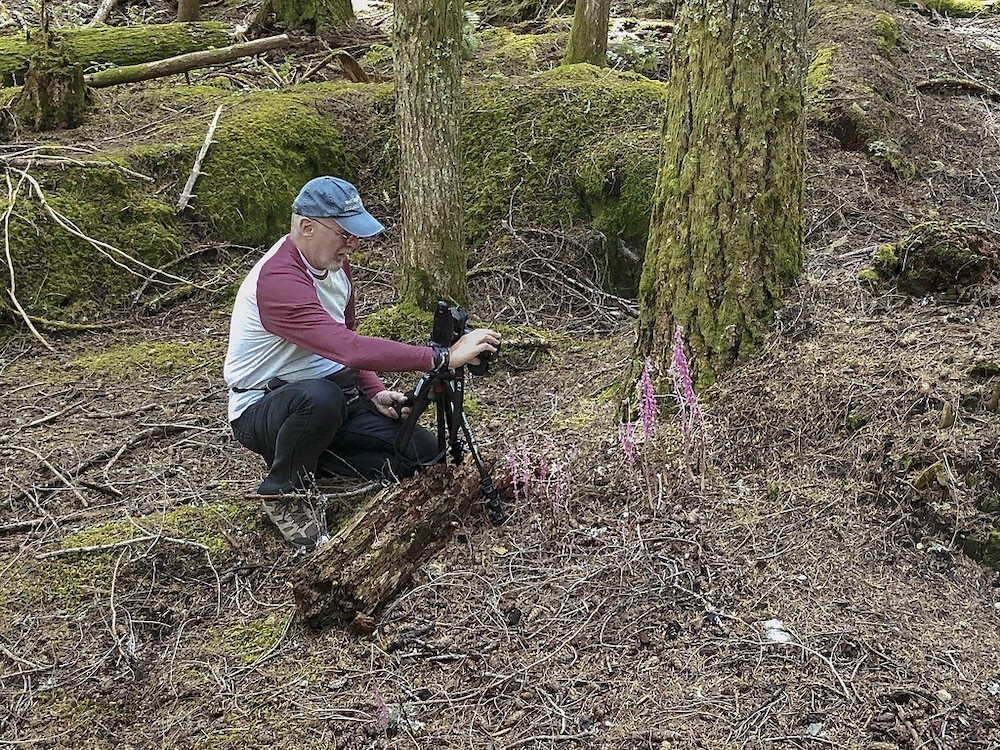 Talk about good things come to those who wait.

Nature photographer Jim Fowler has been capturing the kaleidoscopes of colors in orchids for decades. The amiable Fowler has trekked through mountains,  through forests and through fields to find the most exotic breeds and document orchids in every shape and form.

After the U.S. Postal Service decided to create a series of orchids, they were steered to Fowler by a botany professor the agency sought for advice.

“It’s the trifecta,” says Fowler, who lives in South Carolina. “I’m a stamp collector, a photographer and specialize in orchids.” He’s also an author.

Fowler literally had thousands of photographs for art director Ethel Kessler to sift through.

It was not such an easy task.

The USPS had planned only to do four orchid stamps but the selection was so good that it was hard to limit themselves. It soon expanded to ten choices which represented a variety of different colors, shapes, and sizes of flowers, as well as represent the different growing regions where orchids can be found.

Now the Wild Orchid stamps will be officially unveiled on February 21st to the public.

Each stamp features a photograph of one of nine species that grow wild in the United States: Cypripedium californicum, Hexalectris spicata, Cypripedium reginae, Spiranthes odorata, Triphora trianthophoros, Platanthera grandiflora, Cyrtopodium polyphyllum, Calopogon tuberosus and Platanthera leucophaea. There are two photographs of the species Triphora trianthophoros, shown from different angles and highlighting different parts of the flower to round out the 10.

Since 1847, the Postal Service stamp program has celebrated the people, events and cultural milestones unique to the history of the United States. There is a Citizens Board that goes through all the ideas before creating a selection. The 2020 stamp subjects continue this tradition by offering a potpourri of topics that connect people together.

“These miniature works of art offer something for everyone interested in American history and culture,” said U.S. Postal Service Stamp Services Acting Executive Director William Gicker. “From notable figures such as golf legend Arnold Palmer and esteemed journalist Gwen Ifill to the cultural phenomenon of hip hop to a celebration of the great outdoors, this program is wide-ranging and adds to the history of our great nation as recorded through the U.S. stamp program.”

Not surprisingly, flora has been a very popular theme throughout the U.S. stamp program’s history. 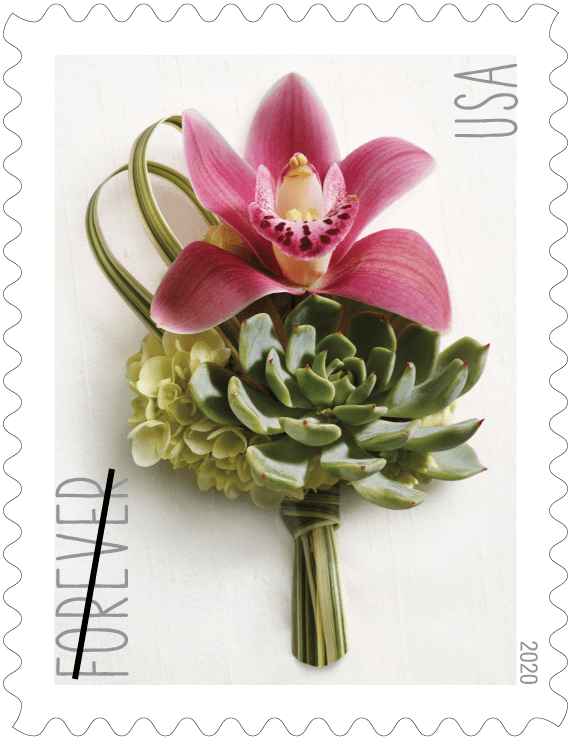 In fact, in April, the U.S. Postal Service will showcase a series called “Contemporary Boutonniere.”

Since the majority of weddings are in the summer and in September, these stamps become super popular for wedding invitations.

But the U.S. Postal team also points out that these stamps are also ideal for any party invitation, thank-you note or “other occasions when a beautiful stamp is fitting.”

The stamp features a photograph of an arrangement of a burgundy mini-cymbidium orchid bloom, a succulent and a touch of green hydrangea, accented with loops of variegated lily grass. These materials are on-trend for today’s modern designs, as arranged by floral designer Carol Caggiano and photographed by Renée Comet. Art director Ethel Kessler also designed this stamp.

Because invites these days can also become very heavy – with that extra special paper stock – there will also be a new 2-ounce stamp with a similar design. Hooray. This is good business since it does ruin the effect when you have an embossed or calligraphed invitation with an artistic stamp and then learn you have to add that ugly $2 cent more stamp.

“This stamp can accommodate the weight of heavy invitations for birthdays, weddings, anniversaries and other celebrations, oversize greeting cards for all occasions, and mailings such as small gifts that require extra postage,” said Gicker.

The stamp features a photograph of a corsage containing a spray of peach roses and a pink ranunculus, accented with deep-pink heather and seeded eucalyptus. A cream-colored lace ribbon entwines the flowers. Garden Corsage is similar in design to the Contemporary Boutonniere Forever stamp, and the two form a natural pairing such as strawberries and cream, and honey to bees.

Later in the year, there will also be another series on “American Gardens” that we can’t wait for. 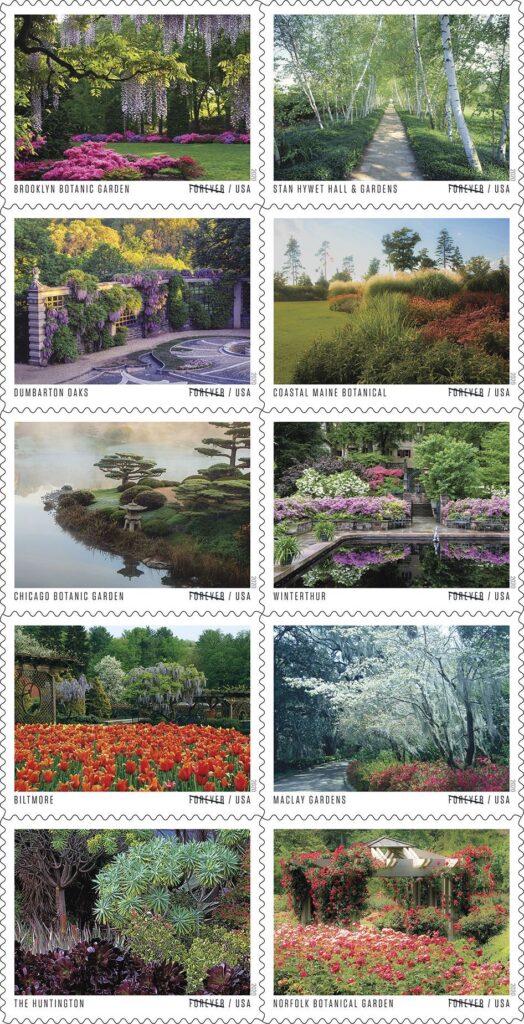 But right now, all eyes are on February 21st when the orchid stamps will be unveiled with the American Orchid Society and the deserving Fowler gets his “15 minutes of fame.” But of course, flora teach us that flowers bloom when they are ready. And Fowler’s 15 minutes of fame is a result of decades of passionate and diligent work doing what he loves.